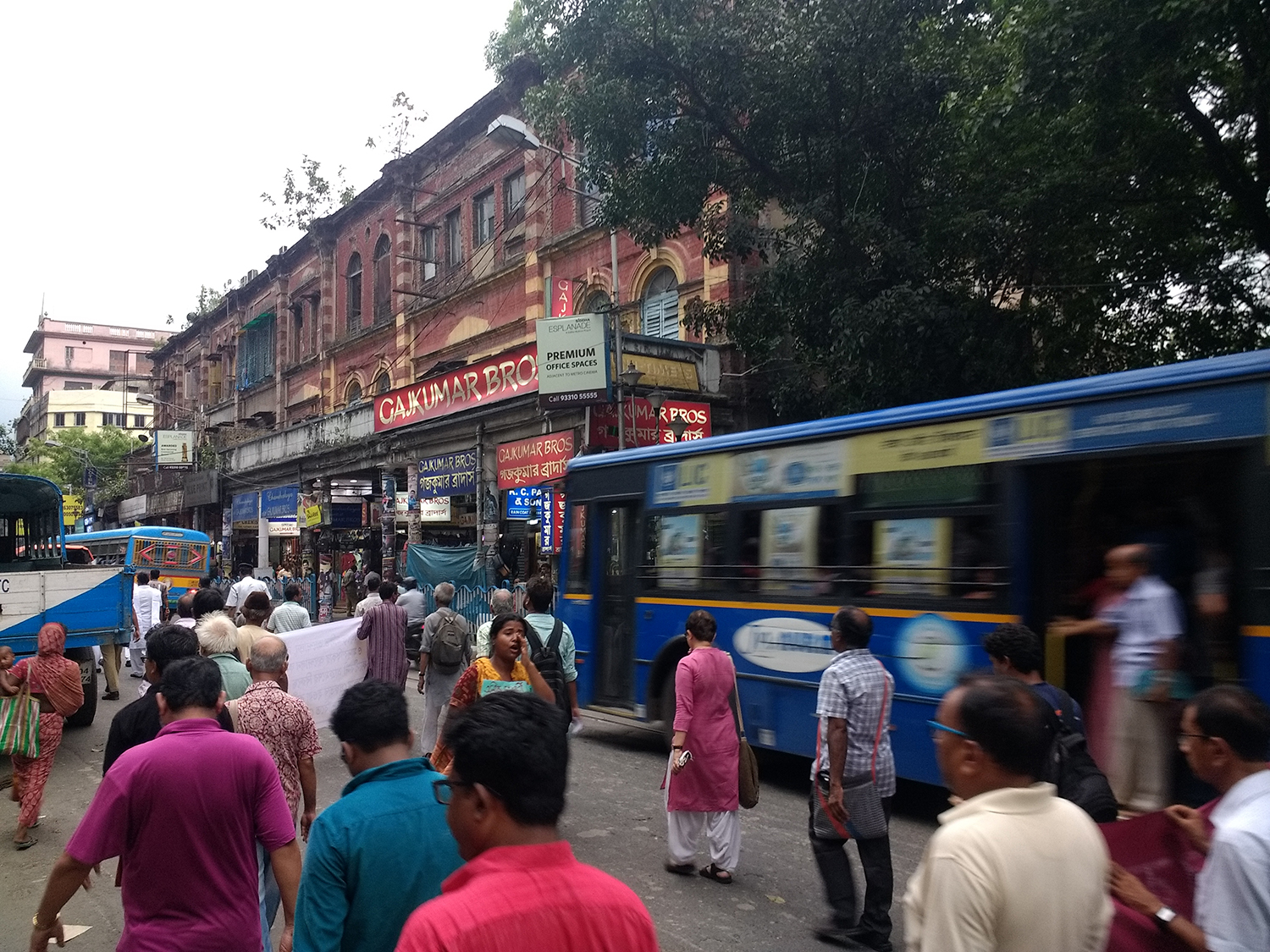 Groundxero : As election year approaches, the Modi government claims to have discovered a fantastic Maoist plot to the PM’s life. We have written earlier about how this eerily mirrors a pattern of such purported assassination attempts on the life of then Gujarat CM Narendra Modi in the build-up to the 2007 elections. “From 2003 to 2006, there were 22 police encounters and all of them had almost had the same story line. Terror operatives apparently coming to Gujarat with the plan to kill the Chief Minister and the Gujarat cops foiling each and every attempt. Before any such assassination could have taken place, the police would kill the terrorists. Amongst such cases, the one that gathered media attention was that of Ishrat Jahan, Sadiq Jamal, Tulsiram Prajapati and Sohrabuddin Sheikh. Many of these encounters have been dubbed as fake, and the top cops of Gujarat Police like DG Vanzara underwent long periods of incarceration for their role in these killings. Questions were also raised regarding the role of current BJP president Amit Shah and he also had to face jail time over his involvement.” With the 2019 general elections around the corner, time tested methods of diversion and image building are being used again, this time with the alleged Maoist letter. Alongside protests in various Indian cities, there have been at least three protests in Kolkata. The first of these was organised by the Association for Protection of Democratic Rights, on 11th June. 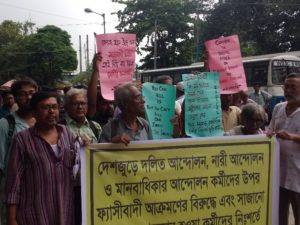 Standing by Lenin’s statue in Esplanade, waiting for the rally to start, Tapas Chakraborty, office bearer of APDR and CDRO, spoke to Groundxero about his experience working with those arrested in the course of a recent fact-finding mission to Gadchiroli, Mahashtra. After the encounter killing last month of 40 alleged Maoists at one go by security forces in Gadchiroli, a large team of human rights activists had visited to conduct an independent study of what had occurred. [Their report can be viewed here, and our Bangla summary here.] Four of those arrested – Sudhir Dhawale, Surendra Gadling, Mahesh Raut and Rona Wilson – were part of the fact-finding team, and the fifth, Shoma Sen, had hosted them while they were en-route. It is difficult to think, he said, that just last month we were together for 4-5 days, and now suddenly they are behind bars! With these arrests the state is in effect doubling down on human rights violations by targeting those fighting for human rights. 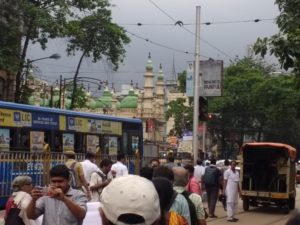 The rally started and marched along to a variety of slogans – announcing the march and its intention to continue, different ones calling for the unconditional release of the five activists arrested – highlighting their individual work, demanding answers from the Modi government on the rationale for the arrests, stating that we will not accept these unjust actions of the state, stating that we will not accept BJP’s capitalist conspiracies, calling for the burning down of the UAPA, calling out the false Maoist ruse for the arrests, refusing to bow down to a fascist state, refusing to bow down to state terror, calling for the release of Alik Chakraborty – arrested in connection with the struggle against a power grid in Bhangor, and calling out discrimination against religious minorities, adivasis, women, and dalits. Kolkata police were diligently taking photographs, and had also arranged a vehicle with a video camera facing the rally to go along in front throughout the march. Slogans inevitably veered against this in-your-face surveillance. In a little over thirty minutes the rally made its way by blocking arterial roads and through small streets to reach Bowbazar Bank of India crossing. Arrangements had been made there for speeches from a podium at the street corner, and some chairs for people to sit in. Speakers came up one after another in the by now pouring rain. 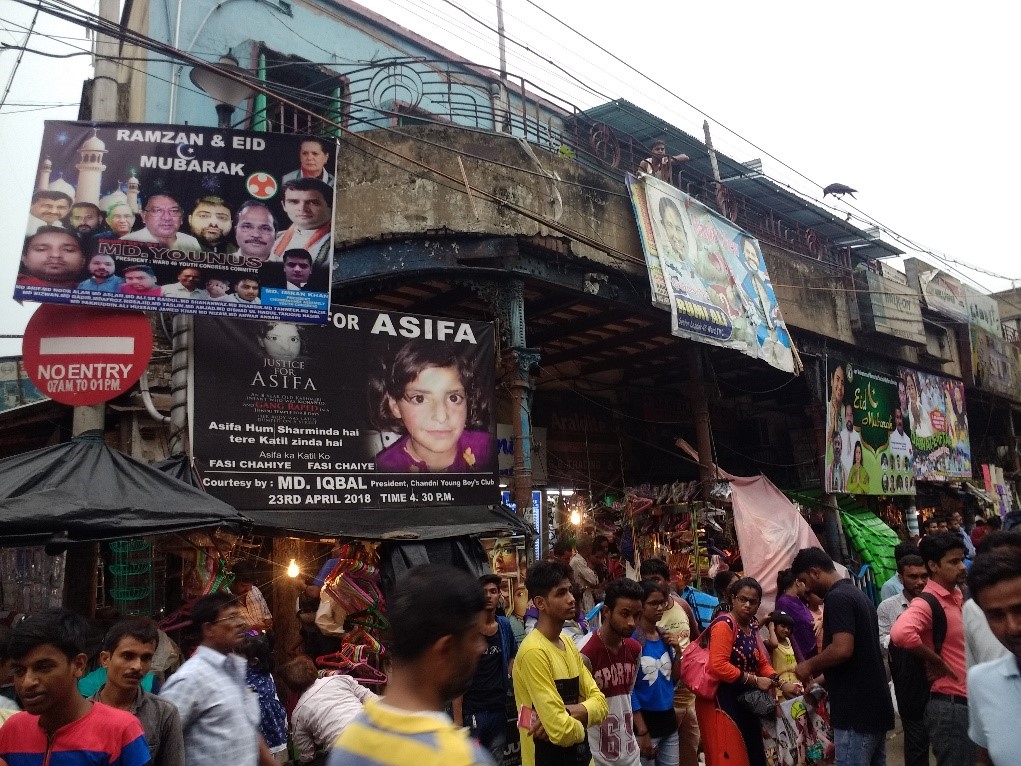 People and posters look at the rally

Saradindu Uddipan from the Songbidhan Banchao Committee (Committee to Save the Constitution) spoke about the struggles of dalit people in Bhima Koregaon, highlighting the state’s targeting of activists associated with the cause, instead of taking action against the Hindu right-wing extremists who attacked a peaceful rally. Paying his respects to Bhimrao Ambedkar, and referring to events such as the suicide of Rohith Vemula in Hyderabad, he identified broader patterns of discrimination and attacks faced by dalits today, and criticised the watering down of the SC/ST Prevention of Atrocities Act. He ended by promising that the Modi government would soon see the power of people rising behind the blue flag.

Rangta Munshi of APDR moderated the event, and with her follow-up comments after every speaker tied together the series of speeches. Swapna Banerjee of APDR spoke about working with Prof. Shoma Sen as both members of Women Against Sexual Violence and State Repression, and how Prof Sen has now been arrested on false charges. Sushil Mandi spoke of being referred to in the alleged Maoist letter, and of death threats he has been receiving from different people. Apurba spoke of how Rona Wilson worked for the release of political prisoners, and now we are doing the same for him; how Advocate Surendra Gadling was working as the lawyer of Prof G.N.Saibaba – presently serving time in an Anda Cell on charges of extremist activity, despite being 90% physically disabled – and now we are fighting for the release of his lawyer. Other speakers related the repression faced in this context to that in Tuticorin or Bhangor, or spoke of dalit mobilisation in the country, and the various threats that the BJP is trying to contain with the bogey of a Maoist threat to the PM’s life.

Source for all photos, except where stated otherwise: GroundXero