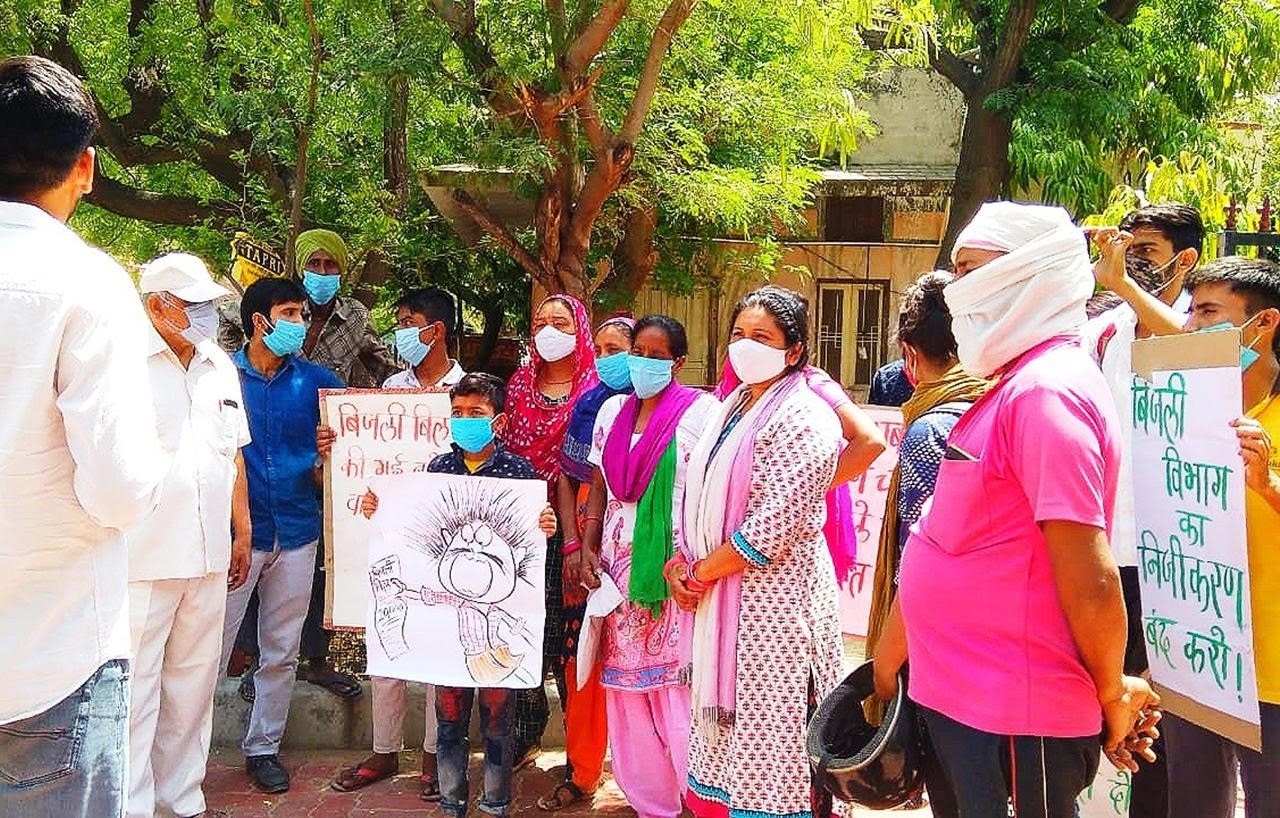 Power consumers in Rajasthan have been bearing the brunt of massive and arbitrary hikes in electricity tariffs for the last few years. Groundxero has earlier reported the ongoing protests by villagers of Rajasthan against these arbitrary charges and the adverse role of the administration. Yesterday, slum-dwellers along with students, workers and activists held a protest demonstration in Jaipur. Almost every state government is privatizing public utility services for the benefit of the corporations (like Adani Power in this case) at the expense of the common people. But the people are also organizing and resisting such measures. A Groundxero report.

“Why does the Congress party that has promised 200 units of free electricity during elections charge the most for electricity when it comes to Rajasthan, the state where it is in power?” Ask the angry protesters.

12 April, Jaipur: The Bijli Upbhogta Sangharsh Samiti held a protest demonstration at the Malviya Nagar Assistant Engineer’s Office and submitted a memorandum against the excessive and arbitrary hike in electricity bill. The slum-dwellers in the Indra Nagar Kacchi Basti, Sardar Basti Jhalana and Malviya Nagar Kachchi Basti participated in the protest. Students from Rajasthan University and other institutions in the city, social workers and daily laborers joined them and participated in the protest as well.

The women from the slums lamented the excessive and unaffordable electricity bills which were being imposed on them. Sunita ji from Jhalana said, “People are trying to cope with it by arranging money from various sources but just as one bill is taken care of, another bill becomes due for payment. These bills are like mountains. And if they remain unpaid, the electricity connection is cut off, the meters are uprooted. Do our aged and sick family members, young children have to live in the heat and darkness just because we do not have a job with decent wage? Are the children of the poor not entitled to study? The government should either provide us work or reduce the bill.” 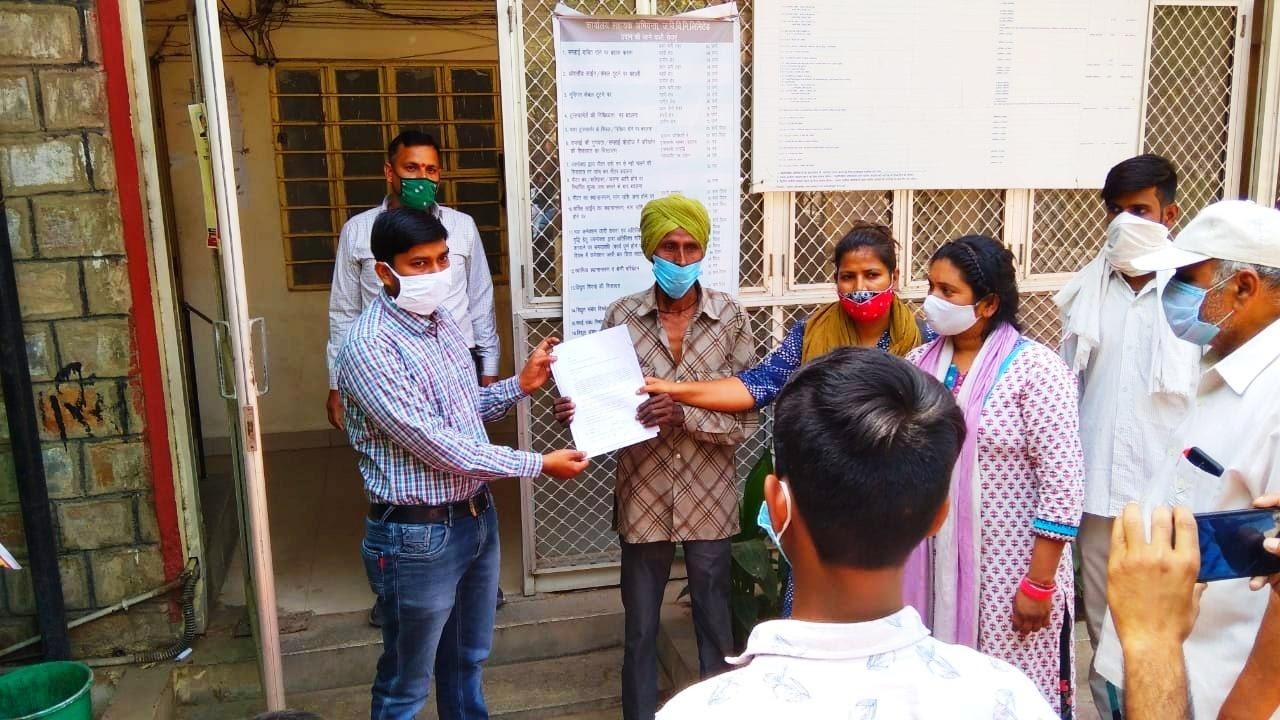 The Samiti, which has been supporting the power consumers from different villages to unite and protest in various forms, and has also conducted a campaign travelling across the state last month, says that the Rajasthan Government wants to convert the electricity supply system from a public service to a source of profit for the power companies. Right now the power companies are looting the people as much as they wish. Rajasthan is one of the most prolific power generating states in India, and yet electricity in Rajasthan is the most expensive in the country. Due to faulty meters, anti-people policies of the Electricity department and the greed of the power companies, the people are charged arbitrarily high amounts, and are also forced to pay various types of tariffs, fixed charges, taxes, fuel surcharges etc. The bill could be twice, or thrice or even twenty times more than the fair amount. The settlement committees do not involve the consumers in the settlement process and act in an arbitrary manner as well. This has been causing terrible economic and mental stress especially on the people living in the slums. The Samiti says, the government should understand the situation of the people and bring basic facilities like electricity within the reach of every citizen, while fixing tariffs for them.

The main demands of the Samiti are: