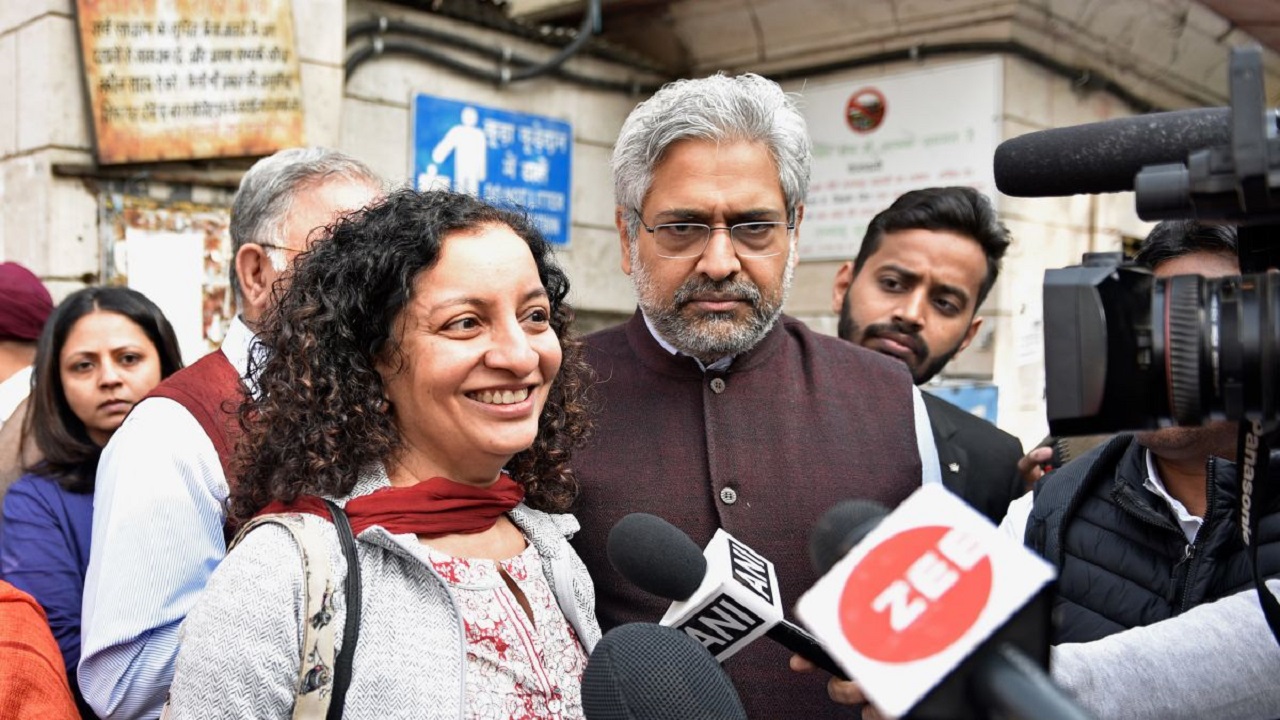 The acquittal of Priya Ramani is not a battle won

While Priya Ramani’s acquittal seems like a victory, let us not forget the woman was on trial, like she always is, writes Pritha Paul.

Criminal defamation, a colonial law enacted by the British, to stifle any voice of dissent, is one that has been used often by powerful members of the modern, democratic Indian society and even by the state machinery. This is not surprising, given the fact that way too many colonial laws have continued to live their after-lives in postcolonial India. The defamation law, in particular, has often been used to harass independent journalists and media houses into silence.

It did not come as a surprise to us when the Me-Too movement exposed to the world what women across states, languages, and cultures were already unfortunately aware of. That men, especially those in positions of power, use sexuality as a site through which to assert their power. It did not come as a surprise either, when one such woman sharing her personal lived experience was slapped with a criminal defamation charge by a “reputed” man of this country. M. J. Akbar’s long list of achievements is no doubt stellar. This is also what he banked upon, for a long time, to not only harass and assault young, intimidated women, but also to get away with it for a long time. And, it worked, precisely because in our competitive, hierarchical workplaces, categories like “achievement”, “career” and “power” can create extremely lopsided social relations, often juxtaposed upon larger social patriarchal relations, compelling women to simply shut up. While the case was brought to justice by the fearless testimonies of three brave women aided by their fierce lawyer, certain questions loom large over us, waiting to be addressed.

Numerous women have accused Akbar of inappropriate behaviour, and yet he was not the one being tried. Ramani, who had been psychologically manhandled at a young age by Akbar, was dragged to court to “prove” her trauma over a course of two years. Ghazala Wahab, her friend and witness, was required to recount her own harrowing experiences of physical sexual assault, in order to prove that a “reputed” man is indeed capable of doing such acts. It was a victory, when the court not only acquitted Ramani, but acquitted her on the basis of “exception of truth”, thus, essentially acknowledging the various accusations of sexual harassment and assault against her ex-boss.

However, this is not a battle won. The perpetrator still retains his social power, along with others of his kind. Akbar resigned from his party – Bharatiya Janata Party (BJP) — after the accusations went viral. But, he is still a Rajya Sabha member. National Herald had reported last year, 19 of the new Lok Sabha MPs are accused of crimes against women ranging, from kidnapping to rape to murder.

After the Kathua rape case where an 8-year-old Muslim girl was raped and murdered, the right-wing Hindu organisations took part in protests in favour of the accused, who all happened to be Hindu. The rallies were attended by two BJP ministers, and the case was portrayed as a conspiracy against Hindus. The same men, accused of violence against women, are the ones with power to make laws for this country. When it comes to the “woman question,” then, there obviously exists a conflict of interest. Indeed, it would be problematic to see the Akbar-Ramani case without taking into consideration the ways in which gender intersects here with anti-Muslim communalism. Akbar, who, so far, had dutifully performed the role of the “good Muslim,” as his important position in the Union Ministry prove, could also be disposed of easily, because, after all, he fits the Hindutva stereotype of an “oversexed” and “rapist” Muslim man. Thus, the case can hardly be termed as a “victory,” and instead, goes to show, the struggle for women seeking justice against sexual harassment, has become far more complicated.

Nothing explains this better than the despicable process employed to address allegations of sexual misconduct against our honourable ex-CJI, Ranjan Gogoi. When defamation was filed against Ramani, everyone was quick to quip, “If she has nothing to hide, she has nothing to fear!” But when it came to allegations against Gogoi, the woman was denied the very basic rights to a fair and public trial, as guaranteed under domestic and international law. Instead, the woman was forced to resign, and her family members were terminated from their jobs. She was subjected to a gruelling inquiry by an in-house committee, composed of the CJI’s colleagues, which did not follow the minimum requirements of due process.

It violated the Sexual Harassment Act of 2013, as well as the guidelines set up by the Supreme Court itself in the 1997 case of Vishaka vs State of Rajasthan, and the 2014 case of Additional Sessions and District Judge ‘X’ vs. Registrar General, High Court of Madhya Pradesh. While Gogoi went on to be seated at the Rajya Sabha, the Supreme Court recently decided to drop charges against him, stating that the allegations may have been part of a conspiracy to “defame” him. Sounds familiar? Juxtaposing Ramani’s case with this, it is clear that the law of the land is applied differently to different people, varying vastly across social, professional, political, religious, caste and financial status of the survivor and the perpetrator.

The Me-Too movement was not merely a social media phenomenon. It led to numerous initiatives, from setting up of the Time’s Up Legal Defence Fund to reform of the sexual harassment redressal process in the USA Congress. However, it is important to note that the movement had much less impact in India. More importantly, in India, it largely concerned women from the middle and upper-middle class backgrounds. Consequently, even as Priya Ramani’s “victory” was celebrated all over social media, issues of sexual harassment in custody of the dalit trade union activist like Nodeep Kaur, and the kidnapping of the nine-year old girl in Kashmir, did not appeal to the nation’s popular and dominant feminist imagination so much.

The court, while giving the judgement in Ramani’s case, observed and acknowledged that the lack of an adequate sexual harassment grievance redressal mechanism in pre-Vishaka era, that hindered the women from filing complaints. It must be stressed that even today, despite the development of sexual harassment laws, the practical picture leaves much to be desired. For working class women, especially in informal sectors, like construction workers, domestic workers, sanitation workers, factory workers, there is practically no legal or social protection. The POSH Act requires every workplace with more than 10 employees, to constitute an Internal Committee and it obligates the government to form Local Committees to look into complaints in the informal sector or against employers. This is, however, far from reality. Even when a committee exists, it is mostly a formality, and the members are either highly biased or unskilled to deal with such cases. Most women do not have either the time or the money to fight long court cases, they are too tied up in ensuring their survival. This means, they are left with no option but to silently endure the injustice.

Ramani’s phone conversation with her friend, journalist Niloufer Venkataraman, after the fateful event, reveals how silence becomes a necessary companion for women who want to live life on their own terms, without having to give up their ambition and aspirations. But our lives have never been our own. We have always been only a daughter, a sister, a friend, a girlfriend, a wife, a mother, or a grandmother. The judgement refers to Lakshman’s reverence for his brother’s wife Sita. Given the fact that in recent years, the epics have become extremely important to our national politics, it is possibly not surprising. However, at the same time, the judgement fails to mention Lakshman’s cruelty in cutting off another woman’s face. Precisely because, that woman happens to be Surpanakha—a demoness, a rakhushi. There are women who can be disposed of easily too. Consequently, the judge’s silence about Lakshman’s violence on Surpanakha, becomes an allegory of the ways in which the violence committed on the bodies of the Dalit, Adivasi, and other marginal women can be shoved under the rug.

Similarly, the judgement also fails to mention that after Sita was finally rescued from Ravana’s grasp, she was abandoned by her beloved husband, as he feared public disgrace and dishonour. The judgement, likewise, refers to Draupadi’s fiery arguments in Kuru Raj Sabha, but it fails to mention how she came about to be in that position in the first place. She was given up, like cattle, by her most righteous husband, Yudhishtira, when he ran out of property to gamble on. These men are not only glorified but also worshipped in our society. The burden we bear is to break away from this culture, to not reiterate and reinforce it through modern day legal judgements.

Women do not need to be deified, they only want to be treated as human, and mythologizing them only makes the work of humanization harder. We shall fight our fight drawing strength from women of flesh and blood, women like Mathura (Tukaram v State of Maharashtra) and Christine (Mohammad Farooqui v Govt of NCT of Delhi), who refused to be treated as anything less than a human and fought fiercely for their right to bodily autonomy. The system failed them. Perhaps the court would not have to turn to epics, mythologies and mythical women, had it done justice to these real women when it had the chance.

Also Read: International Solidarity is Not the Same As Imperial Aggression