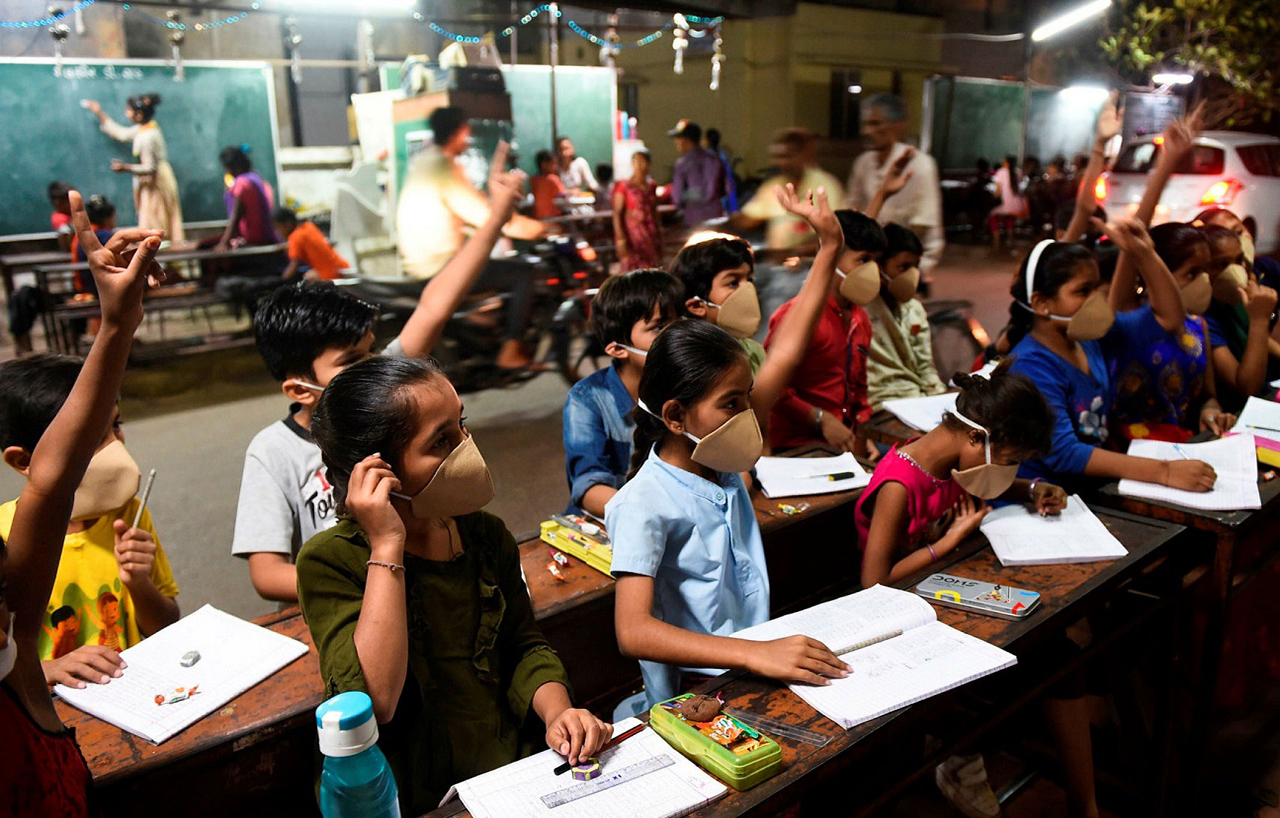 2020 has been a year of pushback on individual education dreams and aspirations. Schools closed and the state refused to provide a safety net to potential dropouts. Young children were pushed into the workforce, converted contractual teachers overnight became street vendors, and many girls were hard-pressed into marriage. The rapid shift to online education, in a country where the digital divide overlaps with socio-economic divides, also contributed to dropouts and pushed several poor students towards suicide. The Hindutva government, in the meantime, was busy making policy changes to institutionalize such pushbacks in order to pave the way for its political and ideological domination. The National Education Policy (NEP), promulgated in July, was an important step in that process, writes Akash Bhattacharya. 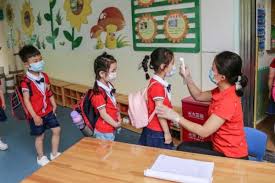 While walking on the streets of Bangalore a few weeks ago, I encountered a novel and disturbing sight: two young people, aged twelve or thirteen by their looks, begging, not to eat, but to study. The two stood at the entrance to a gated community with a placard that read: help us pay our schools fees.

To most people, 2020 has been the year the pandemic struck. The visible pains and spectacular battles caused by the lockdown have made headlines. Who did not notice the hungry and despondent migrant workers walking from the cities, hoping they did not encounter death on the way home? Who did not have an opinion on the pitched battles between angry workers and the lockdown enforcing authorities on the streets of Surat and the railway stations of Mumbai?

Not all pains have been so visible though, and not all battles were spectacular. Some were quietly fought, like the two young men’s battle to study by begging on the Bangalore streets. Aishwarya Reddy of Lady Sri Ram College in Delhi quietly insisted that the college authorities avoid routine delays in the disbursal of scholarships in the light of the lockdown induced financial difficulties. The authorities chose not to listen. Having hit a wall, Reddy quietly slipped away. She left behind a suicide a note saying that she no longer wanted to financially burden her family with her educational expenses.

Our ruling dispensation had little time for Aishwarya Reddy and others who suffered similar fates. 2020 has been a year of pushback on individual education dreams and aspirations.  Schools closed and the state refused to provide a safety net to potential dropouts. Young children were pushed into the workforce, converted contractual teachers overnight became street vendors, and many girls were hard-pressed into marriage. The rapid shift to online education, in a country where the digital divide overlaps with socio-economic divides, also contributed to dropouts and pushed several poor students towards suicide. The Hindutva government, in the meantime, was busy making policy changes to institutionalize such pushbacks in order to pave the way for its political and ideological domination. The National Education Policy (NEP), promulgated in July, was an important step in that process.

The influence of the Rashtriya Swayamsevak Sangh (RSS) is palpable on the learning objectives as defined in the policy document. It is a curious blend of the Sangh’s own values and constitutional values, done in a way that undercuts the significance of constitutional rights which happens to find no mention in the document. The policy mandates the encouragement of public private partnerships which at present takes many forms. Besides starting new schools, Non-Governmental Organizations (NGOs) and private ‘charitable’ organizations have started playing key roles in teacher-training, assessment, security services in school / university premises, and so on, as the government outsources these functions to private bodies thereby hollowing out the public sector from within even as it continues to exist in name. With no clarity on the regulation of participation by NGOs and private organizations in education, there is genuine apprehension that RSS backed bodies will find a greater role in the system.

The NEP normalizes the current deeply unequal and exploitative employment landscape and seeks to mould schools, colleges and universities to suit the same. It proposes that courses be downsized, affirmative actions be compromised, vocational training be introduced at the middle school level, and students be prepared early for not only their first but also their second, third and subsequent jobs. ‘Flexibility’ in learning, another word for learning to cope with structural unemployment and low-quality employment rather than how to question and challenge the status quo, is passed off as ‘empowerment’. This strikes at the heart of democratic rights to education earned by anti-caste, feminist and Left struggles over several decades and prepares the ground for a reconsolidation of upper caste/class dominance in society.

Big corporations stand to profit enormously by being handed a cheap, pliant labor force through a massively downsized, vocational education, and a likely reshaping of curriculum that could greatly de-politicize education. In recent times, philanthropy in education has emerged as a key site of private investment and the NEP seeks to make it the norm rather than the exception. The presence of neoliberal global financial institutions in Indian education is also set to increase through proposed partnerships between state governments and the World Bank in the ‘Strengthening Teaching-Learning and Results for States Program (STARS)’ project.

The promulgation of problematic policies has gone hand in hand with state repression of student dissent and destabilization of spaces that present a political and ideological challenge to the ruling regime. Our public universities have been, through the last decade, an important space of political churning, with Marxist, Ambedkarite and Feminist ideas and practices all in the mix. Amidst mutual suspicions, tentative solidarities and hopeful friendships, these spaces have thrown up a strong political challenge to Hindutva and Neoliberalism. 2020 has witnessed a direct confrontation between the state and these spaces.

2019 ended with brutal repression on Cotton College, Guwahati, Aligarh Muslim University (AMU), and Jamia Milia Islamia (JMI), since anti-CAA and/or anti-NRC protests found a home there. 2020 started with an armed attack in Jawaharlal Nehru University (JNU) by assailants mobilized by the Akhil Bharatiya Vidyarthi Parishad (ABVP), in the wake of sustained anti-fee hike protests. The assaulters have not yet been punished though the public vilification of JNU as a waste of taxpayers’ money has continued. As the year unfolded, several students and teachers of Delhi University, JNU, AMU and JMI have been arrested by the police under the false charges of instigating the Delhi pogrom and/or conspiring with ‘Naxals’ to perpetrate violence at Bhima Koregaon in 2018. Many of them have been charged under the draconian Unlawful Activities Prevention Act (UAPA).

The repression was meant to be a lesson to students and young, educated people – dare you act on what you learn, dare you dissent, dare you step out of universities and fight for justice on the streets, and the prisons await you! The warning has however, thankfully, fallen on deaf years. Students and teachers have continued to teach and learn politically; they have continued to resist Hindutva, fee hikes and job losses, within institutional spaces and on the streets. There has been an unprecedented unity among democratic organizations in opposing both STARS and the NEP. Students have inverted the lopsided discourse on educational subsidies by suggesting “Ask not why JNU fees are low, ask why your fees are high.” Activist groups in education have forged wider solidarities with farmers’ movements and have started exploring new kinds of solidarities with workers’ movements in the wake of an increasingly flattened education-employment distinction. There might not be much to celebrate about Education 2020, but much to take heart from and build upon.