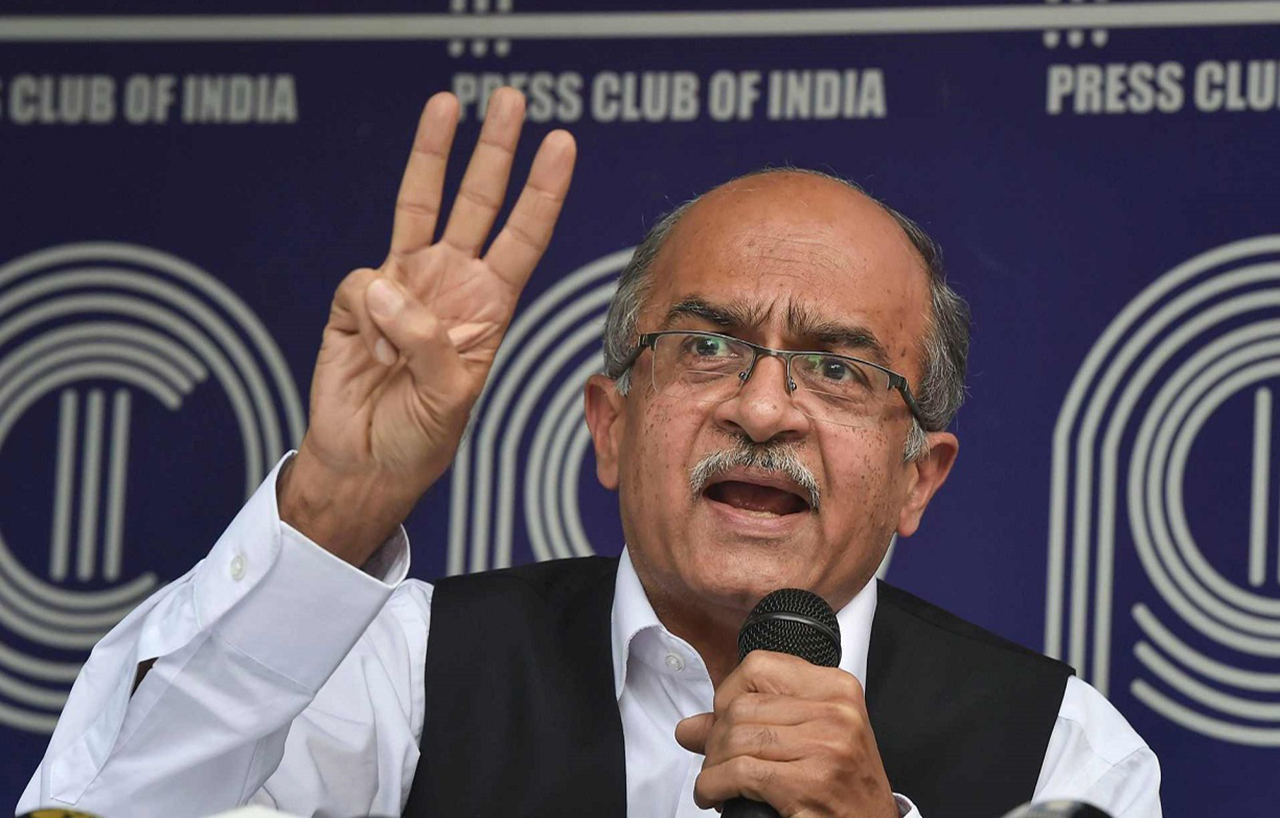 “I do not ask for mercy. I do not appeal to magnanimity”— Prashant Bhushan before the SC

The statement read out by Prashant Bhusan before the SC. He refuses to apologize and submits himself to any penalty that can lawfully be inflicted upon him for what the Court has determined to be an offence, and what appears to him to be the highest duty of a citizen.

The statement read out by Prashant Bhushan before the SC

I have gone through the judgment of this Hon’ble Court. I am pained that I have been held guilty of committing contempt of the Court whose majesty I have tried to uphold — not as a courtier or cheerleader but as a humble guard – for over three decades, at some personal and professional cost.

I am pained, not because I may be punished, but because I have been grossly misunderstood. I am shocked that the court holds me guilty of “malicious, scurrilous, calculated attack” on the institution of administration of justice. I am dismayed that the Court has arrived at this conclusion without providing any evidence of my motives to launch such an attack. I must confess that I am disappointed that the court did not find it necessary to serve me with a copy of the complaint on the basis of which the suo motu notice was issued, nor found it necessary to respond to the specific averments made by me in my reply affidavit or the many submissions of my counsel.

I find it hard to believe that the Court finds my tweet “has the effect of destabilizing the very foundation of this important pillar of Indian democracy”. I can only reiterate that these two tweets represented my bonafide beliefs, the expression of which must be permissible in any democracy.

Indeed, public scrutiny is desirable for healthy functioning of judiciary itself. I believe that open criticism of any institution is necessary in a democracy, to safeguard the constitutional order. We are living through that moment in our history when higher principles must trump routine obligations, when saving the constitutional order must come before personal and professional niceties, when considerations of the present must not come in the way of discharging our responsibility towards the future. Failing to speak up would have been a dereliction of duty, especially for an officer of the court like myself.

My tweets were nothing but a small attempt to discharge what I considered to be my highest duty at this juncture in the history of our republic. I did not tweet in a fit of absence mindedness. It would be insincere and contemptuous on my part to offer an apology for the tweets that expressed what was and continues to be my bonafide belief. Therefore, I can only humbly paraphrase what the father of the nation Mahatma Gandhi had said in his trial: I do not ask for mercy. I do not appeal to magnanimity.

I am here, therefore, to cheerfully submit to any penalty that can lawfully be inflicted upon me for what the Court has determined to be an offence, and what appears to me to be the highest duty of a citizen.