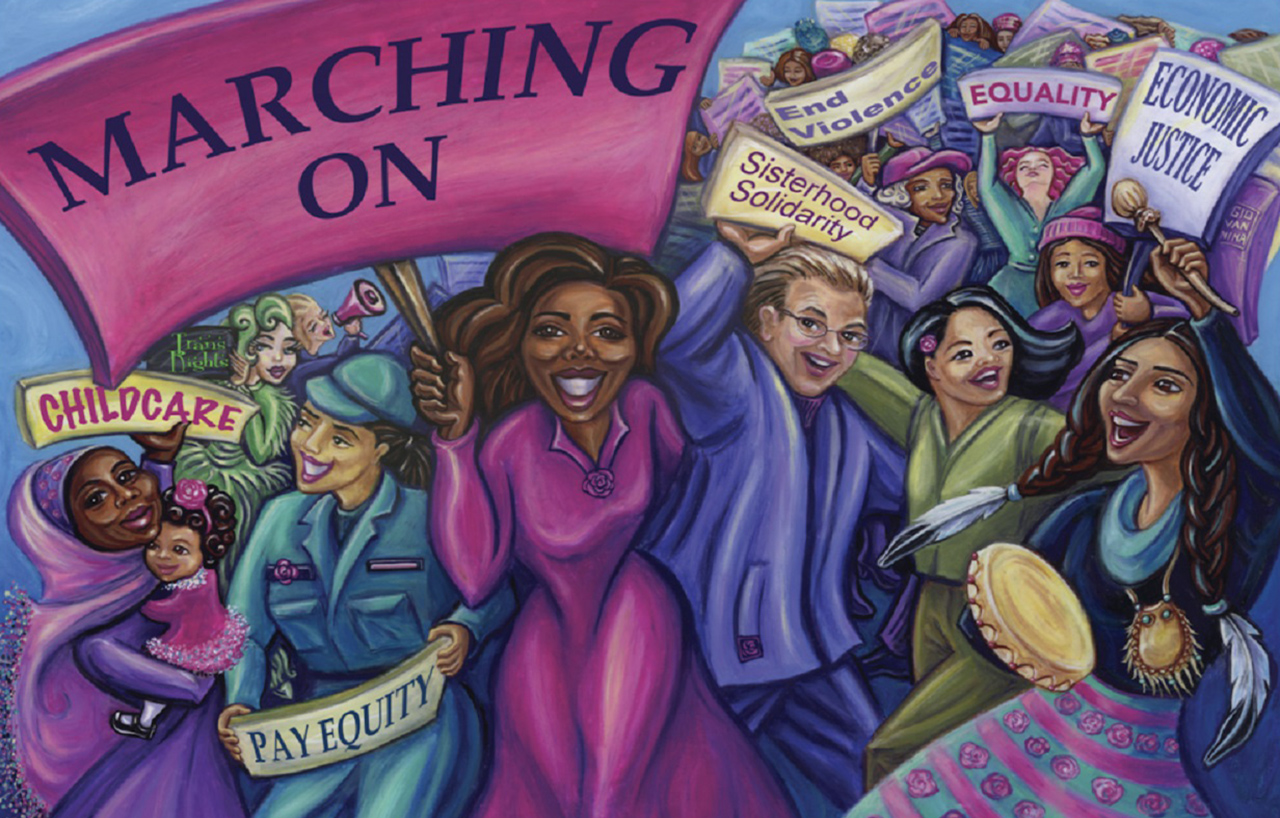 A recently released Oxfam report informs, women and girls perform 3.26 billion hours of unpaid carework each and every day – a contribution to the Indian economy of at least Rs 19 lakh crore a year, which is 20 times the entire education budget of India in 2019 (Rs 93,000 crore). At the same time, one of the basic rights to earn a livelihood outside of one’s familial household, is denied to an overwhelming number of women in India. The legacy of International Working Women’s Day on March 8th, invites us to take a renewed look into such realities and the ensuing questions, writes Sharmistha Choudhury.

It is a telling commentary of the challenge-ridden times we live in, that whereas International Working Women’s Day came into being with the slogan of shorter working hours, decent working conditions and proper wages for women, more than a century later, Indian women, by and large, are in no position to raise these basic demands, because in practice they are still denied the right to work for a living!

Engels commented once, that the first premise for the emancipation of women is the reintroduction of the entire female sex into public industry (a proposition with which this writer wholly agrees). In India, the abysmally low female Labour Force Participation Rate (LFPR) — the share of working-age women who report either being employed, or being available for work — is an indicator of the status of women in this traditionally and ruthlessly patriarchal society. India’s female LFPR has fallen to a historic low of 23.3% in 2017-18 (from around 35 % in 1990). In other words, over three out of four women over the age of 15 in India are neither working nor seeking work. If you leave aside the slim percentage of women engaged in higher studies, the above statistics would imply that the overwhelming majority of women in the country are neither working nor seeking work because of societal constraints, including a very bright red signal from the family and the disproportionate amount of unpaid carework they have to compulsorily perform within the household, that leaves them with no opportunity to seek employment outside the house.

Just nine countries around the world, including Syria and Iraq, now have a fewer proportion of working women than India, which ranks the last among BRICS countries in terms of female LFPR. The global share of women in the workforce is a sorry 40% — sorrier still is that India at 23-something per cent is well below even this pathetic average. Add to this the fact that a total of 2,249 unemployed women in India committed suicide in 2018, taking the total number of suicides by unemployed women and men to a figure greater than suicides by farmers. Clearly, India is a country that does not encourage her women to work outside home.

This is further ratified by the statistics available for those women who are employed outside the household. The average working Indian woman works a longer week than her counterparts in the developing country. The average employed Indian woman worked 44.4 hours per week (in the April-June 2018 period), as against the average in developing countries, which often caps at 35-36 hours, as per ILO estimates. While Iceland has recently passed a law that makes it illegal to pay women less than men for the same work, in rural India a male salaried employee earns nearly 1.4 to 1.7 times more than a female salaried employee. While in urban areas, salaried men earn 1.2 to 1.3 times more than a salaried woman. According to a recent Oxfam report ‘Time to Care’, released in January this year, such is the income inequality in India, it would take a female domestic worker 22,277 years to earn what a top CEO of a technology company makes in one year.

Interestingly, the Oxfam report further comments, women and girls perform 3.26 billion hours of unpaid carework each and every day – a contribution to the Indian economy of at least Rs 19 lakh crore a year, which is 20 times the entire education budget of India in 2019 (Rs 93,000 crore). Now, if carework had been socialized and industrialized – if communal kitchens, public laundry, crèches for children and the like had to replace today’s system of individual women and girls spending billions of hours cooking, cleaning and caring for children and the elderly – then not only would employment be created, but also women’s unpaid work would be replaced by work for wages.

Unpaid care work is said to be the ‘hidden engine’ that keeps the wheels of our economies, businesses and societies moving, and little wonder that this ‘hidden engine’ is driven by women who have little time to get an education, earn a decent living or have a say in how the society and country is run, and are, therefore, trapped at the bottom of the economy and thus also at the bottom of the social ladder. Yet, no government till date, has come up with a policy to replace this unpaid carework with socialized and paid carework as a means of empowering women. In the long years since 1947, it can unequivocally be said that no government has shown either the will or the vision to initiate such a policy. Indeed, even our venerated Constitution does not reflect any such directive or guideline.

If not resisted, these communal tools will make women further vulnerable to devastation, displacement and even disenfranchisement. The evil design of transforming India into a Hindu Rashtra, based on the precepts of Manusmriti, where women are but objects of male desire and slaves of patriarchal families, is only too brightly visible.Thus, it is indeed heartening that the movement against CAA-NRC-NPR is seeing a burgeoning, vibrant and conscious participation of women, with Shaheen Bagh and its sisters elsewhere creating history.The women’s mandate on CAA-NPR-NRC is clear: it cannot be allowed to pass.

What is now needed is a similarly resounding mandate on the question of women’s employment. The Gender Social Norms Index recently released by the United Nations Development Programme (UNDP) has revealed, close to 90 per cent of men and women, globally, are biased against women. According to the index, about half of the world’s men and women feel that men make better political leaders, and over 40 percent feel that men make better business executives and that men have more right to a job when jobs are scarce. 28 percent think it is justified for a man to beat his wife. UNDP has called on governments and institutions to use a new generation of policies to change these discriminatory beliefs and practices through education, and by raising awareness and changing incentives.

However, the point here is that awareness cannot be raised in air. There has to be a social basis for it. Without the creation of such a social basis, the social identity of men will continue to be defined by their relation with social production and the social identity of women will continue to be defined by their role in the family, in a throwback to the primitive division of labour in society, no matter how many awareness-raising efforts are taken up. And it is this social identity that serves as the basis of all discrimination, abuses and atrocities against women. In fact, sexual violence against women, which is on a disconcerting rise, is an expression of attack on this social identity of women. This can be reversed only if the social identity of women and men are brought on a par.It follows that for such to happen, the reintroduction of the entire female sex – not a few, not some, but ALL – into social production is the prerequisite. Of course, that would merely be the first step – and not the whole long and tortuous journey – but the first step without which no journey towards women’s liberation can succeed.

The author is a political activist and a leading member of WSS (Women Against Sexual Violence).