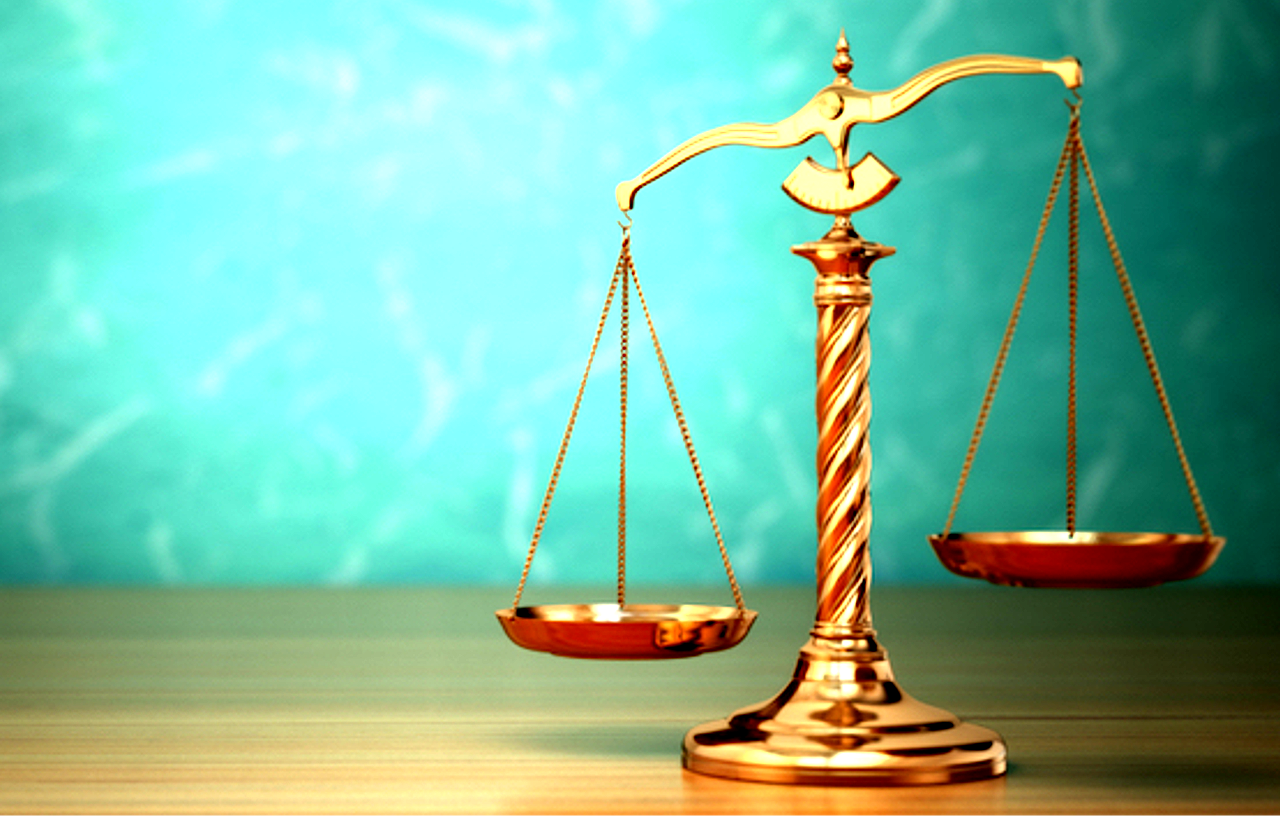 When Judicial Process itself becomes a Punishment

The dictum of ‘natural justice’ that not a single innocent should be punished – is vanishing into thin air in gathering gales of fascism. Professor GN Saibaba is fighting death languishing in a dark and dingy cell, unable to procure legitimate medical requirements. Thousands of Adivasis are rotting behind the high walls of prison. While those actually involved in bomb explosions, murders and genocides, are coming out from within prison walls to be honoured with felicitations. Some are being given chance to be Parliamentarians too. Is India’s political power dictating what and how justice should be? Asks P. Varalakshmi.

Exactly a year ago, on 28th August, the Maharashtra police conducted countrywide raids on the residences of about ten intellectuals and took Varavara Rao, Sudha Bharawaj, Gautam Navlakha, Arun Feriera and Vernon Gonsalves into custody. The court postponed the arrest of Gautam Navlakha. The rest were sent to Yerawada (Pune) jail. But the arrest threat on Gautam Navlakha, Anand Teltumbe and Father Stan Swamy, still perilously hangs like a Damocles’ sword. A 79-years old revolutionary writer, a social activist, reputed lawyer of the common masses, journalist, University professors, a melange of intellectuals with disparate backgrounds, became a common target of the state’s wrath. The country stood agape with disbelief and dismay, when the news was flashed that these intellectuals conspired to assassinate Prime Minister Modi. This ‘revelation’ by the Maharashtra Police, created a consternation. From this date began the saga of struggle of these public intellectuals to get bail, in the face of wild allegations of the behemoth state.

A petition was filed in the Apex Court, and later in 4 High Courts of the concerned states. Finally it was in the Pune Sessions Court, where the unprecedented drama was staged, and is still unfolding, creating a history of sorts in Indian legal history.

The cumulative endeavors for bail from top to bottom and vice versa resulted in zilch, zip and nada! Now the trial is supposed to have begun. Truth is that the case has not moved a bit. A year has fallen behind this infamous case, before trial could even begin. These illustrious intellectuals with impeccable integrity, who are sensitive to the concerns of the common people, are meanwhile languishing in jail in terrible conditions. The court is averse to pleas for bail. Many restrictions have been put in place regarding visits of the near and dear ones. A friend of Sudha Bharadwaj was detained for a whole day and was harassed by police when she came to visit her. Ranganath Bharadwaj, father of Sudha, an eminent economist passed away. Sudha was allowed on parole to pay last respects to her departed father. Even there, the police created ugly scenes when her relatives were sharing grief with her, marring the somber occasion. Sudha Bharadwaj had abnegated her American citizenship, abandoned comforts and chose a spartan life among the working class people of Chhattisgarh. While Corporate counsels are earning crores, she became a people’s lawyer to serve the poor and marginalised.

Surendra Gadling is another people’s advocate. Even in the prison he is taking care of the poor prisoners’ legal issues. Hundreds of files are lying on the table in his Nagpur’s office awaiting his release. Mahesh Raut is conducting his research on Adivasi societies. During the last Lok Sabha elections, adivasis from his field of research demanded the candidates for Mahesh’s release. A voluminous book could be penned on all these political prisoners. VaraVara Rao, affectionately known as VV, has been one of the epitomes of people’s voices. His current prison stint is, as if it were a life time achievement award by a vengeful state, for his six decades of revolutionary activity. An unforgettable trophy for a man who made revolutionary politics and philosophy his second nature. In his long march of this treacherous course, he faced many hardships with a smiling face. His courage reflects the brave hearts of the fighting masses. As if to double the state’s efforts to continue to keep him in confinement, he was slapped with two more cases. One in Gadchiroli, and another in Pavgada – a bordering town between Karnataka and Andhra Pradesh. In 2005, six jawans of KSRP and two others were killed by Maoists, in what was dubbed as a retaliatory action against the killing of Saket Rajan, a Maoist leader of Karnataka. VV’s frail body shows his growing age, but gritty smile revealed his staunch optimism against all odds. Hundreds of villagers came to the court in Pavgada amidst high security to have at least a distant glimpse of their beloved poet and writer.

Fearing the worsening of his health, Hemalatha, VV’s wife wrote letters to the Chief Justice of India, CM of Telangana, and the Governor of Maharashtra. The case per se is an utterly false and cunningly fabricated one. The inordinate delay in hearing the bail petitions clearly shows that the court is not acting in an impartial way. It is not any casual prosecution. It is a persecution by design – a way of crucifying the Democrats and revolutionary thinkers for their views.

Normally a mandatory bail is available if a charge sheet is not filed after 90 days of judicial custody. But the court is complaisant in obliging the prolonged custody and denied bail even after 90 days. Finally the charge sheet was manufactured by the police, in two installments that ran into a monumental size of 7400 pages. Showing such a charge sheet of epic proportions, prosecution argued that the quantum of charge sheet is directly proportionate to the gravity of the charges; and the charges are serious: the accused conspired to kill Prime Minister of this country. Also the accused tried to spread violence and toss the country into turmoil. The defense lawyers questioned the veracity of charges, and since these are charges only, and have yet to be proved in the Court during the course of trial, and as the prosecution failed to produce any viable and tangible evidence, the accused deserve bail. Instead of addressing the question of sustainable evidence, the prosecution ludicrously argued that there are more accused at large compared to the number of the arrested ones, and if prosecution comes out with credible evidence, there are chances for the rest of the accused of escaping the dragnet of police. Hence they need not submit the evidence at this stage!

Somehow the ingenious arguments did not find concurrence with the bench and the court at last ordered that the evidence has to be supplied to the accused. Police used this order to further delay the hearings of bail proceedings. On May 17th, the judge pronounced that defense lawyers should be provided with 9 copies and a copy to the presiding officer and all the copies should be made in his presence in the very court hall.
Now, finally, the process of supplying copies to the defense lawyers has begun. Perhaps in the history of criminal trials such a farce has not happened. A memorable instance in the legal history is on the anvil.

The entire evidence is ‘electronic’. Data amounting to Tera-bytes of emails, Facebook conversations, are being shown as ‘evidence’. Now all of this data, stored in as many as 23 hard discs, 10 copies of each, will have to be supplied. And the copying process has to be done in the court hall. How much time will this take? About 1500 hours! So, with a few hours of cloning once or twice in a week during Court hours, it might take not less than 6 years to finish this unenviable task!

If this is only the pre-trial procedure, it is even scarier to predict how many years will the judgment take to be pronounced.

The dictum of ‘natural justice’ that not a single innocent should be punished – is vanishing into thin air in gathering gales of fascism. If this is the predicament of the peoples’ intellectuals, what would be the condition of common people themselves? Professor GN Saibaba is fighting death languishing in a dark and dingy cell, unable to procure legitimate medical requirements. Thousands of Adivasis are rotting behind the high walls of prison. These are not even filler items among massive columns of ‘news’.

On the other hand, those actually involved in bomb explosions, and murders and genocides, are coming out from within prison walls. They are being honoured with felicitations. Some are being given chance to be Parliamentarians too. Is India’s political power dictating what and how justice should be?

This article was originally published in a Andhrajyothi, a Telugu daily.
Translated into English by Varanasi Subramanyam.

The author is a writer, political worker and a member of the Revolutionary Writers’ Association.