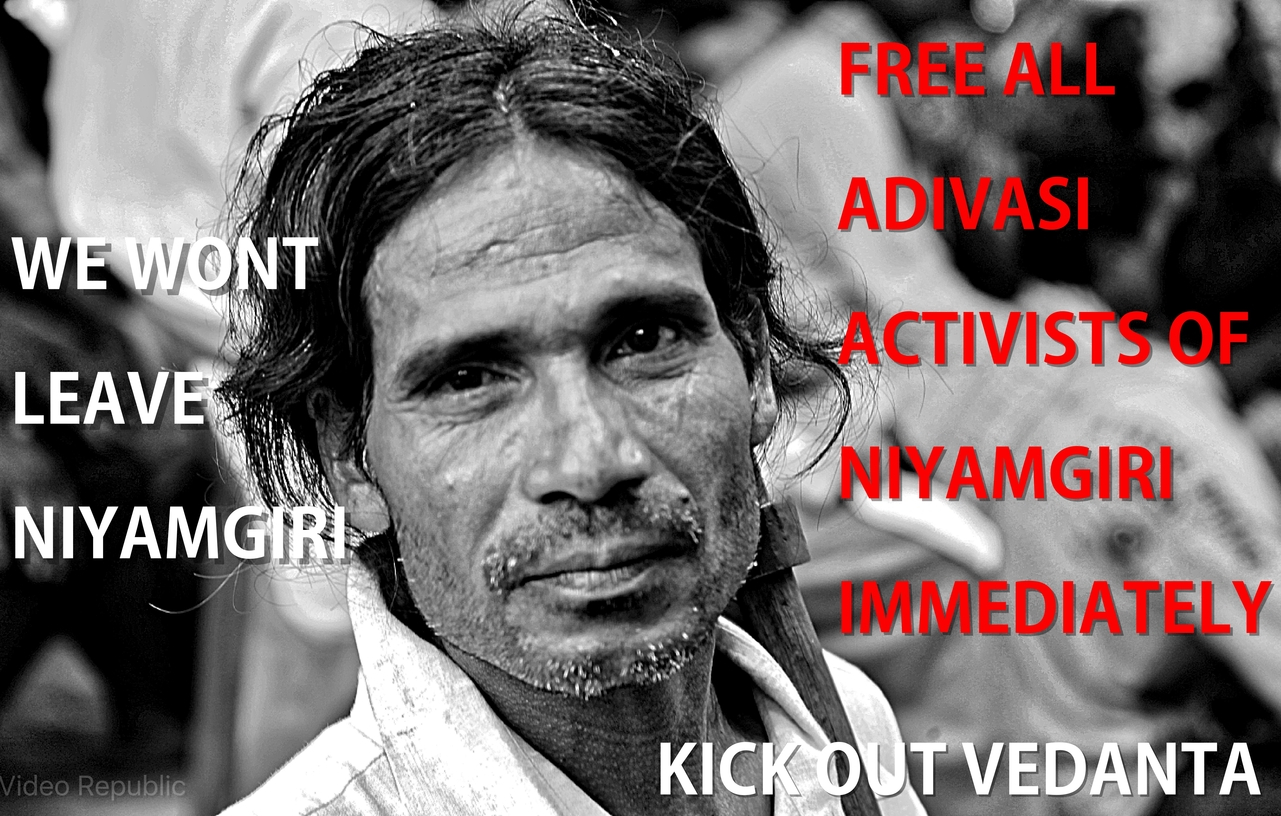 In a latest crackdown, five activists from the Niyamgiri Suraksha Samiti were arrested by Odisha Police yesterday, in continuation of brutal repression on the anti-mining struggle by Vedanta and the Naveen Patnaik Government. A report by Surya Shankar Dash.

On the morning of 24th July ’19, Niyamgiri Suraksha Samiti (NSS) activists Jilu Majhi, Tunguru Majhi, Range Majhi, Salpu Majhi and Patra Majhi from the villages of Palberi and Kunakadu of Kalahandi district, Odisha, have been arrested. In what is clearly a conspiracy by Vedanta and the Odisha Government of incarcerating Adivasi leaders and activists of the Niyamgiri struggle, the cases that have been used for implicating them with arson and vandalism, date back to 2008-09. Both these villages have been at the forefront of the anti-mining movement from its very initiation.

With yesterday’s arrests, at least seven Dongria Kondh activists have been detained in the last two months including youth leader Dodi Kadraka of Dhamanapanga village who was arrested in mid-May this year. He was earlier detained and tortured last year. On 18 March industrial security forces unleashed brutal violence on people protesting against Vedanta in front of its refinery. Ambedkarite activist Dani Batra was beaten to death by the security forces. A week before the violence at the Lanjigarh refinery, one of the founder members of Niyamgiri Suraksha Samiti, Lingaraj Azad was arrested and later released on bail. Lingaraj was arrested for protesting against the forceful construction of CRPF camps in various parts of the Niyamgiri hills. The concerned Gram Sabhas have not given their consent for these constructions, and have in fact passed resolutions objecting against such constructions.

Last year NSS President Lado Sikaka was abducted for a day and tortured. The ongoing reign of terror is a sign of the desperation of the Government to fulfil the wishes of its paymaster, Vedanta Inc. From Kalinga Nagar to Niyamgiri, Naveen Patnaik’s regime over four consecutive terms has brought about the worst injustices against the Adivasi people of Odisha. A large part of the civil society and media has been silenced by companies like Tata and Vedanta. While the brutal crackdown on Adivasi leaders continues in Niyamgiri, in Bhubaneswar the English news daily Orissa Post (Owned by former BJD MP Tathagat Satpathy) is hosting a ‘Quiz Extravaganza’ sponsored by Vedanta and other mining companies. The news of the arrests of five Niyamgiri leaders has not been covered by any media outlet yet. 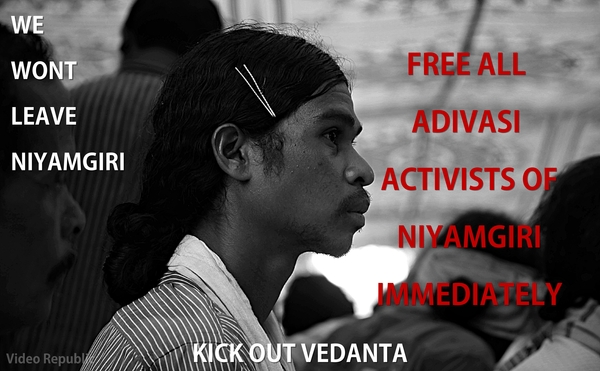 The author is an independent filmmaker and activist.