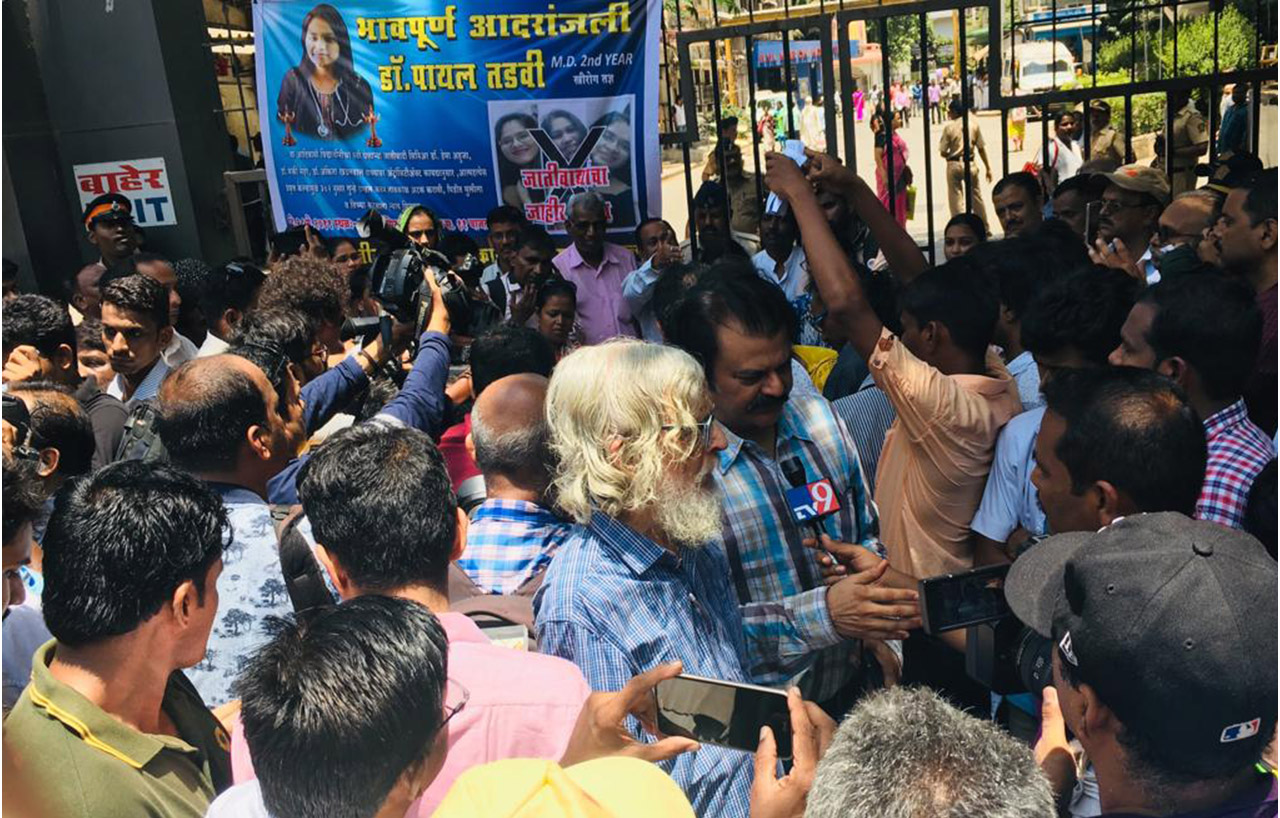 We have been conditioned to believe that only in rural backwaters, far away from “civilization,” are Dalits and Adivasis who presume to parlay with the upper castes as equals “shown their place” through intimidation and violence. The investigation into Dr. Tadvi’s death is ongoing, but if it reveals that she was murdered, we ought to call it what it really is: a lynching. A GroundXero report.

The Story So Far

On 22 May, a 26-year old Adivasi Muslim gynaecologist at B Y L Nair Hospital and student at TN Topiwala National Medical College was found dead in her hostel room. Her death was presumed to be a suicide, although no suicide note has been found. Her family members alleged that prior to her death, she was the victim of casteist slurs and subjected to harassment because she belongs to a Scheduled Tribe.

Dr. Payal Tadvi, for months before her untimely demise, was routinely insulted and ridiculed on WhatsApp groups by her seniors Bhakti Mehare, Hema Ahuja, and Ankita Khandelwal. They allegedly would go to the toilet and then wipe their feet on her bed, and even threatened to prohibit her from entering operation theatres and performing deliveries. The three accused were arrested after a full week of Dr. Tadvi’s suicide and have been charged with abetment of suicide under Section 306 of the Indian Penal Code (IPC) and have also been booked under provisions of the Scheduled Castes and Tribes (Prevention of Atrocities) Act, the IT Act, and the Anti-Ragging Act.

A report based on statements of thirty individuals including Dr. Tadvi’s family and colleagues by an anti-ragging committee found prima facie evidence that Dr. Tadvi was indeed harassed on the basis of her caste, referring to the ordeal she went to in the nine days prior to her death as “extreme harassment.” In fact, her harassment intensified following a complaint filed by Salman Tadvi, her husband.

The Maharashtra Association of Resident Doctors (MARD) has, meanwhile, suspended the three accused. In a letter to the MARD, the accused demanded a fair trial and argued that Dr. Tadvi merely succumbed to the pressures of a residency programme:

“You are all aware of the workload in residency and do you really believe that being burdened with work is ragging? If heavy workload is given in the name of ragging, then we all have been ragged or have ragged someone while performing basic duties.”

They even insinuated that the deceased and her husband were having marital problems, calling it “suspicious that both the husband and wife didn’t live together.” Salman Tadvi has rubbished these suggestions, and called it a “ploy to distract” from the real problem.

A post-mortem report lists the provisional cause of death as “evidence of ligature mark over the neck,” and counsel for Dr. Tadvi’s family Nitin Satpute has suggested that Dr. Tadvi was in fact murdered. The accused have been remanded in judicial custody until June 10 and the investigation has been handed over to the Mumbai Police Crime Branch. Most recently, the Maharashtra State Commission for Scheduled Caste and Scheduled Tribe has taken suo moto cognizance of Dr. Tadvi’s suicide and has pointed out that the police had charged the accused under provisions of the 1989 Prevention of Atrocities Act, not its most recent amendment in 2018. It has also pointed out that Dr. Tadvi’s hostel room was open for four hours following her death, allowing for the possibility of evidence tampering. As of this moment, the circumstances surrounding Dr. Tadvi’s death are uncertain. 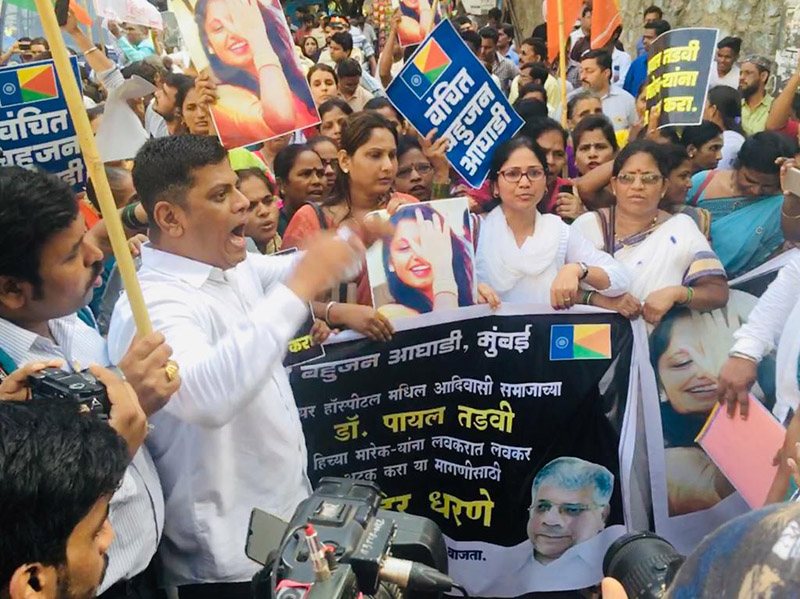 Protests erupted outside B Y L Nair Hospital soon after Dr. Tadvi’s death. The first was on 27 May, organized by the Vanchit Bahujan Aghadi [Deprived Majority Front], and saw a turn-out of around fifty people. Keeping in mind that the protest took place before the arrest of the three accused, one of the central demands raised was that the police take swift action and arrest the absconding perpetrators. 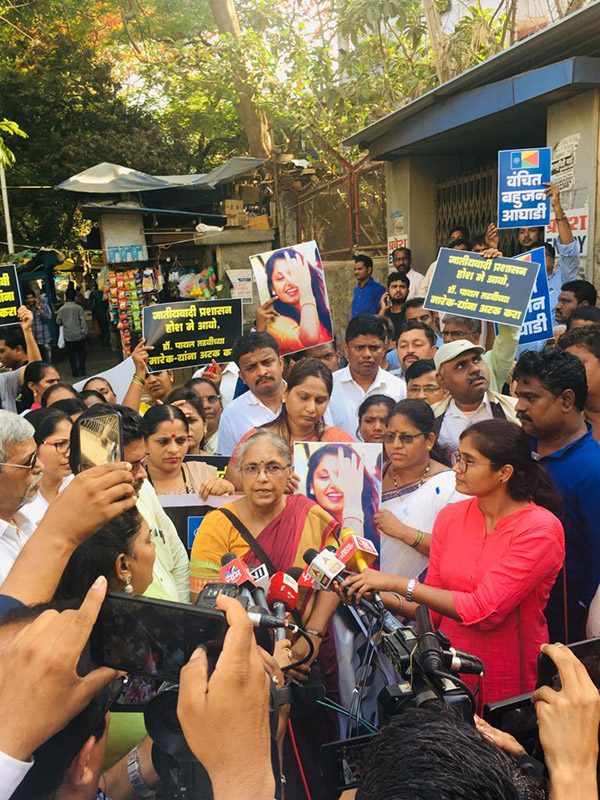 On 28 May, a second protest organized jointly by the Akhil Bharatiya Jati Virodhi Manch [All India Anti-Caste Platform], Bharat Ki Krantikari Mazdoor Party [Indian Revolutionary Workers’ Party], Stree Mukti League [Women’s Freedom League], and the Naujavaan Bharat Sabha [Young India Assembly] saw a turnout of close to a hundred people. They raised defiant slogans against Brahminism and caste-based discrimination. Around twenty medical college students participated in the protests as well. When asked about the MARD letter, the students could not have been more clear: “Everyone feels the pressures of medical school. What happened with Payal was above and beyond that. She came here to study, and they wouldn’t let her. Senior residents shouldn’t treat their juniors like this.” 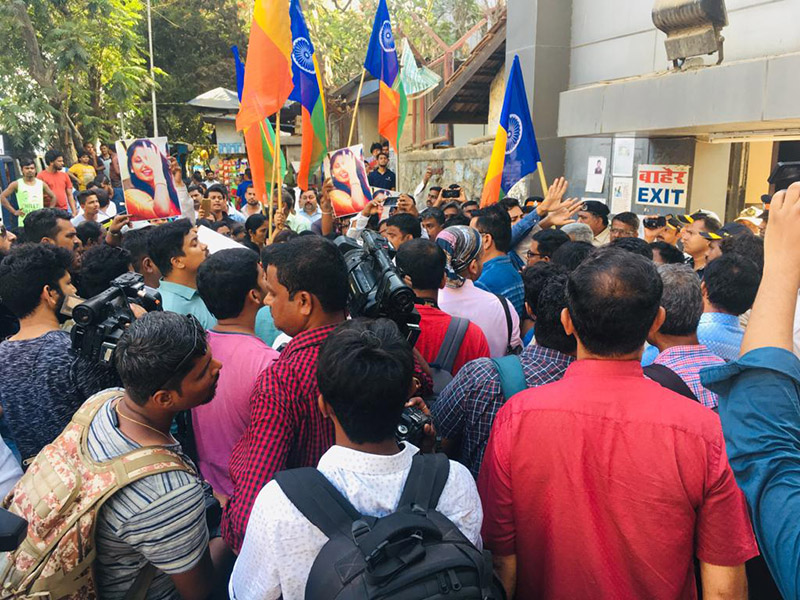 The MARD letter authored by the three accused rehashes a trope commonly encountered: that of an oppressed person who succumbed to the pressures of a strenuous and demanding academic programme. The same rhetoric was deployed after the institutional murder of Rohith Vemula. This framing is a pincer movement against emancipatory agitations: it simultaneously argues that there is, in fact, no caste-based discrimination, and that the victim was simply not “cut out” to pursue a higher education, that the victim couldn’t cope with the pressures of elite academia. This rhetoric unquestioningly accepts the proposition that upper castes can naturally handle these pressures, and subtly implies that Dalit and Adivasi students do not belong in institutions of higher learning.

The problem of caste-based discrimination is widespread in Indian academia, especially in medical colleges. Notably, at AIIMS in 2007 the Sukhadeo Thorat Committee found instances of “academic differentiation, hostel segregation, social segregation in games and cultural events and ragging with serious caste overtones.” At Vardhman Mahavir Medical College in Delhi in 2012, the Mungekar Committee made similar findings. Despite a large body of evidence to the contrary, the Indian Medical Association thinks caste-based discrimination doesn’t exist at all.

We have been conditioned to believe that only in rural backwaters, far away from “civilization,” are Dalits and Adivasis who presume to parlay with the upper castes as equals “shown their place” through intimidation and violence. The investigation into Dr. Tadvi’s death is ongoing, but if it reveals that she was murdered, we ought to call it what it really is: a lynching. 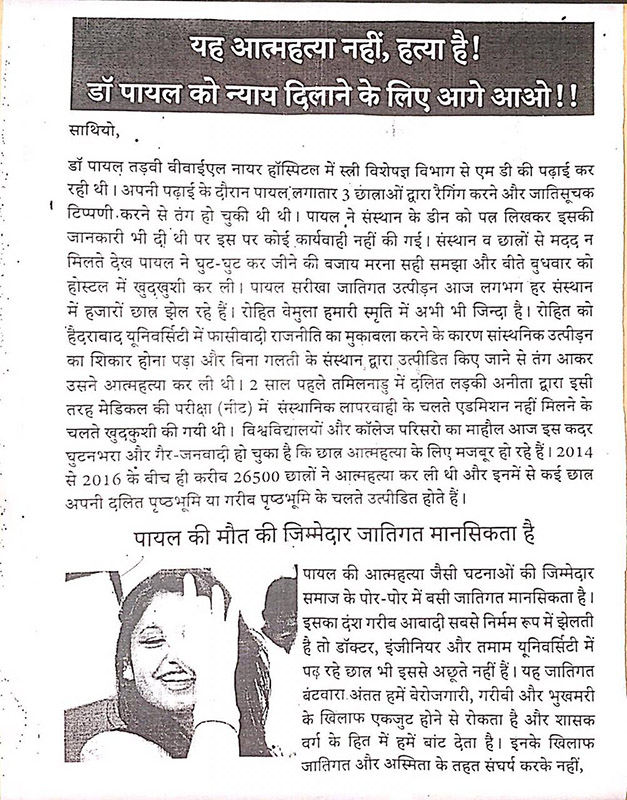 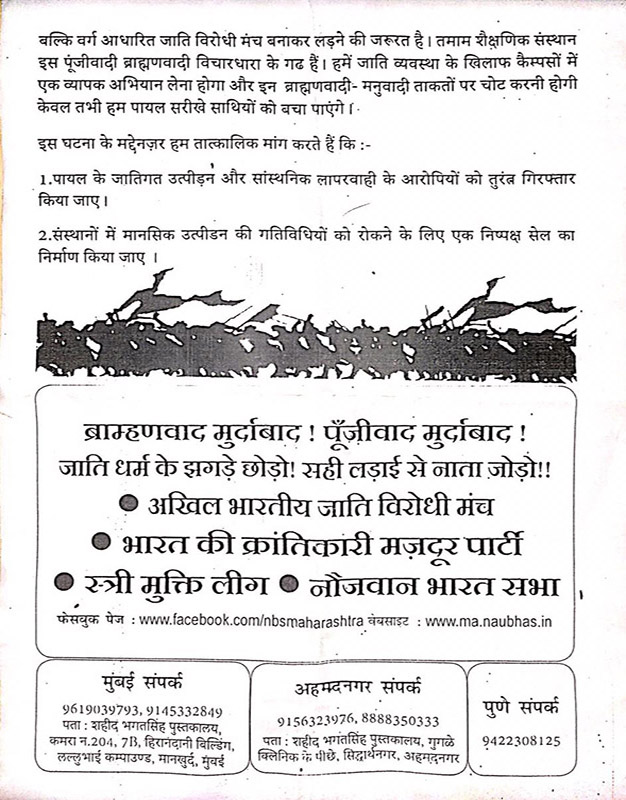 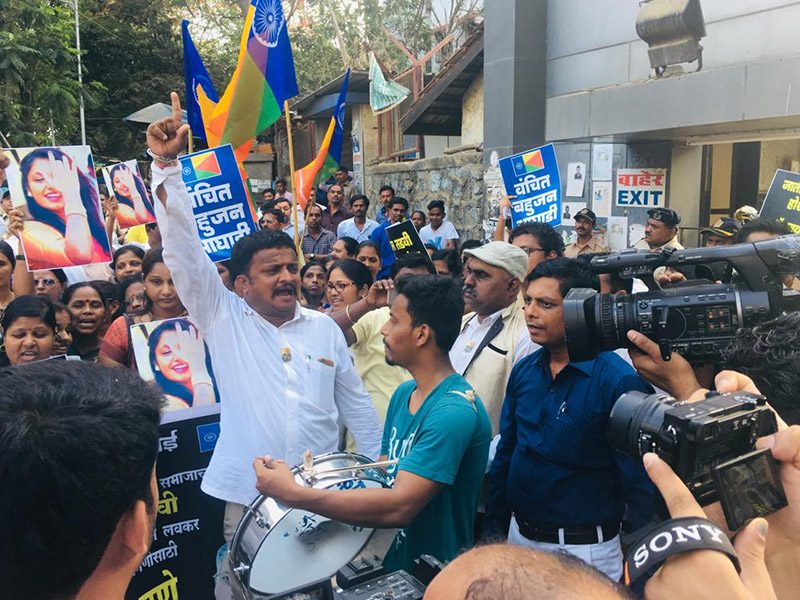