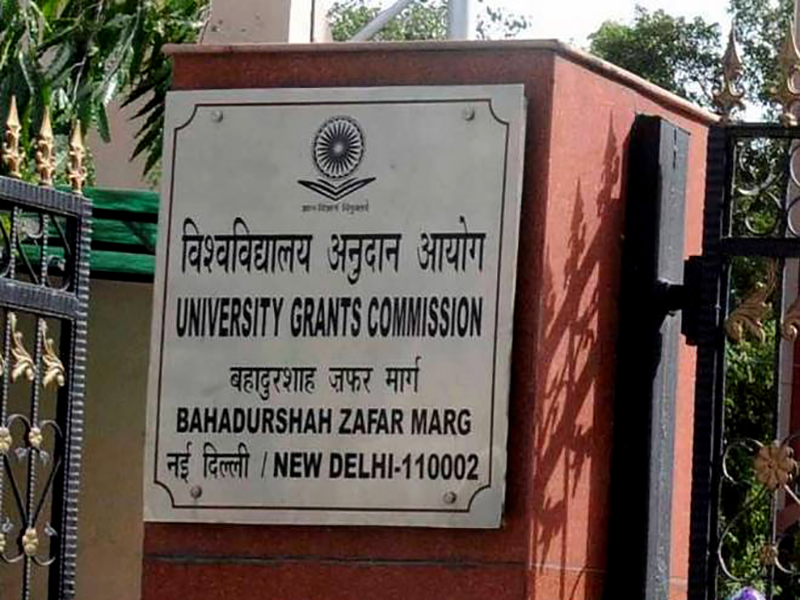 The Rechristening of UGC, or the Birth of HECI

On 27 June 2018, the Human Resources Development Ministry of the Government of India announced that it would repeal the University Grants Commission (UGC) Act and introduce a new regulatory body for higher education called the Higher Education Commission of India (HECI). This announcement has received intense critique from a faction of the Indian academic world. Prof. V. S. Sunder expresses his concern over this corrupt initiative of bureaucratizing Indian higher education system.

The future of our children is under grave threat if the current Govt. of our country has its way and passes the draft Higher Education Committee of India (HECI), 2018 Act which will hand over the control of their education from our academics to our bureaucrats. This draft Act reads more like a set of procedures required to be followed for changing your name which has been mis-spelt in your passport (almost surely due to some clerical error), than like anything that has to do with education. As it stands, the ‘Commission’ is capable of and authorised to giving higher priority to include ‘fuzzy logic’ than ‘free probability’ as an elective course! (This jargon is merely to underline the fact that many people, who may not even know the meanings of these terms, might well be making such horrific decisions while framing the syllabus for advanced courses!)

As for the constitution of this commission, nine of the twelve members of the proposed Commission are either directly officers of the Union government or ex-officio members who serve at the government’s pleasure. Only two of the twelve members are teachers, and there is space for a “doyen of industry” as well. I seriously doubt the existence of twelve people who would satisfy conditions 3(3), 3(5) and 3(8) of the draft Act, and be likely to be hired as faculty at institutes of excellence like IIT(Bombay) or Indian Institute of Science (IISc) purely on the basis of their academic credentials.

3(3) says: The Commission shall consist of a Chairperson, Vice Chairperson and twelve other Members to be appointed by the Central Government. The Secretary of the Commission will act as the Member-Secretary;

3(5) says: The Chairperson, Vice-Chairperson and Members shall be scholars, being persons of eminence and standing in the field of academics and research possessing leadership abilities, proven capacity for institution building, governance of institutions of higher learning and research and deep understanding in issues of higher education policy and practice;

3(8) shows that only two members need to be serving Professors of Universities, reputed for research and knowledge creation.

An ingenious feature of this HECI is the requirement of a yearly evaluation of academic performance of the Higher Educational Institutions (HEI) – no doubt on a doc file in a prescribed proforma! The preparation of the necessary reports will eat into the precious little time available to faculty for research. As it is, faculty at HEIs spend increasing amounts of their time filing reports rather than doing research!

This suggestion/fait accompli is yet another instance of our government’s strategy to give a new name to an existing concept or scheme, and not really doing anything with it later, except pointing to the creation of this scheme as one of their achievements. Disability activists are familiar with PWD being rechristened as Divyangjan, Accessible India Campaign becoming Sugamya Bharat Abhiyan. I, for one, am totally opposed to this proposed ‘draft act’. As the Tamil saying goes, leaving education in the care of our govt. is like a case of korangu kaila poo malai (a flower garland in the hands of a monkey).

Already this govt. has changed the existing method of direct payment of the paltry wages ‘paid’ to research students in elite institutions to their favourite toy, the Aadhar route (resulting in the ‘monthly stipend’ typically coming in several months late!). The tension that our young research scholars are being subjected is in stark contrast to the enthusiasm with which several of our aspiring scientists joined the ‘March for Science‘ held in major cities of India on April 14, 2018.

It may not be out of place here to quote from the appeal made by the organisers of those marches:

In India the concerted efforts by some interest groups to undermine science continues unabated. Unscientific ideas and superstitious beliefs are being propagated with accelerated pace. Ridiculous claims are being made about an imaginary glorious past ignoring the true contributions based on historical evidence. These are acting against the propagation of scientific temper among the people. Opposing them is a responsibility of all citizens as per Article 51A of the Indian Constitution.

Support for education in general and for scientific research in particular remains unbelievably low in India. While most countries spend over 6% of their GDP on education and 3% of their GDP on scientific and technological research, in India the figures are below 3% and 0.85% respectively. As a result, a large section of the country’s population has remained illiterate or semi-literate even after 70 years of independence. Our college and university system is reeling under acute shortages of infrastructure, teaching and non-teaching staff, and funds for carrying out research. Science-funding agencies like CSIR and DST, pushed into acute fund crisis, are unable to disburse even committed support to students and research projects.

Let me conclude this rambling rant with three not unrelated observations/comments:

V. S. Sunder is a mathematician and a disability rights activist based in Chennai.