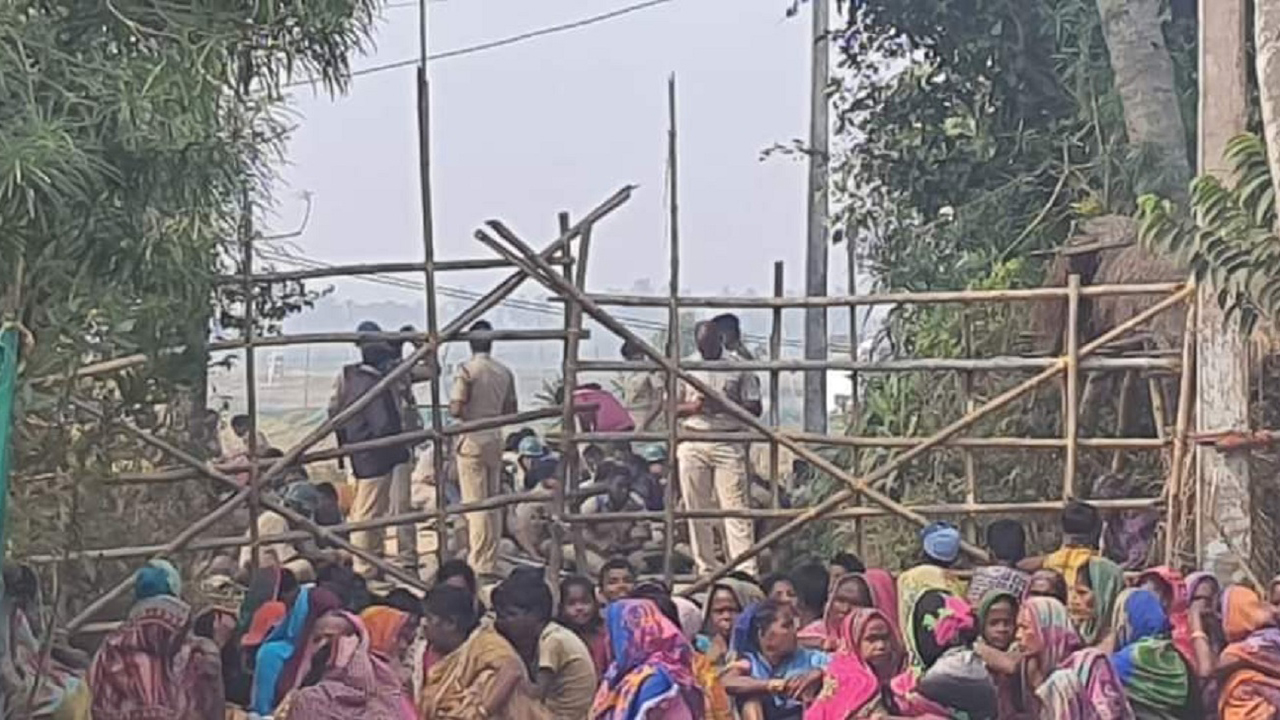 Forum Against Corporatization And Militarization (FACAM), in a statement, issued on 9th November 2022, condemns in harshest tone, the demolition of houses and attack on villagers of Dhinkia by Corporate-State goons and extends solidarity to their heroic anti- mining struggle against Jindal Steel Work.

On 22nd of October, 2022, according to villagers and activists of Dhinkia, a goon-squad or private militia of the mining giant Jindal Steel Works, led by the Human Resource Manager Subash Parida and assisted by the local police, stormed Dhinkia village and demolished 20 houses through brute force and repression. Media persons were not allowed to document the demolition and a boy was beaten, detained and threatened with dire consequences just for recording the brutal corporate-state repression. The houses were demolished without any notice and people were not given any chance to collect their valuables.

It said that such violence is not very new to people of Dhinkia and Jagatsinghpur, both being centers of struggle against mining giants for over a decade. The people have strongly resisted state  repression and their struggle had pushed back South Korean mining giant POSCO in 2017 foiling its plan to set up a 12 million-tonne capacity steel project at the site with an investment of Rs 52,000 crore. Now they are fighting against the transfer of around 1,174 hectares of that land for JSW’s 65,000-crore steel plant to produce 13.2 million tonnes of steel per annum.

Last year, in January, people’s resistance against Jindal’s land grab was accompanied with brute repression as 500 personnel of Armed Police and Paramilitary stormed the villages of Dhinkia, beating villagers and badly injuring more than 40 people, including women, old and children. Many people were detained and 6 others including Debendra Swain, a local village leader, were arrested for “fomenting trouble in Jagatsinghpur Dhinkia”. Further, Prakash Raut, Gautam Das, Sanatan Kandi, and Pradeep Satpathy along with various other anti-displacement activists were arrested in the second half of this year. They continue to languish in prison. Activists say that rampant arrest, crackdown and demolition are ongoing in a bid to hand over the land to the Jindal group.

Villages of Jagatsinghpur fall under Schedule Fifth of the Constitution and PESA shall be in force there, in ordinary circumstances. Both have been violated, as it has been said time and again, that fake Gramsabhas are being held and clearly, the people are not ready for corporate loot of their resources. Such circumstances seem to prevail in other areas too, falling under Schedule Fifth, rich in mineral resources and inhabited by Adivasis and Dalits of the country. Be it Rowghat in Chhattisgarh, where people are opposing iron ore mining being done by a subcontractor for ‘Bhilai Steel Plant’, and where two journalists were beaten up by the goons of the company in the presence of Central Armed Police Force. Beating and arresting journalists have become a tool to control the news going out from such places, rich in minerals and filled with evicted and disinherited people. Be it the arrest of Jharkhand journalist Rupesh Singh known for his reporting on people’s struggle against corporate loot, or attack on a Bastar based journalist Mukesh Chandrakar and Indian Express journalist Gargi Verma in Rowghat on 16th Sept, 2022. Such attacks are part of the same attempt at ‘Public Perception Management’.

Furthermore, as the global imperialism is in crisis since 2008 SubPrime Mortgage crisis and fighting amongst itself for control over land and resources, India and its indigenous people are witness to unbridled corporate loot and people’s resistance against it to be crushed using brute military force such as in Dhinkia, Silger, Rowghat etc, by building up multiple camps near mineral rich forests and hills as well as deploying multiple companies of Special Operations Groups, Central Armed Police Force, Indian Reserve Battalions, District Voluntary Forces. These are to build ‘carpet security’ around mineral rich regions in the interest of the big corporates, in the name of fighting Left Wing Extremism by building ‘forward operational bases’ under the aegis of Operation SAMADHAN-PRAHAR. 22 such camps have been built in areas surrounding Rowghat, more than 60 in Bastar over to control the mining regions of Andai Ghati hills and Bailadila hills, around 40 in Jharkhand’s mineral rich regions such as Parsnath Hills. Despite intensified repression unleashed by Corporate- State nexus, the people of these regions are waging a heroic struggle against imperialist loot of our resources and state repression by launching uncompromising struggle against Corporate Giants like Adani, Vedanta, Jindal, Hindalco, Tata, POSCO among many more as well as standing fast against establishment of camps in Silger, Bechapal, Bechaghat and many more.

Forum Against Corporatization And Militarization (FACAM) extend solidarity to the various people’s ongoing struggle, going hand in hand, against predatory mining in Mali, Deo Mali, Dhinkia in Odisha; Surjagarh in Maharashtra; Rowghat, Hasdeo and Amdai Ghati in Chhattisgarh; and rampant Militarization through camps in Silger, Bechapal along with many more in Bastar as well as many in villages around Parsnath Hills in Jharkhand. It calls upon all the progressive and democratic people and organizations to stand with the people’s struggles against rampant militarization and unbridled corporate loot of resources.