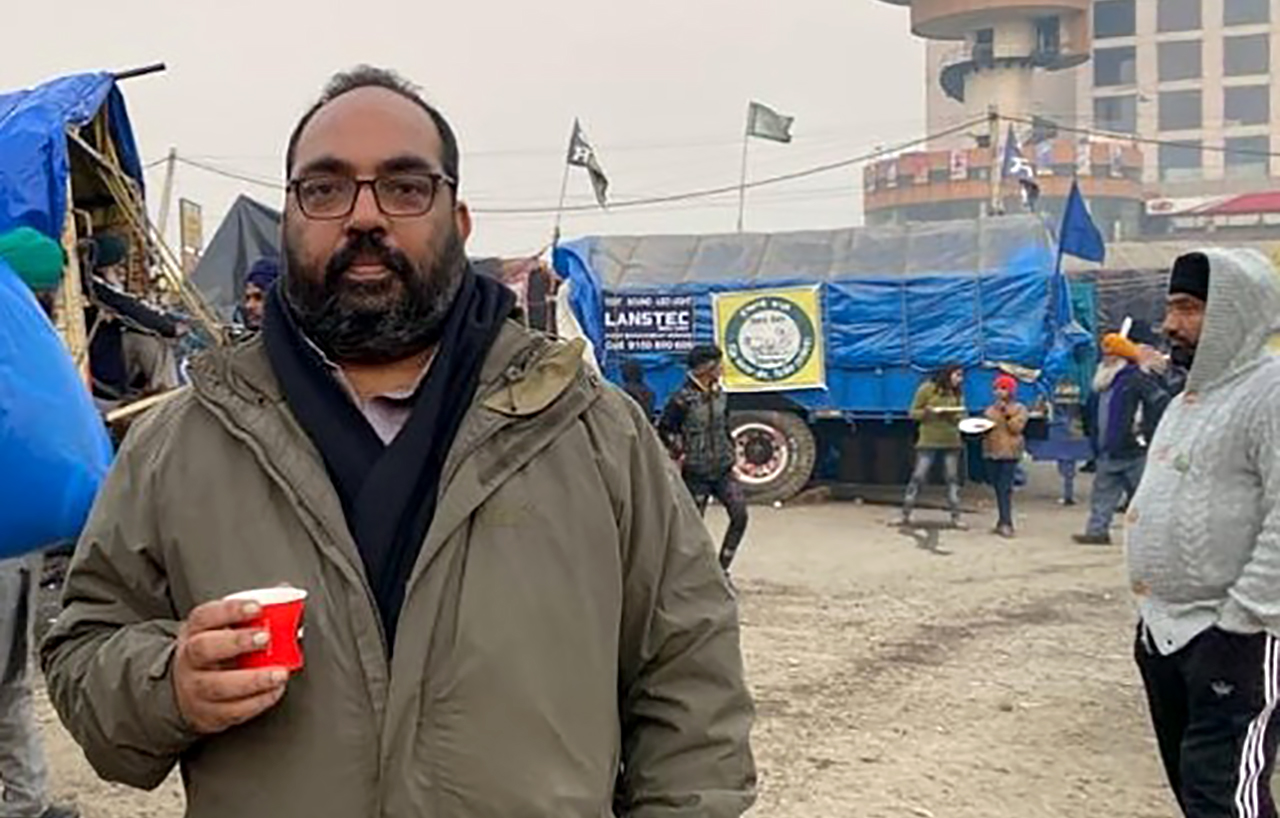 More than anguished, I am bitter — Amandeep Sandhu

Ever since the Farmers’ Protest was suspended on 9 December 2021, the right-wing Hindutva forces have again started their mischief. It began with ‘threat to PM’s life in Panjab’ on January 5, 2022. Before assembly elections in five states, it became the Hijab issue. During elections, it was ‘trade by Muslim hawkers near temples’. After elections, Halal became an issue. Finally, during the month of Ramadan and beginning of Chaitra Navratri, the Hindutva provocation reached its nadir. We have had clashes in four states, Muslim homes have been bulldozed, and now on Hanuman Jayanti, Jehangirpuri imploded. I am anguished.

Perhaps, some in the middle class are moved by it. They want to do something about it – register their anguish. A protest march was held the day before in Delhi. I hope the middle class rises. In any case, for those not moved, they too face a Rs 10 hike in petrol and diesel prices. You are paying Rs 15-20 for a lemon now. Vegetable prices have doubled. Masalas have gone up by 50%. Naturally, such a steep price rise impacts everyone.

More than anguished, I am bitter.

I am bitter because the whole of last year, the last few months before last year, there arose a great solidarity in this country. The farmers of the northern states arose in non-violent resistance. They were resolved to stand up to the right-wing government. They were relentless through the icy winters, through scorching summer, through monsoon floods. They stood even when the world around them was collapsing in the second wave of the pandemic.

They had two targets:

a) Government : repeal of the laws, withdrawal of electricity and pollution ordinances, demand for legalised Minimum Support Price.

b) Rouse the middle class.

This middle class is the ideal spectator. For it, this country is a circus. With its small savings, it thinks it has cushioned itself from all provocations and can continue partying like Nero’s Rome.

But perhaps some in the middle class of this nation still have some soul left. Perhaps some know that today Hindutva has come behind one community, tomorrow it could be them. Perhaps some genuinely care.

This call is for them.

Remember the Lakhimpur Kheri incident during the farmers protest. In early October 2021, Ashish Monu Mishra, son of the Union Minister for State Ajay Mishra Teni, mowed down four farmers and one journalist. Later the son was arrested but released on bail in the middle of the Uttar Pradesh elections. The witnesses in the case have been attacked multiple times. The UP police has farmers instead of the culprits in its custody. Teni remains a minister.

The Samyukth Kisan Morcha approached the Supreme Court. Today, the decision has come. The Supreme Court has reversed Monu’s bail from Allahabad High Court and asked him to surrender within a week.

In a country where we see everyday violations of the law, a complicit police, administration break down, politicians habitually betray the citizens, now the ruling party encourages Hindutva hooliganism, even our savings disappear, it is we the people who have to rise. There is just no other way.

To me, while we respect the living, we are defined by how we treat the dead. Apart from all other costs of the longest and largest protest in the world, 733 people gave their lives. They sacrificed themselves so we make a just society.

For a moment, forget farmers, fight for yourself, your society, for the monsters that rise — those who turn sacred chants, greetings into war cries — are going to destroy everything on their way. Your society, your nation, your way of life. The dark forces have to know that you stand to guard the society, else they will continue unhindered and ruin us all. Show up!

In Panjab, SKM has called for huge gatherings at district headquarters on April 23, 2022. The agenda is to burn Modi’s effigy and seek security of the witnesses in the Lakhimpur Kheri mowing case.

The program for the rest of the country, especially Uttar Pradesh, will be outlined on May 5, 2022. Middle class, rise at least now. Come out in solidarity.

It is already too late!