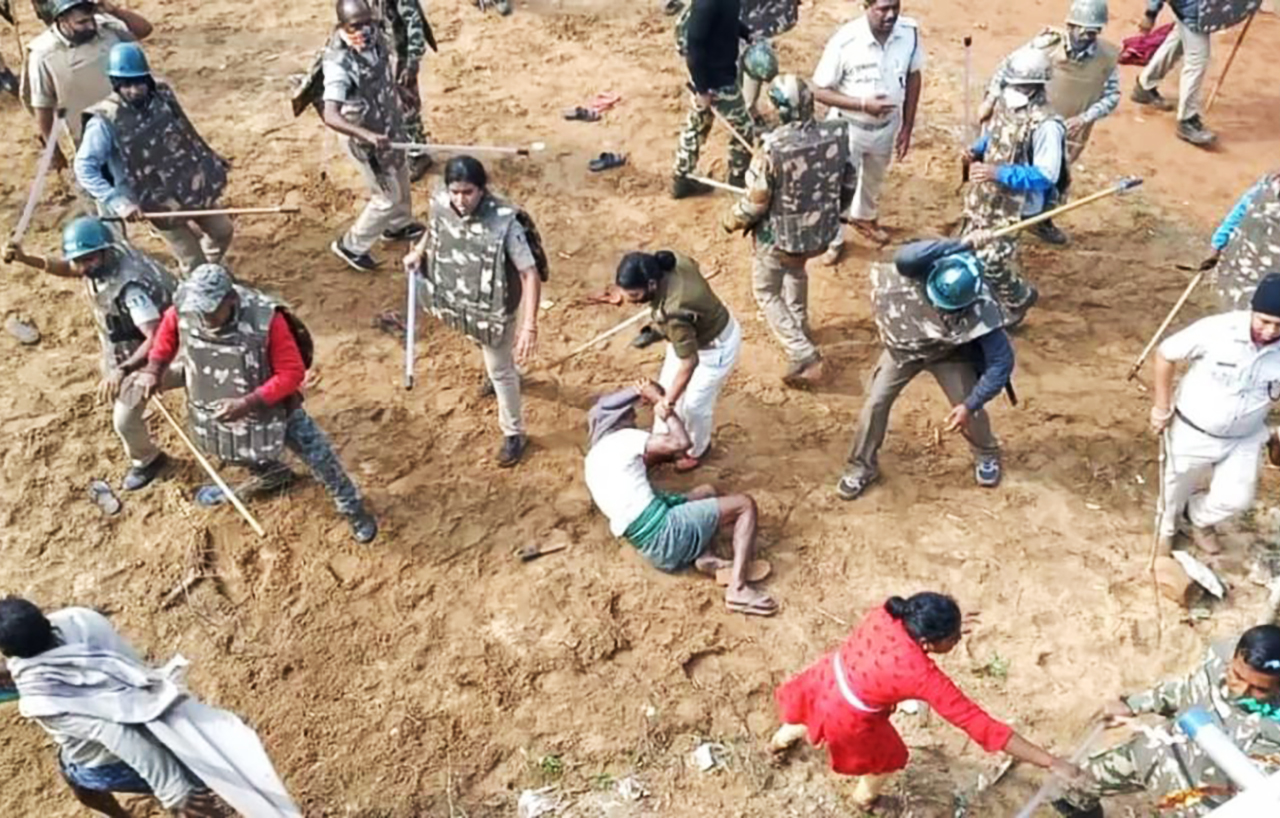 Dhinkia-Charidesh, a cluster of villages, in the coastal District of Jagatsinghpur, Odisha with its dense casuarinas and cashew forests along the shoreline, lush-green betel vines on the sandy soil, tall sand dunes, meandering deltaic rivers, creeks and estuary is a feast to the eye. This patch of land, largely forest land, has been chosen by the Government of Odisha to hand over to the JSW for its proposed mega steel plant, cement plant, thermal power plant and captive jetty. The villagers have been cultivating on this land, mainly betel vines, since generations. They are in a desperate fight to save it from the clutches of corporate capital.

In the wee hours of 4th December, 2021, the police raided the house of Debendra Swain, the leader of anti-JSW resistance of Dhinka village, to nab him; but failed due to stiff resistance by the people. Since then the entire village has been barricaded by the police disrupting day to day lives of the villagers. When people were under siege, the district administration kept on dismantling betel vines, one after another.  Finally, people including women and children began marching in a procession towards betel vine by breaking the barricade on 14th January, 2022. Police attacked them brutally; women and children were not spared even. Debendra Swain and Narendra Mohanty of Campaign Against False and Fabricated Cases were arrested. Following the incident, male members left the village and remained in hiding in the jungle for fear of police; women locked themselves inside the house. Police banged the doors at night and forced people to sign on the consent letter for dismantling their betel vines. A reign of terror prevailed in the area. Company goons did not allow human rights and democratic organisations to visit the area; even a team of academics from reputed universities were not allowed to talk to villagers.

Meanwhile, on hearing a batch of Public Interest Litigations (PIL) on the police excesses in Dhinkia, the High Court of Orissa appointed a five-member lawyers committee (three lawyers of petitioners and two government lawyers) to assess the situation on the ground. The committee visited Dhinkia on 19th February, 2022. As it began its proceedings, the company supporters attacked villagers and did not allow them to put forth their views before the committee. All these happened in the very presence of the police.

Thus, Dhinkia has been a classic case of corporate land grab with the support of state’s coercive power and people’s resistance to hold onto it.