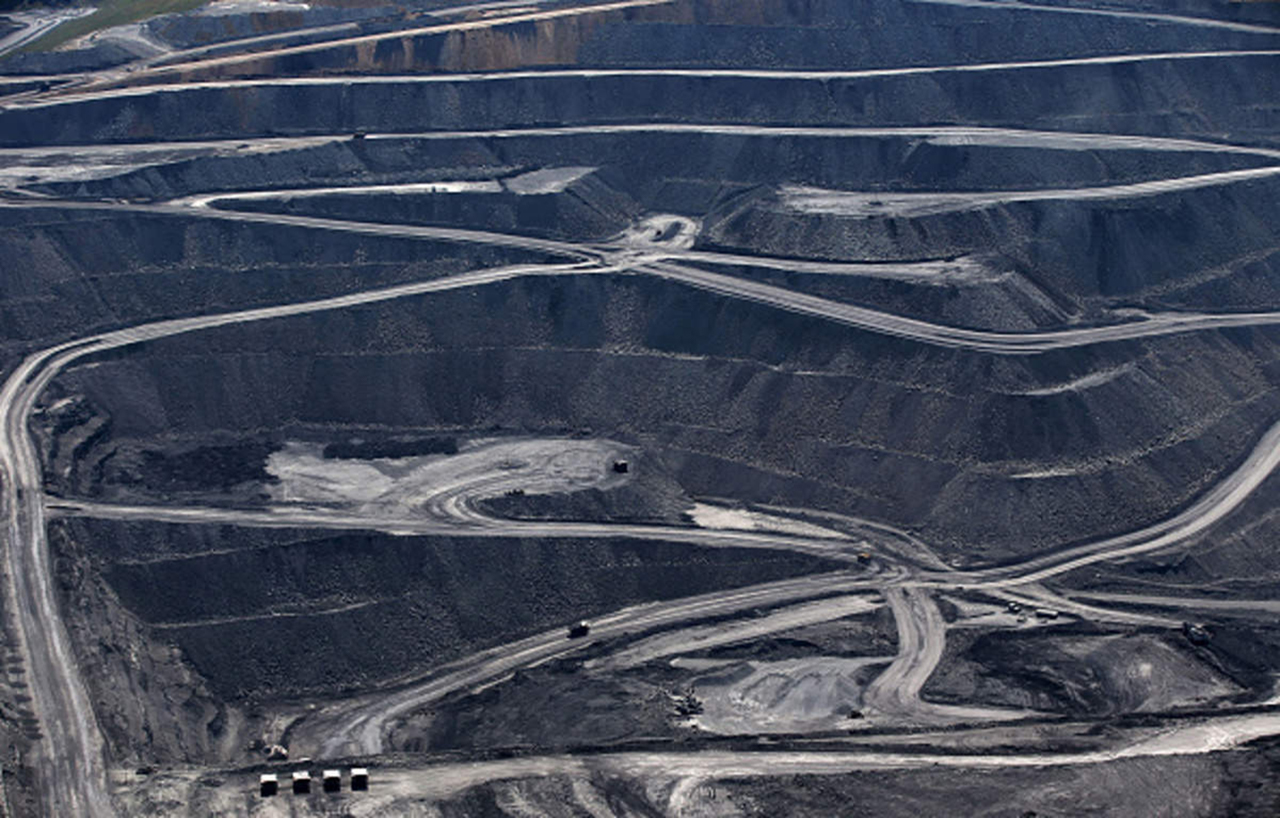 Eminent scientists, social workers and citizens of the state has argued for immediate scrapping of the anti-environment and anti-life open-cast coal mining project at Deocha Pachami in Birbhum district of West Bengal. Groundxero is publishing the English translation of the appeal. To read the original Bengali version, click here.

If ‘Development’ or ‘Vikas’ means pollution and eviction of thousands of people, then the first question that arises is, whose interest does this ‘Vikas’ serve? At Deocha-Pachami in Birbhum district, the West Bengal state government is planning to extract a huge quantity of coal through open cast mining by acquiring the lands of the local people, including the Adivasis, selling dreams of setting up of heavy industry, and the chief minister is pledging to provide millions of jobs. But how will this project be plausibly beneficial to the local masses? When the whole world is resisting the abundant usage of fossil fuels, in whose interest is this new mining of coal — the messenger of death? We already know from long experience how the government’s projects for elevating the people’s lives turn out. These projects do nothing but increase the wealth of the big capitalists. Deocha-Pachami is no exception. We have already found out that this coal block containing approximately 2.2 billion tons of coal is spread over 3400 acres of land, situated in Mohammad Bazar block, in Birbhum district of West Bengal. Initially, the Eastern Coalfield association was assigned to mine the block, but they did not undertake the project. In 2014, the Central Government proposed six states along with West Bengal, to take it over. Yet none of them showed any interest, mainly because it was not deemed profitable enough. At last, in 2018 the Central Government handed out the block to the West Bengal government.

Already this region of Birbhum is highly polluted due to an existing stone quarry, which has not contributed anything to the betterment of the local people. Besides, it has impaired their farm-based livelihood, culture and society. Regulations for replenishment of mines, as per the Mineral Concession Rules, 1960 and Mineral Conservation and Development Rules, 1988, are seldom observed in this region. No recommended measures concerning post-mining land, water and air quality, waste management, surface soil treatment have been followed. In the area, on one side, a deep mine is lying, and mountains of dust and dumped waste stand on the other side. People and the environment here have been exposed to a hazardous coat of nearly 5 inches of dust on the roads for decades. The whole region has become a dusty, dreary ground, and this pollution has been forced upon nature-friendly locals including Adivasi people, which have also adversely impacted their social and cultural life. The aggressive posturing about starting work on the ‘Asia’s second-largest coal mine’ project will further add to the people and nature’s woes.

Let us focus on facts and history. We know that the usage of fossil fuels is the major reason for the climate emergency, which has led to global warming. Coal , petroleum and natural gas have been the source of 80 percent of carbon emissions since the Industrial Revolution. All activities related to coal extraction, from drilling to transportation, from industrial use to coal burning — all increase the level of carbon pollution in the atmosphere, release toxic gasses into the air. Open or closed, both kinds of mines cause pollution. Open pit or underground mining , all types of coal mines are a source of pollution. In open-pit coal mines, the topsoil created over millions of years is permanently lost and turned into mounds of waste. Not just landslides, the terrestrial and aquatic ecosystems suffer massive damage. During the monsoons, the waste mounds are washed away and deposited at the bottom of the rivers in the area, causing unintended floods. One of the reasons for the flood situation in Burdwan this year is the piling of huge mounds of mud near the open-pit mines in the Asansol region. Disrupting the flow of groundwater not only in the area, it adversely impacts the agricultural-forestry production and damages the ecological balance of the entire region.

The government has said :

5. We already said that sufficient supply of electricity has not accelerated the industrial development in the state. So, the development of West Bengal is not at all dependent on coal mined from Deucha-Pachami. Rather, the overconsumption of electricity produced from fossil fuels that release huge amounts of carbon into the air should be prevented. The government  should focus on producing electricity from unconventional renewable resources.

6. Planting new trees to offset damage to the environment, that is to say, in one word, is a ridiculous claim! Those who think that the loss of forest resources, soil and wildlife of the region, which has been formed for millions of years, will be compensated by planting only a few new trees, their knowledge about the environment is astonishing! The amount of carbon the proposed mine will emit over the next several years accelerating global warming, how will that be compensated!

According to the statistics on the coal-producing countries including India, coal generates toxic wastes — heavy metals like arsenic, chromium, lead, mercury etc. in the form of solid waste, sulfur dioxide, nitrogen oxides in the form of atmospheric particles and gaseous emission of ozone.  People’s Collective India has published a report on February 21 after conducting a survey in an open-pit mine area. A team of physicians and researchers working in the field of public health surveyed four remote villages in Jharkhand’s Ramgarh district within a 3-kilometer radius of coal mines and related industries. Ramgarh has Central Coalfield and Tata Steel’s open colliery.

From a total of 2353 health data samples surveyed by them showed that there are ten major diseases among the people living here. These are bronchitis (including asthma), COPD / cardiovascular (breathing problems), Tuberculosis, Skin diseases (black/white spots, itching, ulcers),  Hair fall, Eye related problems (watery and reddening), cracks on  legs/feet, Low back pain, arthritis and stomach ailments. The air, water, soil and silt of the area were tested and were found to contain deadly pollutants, various toxic heavy metals. Air pollution (PM2.5) exceeded the guidelines of Indian, World Health Organization and US regulators. The amount of manganese, nickel and silicon found in the air is in excess of levels in the health guidelines. The amount of chromium, vanadium, arsenic, and cadmium found on the surface exceeds the level indicated in the Guidelines for Canadian Soil Quality Guidelines. Toxic chromium and nickel has been found in silt , putting aquatic fauna and flora in danger. The level of aluminum, iron and manganese has exceeded the level registered in the guidelines of the Bureau of Indian Standard.

After how much misery to human life will the state stop? People on the verge of eviction in the area want to know. An undeclared curfew has been enforced in the Deocha-Pachami area! A few ’eminent persons’ have been appointed and given the responsibility to explain the ‘benefits’ of this project to the people of that region! They have free access to the area. But others including fact-finding teams are ‘forbidden’ from entering the area and talking to the villagers. We are getting reports of protesting villagers being framed in false cases and villagers being lured and threatened. It is being propagated that the rehabilitation package announced from Navanna (the state administrative headquarter) is ‘the best package’. At the same time, the editorials of the most widely circulated newspapers, batting for the government and its ‘development’ project, are arguing that the state government should deal with the protesters with strong hands and even advocate the use of state power, if necessary! Meanwhile, the ruling party’s motorcycle brigade is roaming in the area, while the big industrialists have started visiting Navanna. The forceful eviction of the villagers from their land, imposition of  ‘UAPA, ‘sedition’ laws on the protesters is just a matter of time. Despite this, the people of the region have started protesting. Small protests are gradually being organized. The adivasi villagers in the region have already taken an oath to resist and block the proposed Deocha-Pachami coal mine. A couple of years ago, the Deocha-Pachami coal project was scheduled to be inaugurated on December 19 , 2019, in the presence of the Chief Secretary of the state. That plan was canceled due to the protests and demonstrations by thousands of people from the local communities. The fact-finding team of ‘Koylanchol Bachao Mancha, West Bengal’ have been informed by the villagers that people from 36 villages are uniting to build up a resistance force. Already they have taken an oath about that in a mass convention.

In the past few decades, we have seen how the lives of evicted people have been ruined, under the garb of ‘development’ projects like Narmada Dam, DVC etc. They too were promised a heaven. Now they have nothing, which shows the reality of those evictions in the name of ‘development’.

This is the time for us to protest. This project is not only dangerous for the residents of Deucha-Pachami but will also affect us and our future generations, especially while we are already encountering extremes of climate change. Our future generations don’t deserve the dreadful outcomes of our greed. Therefore, we must resist.

Unfortunately, the present ruling party, which came to power in the context of mass movements against the acquisition of farmlands for industries in Singur and Nandigram, is now planning to acquire land from the villagers for mining.

On behalf of the environmental activists, river-activists, rights activists, social activists, political organizations and individuals of West Bengal, we demand the scrapping of the proposed Deocha-Pachami coal mining project.

Our demands to the Government of West Bengal and its administration are: