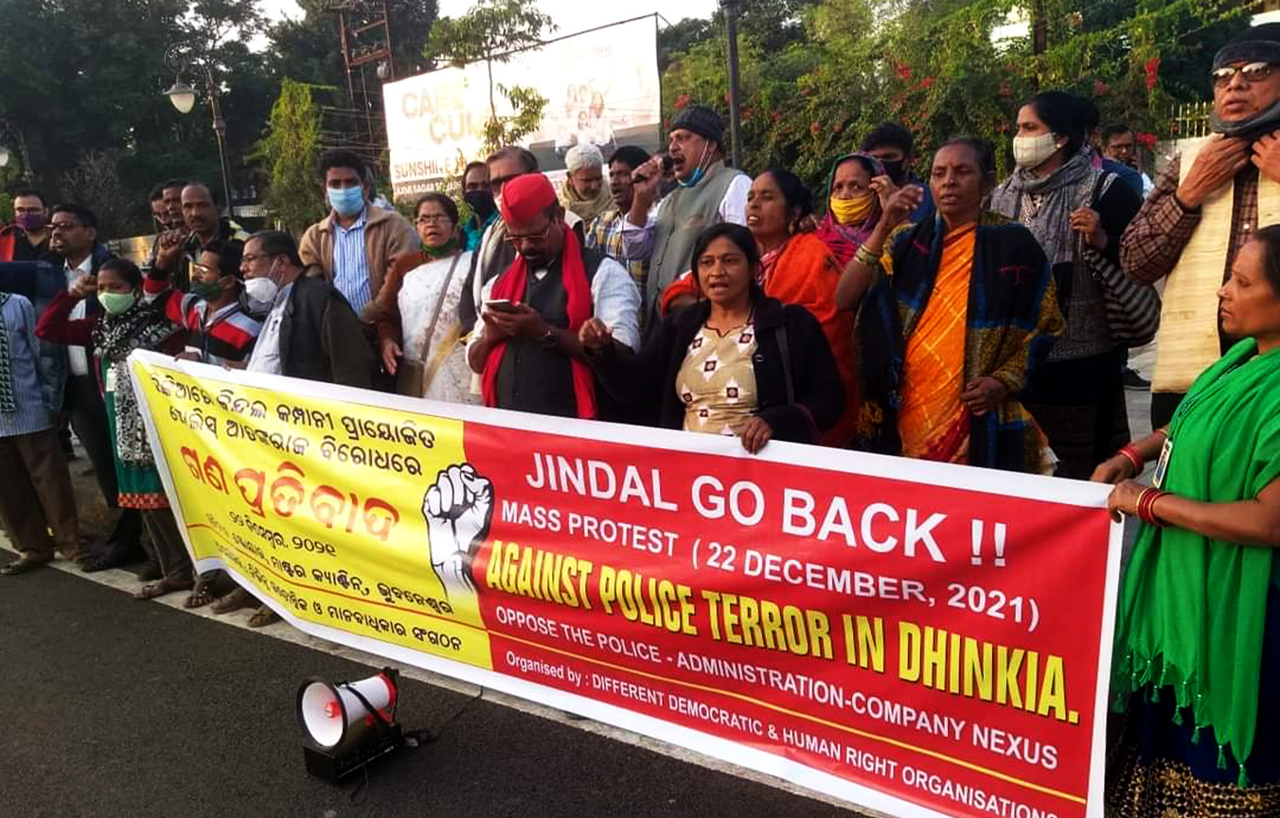 Peasants and betel growers of Dhinkia, Gobindpur and Nuagaon villages of Jagatsinghpur district in Odisha, who for seventeen years have resisted the forceful acquisition of their land by POSCO, are once again facing brutal repression by the Odisha police. After POSCO – the South Korean steel major – was forced to withdraw from its proposed steel project in that area due to stiff resistance by the people, the Odisha government, instead of returning the land to the people, is trying to transfer the  forcibly acquired land for POSCO to Jindal Steel Works Ltd, that is out to set up an integrated steel plant, a captive power plant and a cement factory on it.

In the latest incident of the ongoing police repression, on December 20, unable to find the Panchayat Samiti Member Debendra Swain (one of the leaders of the struggle) in his house, the police picked up his paternal uncle Ayodhya Swain who is a patient of paralysis. The police also picked up Ayodhya Swain’s daughter Lili Swain. There was a severe lathi charge on all those who gathered to oppose the police. Some of the injured include: Prakash Jena, Nath Samal and Bhramar Das. 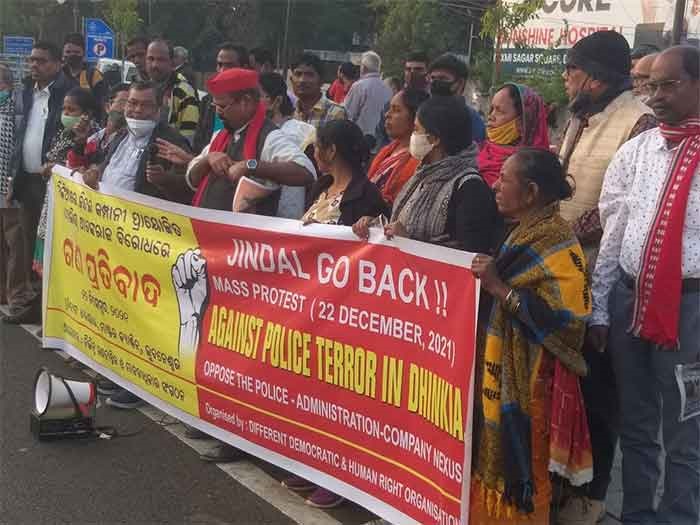 Human Right Organizations, Political Parties and Social and Cultural Activists in Odisha, deeply concerned over the ongoing police repression on the peasants and betel growers, who are resisting the forcible takeover of their land, have written an Open Letter to the Chief Minister of Odisha, urging him to withdraw the police platoons from the area, and have demanded a review of the entire industrial policy of the state as well as that of the entry of JSW in the Dhinkia region of Jagatsinghpur district.

The Open Letter is given below

We, the undersigned, are shocked and deeply concerned over the ongoing police repression on the peasants and betel growers of Dhinkia, Gobindpur and Nuagaon villages of Jagatsinghpur district in Odisha who for seventeen years have used the most democratic means to resist the forceful acquisition of land for the POSCO project.

Instead of giving any space or recognition to their collective mandate on their rights to land and livelihood, they are once again being subject to the most brutal repression by the Odisha police, which is aiding the administration to demarcate the land for the use of Jindal Steel Works Ltd that is out to set up integrated steel plant, a captive power plant and a cement factory.

As reported to us by villagers from the area and as per recent media reports:

They were only stopping the distribution of  bags amongst the youth as you know too well Sir that all kinds of petty bribes and attractions are doled out to the poor of the villages whose land is needed for industrialization. Have they once been asked why they stopped the vehicle? Has any inquiry been done to check these vehicles from entering the area of people who are collectively conveying to the government since seventeen long years that they want to retain the land for the livelihood of their children and future generations?

Is the government afraid to have an open dialogue with its own people who has elected it to power?

Sir, you had once claimed about Odisha being on the path of peaceful industrialization. We urge you to put an end to the presence of police in the area. Even as we write this appeal to you Sir, the betel vine plots are being destroyed and people are terrorised by the heavy presence of several platoons of police.

We welcome your resolution made in the State Assembly to include non-violence in the Preamble of the Indian Constitution. But the actions of the government and administration is having a chilling effect on people’s rights and the entire eco-system. Sir, any effort of the people of Odisha to democratically and peacefully express the Right to Dissent is being met with police high handedness and terror. Finally, the vulnerability of coastal people and environment resources is given no consideration. We firmly believe that the long coastline of Odisha with all its rivers, beaches, flora and fauna needs to be protected for the people and future generations.

We demand a review of the entire industrial policy of our state as well as that of the entry of JSW in the Dhinkia region of Erasama block of Jagatsinghpur district with you and your government at the earliest.