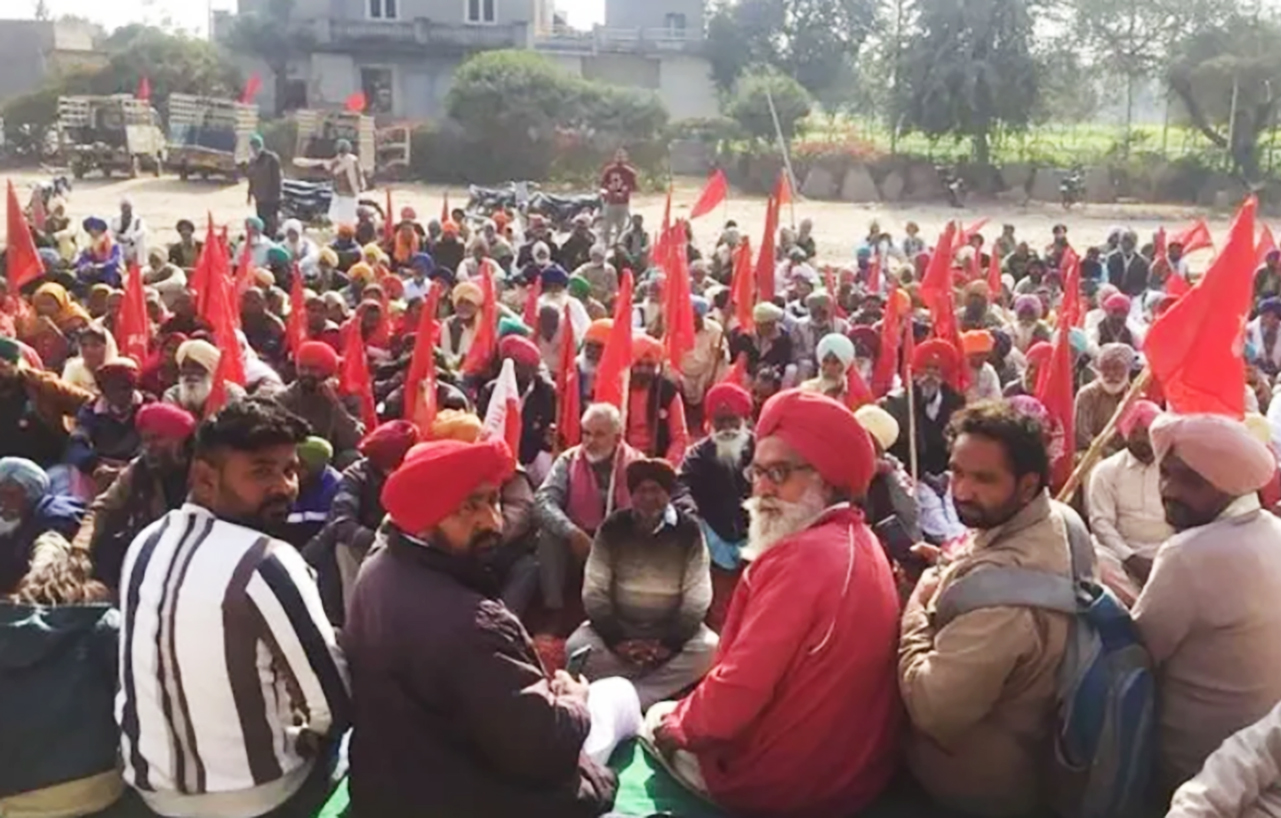 Farmers and Farm Unions struggle has achieved an historic victory. The union government have accepted most of their demands, including the complete withdrawal of the three contentious farm laws. The farmers have left for their homes vacating the borders of Delhi, which they have been occupying for over a year. But this historic victory means very little to the thousands of rural and agricultural laborers, who are mostly Dalit, in Punjab. The Dalit and poor rural and agricultural labours, and the small marginalised farmers are being exploited and oppressed as before. Their struggle for fair wage, ownership of land and other demands continue as before.

A report on a protest (Rail Roko) program by the Samyukt Morcha (united front) of the rural and agricultural labor unions in Punjab, pressing for their demands.

On a call of the Samyukta Morcha (united front) of the rural and agricultural labor organizations of Punjab, hundreds of agricultural and pendu laborers stopped trains at 10 places in Punjab, including Manan Wala (Sri Amritsar Sahib), Phillaur (Jalandhar), Jethuke, Sangat Mandi and Rampura (Bathinda). Thousands of laborers, including a large number of women, gathered at Giddarbaha (Shri Muktsar Sahib), Jaito (Faridkot), Ajit Gill (Moga), Sunam (Sangrur) railway stations, for the Rail Roko Program from 12 noon to 4 pm on !2 December.

Addressing the gathering, the speakers underlined the anti-people policies of Punjab and the Central Government, criticizing the betrayal of promises made by the Punjab government to the rural and agricultural laborers, they said that the Channi led congress government is also adopting the same tactics and policies as the previous governments have done. To resolve the demands of the agricultural workers, Channi government had on 23 November held a meeting with the leaders of the Samyukta Morcha in Chandigarh and assured them to consider their demands. As was decided,  land measuring 5 marla (one marla is equal to 272.25 square feet), one-fourth share in cooperative society and loan of up to fifty thousand rupees will be provided to the landless and needy. Along with this, in view of the skyrocketing inflation, the government was also to ensure that food items were made available at affordable prices to them. 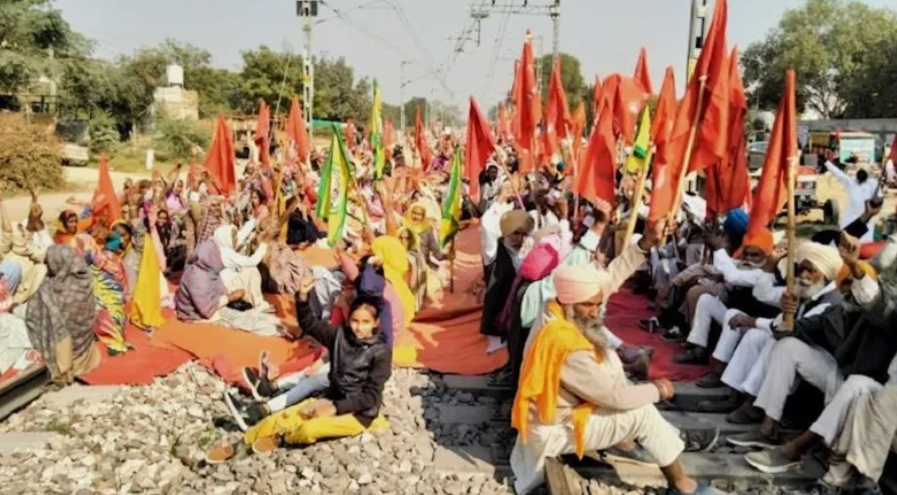 The leaders said that the Chief Minister Charanjit Singh Channi, by not keeping those assurances, has proved that like other political leaders, he too is playing an important role in strengthening the power of the state by taking the side of the capitalist classes. The Dalit and poor farm labourers  are being exploited and oppressed as before.

The farm-labor leaders said that these anti-labour moves would not be allowed to succeed at any cost. The oppressed working class, deprived of its rights and divided along caste lines for centuries, is being mobilized on a large scale. They stressed on the following demands of rural and agricultural laborers :

The speakers said that this struggle will continue till the process of privatization of public enterprises is not stopped and the social and state oppression of Dalits does not end. Along with this, the government will have to make the land ceiling law effective, and the land in excess of the ceiling will have to be distributed among the landless laborers.

Once, under pressure from agricultural labor unions, the Punjab Congress government had issued orders to extradite the excess land but it also withdrew the order. This reflects the government’s defense of the interests of the landlords, who are the pillars of all the ruling class political parties, including the Congress. 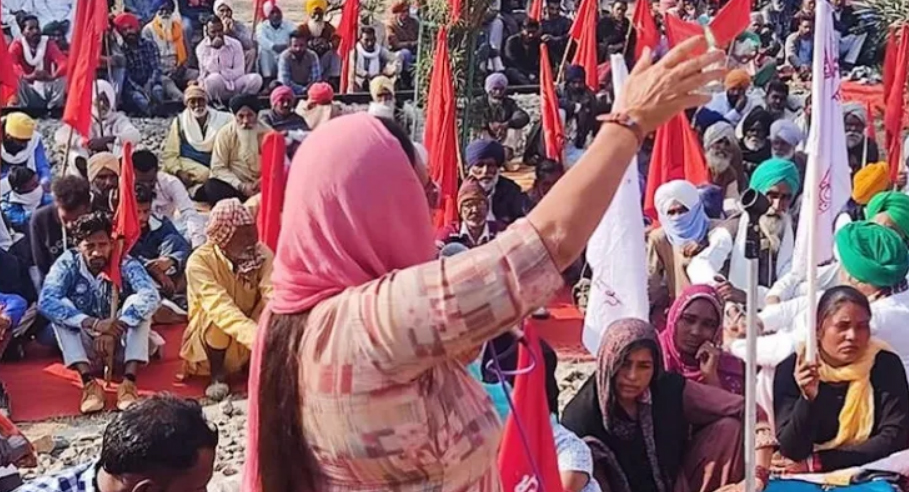 The protest meetings were also addressed by leaders of other fraternal organizations and affiliated unions. Samyukta Morcha leaders Tarsem Peter, Devi Kumari, Jora Singh Nasrali, Sanjeev Mintoo, Bhagwant Singh, Darshan Nahar and Kulwant Singh declared that if the state government still does not accept and implement the demands, it better get prepared to face the next phase of workers’ struggle, the outline of which would be laid out at the provincial meeting of the Morcha on 15 December.

They alleged that though the Congress Party had changed the chief minister to pacify the anger of the people due to the failure of their four-and-a-half years rule, there has been no change in its anti-worker and anti-people policies.

Note: The information and images in this report have been compiled by K Santosh from various Facebook posts and press releases.