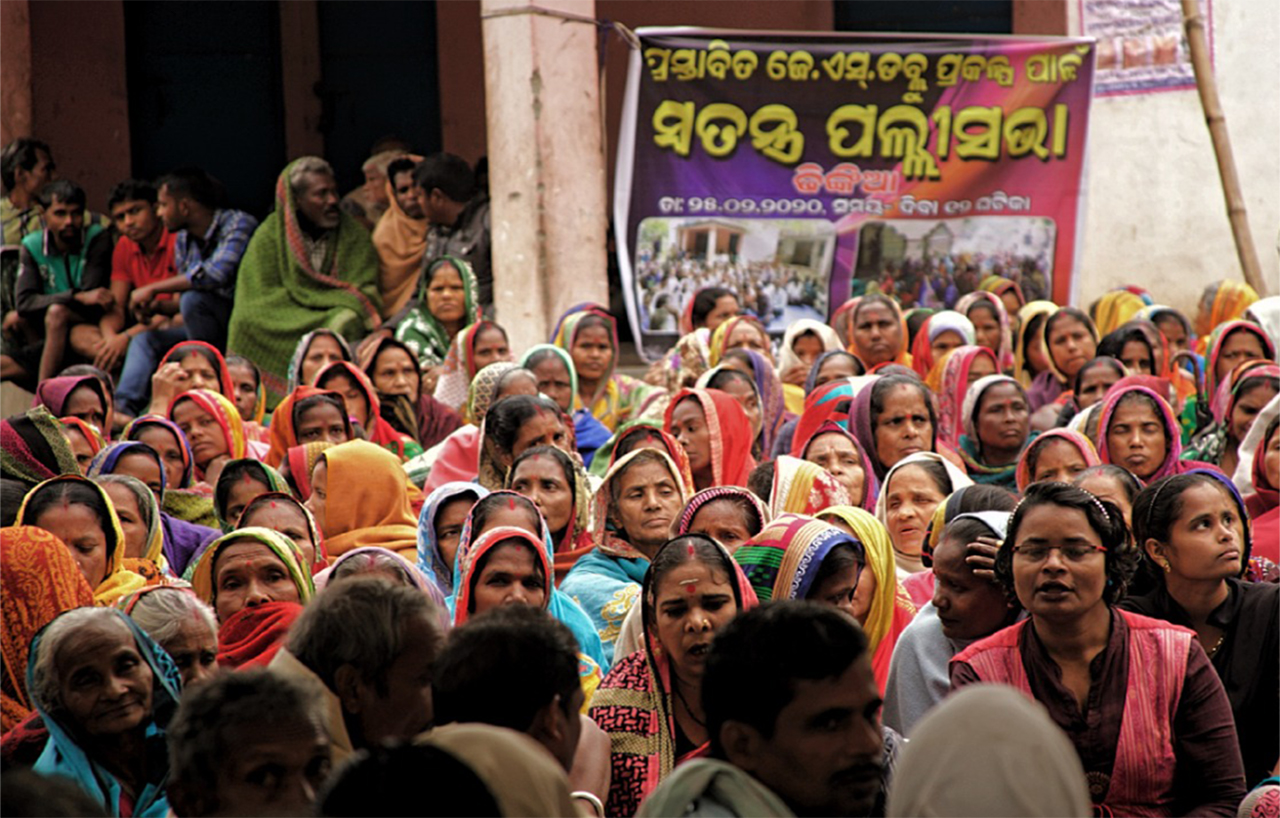 4 December 2021: Another cyclone is approaching Odisha. Most of the people in coastal Odisha are hurrying into shelter homes. But the people of Dhinkia cannot sit at home. They are in panic. Jindal Steel Works wants to acquire their land for setting up a steel plant. The villagers fear that the police will enter the villages anytime. The Biju Govt is helping Jindal in forcefully acquiring their land.

The fear of the villagers came true, when last night, amidst the news of a cyclone hitting the Odisha coast in circulation, around 3 AM, 3/4 platoons of police entered Dhinkia Village to arrest Debendra Swain, the main leader of Anti-Jindal & Anti-POSCO Movement. As soon as villagers came to know about the police presence in their village, more than 500 people rushed to Debendra’s house to prevent his arrest.

The collective resistance of the villagers against the police action was totally nonviolent and peaceful. The police could not arrest Swain but had beaten up the villagers. The injured villagers are: Santi Das (W, Age-60), Tanu Das (W, 50), Mathuri Das (M, 50), Manas Bardhan (M, 32). 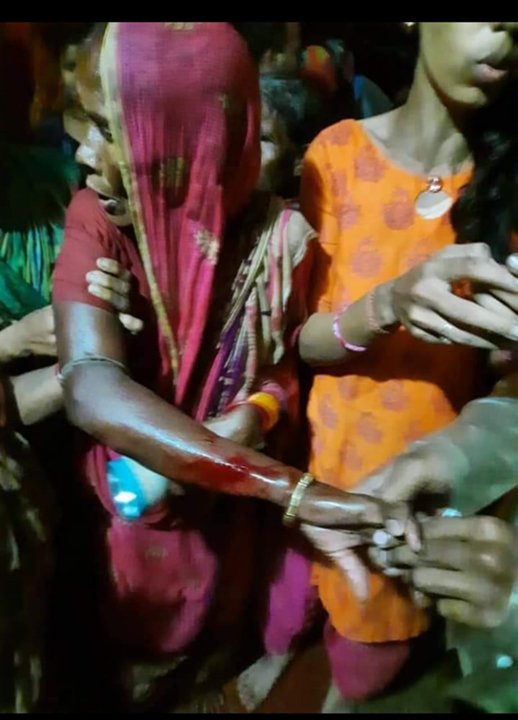 A villager injured in police raid

Most importantly this is the same place where the people protested against the POSCO project despite the brute violence and terror unleashed on them by the Odisha Govt. It was with a lot of hardships and sacrifices that the villagers could earlier drive away POSCO from their soil. Now they are again forced to confront the same reality with the Jindal. The Jindal, a steel and mining conglomerate, happens to be a major election fund provider for the Biju Janata Dal, now in power in Odisha for five terms.

Hundreds of villagers are opposing the setting up of a 13.2 million tonne per annum(MPTA) capacity integrated steel project by JSW Utkal Steel Limited by Sajjan Jindal on land previously acquired for the South Korean steel major POSCO. A 900-MW captive power plant and a 10 MPTA cement unit are also proposed to be set up near the villages of Dhinkia, Govindpur, Nuagaon, Bayanala Kanda, Polanga and Jatadhar in Jagatsinghpur district.

The JSW has came up with a revised compensation package for betel vines, prawn cultivators and fruit trees, and despite stiff opposition to land acquisition by the villagers, the company has announced that the construction of a boundary wall would commence from December.

Debendra Swain, a resident of Dhinkia village, who is spearheading the movement, was quoted by a report in Hindu as saying “We have been opposing the industrial project on our land, which is suitable for the lucrative betel leaf farming, for the past 17 years. Most of these land parcels come under the forest category. The Government should first take steps to provide us the record of rights (RoR) of our forestland — as per the Forest Rights Act (FRA), 2006 — which we have been rightfully using from the last more than 100 years.”

The villagers are resolute in their stand that they would not take any compensation and they are not in a mood to part with their land. Their collective resistance has earlier forced POSCO to leave and now they are again uniting to thwart the attempt of Jindal to seize their land.