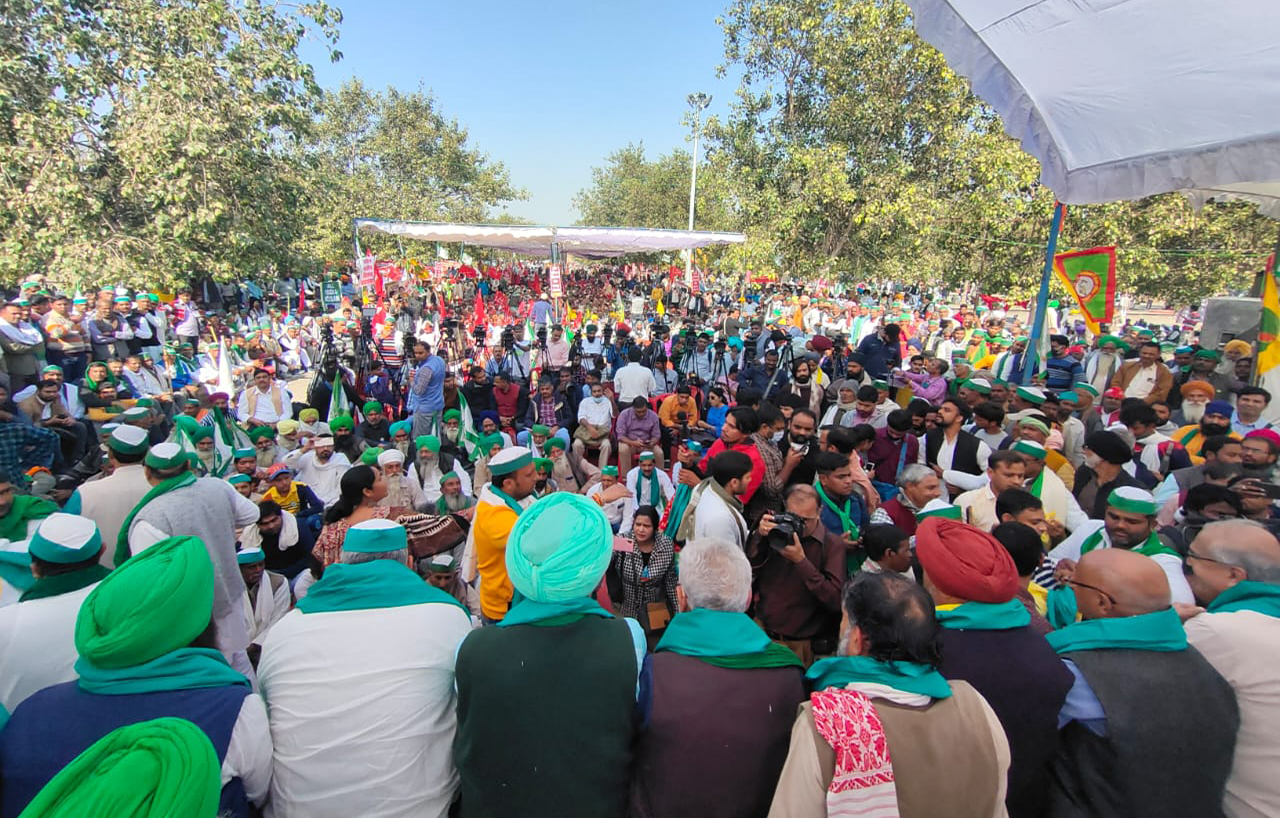 A massive Kisan Mahapanchayat was held today at Lucknow. Family members of martyrs of Lakhimpur Kheri Massacre attended the Mahapanchayat and were felicitated on stage by SKM leaders.

In Lucknow today, the SKM’s Kisan Mahapanchayat was a grand show of strength of the farmers. Dozens of SKM leaders were present on the occasion. Speakers stressed on the fact that what Mr Modi announced on 19 November is only the first victory of the protesting farmers, and that the government is giving too little even now, even though there were several other demands on the table.

The farm leaders congratulated farmers and workers of India who unitedly fought a determined struggle so far, and urged them to continue the struggle. Uttar Pradesh Government was warned about non-payment of sugarcane dues to farmers. All leaders emphasised about the need to arrest and sack Ajay Mishra Teni, for any semblance of justice to be achieved in Lakhimpur Kheri farmers’ massacre. Family members of the martyrs of the Lakhimpur Kheri Farmers’ Massacre were on the stage along with many SKM leaders today in the Lucknow Kisan Mahapanchayat. The family members were felicitated. 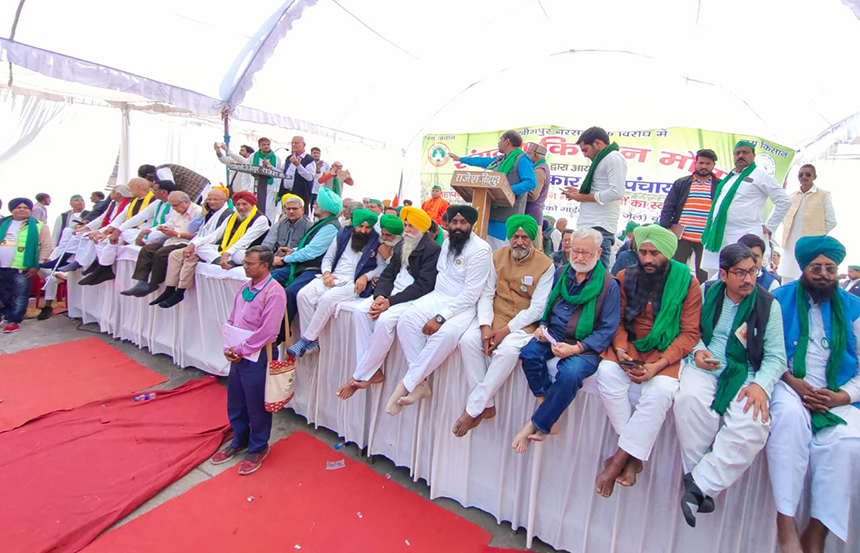 Yesterday evening, the Samyukt Kisan Morcha, after its meeting at Singhu Border, sent a letter to the Prime Minister Mr. Narendra Modi, placing the pending legitimate demands of the protesting farmers in front of the government. In that letter, SKM pointed out that the PM has chosen the path of unilateral declaration of the Government’s decision to repeal the 3 farm laws rather than a bilateral solution, but also welcomed the announcement. The letter raised pending demands of (1) ensuring remunerative MSP and procurement (at C2+50% level) as a legal entitlement for all farmers, for all agricultural produce; (2) withdrawal of Electricity Amendments Bill 2020/2021; (3) keeping farmers out of the purview of penal provisions related to Delhi air quality regulation, and therefore, deletion of Sec.15 from the “Commission for Air Quality Management in the National Capital Region and Adjoining Areas Act 2021”; (4) withdrawal of hundreds of cases imposed on thousands of farmers in the ongoing agitation; (5) dismissal from the Council of Ministers of Govt of India and arrest of Ajay Mishra Teni; and (6) compensation and rehabilitation support to the families of martyrs of the agitation, and a memorial in their name at Singhu Border.

The letter ended by reminding the Prime Minister that he has appealed to the farmers to now go back home. “We want to assure you that we are not fond of sitting on the streets. We too desire that after resolving these other issues as soon as possible, we return to our homes, families and farming. If you want the same, then the government should immediately resume talks with the Samyukt Kisan Morcha on the above six issues. Till then, the Samyukt Kisan Morcha will continue this movement”, stated the letter.

In a press release, Samyukt Kisan Morcha expressed its heartfelt condolences on the passing away of the Chairperson of National Fish Workers Forum (NFF) Shri Narendra Patil earlier today. It said, “the struggles of fish-workers and fishing communities all over India were being led ably by Shri Patil, and SKM expresses its grief at the passing away of an untiring leader of fishers all over India.”

Meanwhile, K Nagaraj from Karnataka, after walking 5100 kilometers for 185 days, in a solo padayatra from MM Hills in Karnataka to Singhu Border, reached the morcha yesterday to a warm welcome. He first covered 31 districts of Karnataka and then headed to Delhi. Throughout the journey, he spread the message of protesting farmers everywhere. Samyukt Kisan Morcha warmly welcomes him to Singhu Border and salutes his spirit and support to farmers. SKM also salutes Jagdish Singh who cycled from Amritsar to Lucknow to attend the Lucknow Kisan Mahapanchayat today. 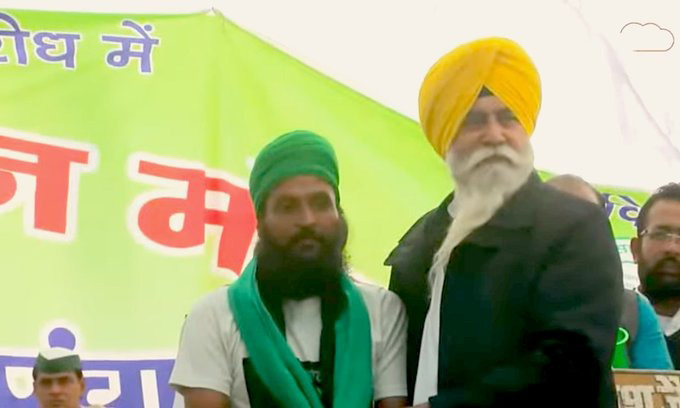 Jagdish Singh who cycled from Amritsar to Lucknow

Number of farmers and supporters are swelling at the morchas as the first anniversary of the historic farmers’ movement on 26 November approaches. Popular songs are being created once again, just like it happened around the same time last year. Singers, artists, sportspersons, film personalities and others have been strong supporters of this movement, and SKM expressed its appreciation of this support. Several political parties around the country are strongly amplifying the demands of SKM on resolution related to pending issues of the agitation, whether it is related to MSP legal guarantee, or support to martyrs’ families or withdrawal of cases against protestors and so on. Meanwhile, all announced programs of SKM will continue as per plan, and an SKM meeting on 27 November 2021 will review developments if any.