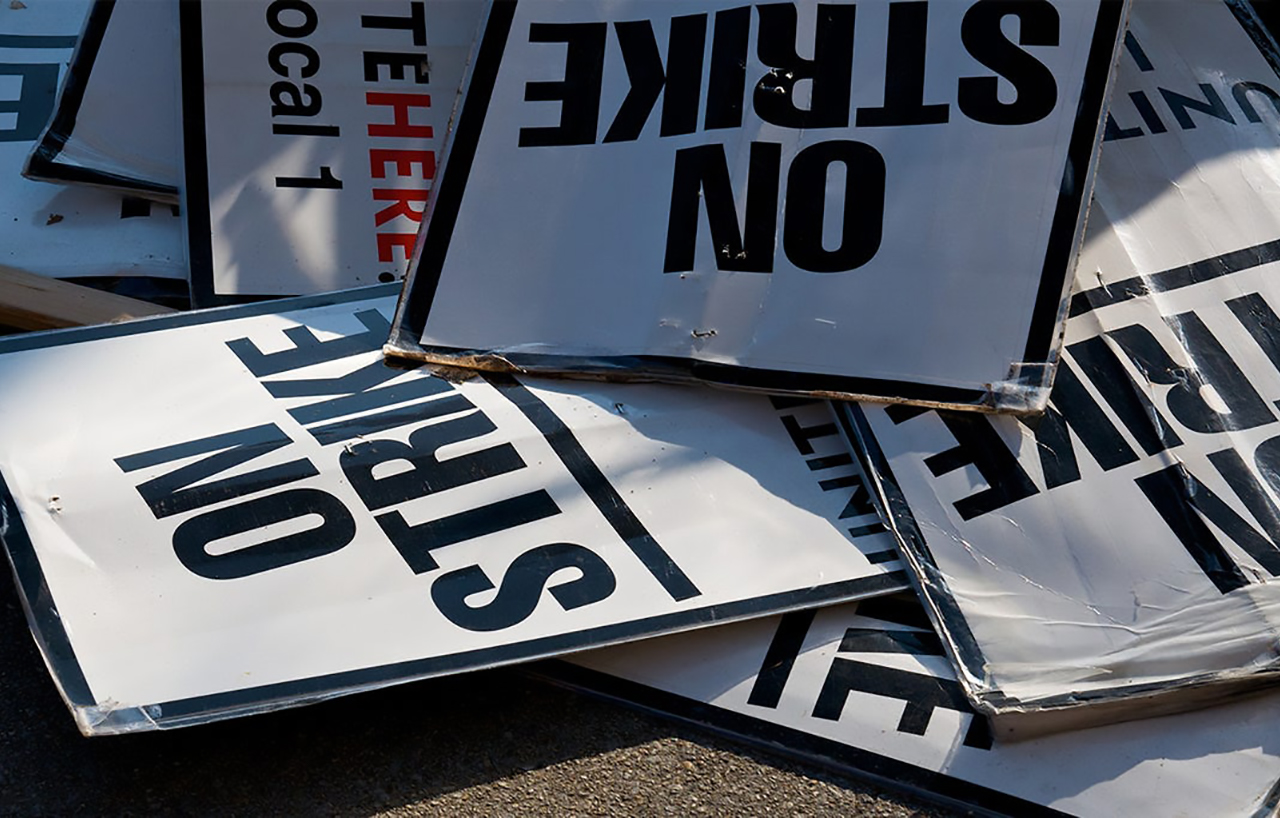 #Striketober marks the first time large numbers of American workers are participating in the first truly transnational labor mobilizations to ever take place in the United States. These mobilizations are dedicated to recognizing, respecting, and representing all forms of labor. Their ethos is best summed up by a popular slogan of the workers: “respect us, protect us, pay us”, writes Dennis Resmond.

This fall, the United States has experienced what an anonymous Twitter user dubbed “#Striketober” — the biggest wave of strikes and labor protests in modern American history. All previous waves were confined to specific professions or regions of the country, e.g. the teacher strikes of 2018-2019, which involved mostly educators and took place in the US states of Arizona, Colorado, Oklahoma, Virginia and West Virginia and the US city of Los Angeles. By contrast, this wave is truly national in scale and scope. Over 100,000 workers have already participated in #Striketober, while tens of thousands more plan to join them over the next few weeks. 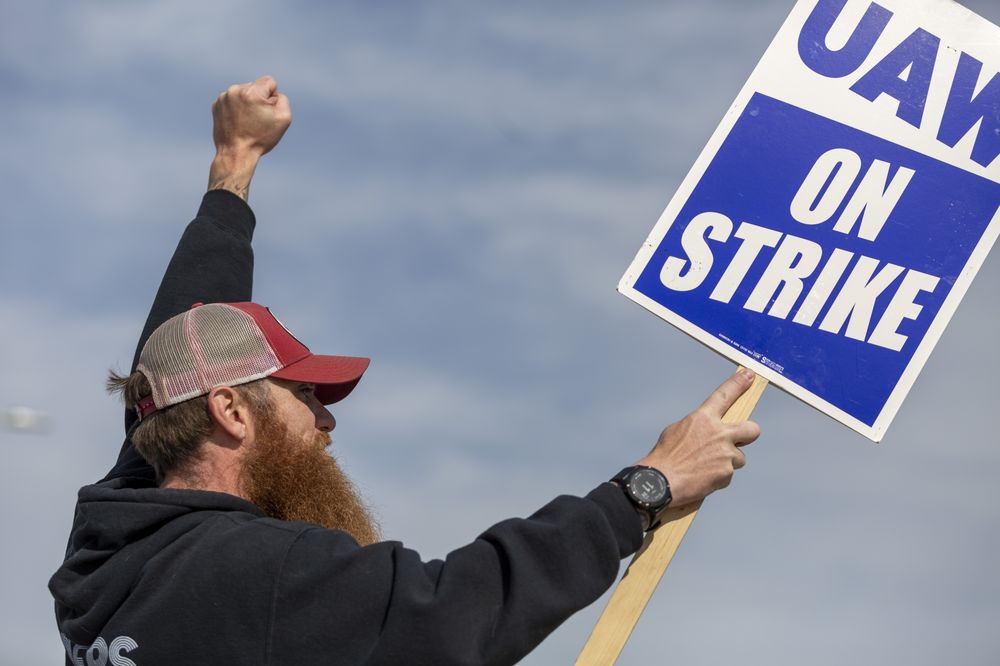 These protests have involved everyone from machinery workers to nurses, from fast food servers to film and television crews, and from logistics staffers to distillery workers. They have taken place in forty-six out of the fifty-five American states and territories. They have garnered significant local community support as well as national and international media attention, and they are winning significant victories. 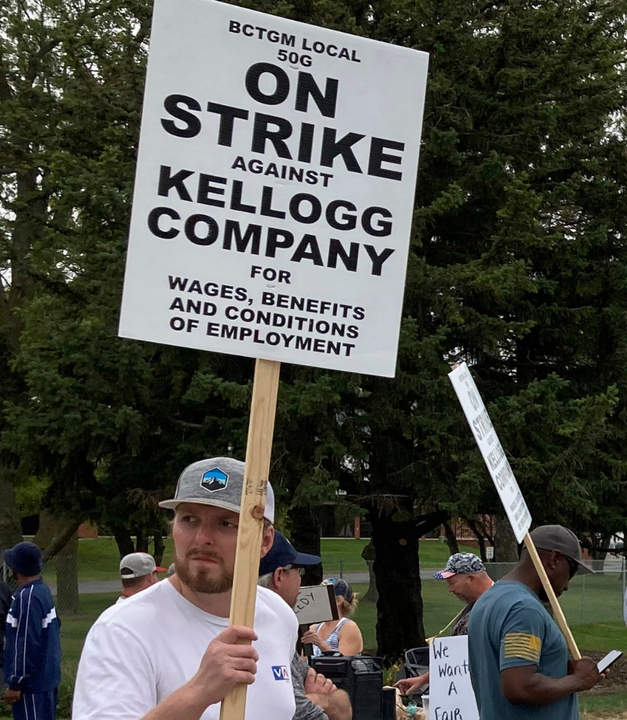 The scale of these protests is extraordinary. The map created by the Industrial and Labor Relations School at Cornell University shows that only 62 strikes and labor protests occurred in the entire United States during 2020, whereas a total of 800 labor actions took place in 2021. The count includes 31 actions in January, 35 in February, 152 in March, 91 in April, 123 in May, 81 in June, 81 in July, 65 in August, 88 in September, and 58 for the first three weeks of October.

Two factors made #Striketober possible. The first and most obvious was the economic disruption of COVID-19 pandemic. The pandemic killed millions of people, caused worldwide lockdowns, halted world tourism and disrupted global supply chains. As a result, the world economy shrank by 3.6% in 2020, its worst performance since the 1.9% downturn of 2009. This forced the governments of the fully industrialized polities to spend vast amounts of money to rescue the economy.

The EU expended $2 trillion on various pandemic relief packages, while its Next Generation initiative will devote an additional $120 billion per year between 2021 and 2027 on education, healthcare, renewable energy and public infrastructure for all EU member states.1 Japan spent $3 trillion to stabilize its economy, and is planning to roll out an additional package of about $250 billion in the near future. Meanwhile, the Biden administration poured $2.1 trillion in recovery funds into the US economy beginning this April, on the heels of the $2.2 trillion in 2020 spending and loan guarantees legislated by the previous administration.

All of this spending generated a massive recovery, and the IMF now predicts world GDP growth will reach 6% in 2021 and 5% in 2022 — the highest figure since 1973’s growth rate of 6.6%. In the United States, it created a hiring boom, driving wages higher and enabling millions of Americans to quit their jobs in search of better ones.

This hiring boom has made millions of American workers more willing to join unions and strike for better pay and benefits. It should be emphasized that the US has the most anachronistic and repressive labor laws of any fully industrialized polity on Earth. Workers are routinely fired for trying to organize a union, sympathy strikes are illegal, and corporations constantly shut down unionized plants in order to reopen them in low-wage regions of the United States as well as middle-income and low-income polities.

However, the current hiring boom has temporarily disarmed these weapons, since US businesses are desperate to hire workers and since all of the fully industrialized governments are now looking to reshore overseas production for reasons of national security (e.g. the EU is building its own battery factories, Japanese firms have relocated 1,700 enterprises back to Japan while Taiwanese semiconductor giant TSMC is building an advanced chip factory in Arizona).

The second factor behind #Striketober is political and cultural. Since 2008, Americans have been living through the collapse of the single most powerful belief-system which structured their daily lives since 1973. This belief-system was neoliberalism, which is best defined as the notion that plutocracy is good and democracy is bad.

For decades, this belief-system was relentlessly propagated by every single plutocrat-owned media platform, every hit television series, and every blockbuster film, to the point that it became the internalized “common sense” of hundreds of millions of ordinary Americans.

Most of this internalization was not due to the behind-the-scenes machinations of Rupert Murdoch or the Sackler family. It occurred through a barrage of everyday media and was spearheaded by publicity-hungry billionaires who claimed to be philanthropists.

One of the classic cases of this toxic philanthropy was Bill Gates’ decades-long crusade to privatize and thereby American public schools. It didn’t matter that Gates didn’t know anything about child and adolescent psychology or teaching. Gates was fabulously rich, and a torrent of fawning media coverage convinced millions of American viewers that of course he should tell teachers how to run their classrooms.

His recommendation was to replace teachers with tests, i.e. to treat students like software products instead of human beings. Diane Ravitch has documented in copious detail how this policy was a colossal disaster. America’s schools were turned into test mills which enriched private corporations, but did nothing to improve learning.

However, the multiple and compounding disasters of plutocratic misrule — five decades of falling real wages, four decades of the privatization of housing, schools and healthcare, three decades of the destruction of the middle class by outrageous inequality, one decade of overt climate catastrophe, and two years of flagrant pandemic profiteering — have slowly but inexorably destroyed the faith of Americans citizens in plutocracy.

Since 2008, Americans have been confronted with an increasingly binary and zero-sum choice between two post-plutocratic paths. The choice was to either decay into a failed revanchism, or to evolve into a truly inclusive and transnational democracy.

The first attempt by American citizens to follow the democratic path was the Occupy movement of 2011-2013, which invented everything from cell phone mobilizations to the citizen journalism of Bellingcat and Organized Crime and Corruption Report. The second attempt took the form of the Black Lives Matter protests which emerged in 2015, and culminated in 2020’s nationwide protests against carceral racism. These protests were accompanied by an explosion of citizen journalism and local labor campaigns, everywhere from Andrea Chalupa and Sarah Kendzior’s Gaslit Nation to the community campaigns behind the struggle for a $15/hour minimum wage.

The year 2019 marked the third attempt, wherein previously isolated digital media campaigns, citizen journalists, anti-carceral civic mobilizations, environmental protests and labor struggles began to unite to create transnational forms of transnational solidarity. The two most prominent of these were the Extinction Rebellion and the Bernie Sanders electoral insurgency. These movements played a key role in defeating Trumpism in the 2020 elections, electing Joe Biden to the US presidency, as well as electing the two senators which gave the Democrats control over the US Senate.

#Striketober marks the first time large numbers of American workers are participating in the first truly transnational labor mobilizations to ever take place in the United States. These mobilizations are dedicated to recognizing, respecting, and representing all forms of labor — from the most skilled programmer to the least skilled farm-worker, and from the wealthiest of the industrialized polities to the least wealthy of the polities of the periphery. Their ethos is summed up by a popular slogan of the Service Employees International Union (SEIU), one of America’s largest and most militant unions: “respect us, protect us, pay us.”

This transnational unionism has mobilized on the basis of the superb investigative journalism of David Dayen’s The American Prospect as well as on the stinging anti-monopoly exposes of Matthew Stoller, who has shown how the United States is overrun with cancerous and toxic plutocrat-enriching monopolies. The result has been a raft of legislative and policy achievements ranging from increased minimum wages in 24 US states to the appointment of leading anti-monopoly expert Lina Khan to the head of the Federal Trade Commission. These are victories unimaginable just two short years ago, when the plutocracy still had an iron grip on US politics.

That said, the forces of US plutofascism have also won significant victories and are also stronger than they were two years ago. The revanchists have banned the right of women to access reproductive healthcare in Texas, they have gutted voting rights in numerous states, and they have also gerrymandered numerous electoral districts, thereby allowing a minority of voters to select a majority of seats. On January 6, the revanchists attempted to overthrow America’s democracy by blocking the Congressional certification of Biden’s overwhelming election victory. To date, there have been no serious legal consequences for the coup plotters, which only goes to show just how close the United States is to catastrophe.

Over the next twelve months, the battle between America’s progressive and revanchist movements will reach its climax. Either the United States will fall prey to a post-Trumpist despotism which will shatter its economy and reduce it to a failed semi-periphery, or it will transform itself into a more inclusive democracy capable of constructing a comprehensive welfare state, investing in public education, infrastructure and renewable energy, and breaking up plutocratic monopolies.

The two movements with the greatest potential to catalyze America’s struggle for democracy over the next twelve months are India Walton’s campaign for mayor of Buffalo, and the Teamsters’ equally remarkable campaign to organize Amazon workers (the Teamsters are a union representing 2 million logistics workers). Both are employing the most sophisticated transnational media platforms and the most powerful tools of the digital commons. Both are inventing qualitatively new models of political solidarity and of workplace solidarity. Above all, both embody the struggle against the failed despotism of the three thousand billionaires, and for a future based on the democratic recognition, respect and representation of all 8 billion commoners of planet Earth.

The author is an independent scholar of digital media, video games and transnational media.

1 The recent German elections are likely to usher in a progressive coalition government composed of the Social Democrats, the Greens and the FDP, which will undertake additional social and infrastructure spending.