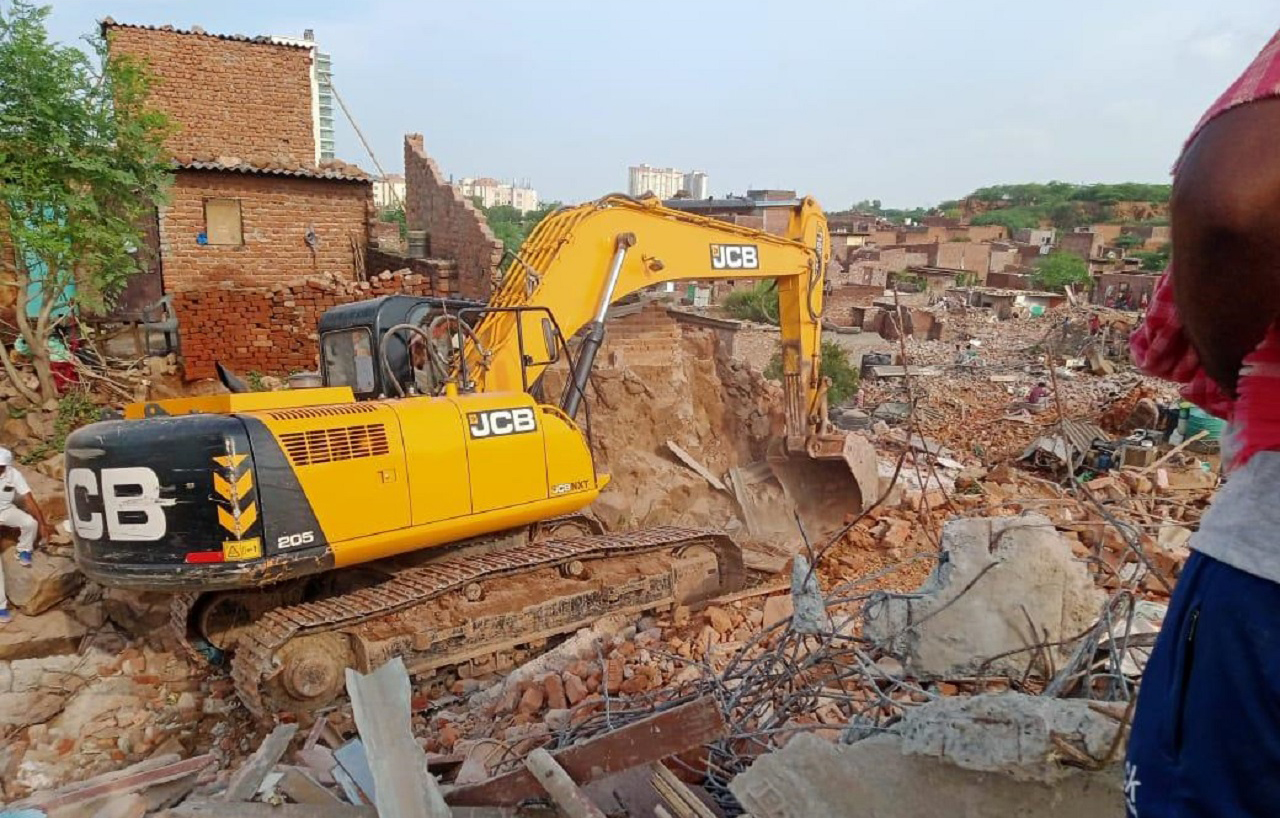 Since 14th July, the Haryana Government has been brutally demolishing houses built by Khori Gaon residents who have been living on this land for decades. Along with the bulldozers the residents have also been dealing with police violence and harassment simultaneously.

The Municipal Corporation of Faridabad framed a draft policy for rehabilitation of Khori Gaon residents 5 weeks after the Supreme Court gave its direction for removal of all unauthorized structures on forest land. This draft policy is akin to a cruel joke for the homeless Khori Gaon residents. The Supreme Court has now allowed petitioners to make suggestions to the draft policy for the Municipal Corporation to consider. We have sent our suggestions regarding the best possible rehabilitation policy to the MCF.

We do agree the Draft Rehabilitation Plan for Khori Gaon by the Municipal Corporation of Faridabad falls short as it doesn’t address the historical injustices faced by the residents, the brutal violence and human rights abuses they have suffered due to the evictions and demolitions and their urgent need for alternate housing, financial and health needs. In our suggestions to the rehabilitation plan, we recommend a comprehensive rehabilitation package.

Process: The right to housing includes the right to livelihood, health, education, food, right to clean drinking water, sanitation, and transport facilities. Hence we urge the Haryana government to adopt a proper consultation process with the residents of Khori Gaon to understand their needs and concerns and design a rehabilitation policy through this process. A grievance redressal cell should also be set up.

The policy must acknowledge that the residents of Khori Gaon are not squatters but victims of an ongoing land racket. The reference to the land mafia has been made in government submissions since 2011. However, little effort was made to tackle this problem. Secondly, the residents are victims of the poor implementation of PLPA forest land in the state of Haryana. There has not been any demarcation of forest land in Khori Gaon that is visible and understandable to common people.

Thirdly, several residents were provided with identity documents by different government agencies. Additionally, surveys have been carried out from time to time. Hence, the government cannot take the stand that it was unaware of the existence of Khori Gaon. Therefore, all residents fulfilling the eligibility criteria should be provided free-hold flats at no cost to the beneficiary.

The proposed rental value of Rs.2000 may or may not be adequate. Hence the value for a 30 sq m dwelling in the vicinity of Khori Gaon should be provided to residents for as long as it takes to make alternate housing available by the government. And if rentals are not available, then government should provide transit housing with food, drinking water, medicines and other basic facilities till all eligible residents are provided rehabilitation. The rehabilitation package needs to provide compensation for material losses, physical injury and trauma during eviction.