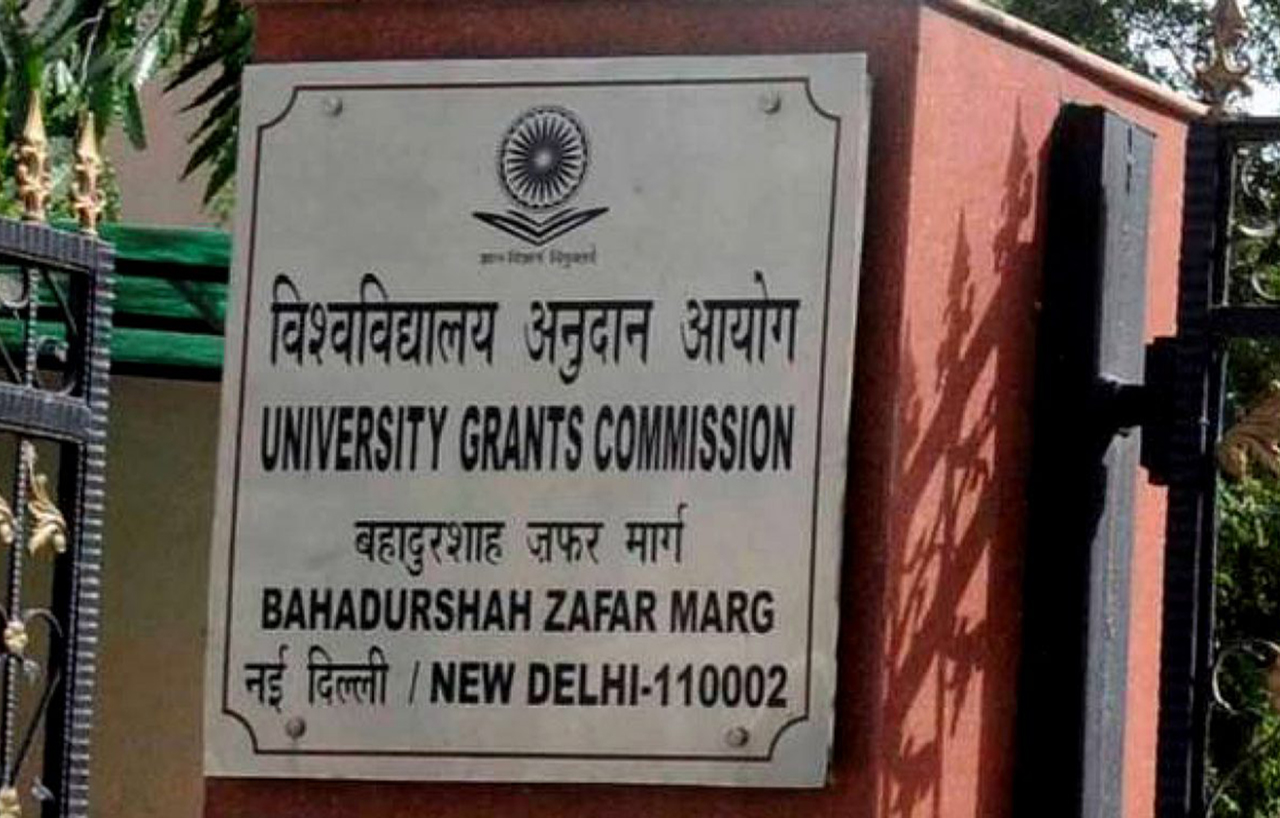 “Blended Learning” combines online and classroom learning and claims to centre the student as a “learner”. It aims to increase flexibility, self-responsibility and participation and, therefore, enhance learning. Pinjra Tod (a women students’ collective), takes a deep look at the UGC’s document, which reveals how bogus its claims are. Pinjra Tod, after a detailed analysis of the document concludes, “The NEP 2020 and UGC concept note on ‘Blended Learning’ stand to structurally ensure that quality higher education is accessed by the upper classes, and that the purpose of higher education broadly will only be to provide skilled workers to be absorbed by the market.” Groundxero is publishing Pinjra Tod’s full analysis and critique of the UGC’s “Blended” learning concept document in three parts. This is part two of the full critique.

CENTRALISATION IN THE NAME OF EFFICIENCY

The NEP 2020 has called for replacing the Executive and Academic Councils with regulatory bodies such as a centrally-appointed Board of Governors and Higher Education Commission of India (HECI). The HEGC and National Higher Education Regulatory Council (NHERC), National Accreditation Council (NAC) and General Education Council (GEC) increase the centralisation of control over universities, by taking control over governance, curriculum, research and finance while alienating immediate stakeholders including the teachers and hampering democratic, autonomous functioning of universities.

The UGC’s idea of autonomy is a financial one, in which each university is left to its own devices to raise funds by dipping into student’s pockets, while HEFA-like bodies provide loans. Academic autonomy and integrity are relevant only insofar as they can be clamped down on. The draft syllabi UGC recently prepared for BA History course plays up mythological aspects of “Indic” civilisation at the expense of established topics and norms of history. The syllabi also prescribe reading lists full of questionable scholarship. In June, texts by pro-establishment figures such as Yoga magnate Baba Ramdev and Uttar Pradesh Chief Minister Ajay Singh Bisht “Adityanath” were introduced at Chaudhary Charan Singh University on the recommendation of the Uttar Pradesh committee for implementation of NEP.  These are only a few from the long list of instances in which academia is being sought to be saffronised in the country. The autonomy of the university and its faculty to decide coursework and material is actively being encroached upon, as is the space to dissent against such intrusions and overreach.

The NTA (National Testing Agency) stands as the embodiment of all that the NEP seeks to do, undermining not only institutional autonomy of universities but also federal principles by extending central authority over educational matters of States as exemplified by the push for common entrance tests like NEET and CUCET, bringing in unsurpassed levels of opaque centralisation and standardisation in evaluation criteria of skills, abilities and knowledge appropriate for a course and pushing a digitised mode of testing, all of which disproportionately affects underprivileged students, especially those who have not studied under central education boards and would thus require additional training and access to resources to catch up, while also further expanding the scope of private tuition and coaching centres to enter the field of education to provide training for such exams.

The disavowal of the welfare role of the government is also suggested by the push towards loans by bodies like HEFA, which ties grants to accreditation of universities, as well as granting of graded autonomy to educational institutions, which has meant financial autonomy to charge higher fees for self-generating courses rather than academic autonomy to decide course structures and method of teaching, or the freedom of expression of students or teachers within university spaces. The expansion of online mode of learning further increases the scope for financial “autonomy” and vigorous involvement of private players as providers of technology and other necessary infrastructure. The surveillance tendencies of online learning are worsened by such private entities, which would become privy to not only course material but also personal information and day-to-day proceedings of online classrooms. The ed-tech sector has grown dramatically in the past few years, with players like BYJU’S, Unacademy, Meritnation, Vedantu, etc., solidifying the notion of education as a commodity to be sold exorbitantly at rates going from tens of thousands to even a few lakhs even for primary school students, at the disposal of a few as an additional learning resource. This is a further manifestation of differential access to learning as the majority who cannot afford these get left behind.

The NEP’s push for privatisation and greater role of FDI in education, collaboration with foreign universities and establishing “institutions of eminence” must be contextualised by the role of finance capital in converting a government service into a market commodity. The WTO-GATS has instituted provisions that encourage greater flows of services like internet infrastructure, distance mode courses from different universities, exchange of students, setting up of branches of foreign universities, and online education. Allowing trade in the service sector, which includes education, has also meant moving towards an increase in fees as a way to discourage government subsidies in education.

These WTO-GATS policies have increasingly shaped the Indian policy for higher education, and NEP is the tragic climax of this turn to commercialisation and commodification. It not only brings the private sector on par with the public sector but in fact goes a step beyond, putting private interest first, inviting increasing involvement of the “philanthropic” and “public-spirited” private. Unsurprisingly, this drive to privatise is quite at home with the ruling regime’s aggressive embrace of capitalism and Big Business as evident in disinvestment, privatisation and commercialisation of other public sector enterprises and services such as banks, ports, mining, airports and railways. By focusing on restructuring the architecture for funding, teaching and learning, these higher education policies weaken the public nature of universities, block access to education for marginalised students, and undermine education as a means of emancipation and dissent.

Instead of realising the potential of higher education as a public good, the focus is rather on making it a sellable good, centred on the technological experience and the availability of “choice” to students. The academic and professional worth of a mix-n-match education being introduced in the name of interdisciplinarity is questionable as opposed to a regular rigorously planned degree – students would now be “free” to pick courses and requirements in a manner that appears highly illegible, undercutting and diluting the efforts and careful consideration that academic committees and professors take to prepare the courses. Students in the new system will be as free as farmers after the new farm bills—to “choose to trade” in the open market! The minority of socioeconomically privileged students will be able to make use of such a “choice” and seek full degrees in whichever modes and subjects they prefer, while the majority, marginalised students, will be left to seek shorter courses of questionable academic and professional value.

The idea is to uncritically increase the Gross Enrollment Ratio, as outlined in the NEP, without ensuring a comprehensive, meaningful education for the enrolled students. The Gross Enrollment Rate has risen consistently since 2001, reflecting the growing demand for higher education, but it has come with a substantial increase in the fee burden. Households have often resorted to selling assets or taking out loans to fund education in India, creating a particularly precarious scenario considering the volatile, contracting job market.