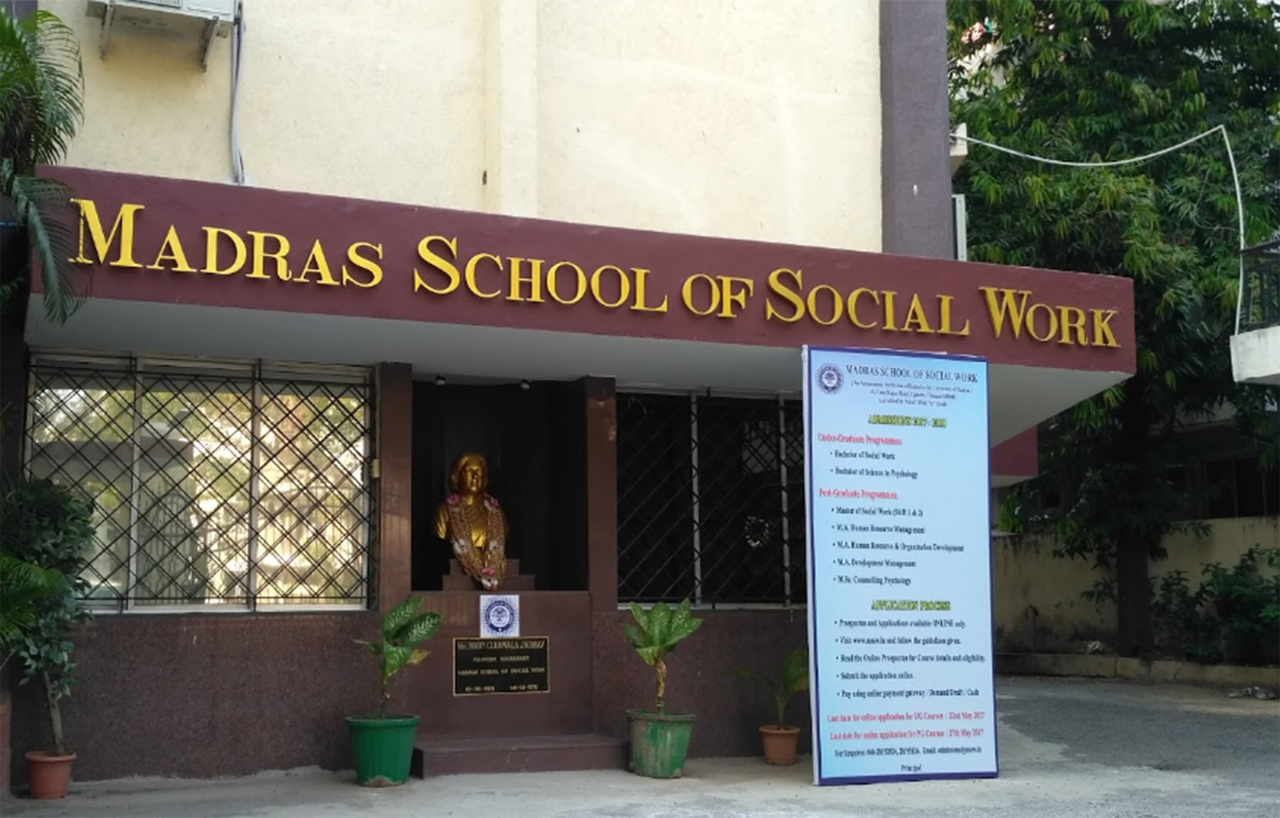 On May 5, MSSW, a premier Social Work College in Chennai, terminated the services of one of its professors. The termination letter merely mentioned that he was ‘not diligent in discharge of his duties’. It did not specify what ‘duties’ he did not discharge. RG Sudharson, the terminated professor, who dares to question the governments policies and teaches students to raise these questions, is yet another victim of the present authoritarian academic administrative system that deals with dissent with undemocratic harshness. This report was initially published in TNLabour.

Current and former students of Madras School of Social Work (MSSW), have demanded to know why their professor, RG Sudharson, was dismissed suddenly and without proper reason or process. According to the students, they were surprised when they came to know that their professor was terminated for ‘unsatisfactory performance’. According to the students and the Alumni, Sudharson was a very interactive, engaging teacher, who had helped shape their learning and their opinions.

On 5th May, MSSW, after a short meeting with the professor, terminated his services. The termination letter merely mentioned that he was ‘not diligent in discharge of his duties’. It did not specify what ‘duties’ he did not discharge. RG Sudharson, joined the Department of Development Management at MSSW as an assistant professor in 2017. Prior to this termination, neither the department head, nor the principal had ever written to Sudharson about failing in his duties. There is no record of ‘unsatisfactory performance’ noted by the department or the college. But what is most troubling is that the professor was not given any opportunity to respond to the charges. This goes against natural justice and makes one feel that the reasons for the arbitrary dismissal has less to do with ‘performance’ and more to do with the ‘political opinions’ of RG Sudharson. The principal or the management has not responded to our queries regarding this issue.

The academic institutions across the country are being subjected to extreme pressure to replace teachers and professors who instil critical thinking among the students. The RSS ideology demands that the people submit to their leadership without question. We know how students of JNU were hounded with goons and many are in jail for protesting the Citizenship Amendment Act and National Register of Citizenship. We know how a senior intellectual like Pratap Bhanu Mehta was forced to resign from ASHOKA University. Closer home, in Kerala, a professor was put on suspension for observing that RSS was a fascist organization.

RG Sudharson is also one of those few professors, who dares to question the governments policies and teaches students to raise these questions, even against authority. It is well known that he had organized discussion on Demonetization, economic policies and even the Citizenship Amendment Act. It is also believed that in informal discussions, he had questioned the NAAC system and the practice of colleges to force more work on professors to meet their scoring criteria. These would have made him a prime target for administrative action, even as it made him more relevant to students.

It is a testament to his teaching that current and former students have challenged the arbitrary actions of the college and demanded answers to their justified queries. However, it is very troubling that employees can be removed from their employment without cause. While the academia might be facing this crisis in the past 7 years of BJP government, workers have suffered this condition far longer. Any attempt to collectively improve their work conditions, has almost always been met with terminations and even closure of entire departments.

The students have taken the first step towards resisting this move, various other faculty members have also signed a petition to MSSW asking them to revoke their decision and allow a fair enquiry. Complaints have also been filed with the higher education department against this dismissal.  Only sustained public pressure will force the management to reinstate the professor and refrain from such actions in the future.