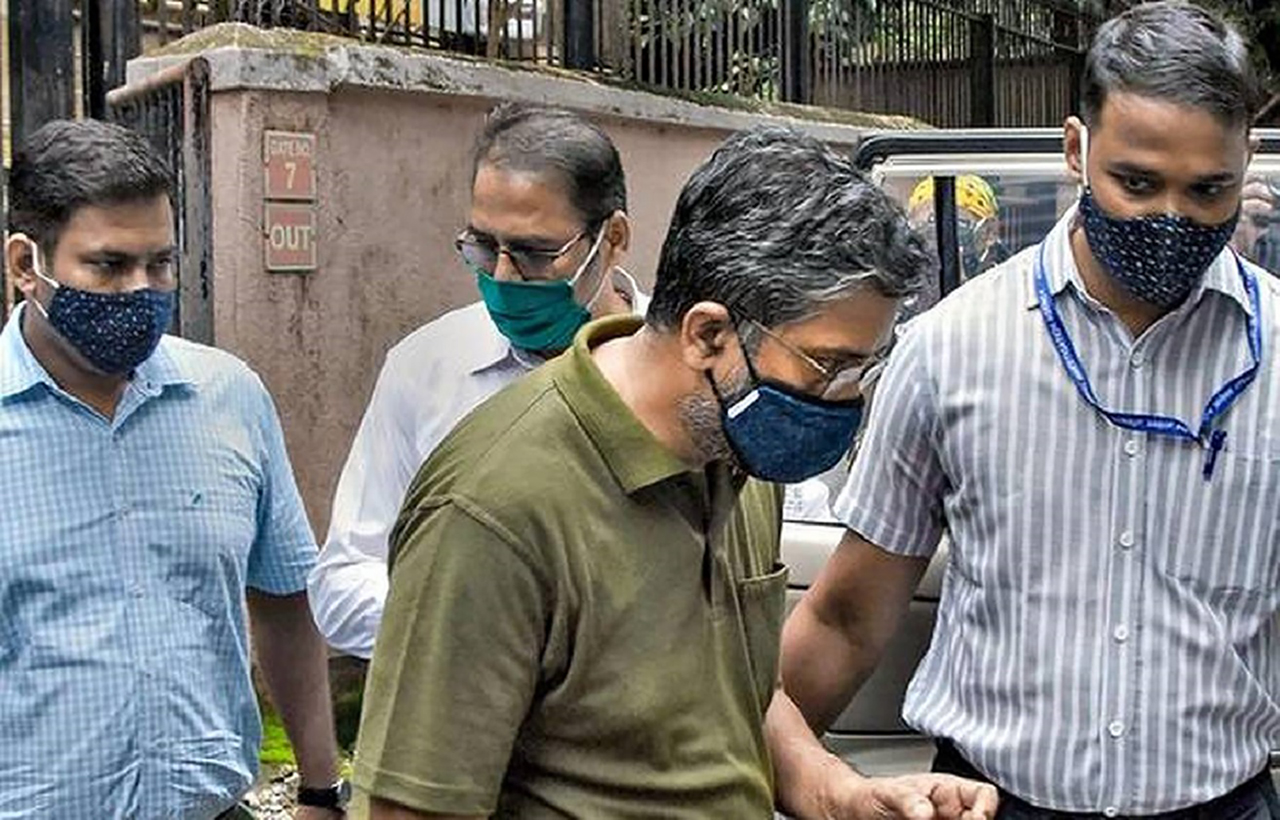 “We are only asking for the rights granted and guaranteed under the Constitution of India”. — Jenny Rowena (wife), Harish MT & MT Ansari (brothers) of Hani Banu

Prof. Hany Babu, an undertrial prisoner in the Bhima Koregaon case, who has been in jail custody since July 2020 without trial, has developed an acute eye infection in Taloja Jail. He has little or no vision in his left eye due to the swelling, which has spread to the cheek, ear and forehead, compromising other vital organs as well, and posing a significant risk to his life if it spreads to the brain.

Today, the family members of Hany Babu has issued an appeal to the Chief Minister of Kerala Mr. Pinarayi Vijayan, requesting him to kindly intervene in this matter with utmost urgency. In a letter addressed to the Kerala CM they asked him to request the Maharashtra Government and the Taloja Jail authorities to provide immediate consultation and hospitalization and treatment for Hany Babu M.T. at a good hospital to ensure proper care and attention without any further delay.

An Appeal to Chief Minister of Kerala Mr. Pinarayi Vijayan

To
The Honourable Chief Minister of Kerala

We, the family members of Hany Babu M.T., who is the 12th person to be arrested in the Bhima Koregaon-Elgar Parishad case (NIA Case No. RC-02/2020/NIA/MUM), write to you in desperation and to bring to your kind attention an urgent matter related to his health condition.

Hany Babu M.T., hailing from Kerala, an Associate Professor of English at the Delhi University, is at present an inmate (UT No. MB 490) of the Taloja Central Prison, Maharashtra.

Recently, we have been informed that Hany Babu developed a serious infection in his left eye on 3rd May, which soon developed into double vision and severe pain. Since the prison Medical Officer had already informed Hany Babu that the prison did not have adequate facilities to treat his eye infection, Hany Babu had immediately requested for consultation and treatment with a specialized doctor. But he was not taken for consultation, because an escort officer was not available. It was only after his lawyers sent an email on 6th May to the Superintendent, Taloja Jail, that he was taken to a Government Hospital in Vashi on 7th May. At the Vashi Government Hospital, Hany Babu was examined by an Ophthalmologist, prescribed certain anti-bacterial medication, and advised to return for follow-up treatment in two days. Whilst his condition deteriorated alarmingly, he was still not taken back to the hospital after two days.

He is no longer able to make out shapes or colours. The area around his left eye, cheek and forehead is still swollen and there is pus coming out of his infected eye. The left side of his head and face is numb and there is a burning sensation in his ear and cheeks. The paracetamol given to him is not helping with the extreme pain that he is suffering. Sir, we are extremely worried that the eye infection will lead to irreparable damage to his eye. In fact, with the swelling and numbness, it is highly likely the infection can spread to his right eye also and even impact the brain. At present, he is also not able to apply the medications given to him without help, especially at night. Further, we are told that there is a water shortage in Taloja Jail and he is not even getting sufficient water to clean the towels and to wash his eyes. He is forced to use soiled towels.

Hany Babu, as well as us, through the lawyers, have been repeatedly requesting the Jail authorities to take him to a good hospital, right after the initial check-up. However, despite the seriousness of the situation, the Taloja jail authorities have not done this so far. We were promised that he would be taken for specialized consultation on 11th May 2021. But, after repeated calls to the prison, our lawyers were informed by the Taloja jail authorities that Hany Babu was not taken to any hospital, once again, due to the lack of escort officers. Neither the lawyer nor any of us were also allowed to talk to Hany Babu directly and we are kept in the dark about his real condition.

Sir, as you know, the eye is a sensitive and vital organ. Any further delay in providing proper medical attention can have serious consequences for Hany Babu’s vision. Even a day’s delay may lead to an irreversible deterioration leading to partial or complete loss of sight as well as a life-threatening complication if it affects the brain.

Hence, it is our humble plea that you kindly intervene in this matter with utmost urgency. We request you to kindly request the Maharashtra Government and the Taloja Jail authorities to provide immediate consultation and hospitalization and treatment for Hany Babu M.T. at a good hospital with a specialized Ophthalmology department to ensure proper care and attention without any further delay. We also request your immediate intervention to uphold basic human rights by ensuring hygienic conditions, clean water and a trained person, or at least a reliable co-inmate to help Hany Babu apply medications in the prison, until full recovery.

On 10th May, Hany Babu’s lawyer, Ms. Payoshi Roy, made over 8 calls to the prison in order to speak with the Superintendent, who refused to come on the line. At 8:30 pm, the Jailor informed Ms. Roy that he was aware of Hany Babu’s condition and was making arrangements to take him to the hospital the next day. However, he was not taken to the hospital even on 11th May.

The family members in a press release earlier stated

The thought of Hany Babu having to beg for something as basic as essential health services is heart wrenching. Even today, we were unable to get a response from the prison, despite repeated calls by Ms. Roy. We fear that an opaque system will do irreparable damage to those locked up within as well as locked down at various places. Hence, we request immediate access to proper medical care and transparency in case of such a serious illness. After all, we are only asking for the rights granted and guaranteed under the Constitution of India.