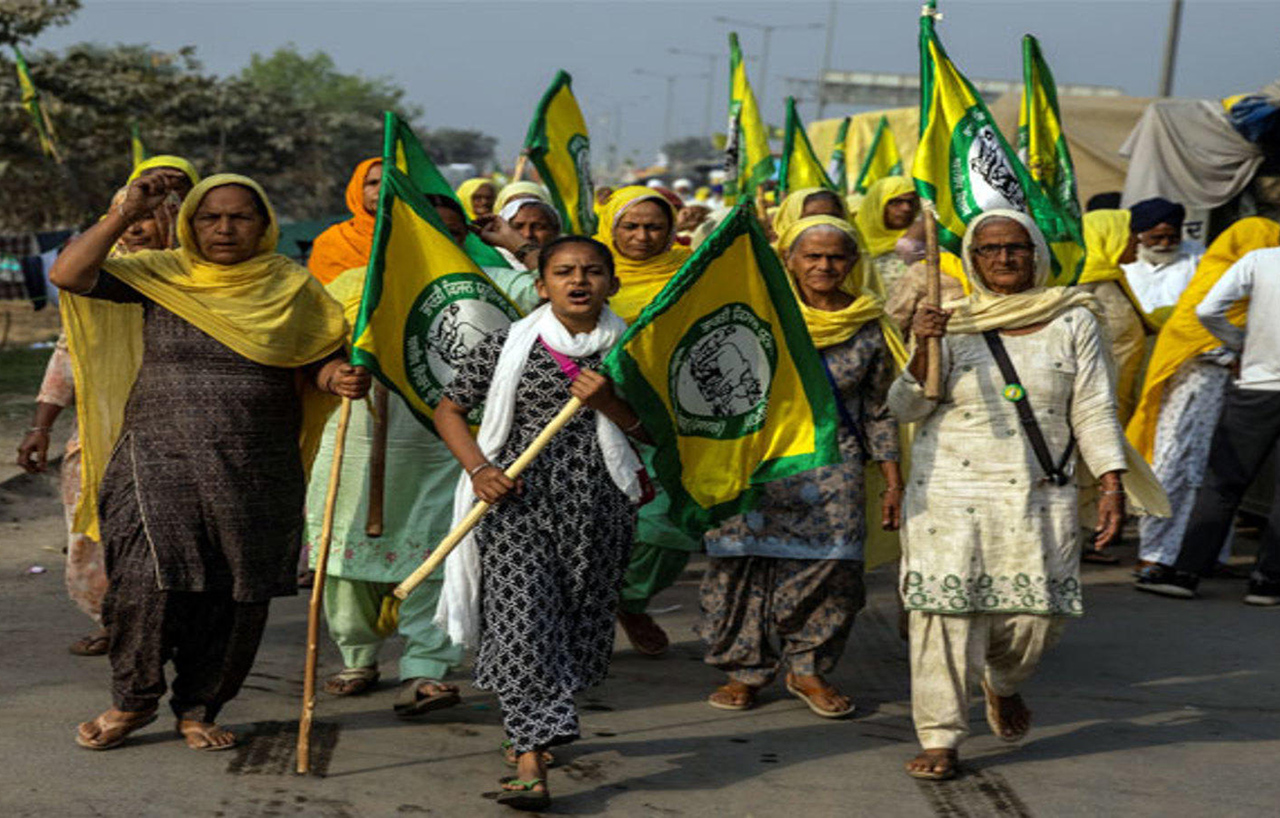 Stand Up For The Repeal Of Three Farms Act!! Stand Up Against Patriarchy!!

Women against Sexual Violence and State Repression (WSS) stands firmly and unconditionally with survivors from various movement spaces, who have come forward with their testimonies of sexual assault, harassment and other forms of interpersonal violence on social media.

Women against Sexual Violence and State Repression (WSS) stands firmly and unconditionally with survivors from various movement spaces, who have come forward with their testimonies of sexual assault, harassment and other forms of interpersonal violence on social media from Trolley Times, Swaraj Abhiyan and SFS.  We are thankful to these survivors for finding the courage to share their traumatic experiences. Those who have spoken up are active in the united movement demanding the repeal of the three farm Acts, spearheaded by the mass organizations of farmers and agricultural laborers. And the named perpetrators include men who were active within the same progressive organisations and spaces.

We deeply mourn the tragic death of 25-year-old Momita Basu from Covid infection on April 30 in a hospital in Bahadurgarh. She had travelled to the Tikri border in Haryana with the Kisan Social Army who she met when they visited West Bengal. As close sources reveal, she was struggling to protect herself from the continuous harassment of its leading member. Instead of getting any justice, she had been asked to return back to Bengal. Perhaps there is a real paucity of mechanisms of redressal or lack of skills among the peasant unions.

As WSS stands in full support of ongoing protests for the repeal of the three Farm Acts on the borders of Delhi, it is our firm conviction that our movements can become even stronger and robust if each and every member feels safe and supported. Thus, WSS urges comrades and saathis to note that:

Indeed, in our view, this is an opportunity for different progressive and feminist organisations to join in on a broader conversation around building effective accountability and remedy mechanisms and practices in movement spaces. However disruptive or uncomfortable accountability processes might seem in the beginning, we firmly believe that in the long run, they make our movements stronger and more resilient.

Our commitments to fighting state repression, sexism and patriarchy demand that we dedicate time and resources to combating violent and predatory behaviors, supporting and listening to survivors, finding ways to hold perpetrators accountable for the trauma they have inflicted upon others, and sensitizing each other on consensual sexual relations and conduct, not only in the world but in our own intimate relationships and movement spaces.

In our collective experience, we know there is no organization or movement space bereft of inequalities, especially caste and gender inequalities, in mixed spaces. The fight against a ruthless state and its policies need our concerted and united effort; yet, this unity gets marred by discrimination and unwarranted casteist or patriarchal behavior of members towards their own comrades and friends. When shock and disillusionment sets in within the familiar world of political activism, many young women have withdrawn. Indeed, the baggage of hetero-normative patriarchy can be destructive and debilitating for most of us.  We are concerned that any organizational inability to address such conflicts alienates members from their own organizational space. Further, the silence and non-committal response of other progressive forces around us compounds the bewilderment when the matter brought out in the public domain. It is for this reason that WSS believes we need to speak up in every such instance, and more so when members turn to the WSS network for intervention.

Women often have to fight many more battles within the family and on the roads to be politically active in a space of their choice. Women do this even as they themselves continue to face a misogynist society and the daily wear and tear of patriarchal violence, be it directed at ourselves or in Hathras or Kathua. Therefore, making our organizational, movement, and campaign spaces conducive for women is an urgent political task, which requires our dedicated attention as much as the larger battles that draw us and forge political solidarity with many others who may not have to travel the same perilous path.

Women against Sexual Violence and State Repression (WSS) is a non funded grassroots effort started in November 2009, to put an end to the violence being perpetrated upon our bodies and societies. We are a nationwide network of women from diverse political and social movements and organizations. We unequivocally condemn state repression and sexual violence on our women and girls by any perpetrator(s). See https://wssnet.org/ for more.