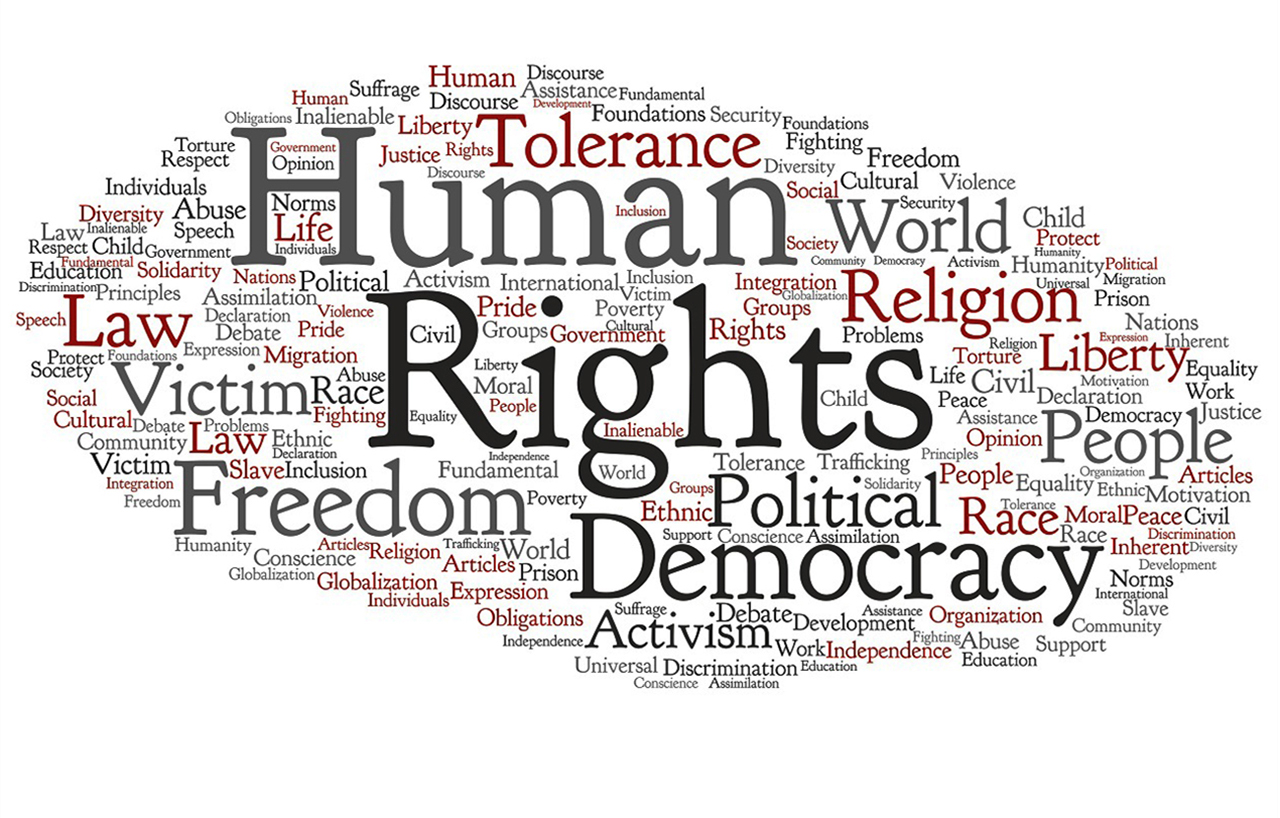 2020 Witnesses the Deliberate Destruction of Democratic Rights Organizations in India

Overall in 2020, in the backdrop of a pandemic ravaging the country, laws have been forced through by the BJP government to rob the livelihoods of labourers in the form of the four labour code acts and of farmers in the form of the three farm acts, and the citizenship rights of a large number of the most marginalized sections of the society through the CAA-NRC-NPR process. While this full scale attack on the rights to life and livelihood of the majority of our population continues, the deliberate destruction of the very organizations which stand in vigil of our rights and liberties is a crucial part of this process. Unless our courts, media, civil society and common citizens wake up to this fact and oppose this, the country will be heading towards a system conforming to the authoritarian-majoritarian worldview of the RSS-BJP. Some may call this system “Hindu Rashtra”, but its real name is Fascism, writes Partho Sarothi Ray.

The large scale destruction of lives and livelihoods in 2020 caused by the COVID-19 pandemic in India and its inept handling by the government has been accompanied by another sort of destruction, much more deliberate and calculated. It is the destruction of the democratic rights organizations (DROs) of India, as part of a vicious plan of the BJP government to irreparably shrink the democratic space for a future that we can only tremble to think about. “The price of liberty is eternal vigilance” is an oft-repeated statement, usually wrongly attributed to Thomas Jefferson. Notwithstanding who first made this statement, it is the democratic rights organizations who have historically taken the responsibility for the vigilance that is required to safeguard and protect our liberties, hard won in struggles waged and sacrifices made by our freedom fighters. These same democratic rights organizations have been targeted by the government in India in a process to delegitimize and finally destroy them, to clear the space for the inauguration a system where rights and liberties will only be for a chosen few and the rest of the people will be cowed down into subservience.

Democratic rights organizations, also called Civil Liberties-Democratic Rights (CL-DR) groups, have had a long history both in India and internationally, and have played important roles in every democratic society. For example, the American Civil Liberties Union (ACLU), is a 100 year old organization that proudly proclaims itself as “our nation’s guardian of liberty”, and wields a lot of authority and prestige, and has often stood against government policies and measures during its long history. In India the initiative to set up a civil liberties organization was taken by Jawaharlal Nehru in 1936 when he wrote to a large number of political leaders and intellectuals about the need of a broad-based civil liberties organization. These efforts culminated in the formation of the Indian Civil Liberties Union on 24 August, 1936. This was immediately followed by the setting up of units in the Calcutta, Bombay and Madras presidencies and in Punjab. ICLU had illustrious figures such as Rabindranath Tagore as its first honorary President and Sarojini Naidu as its first working President. Rammanohar Lohia, M Venkatarangaiah and S Pratap Reddy contributed to popularise the concept of civil liberties by writing pamphlets and articles.

The second impetus for the formation of democratic rights organizations came in the backdrop of the widespread state repression on the revolutionary movements in the late 1960’s and early 1970’s, leading to the formation of Association of Protection of Democratic Rights (APDR) in West Bengal as the first democratic rights organization in India in 1972. This was quickly followed by the formation of the Andhra Pradesh Civil Liberties Committee (APCLC) in 1974. Then came the Emergency imposed by Indira Gandhi in 1975, which was a direct show of naked state power curtailing the democratic rights of the people. The mass movements against the Emergency led to the formation of the People’s Union for Civil Liberties and Democratic Rights (PUCLDR) in 1976 by Jaya Prakash Narayan. Justice V.M Tarkunde was its president and Krishan Kant the general secretary. After the Janata Party government came to power PUCLDR became mostly inactive but the Delhi unit remained active under advocate Gobinda Mukhoty and led to the formation of Peoples’ Union for Democratic Rights (PUDR) in February 1981. A number of other civil liberties organizations also came into being during this period suchas Organisation for Protection of Democratic Rights (OPDR) in 1977 at Hyderabad and Committee for Protection of Democratic Rights (CPDR) and Lokshahi Haq Sanghathana in 1977 and 1979 respectively in Bombay. The process initiated by JP in PUCLDR, and involving luminaries such as justices V M Tarkunde, and Rajindar Sachar, advocates KG Kannabiran and Arun Shourie activist and author Rajni Kothari and others culminated in the formation of Peoples’ Union for Civil Liberties (PUCL) as an all India civil liberties organization in 1980.

Because of their consistent criticism of the state’s role in violating democratic rights of the people, democratic rights organizations have always been the bête noire of governments, whatever be the political ideology of the party in power. It is remarkable how democratic rights activists and organizations have been targeted for repression by governments in the centre and states, irrespective of the party in power. For example, Dr. Binayak Sen, a world renowned paediatrician and public health expert, who was a national vice-president of PUCL, was accused of charges of sedition and imprisoned for nearly three years between 2007 and 2011. This was at a time when there was a BJP government in Chhattisgarh and a Congress government at the centre. Democratic rights activists have been repeatedly arrested and imprisoned and democratic rights organizations targeted for state repression in various ways in nearly every state of India during this period.

Therefore over the last two years we have witnessed the systematic delegitimization of democratic rights organizations all over India, which has culminated in 2020 in a full-scale attack. The ground has been prepared well for this by the amendments to the UAPA, making it more draconian, and to the NIA Act, giving unbridled powers to the NIA. The well-known Bhima Koregaon-Elgar Parishad case, under which 16 academics, authors, activists, advocates, poets and social workers have been arrested and imprisoned over the last two years, has been used as a central weapon in this process of destruction of democratic rights organizations. Besides being all the above, what is common to most of these sixteen people imprisoned under UAPA is that they have been active and leading members of the major democratic rights organizations in India such as PUDR, CPDR, PUCL, Indian Association of People’s Lawyers (IAPL), Committee for Release of Political Prisoners (CRPP) and Persecuted Prisoners Solidarity Committee (PPSC). Scores of other members of these and other democratic rights organizations have been interrogated, intimidated and harassed by the NIA during the purported investigation of this case. And through a bland statement in the voluminous supplementary charge-sheet submitted to the special NIA court in Mumbai in October 2020, the NIA has labelled nearly all major democratic rights organizations in India including CDRO, CPDR, PUDR, CRPP, PPSC and IAPL as frontal organizations of the CPI (Maoist)! It is breathtaking that an organization such as the NIA, set up barely a decade ago and whose constitutionality under a federal setup has itself been under question, can have the audacity to label organizations that have more than 40 years of history of functioning in India as “frontal organizations”. It is even more saddening that such a branding of organizations which have involved some of the foremost legal and intellectual luminaries of India has barely caused a ripple in the society or the polity of India. It is a matter of fact that such allegations by the NIA will have to be proved in a court of law, but the mere fact that such labelling can be done without raising a hue and cry in the country is a telling sign of the times. It is also a sign of the times, and of the discourse that has been built over the last six years, that the state can even deny the basic agency to such organizations, which have been built over decades by some of the best minds of India, and merely consider them to be fronts of others. It is as if members of such organizations cannot have minds and agencies of their own and would be happy to function as proxies. It is sad that today there is no one in India to point out that in fact BJP is a proclaimed frontal organization of the RSS, a paramilitary organization which has itself been banned a number of times in independent India due to its terroristic activities and which has openly proclaimed its opposition to the Constitution of India.

Today, at the end of 2020, we are therefore in a scenario that major democratic rights organizations in India such as PUDR, CPDR and CDRO are under such threat that their functioning is seriously jeopardized. Organizations such as CRPP, whose focus is the release of political prisoners, or IAPL, which has tried to provide legal aid to victims of state repression or PPSC, which tries to help the thousands of adivasis, dalits and minorities who are suffering imprisonment as a result of state persecution in the conflict zones in India have virtually been decimated with most of their leading activists such as Rona Wilson, Sudha Bharadwaj, Surendra Gadling, Arun Ferreira and Stan Swamy being in jail. Beyond these, nearly every other democratic rights organization functioning in India has also been targeted. Amnesty International, one of the largest international human rights NGOs functioning in 150 countries, was forced to stop its functioning in India as its bank accounts were frozen and its staff harassed due to its opposition to violation of human rights by the government of India. In state after state, this is the current situation. In Kashmir, the residences of Khurram Parvez and Parveena Ahangar, activists of Kashmir’s main CL-DR group Jammu Kashmir Coalition of Civil Society (JKCCS) were raided by NIA in October as the agency accused the democratic rights organization of “carrying out secessionist and separatist activities”. In Andhra Pradesh, 67 members of the democratic rights organizations HRF and APCLC including the state coordinator of HRF, V S Krishna, vice president of HRF, K Jayashree, and general secretary of APCLC, C Chandrasekhar were named in FIRs charging them under UAPA. In Assam, democratic rights activists Akhil Gogoi, and his colleagues Bittu Sonowal and Dhairjya Konwar, belonging to the organization Krishak Mukti Sangram Samiti have been arrested by the NIA and imprisoned under UAPA for their involvement in the anti-CAA protests.

Overall in 2020, in the backdrop of a pandemic ravaging the country, laws have been forced through by the BJP government to rob the livelihoods of labourers in the form of the four labour code acts and of farmers in the form of the three farm acts, and the citizenship rights of a large number of the most marginalized sections of the society through the CAA-NRC-NPR process. While this full scale attack on the rights to life and livelihood of the majority of our population continues, the deliberate destruction of the very organizations which stand in vigil of our rights and liberties is a crucial part of this process. Unless our courts, media, civil society and common citizens wake up to this fact and oppose this, the country will be heading towards a system conforming to the authoritarian-majoritarian worldview of the RSS-BJP. Some may call this system “Hindu Rashtra”, but its real name is Fascism.