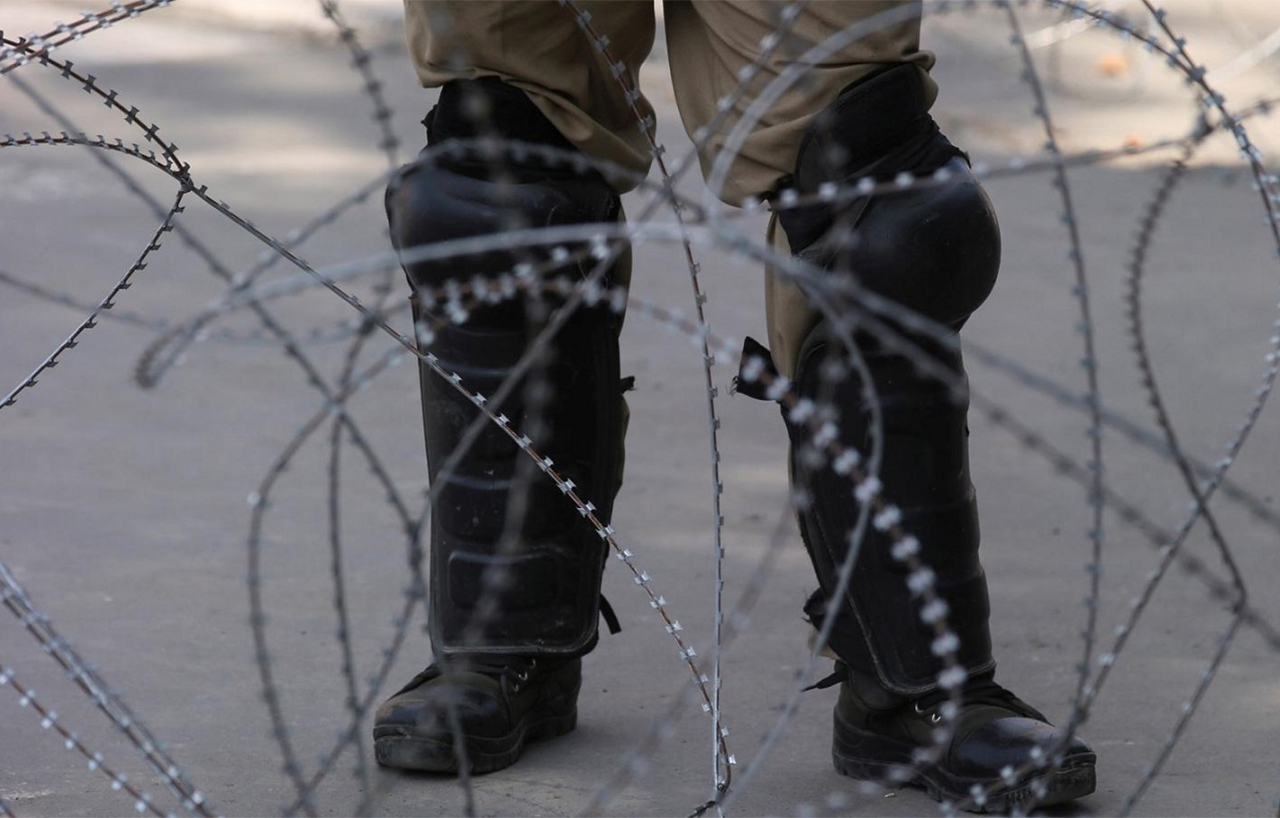 Mirza Waheed’s The Book of Gold Leaves: Redrawing the Maps of Reality

The Book of Gold Leaves is both a gripping history as well as a passionate tale of the human predicament from a place marked by a prolonged violent conflict. It is a novel which unearths love, relationships, suppressed dreams and desires being lost to violence and war. Through its reimagining of the 1990s Kashmir, the novel provides both direct and indirect account of the oppression and violence, the immeasurable pain of dislocation, and the agony and human loss arising out of a situation in which society is fragmented, and home and homeland are lost, writes Jaalib Ahmed Bhat. 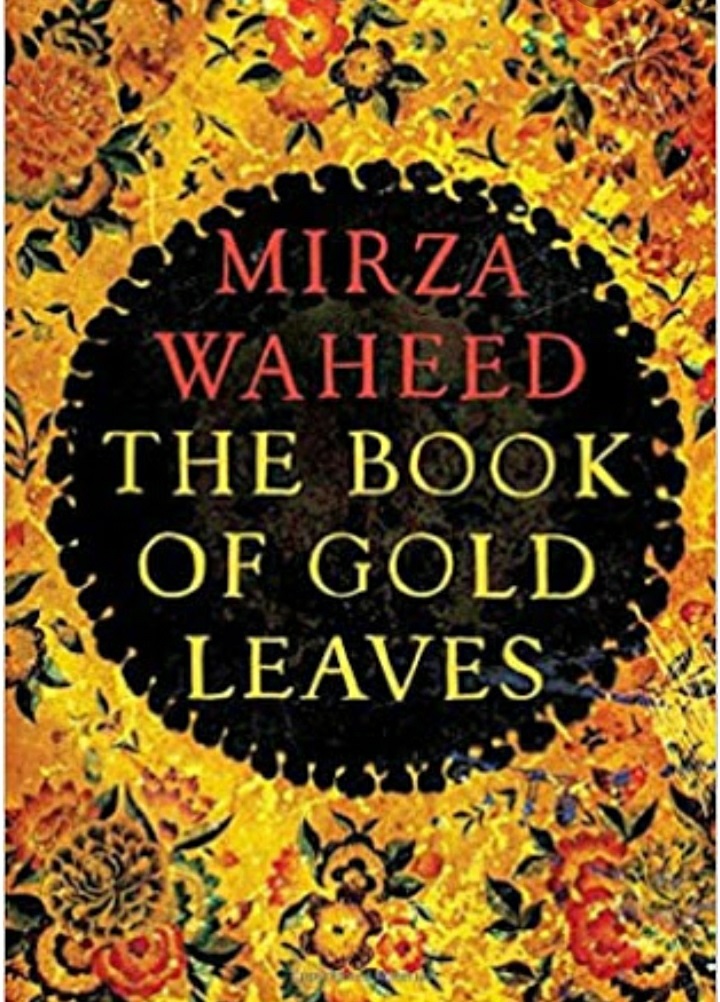 The highly contentious perceptions on the Kashmir conflict have given rise to numerous responses and endeavours of exploration in both the literary and non-literary realms. It is now a widely discussed idea that narration or narratives — whether factual or fictional — do not describe reality in absolute terms only; rather, they attempt to present fresh perceptions and dimensions that offer new trajectories of reality. This is so because history is often viewed as an ongoing cultural process characterized by a constant flux, and literature is considered a reservoir of nuanced reflections on these fluctuations. Georg Lukacs, in his work, The Historical Novel, visualizes the progress of humanity as “a historical process” and asserts that “a true historical novel” is one which comes into its own “by virtue of artistically portraying the rising awareness of man’s location in time … [is] conditioned by social and economic development.” Consequently, he argues that historical novelists do not need “the re-telling of great historical events, but the poetic awakening of the people who figured in those events.”

The writer of a work of literature does not aim at presenting historical facts in the same way that a historian does. Instead, he looks beyond facts to the spirit underlying those facts. This, however, in no way alters either the value of the facts or the reality concerning them. Ralph Waldo Emerson succinctly sums this up by stating that “Fiction reveals the truth that reality obscures.’’ This lends validity to the fact that an event, which might have a mere statistical importance for a historian or a journalist, could reveal many underlying angles of perception when presented in a work of fiction. To put it simply, what the historian finds irrelevant and unwanted, a writer might find fascinating and stimulating enough to transmute into literary creations. This becomes more pertinent and a point of curious analysis in the highly contested sites as Kashmir where authors often find themselves in the face of charged topicality and historicity. They have to often negotiate a world where they have to find a subtle balance between adherence to the artistic “purities” and demands of “commitment.” It is in this light that works of political fiction are of critical importance for both the general readers and critics. One such recent book is The Book of Gold Leaves by Kashmiri author Mirza Waheed. It is his second novel after his much appreciated debut novel The Collaborator.

The Book of Gold Leaves is both a gripping history as well as a passionate tale of the human predicament from a place marked by a prolonged violent conflict. It is a novel which unearths love, relationships, suppressed dreams and desires being lost to violence and war. Through its reimagining of the 1990s Kashmir, the novel provides both direct and indirect account of the oppression and violence, the immeasurable pain of dislocation, and the agony and human loss arising out of a situation in which society is fragmented, and home and homeland are lost. Yet the author doesn’t hesitate to bring out the profound and humane dimensions amidst this violent conflict. This is especially reflected in the words of a Kashmiri Muslim named Zafar Ali who exhorts upon his Pandit neighbouring not to migrate despite all the hostilities and violent siege around: “Dinanath, please don’t leave! This is your home as much as it ours!” It reveals the perspective of common Kashmiris at that time who mostly wished to see the syncretic culture remain intact.

Seen from the perspective of the novel’s main protagonist, Faiz, a Kashmiri Shia boy, who lives in the downtown Srinagar, and is transformed from a passionate artist who wants to create a magnum opus piece of painting and a lover who has devoted his entire life to his beloved Roohi, who is a Sunni, to a militant, only to achieve a tragic end to his dreams and aspirations. He becomes known as Srinagar’s “artist-turned-militant.” The trajectory of Faiz’s life is imbued with tragic overtones that are reflective of the larger complexity of his homeland. Faiz is forced to become a militant and renounce his art work (papier machie) after his godmother, Fatima, along with several innocent school children is killed by the soldiers after militants launch an attack on them. He begins to hate the soldiers which he now regards as “occupiers who are to be thrown out of valley to get back peace and freedom.” He chooses this new chart despite the recognition that it is fraught with perils of losing his love and life. Even after he picks up a gun, Faiz is still preoccupied with the thoughts of art work and Roohi his love. In one of his letters to Roohi afterwards, he tells her: “I am sorry I left you. I did not have a choice…I am dying to see you.” It is really a situation as Faiz reveals that there was not a choice for the Kashmiris. It is so because the severity of those times as indeed now is defined by a sharp disproportion of contestation between the two sides in the conflict—the Indian state and the Kashmiri people. The Indian state, as represented by the Indian Army in the novel, appears as an panoptic structure of authority and power against which the poor Kashmiris, depicted by the natives of Srinagar downtown, find themselves pitted. The lives of these people are besieged under these ruthless circumstances with the soldiers controlling their daily lives. Reminiscent of the intense siege of Srinagar and other parts of Kashmir in the early 1990s in the name of “anti-militancy operations”, in the novel, Major Sumit Kumar unleashes a wave of ruthless measures against the local dissenting populace including the use of horrific tactics of the “enforced disappearance.” The natives of downtown Srinagar now find themselves in a situation in which “the whole city is under a round-the-clock curfew now. All movements proscribed. All meetings banned. All life besieged. A deathly calm has spread everywhere as soldiers circle the area from all the sides. They [soldiers] are near the houses and at the mouths of the lanes, at the waterfronts and on the bridges, on the empty roads and inside their many bunkers, in the school at Bohri Kadal, and at the temple in the water in Namchabal, by the ghats of the Jhelum and outside the gates to the shrine.”

In The Book of Gold Leaves, there is a description of the two contrasting phases of life of the people of downtown Srinagar whose lives are emblematic of the lives of Kashmiris under siege and repression — one which precedes the rise of militancy, and the other following it. Some sense of peace and cultural pluralism did prevail in the preceding phase, but not without some hidden ruptures of its own in the form of class, religious and sectarian divide. In this phase, the minority Pandit community, represented in the novel by Professor Madan Kaul and his daughter Shanta Kaul,  appears as the most literate and privileged community. It is a reflection of the historical fact about the Kashmiri Pandits who invariably occupied top privileged positions in the state, and thus formed the upper class of Kashmiri society for a long period of time. However, with the rise of militancy against the Indian rule, everything alters radically for the Pandits. They lose their everything and are forced to tragically embark on migration to save their lives while leaving behind their homes and identity. As the novel recounts, the mass exodus of Pandits destroyed the Kashmiri social fabric.

And not only this, peace, honour and security of common Kashmiris also came under sharp attack as the conflict raged. People were now living under the perpetual shadow of the gun. They began to witness atrocities as a daily recurrence in their lives. Under such terrible circumstances, Kashmiri people’s lives as represented in the novel by Faiz, Roohi, Madan Koul, Shanta Koul, and others in the novel suddenly began to take drastic unimaginable turns. The sense of loss is especially made palpable through human loss that is defined and depicted in terms of killings, tortures, rapes, injuries, and other forms of physical coercion. As Roohi narrates in one of her letters: “The city is a lightless prison now. No one can stir without the permission of the soldiers. I sometimes imagine we are in a vast coop with thousands of them circling around it, and they hit out at my hand if I try to get some air.”

It is through poignant narrations like these by characters like Roohi that the stories narrated in the novel can be read as powerful human testimonies which describe the horrors of a conflict ridden place like Kashmir. It is in this way that fiction reveals the hidden human truths that Emerson alludes to in his formulation. And by aiming to approximate reality and experience, it re-draws the maps of reality and our perception of it especially when it comes to the marginalized discourses like Kashmir. The Book of Gold Leaves by Mirza Waheed certainly appears as an honest literary endeavour in that regard.