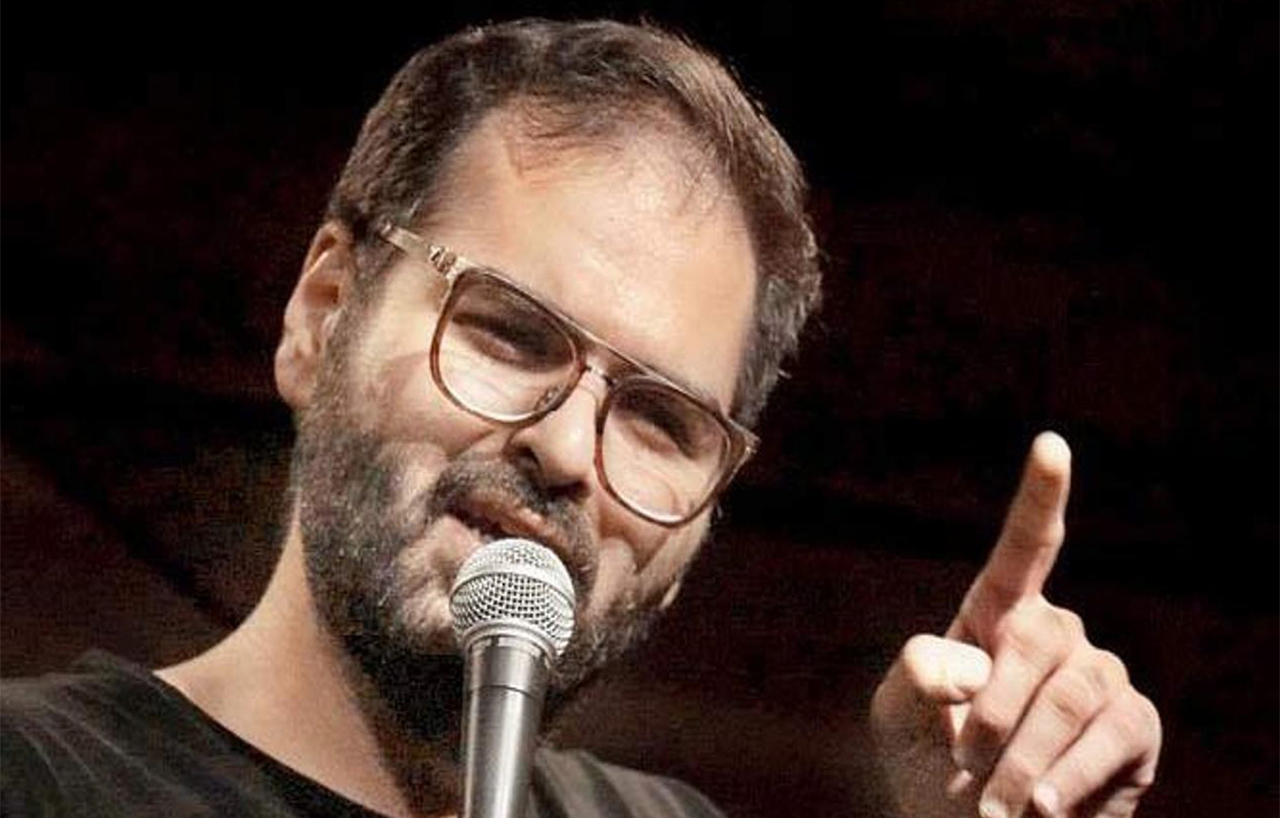 “I don’t intend to retract my tweets or apologise for them”: Kunal Kamra

Stand-up comedian Kunal Kamra refuses to apologise or retract his tweets criticising the Supreme Court and its judges during and after the hearing of bail petition of Arnab Goswami in a suicide abetment case.  The highest court has granted bail to Arnab, citing his personal liberty. The Attorney General on Thursday gave his consent to initiate contempt of court proceedings against Kunal.

Attorney General of India K. K. Venugopal, on Thursday gave his consent to initiate contempt of court proceedings against stand-up comedian Kunal Karma in the Supreme Court for his series of tweets criticising the Supreme Court’s ruling of the bail petition of Arnab Goswami in a suicide abetment case dating back to 2018. The AG Venugopal in a letter to one of the applicants who sought his permission to start contempt proceedings against Kunal, wrote “The tweets which I am extracting below are not only in bad taste but clearly cross the line between humour and contempt of the court”. The top law officer said Kamra’s tweets were “highly objectionable” and it “constitutes criminal contempt of court” and he therefore, granted consent to proceed by way of initiating contempt proceedings against Kunal Kamra.

On Wednesday the Supreme Court ordered the release of Republic TV editor-in-chief Arnab Goswami and two others citing personal liberty of an individual. The SC bench hearing the bail petition said, “We are dealing with a person’s liberty. Across the country, if this court is not to interfere today, we are treading on a path of destruction of liberty….you may dislike a person’s ideology and challenge it but if this is what our States will do to nail persons, we have to put across this message to all high courts to preserve the liberty of citizens.”

Several lawyers, activists raised the question why the same benchmark isn’t being applied by SC to other cases. Kunal Karma was among those persons who had criticised the SC decision and he had posted a series of tweets ridiculing the SC judgement. Reacting to AG Venugopal’s consent to start contempt proceedings against him, Kunal Karma again tweeted No Lawyers, No apology, No Fine, No Waste of Space. 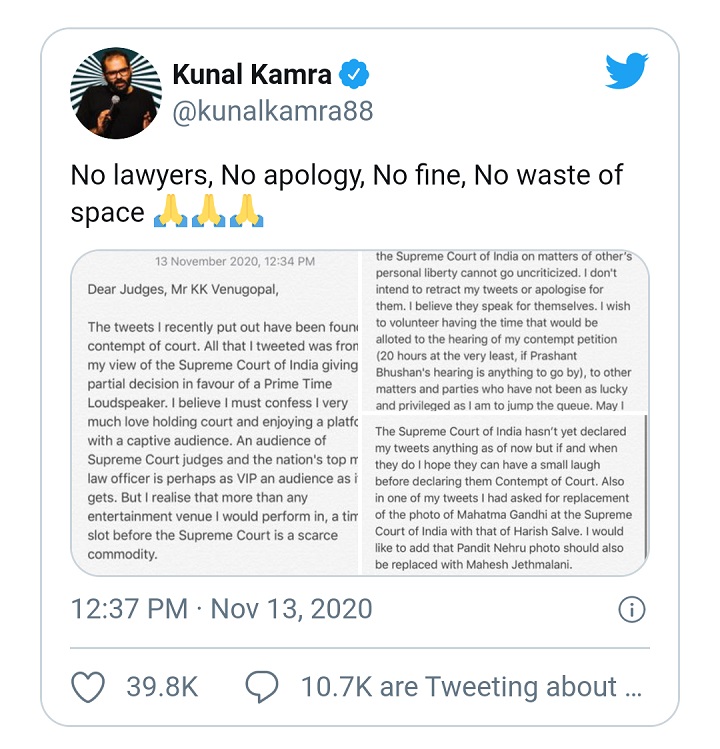 Kunal said that his tweets were from his view of the Supreme Court giving a partial decision in favour of a prime time loudspeaker. He said, “My view hasn’t changed because the silence of the Supreme Court of India on matters of other’s personal liberty cannot go criticised. I don’t intend to retract my tweets or apologize for them. I believe they speak for themselves”.

The tweets I recently put out have been found in contempt of court. All that I tweeted was from my view of the Supreme Court Of India giving a partial decision in favour of a prime time loudspeaker. I believe I must confess I very much love holding court and enjoying a platform with a captive audience. An audience of Supreme Court judges and the nation’s top most law officer is perhaps as VIP an audience as it gets. But I realise that more than any entertainment venue I would perform in, a time slot before the Supreme Court is a scarce commodity.

My view hasn’t changed because the silence of the Supreme Court of India on matters of other’s personal liberty cannot go uncriticised. I don’t intend to retract my tweets or apologise for them. I believe they speak for themselves. I wish to volunteer having the time that would be allotted to the hearing of my contempt petition (20 hours at the very least, if Prashant Bhushan’s hearing is anything to go by), to other matters and parties who have not been as lucky and privileged as I am to jump the queue. May I suggest the demonetisation petition, the petition challenging the revocation of Jammu and Kashmir’s special status, the matter Of the legality of electoral bonds or countless other matters that are more deserving of time and attention. To slightly misquote Senior Advocate Harish Salve: ‘Will the heavens fall if more salient matters are allotted my time?’

The Supreme Court of India hasn’t yet declared my tweets anything as of now but if and when they do I hope they can have a small laugh before declaring them Contempt of Court. Also in one of my tweets I had asked for replacement of the photo of Mahatma Gandhi at the Supreme Court of India with that of Harish Salve. I would like to add that Pandit Nehru photo should also be replaced with Mahesh Jethmalani.”