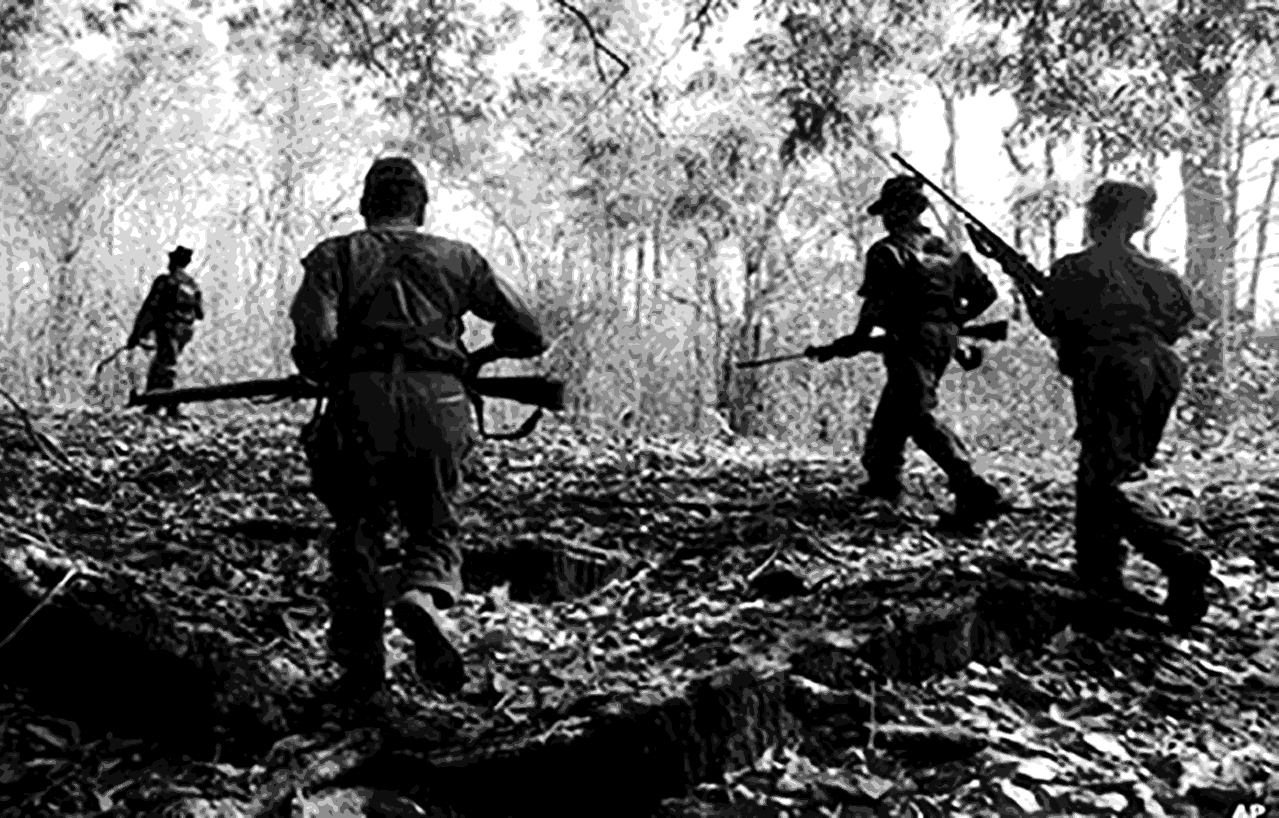 Gunning down of alleged Maoists and their Adivasi sympathisers, irrespective of age and gender, in fake encounters, has become a routine job for the security forces in India – be it the massacres in Gadchiroli Sukuma, Malkangiri, Bhalwahi, Nilambur or many other in the forests of Andhra, Telengana,  Jharkhand and Chhattisgarh. Yesterday, yet another encounter killing took place in Vayanadu district of Kerala, in which a 32 years old Maoist cadre was killed in a gun-battle, as has been claimed by the police.

This is the fourth incident of encounter killing and eighth such execution of Maoists by the Kerala police in the last 4 years of CPI(M) led left rule. The Kerala government has also imposed draconian UAPA Act against persons arrested on suspicion of being Maoist.

A press release by CPDR (Committee for Protection of Democratic Rights Tamilnadu) condemning the extra-judicial killing of alleged Maoists by Kerala police.

CPDR-TN condemns in no uncertain terms the encounter killing of Maoist at Banasura forest area, Vayanadu district, in Kerala. One person, named Velmurugan has succumbed to bullet injuries.

As per the police version in print news media , the encounter took place at around 9.15 am yesterday. (The Hindu, 4/11/20). Constraints have been imposed on the media by denying them access to the encounter site. No journalists have been allowed inside 3.5 KM radius of the incident and this clearly exposes the govt’s intention to cover up the truth behind the incident.

Mainstream news media have reported that 8 platoons of the police force were involved in the operation. Number of police involved is reported to be far higher than the Maoists and equipped with sophisticated arms just to pin the Maoists down in their location.

However this implies that the force utilised was excessive. With a larger platoon and weaponry, the police could have arrested them without executing them. The encounter killing as always is simply an extra judicial killing by the executive, dawning the role of judiciary unto itself.

This is the fourth incident of encounter killing and eighth execution of Maoists by the Kerala police in the last 4 years of left rule. All except one deceased hailed from Tamilnadu. In an earlier instance of encounter killing, the govt had employed a similar ploy to deny access to the encounter side to a visiting fact finding team within 1 KM radius, and it had also stopped the news personnel from visiting the area . However it still could not cover up the truth (that the encounter was fake) as the ballistic report of the bullets submitted exposed the police version and the court reprimanded the police on that count. At that time also the government. did not submit the copy of videograph of the postmortem to the family of the deceased, and has denied choice of doctor’s as per the victim’s kith & kin to be present along with the government doctor during the postmortem. This is a basic right of the family as per a Supreme court judgement.

Gagging the press from bringing out the details of the incident and restraints imposed on them exposes the govt’s intention to cover up the truth behind the incident.

It is clear that the govt. has more to hide on these encounters. In the killing of Maoists govt and law enforcing agencies violate basic legal provisions and the killing is clearly an extra judicial murder.

CPDR-TN condemns extra judicial murder by the police force in the name of encounter.