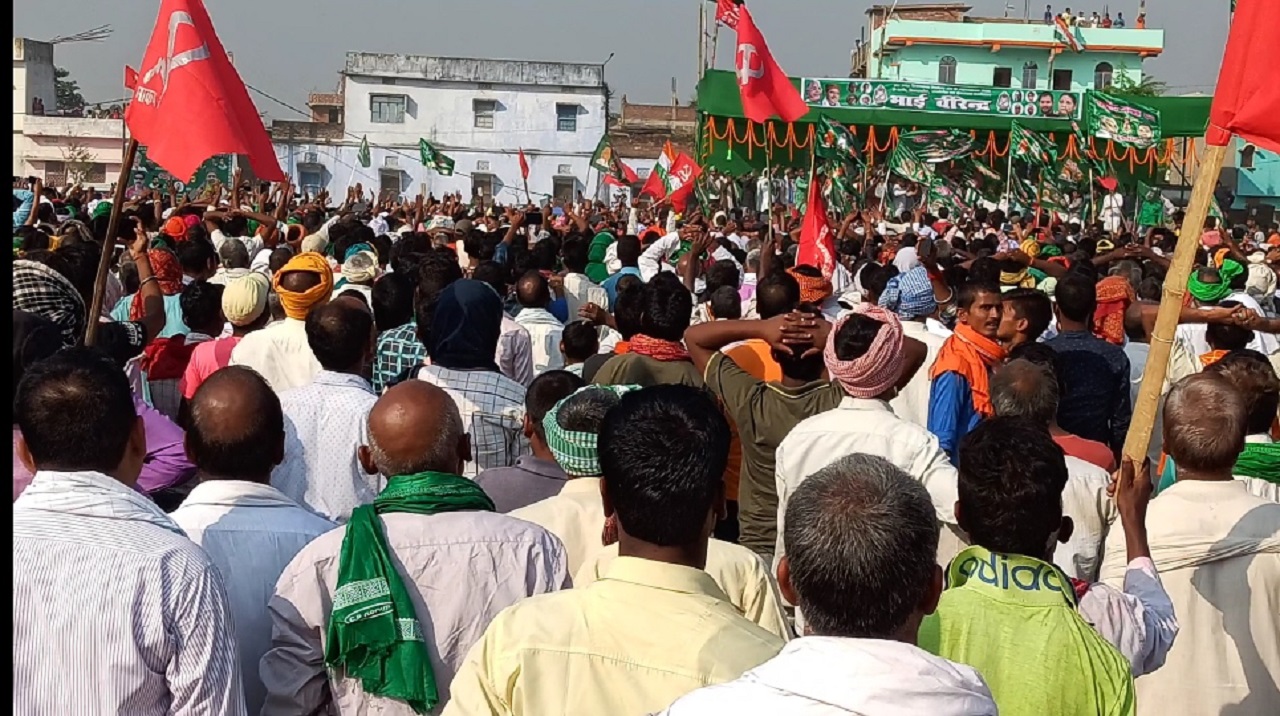 ‘Development didn’t reach us due to our caste’: A Report from Bihar

‘GroundXero’ visited various constituencies which are going to poll on November 3, in the second phase of assembly elections in Bihar. Different localities, mohallas, and communities have different expectations from the political parties. They expect the political parties will raise their issues and concerns. Sometimes their grievances are heard, while most of the time, representatives don’t pay attention to their genuine demands.

This locality is situated south-east of the Adalatganj pond, the beautification of this pond is going on under the ‘smart city’ project. There are very narrow lanes that lead to the very dirty and dingy settlement of Kamla Nehru Nagar. This slum is one of the oldest in the city. The slum is located in front of the offices of different political parties.

A huge number of men, women and children are living here, crammed in a small space. Heaps of garbage are piled everywhere. The entire area is in a mess. Amidst this mess, locals were selling fruits, and flies could be seen buzzing around. Near a clumsy temple some women were sitting. On being asked what they expect from the upcoming elections, the women started to express their grievances. A young lady said in a raised tone “Our roads are rough, water logging is a perennial problem in the rainy season, due to which mud and filth always persist here, and which is the source of different kinds of diseases. Even our temples are in bad and broken condition. Even temples get submerged during the rainy season. Leaders of various political parties come. They promise that I will do this, do that. But nothing improves.” 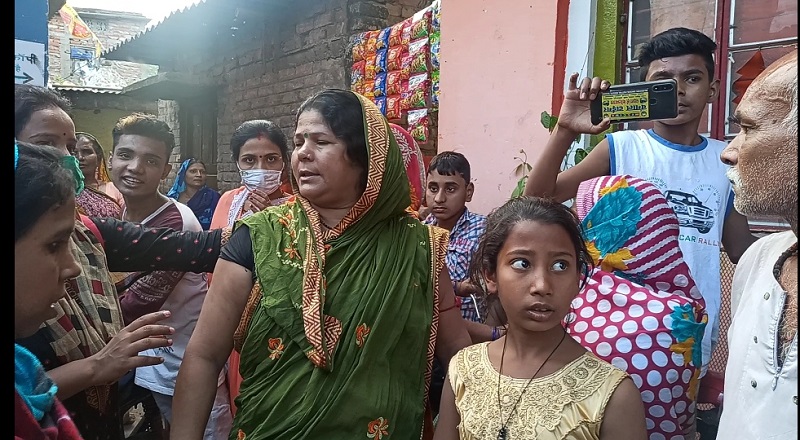 An old woman narrated her woes during the lockdown “We didn’t get any ration from the government while other localities were able to get it.” She further added “Electricity to this slum-colony has been cut off due to non-payment of electricity bills. Electricity bills are very high, around thousands of rupees. How can we afford that much when we are struggling to meet our both ends? Government should write off our electricity bill in this election. The power of the entire colony is cut off. Unless we borrow money from moneylenders, how can we deposit bills? We  don’t need this new electricity meter, we demand old meters which used to give fewer bills. The new meter is fake.”

Do garbage lifter vehicles of Patna Municipal Corporation come here? Another lady in her twenties commented: “Sometimes the vehicle comes and lifts garbage but they hardly use brooms to sweep the lanes. Lockdown made our lives more miserable. We are basically local vendors who sell things in the streets but during the lockdown nobody was prepared to buy anything from us. When we fall ill we go to government hospitals. The doctors there prescribe medicines which need to be bought from outside and we do not possess so much money that we can buy medicines from private shops.”

Why don’t you raise these issues before your elected representatives? A middle aged person responds “During election time they make a lot of empty promises like we will give you loans, get your other problems solved but once elected they forget everything. No one even comes.”

But the JD(U)-BJP government is boasting that they have taken care of the poor during the pandemic? A young boy said in an agitated tone “They are playing false. They have defrauded us. They get our votes by promising so much but nothing happens.”

An old widowed lady complained: “From the last nine to ten months I am not getting my four hundred rupee under ‘Vidhva Pension Yojana’(Widow pension scheme). Only those women got ration during the lockdown whose husbands are already earning something. The widows were abandoned by everyone.”

A social worker, Nandini associated with ‘Lok Parishad’ — an NGO, said “See the pet programme of Nitish Kumar ‘Har Ghar Nal Yojna’ (water connection to every home) was started here just before the elections. Drains are very dirty in this colony. Municipality people come here but nothing changes. Water in this colony has very high iron content and I have seen with my own eyes how the condition of the feet of the people, particularly elder one, have deteriorated and even rotten.”

Social activist Rupesh, whose NGO works here, said “Kamla Nehru Vihar is a very old slum colony. Now the government’s plan is to demolish this colony and erect a market complex in place of the slum. After 1992 there was no town planning in this area. The talk of ‘Smart City’ is just a sham.”

Behind the slum is the state CPI office, Janshakti Bhawan. Here, leader of Patna Municipal Corporation (PMC) employee association, affiliated to AITUC, Mangal Paswan blamed the outsourcing policies of PMC for the entire mess. He said “The cleaning work of Patna city is dependent upon the sanitation workers. The PMC has outsourced the whole sanitation works to private companies. Contract system has been introduced due to which the entire sanitation works got badly affected. The social security of sanitation workers has been done away. Contract workers are getting a very less salary amount than the permanent one. The municipal employees have struggled a lot to prevent outsourcing.” Jitendra Kumar, another CPI leader of the employees association commented: “Permanent employees were called Kalkatiya Gang (Kolkata Gang). Ever since the outsourcing of sanitation work has been done, Kalkatiya Gang has slowly disappeared and the situation has deteriorated.”

Rajkumar Shahi, a school teacher, commented “BJP always ruled this city but they concentrated on building bridges, broadening of roads, they never paid attention to sanitation works and it led to neglect of this city’s cleanliness.”

This time Congress is fighting the Bankipur assembly segment. Film actor Shatrughan Dinah’s son Luv Sinha is pitted against four time MLA Nitin Naveen. Nitin Naveen’s father also represented this assembly segment several times. The anger against BJP MLAs and MPs is palpable here. But will it translate into votes or not only time will tell.

Maner is situated on the bank of Ganga, 30 km west of Patna. Just 6-7 km west of Maner is Haldi-Chhpara. The place lies at the confluence of three rivers (Triveni in local language) — Ganga, Sone and Saryu. Haldi-Chhapra is also a famous cremation ghat. People from far off places come here for cremation of dead bodies. The road from Maner to Haldi-Chhapra is in a very dilapidated condition.

Sand mining is one of the prominent business activities in Maner. All along the stretch of Ganga and Sone river, sand mining is a major source of livelihood of the population here. Maner is also famous for the 16the century tomb of sufi saint Yahia Khan Maneri (Maner derives its name from this sufi saint) and Makhduoom Shah Daulat. Maner is also famous for its ‘Motichur Laddus’ (Sweets).

Maner is considered to be a stronghold of RJD. Yadavs are the dominating caste here. 18 out 22 candidates in the fray belong to Yadav caste. A big crowd has been gathered at Gandhi Maidan of Maner. RJD activists wearing green caps and turbans were visible on the road from Danapur to Maner. Enthusiasm and energy and popular support can be felt in the crowd, waiting for Tejaswi Yadav.

‘Groundxero’ talked to these waiting people. What are the pressing issues of Maner? This question was asked to a group of people. A middle aged man said: “There is nothing in Maner. No factory, nor any establishment that can generate employment. Our chief minister never visited Maner because he thinks that these people always voted for Lalu Prasad and his party, therefore this area has been deliberately neglected by him.”

Another man quipped: “If you go to Bihta, another block just 10 km from here, you will notice a lot of development there. IIT has been established there, NIELET factory, SDRF, NDRF and various other government institutions, all are there. But Maner got nothing.”

Adding caste angle to this lack of development, an elderly man, clad in Kurta-Pyjama, said “The main source of livelihood here is sand mining but Nitish Kumar has stopped the sand trade under the pretext of environmental issues. Nitish Kumar ruined people’s livelihood as a political vendetta. He conspired to break the economic backbone of the people belonging to the Yadav caste. Bihta is developed because upper caste people live there while in Maner majority of people are OBCs.” 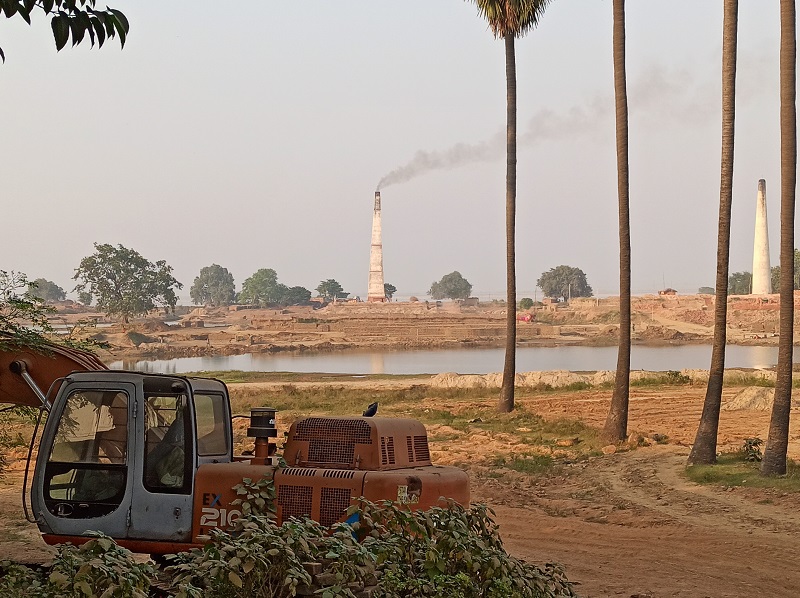 One of the 22 candidates in the fray, one candidate named Janmejai Kumar, is fighting election not from any political party but as an Independent candidate. Why are you fighting as a student activist rather than a political worker? Janmejai, a young man in his twenties, said “All the political parties have sidelined the student and youth issues, therefore I am here to raise the demands of the student community.”

Recently Janmejai’s organisation AISF had launched a protest movement against a military camp of Danapur cantonment. The Indian army camp has closed the daily commuting route of 22 villages, because of which the villagers have to travel long distances now. Janmejai further remarked sarcastically, “During the movement against closure of roads, I felt that no political party came forward to support us because of fear of Indian Army being involved in the matter. Even MLAs and MPs did not dare to raise the legitimate demands of the people of twenty two villages. We complained to administrative officials but despite agreeing with our legitimate demands, no one was able to do anything.” “It does not matter whether I win or not, I am here to raise those demands, no other political party is prepared to listen to us.” Janmejai said in a slightly disappointed tone. 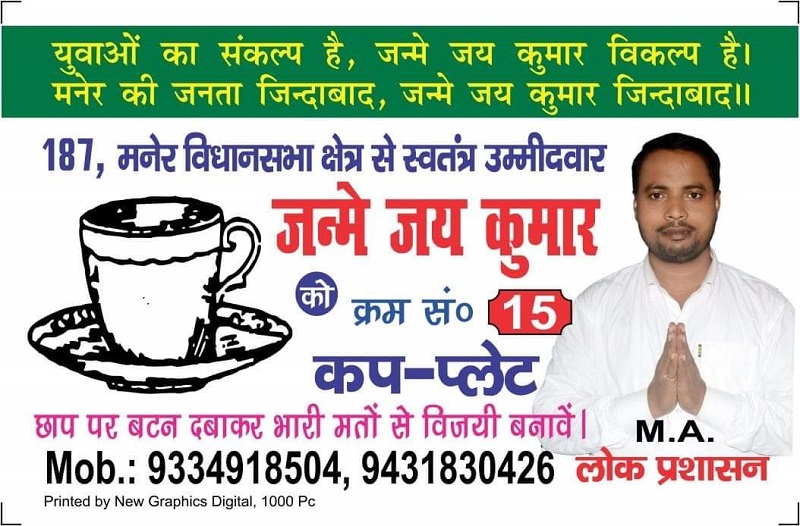 Patna city has been represented by the BJP for the last three decades. No other party has been able to make a dent in this BJP stronghold. People of Patna have always reposed their faith in the BJP. Will it change this time? To know that we will have to wait till 10th November.