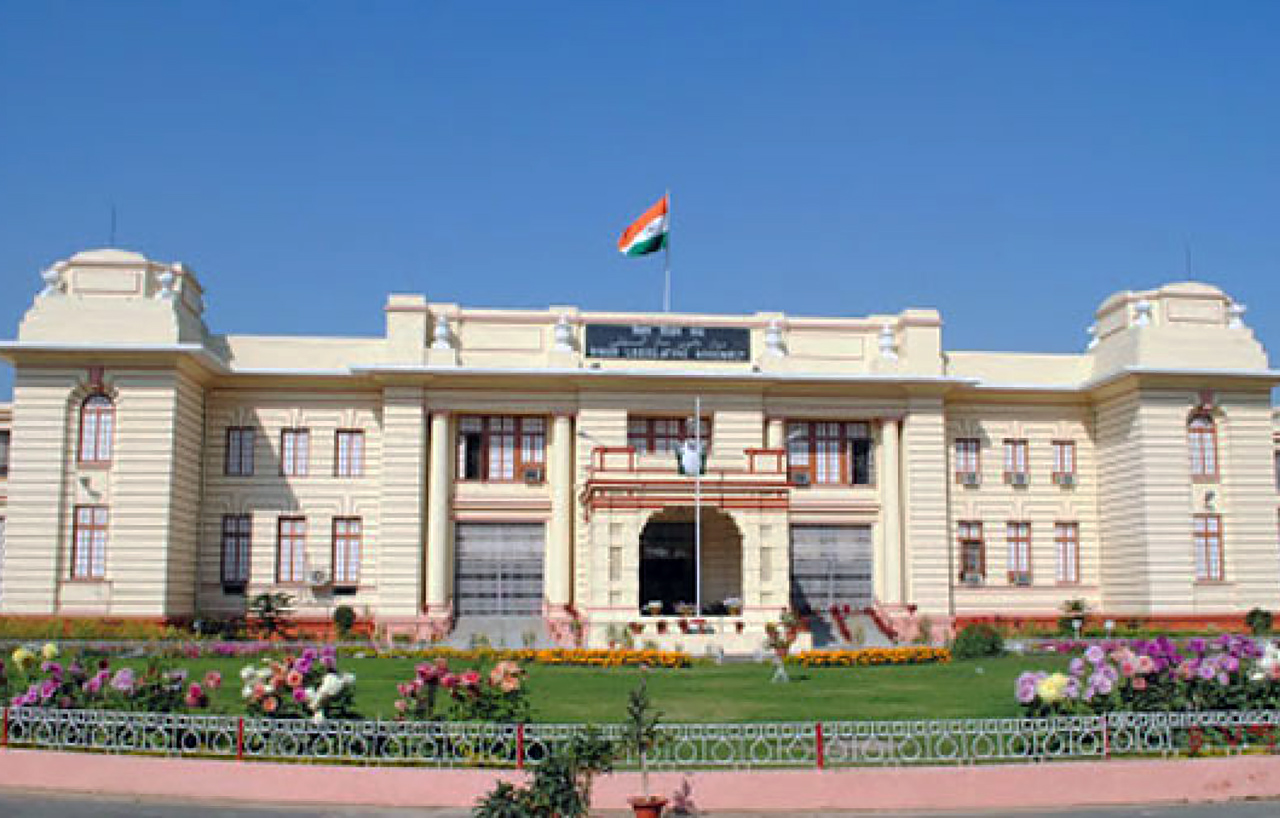 Changing Dalit politics in the electoral landscape of Bihar

In the 2020 Bihar elections, how Nitish Kumar’s JD (U) confronts the LJP’s challenge is being keenly watched by poll analysts. One question now everyone is asking is, will Chirag Paswan play the same role after the election which his father played during the 2005 assembly election? Ramvilas Paswan’s role in 2005 was instrumental in the transition of Bihar from 15 year Lalu rule to Nitish’s next 15 year period. Will 2020 be the year for Nitish Kumar what 2005 was for Lalu Prasad, writes Anish Ankur from Patna.

The political experiment BJP is playing in Bihar 2020 assembly election, has drawn attention of poll watchers across the country. In a politically conscious state of Bihar, it seems BJP’s subtle game plan stands exposed, therefore it has plunged into a damage control mode whereby it has to expel its members who are fighting election on Lok Janshakti Party (LJP) ticket. BJP leadership in Bihar have been compelled to announce that LJP is no longer a part of NDA. BJP has warned the LJP candidates not to use the name and photograph of Prime Minister Narendra Modi in the election campaign. Although behind the LJP move, hidden hands of BJP can be clearly seen, however, apparently the party is trying to keep distance from the LJP. The hollowness of BJP superficial warning can be understood from Chirag Paswan’s comment that “It does not matter if Narendra Modi figure on LJP election campaign or not he is in our heart.” But all these exercises seem to be just an eyewash because in reality it is going to severely damage Nitish Kumar electoral prospects. LJP being promoted by BJP is only one aspect of the souring JD (U)-LJP relationship. There are some other serious differences between LJP and Nitish Kumar JD (U) which can’t be overlooked.

Animosity between Nitish Kumar and Paswans (Late Ramvilas Paswan and now his son Chirag Paswan) goes 15 years back, when in 2005, LJP was broken and majority of legislators elected on LJP ticket defected and played an important role in the formation of Nitish Kumar led NDA government. Subsequently Nitish Kumar policy towards Dalits and introduction of a new category of ‘Mahadalits’ in which Paswans were excluded, also exacerbated the relationship between the two.

In the 2020 Bihar elections, how Nitish Kumar’s JD (U), confronts the LJP’s challenge is being keenly watched by poll analysts. One question now everyone is asking is will Chirag Paswan play the same role after the election, which his father played during the 2005 assembly election? Ramvilas Paswan’s role in 2005 was instrumental in the transition of Bihar from 15 year Lalu rule to Nitish’s next 15 year period. Will 2020 be the year for Nitish Kumar what 2005 was for Lalu Prasad?

After the 2000 assembly election Nitish Kumar, although not the chief ministerial face of NDA, was installed as the Chief Minister at the intervention of Prime Minister Atal Bihari Vajpayee and Lal Krishna Advani. Nitish Kumar was made Chief Minister to arrange the support of MLAs in a hung assembly. But this move didn’t succeed and the Nitish Kumar government lasted for just seven days. At last Lalu Prasad was able to form a government. At this juncture Ramvilas Paswan formed his own party — Lok Janshakti Party (LJP). Ramvilas Paswan already had its own outfit ‘Dalit Sena’ from 1981 itself. Gradually LJP became the refuge of disgruntled leaders of different political parties. Criminals, mafia dons, neo-rich’s from upper castes with political ambitions entered the party in a big way.

In the February 2005 assembly election, though both Ramvilas and Lalu were ministers in the UPA government in Delhi, in Bihar LJP decided to field candidates against the RJD but not against the Congress. LJP won 29 seats, the highest ever in Bihar, while RJD got 75 seats, 47 seats short of the majority mark. JD (U) won 55 seats while BJP tally was 37. 122 marks for the government formation could not have been reached without the support of LJP legislators. But Ramvilas Paswan was averse to joining the NDA. Ramvilas Paswan’s aversion towards BJP can be traced back to his coming out of the NDA government after the 2002 Gujarat riots. JD (U) managers wooed LJP MLAs and 22 out of 29 legislators broke away from the LJP and helped Nitish Kumar in forming the government. But Lalu Prasad was Central Minister with a Railway portfolio in the UPA-1 government led by Prime Minister Manmohan Singh. Using his political clout Lalu Prasad made the UPA to impose President Rule in the state and Buta Singh became the Governor of Bihar. In October 2005 assembly elections were held again. Nitish Kumar led NDA to a comfortable majority. LJP was reduced to only 10 seats, 19 short from its tally in February 2005. Paswan’s dream of playing the kingmaker was shattered. This was the first instance of open hostility between Nitish Kumar and Ramvilas Paswan.

Dalits leaders of Bihar like Ramvilas Paswan and Jitanram Manjhi have never worked for the emancipatory project of Dalits. Their main purpose has always been to bargain from the mainstream parties, either in office or in the opposition, seats in a pre-poll alliance and share of power in the government. In return, they transfer their caste or community votes to the mainstream parties. As Badri Narayan, professor of Govind Ballabh Pant Social Science Institute, Allahabad opined “These leaders have also failed to disseminate democratic ideals within their communities and behave like feudal leaders, almost copies of leaders of dominant communities and parties. Their failure in creating emancipator conditions for marginal communities has led to fragmentation of Dalit votes, which in turn has weakened Dalit assertion in Bihar.”

Another feature of Dalit politics in Bihar is that only the numerically stronger groups among the 22 Dalit castes have become influencers in politics. They alone managed to get representation in government. Only Paswan, Chamar, Dhobi, Mushar and Pasi communities are visible in power politics. The Paswans account for 5.6% of the total population of the state and make up 37% of the Dalit population. Chamars are around 6-7% of the state population and form 39% of the total Dalit population. Rest of the Mahadalit castes (20 caste) together are around 4-5 % of the state population and are 24% of the Dalits. Dalits comprise 16% of the population of Bihar. Among Mahadalits, Mushars are the largest politically-mobilised caste. Other Mahadalit castes are numerically small and yet to find visibility in electoral politics. 38 seats are reserved for Dalits in the 243 member Assembly. They have played an important role in the political journeys of both Bihar chief Minister Nitish Kumar and Lalu Prasad.

Death of Union Minister and Dalit leader Ramvilas Paswan has raised a lot of questions regarding his legacy and changing face of Dalit politics in Bihar. Lalu Prasad, Nitish Kumar and Ramvilas Paswan were the three prominent faces of identity politics in Bihar. Ramvilas Paswan was the only Dalit leader among the three. After Jagjivan Ram, Ramvilas Paswan can be termed as the biggest Dalit face in Bihar politics. The politics of Lalu Prasad, Nitish Kumar and Ramvilas Paswan centred around challenging the hegemony of the upper castes. But in the 2020 assembly election Ramvilas Paswan’s son Chirag Paswan is openly siding with a party considered to be a social base of upper castes. A party with Dalit base is supporting an upper caste party BJP instead of Nitish Kumar’s JD (U) with a OBC and EBC social base. How this turnaround came into being and how will it affect the Bihar electoral scenario is a very complex question, but everyone is speculating. Now LJP is refraining from taking a firm stand when atrocities on Dalits by upper caste takes place, for instance, the entire country is outraged by the Hathras incident in UP, where a Dalit girl have been brutally raped and murdered allegedly by four upper caste men, but nobody heard a single word from Chirag. In the same way LJP never took a stand against atrocities committed against Dalits in Bihar because it may be uncomfortable for BJP.

In the 2015 assembly election also, Ram Vilas Paswan party fought with BJP when Nitish Kumar, along with Lalu Prasad and Congress had come together to form the Grand Alliance (Mahagathbandhan). The 2015 elections in Bihar were held in five phases and 58 percent turnout was recorded then. BJP had contested 157 assembly seats in 2015 and won 53, with a vote share of 24.42 %. JD (U), which was not part of NDA during 2015 assembly polls, had won 71 of the 101 seats it contested, with a vote share of 16.83 %. In 2015, LJP was in alliance with BJP. It contested 42 seats, but could win only two and secured 4.83 percent votes.

In the 2020 assembly election LJP’s antagonistic attitude towards JD (U) and friendly behaviour for BJP have surprised many. If we ponder over the LJP electoral alliance, it seems, LJP is the natural ally of BJP. LJP trajectory in Bihar has always been centred round money and upper caste leaders. At present Chirag Paswan owns about six companies. Ramvilas Paswan’s name was associated with the notorious microfinance company JVG. JVG earned a bad name after it fleeced money from hundreds of poor families, who had deposited their savings in the company. Ramvilas Paswan courtship with money and upper caste people made him the natural ally of BJP. In the neoliberal capitalist phase, a Dalit party have been co-opted by the ruling class in such an extent that the party is not able to voice the concern of its own mass base. According to senior journalist, Hemant Kumar (who tracked Ram Vilas Paswan’s politics from the last three decades) “After 1991, in the neo-liberal era and particularly in the last decade with the emergence of neo-rich class, upper caste social-political weight in the rural area of Bihar increased manifold. And it led to social oppression of marginalised Dalit castes in rural areas. The increasing hold of microfinance companies in village economy has made these Dalit castes life miserable. When a party like LJP compromises with capital and caste (upper) then how can they stand up against their party BJP. The politics LJP followed led it to become the natural partner of BJP.”

A shrewd politician Nitish Kumar, must have anticipated the political move of Chirag Paswan, hence it has taken some political measures accordingly to counter this challenge. The decision to bring back former chief minister Jitan Ram Manjhi to its fold was the first signal of change in the script. Upgrading the security of Manjhi to Z plus category made it clear that JD (U) is focusing on grabbing the lion’s share of about 16 percent Dalit vote. Moreover, the decision of the Bihar government to provide employment to one member of a family, if any Dalit person is murdered in Bihar, was another major step, that was taken, to placate Dalits. Elevation of former minister and Bihar Congress chief Ashok Chaudhry to JD (U) state president is another move to counter Chirag Paswan rebellion against Nitish Kumar.

Lok Janshakti Party (LJP) has fielded candidates on 42 seats. These seats are among the 71 constituencies going to polls in the first phase on October 28. These 42 seats are where the JD (U) is fighting as NDA candidates. During the first phase of election it will be clear that by which side the political wind is blowing but one thing is clear it is certainly going to dent Nitish Kumar’s poll prospects. As, senior journalist of Bihar, Nalin Verma, put it “It’s not clear how many seats the LJP will actually win with this strategy, but what is known is that the sympathy factor might consolidate the party’s core voter base and cause severe damage to JD (U) candidates in the rural north, south and central Bihar constituencies, where Paswans have a sizeable presence.”