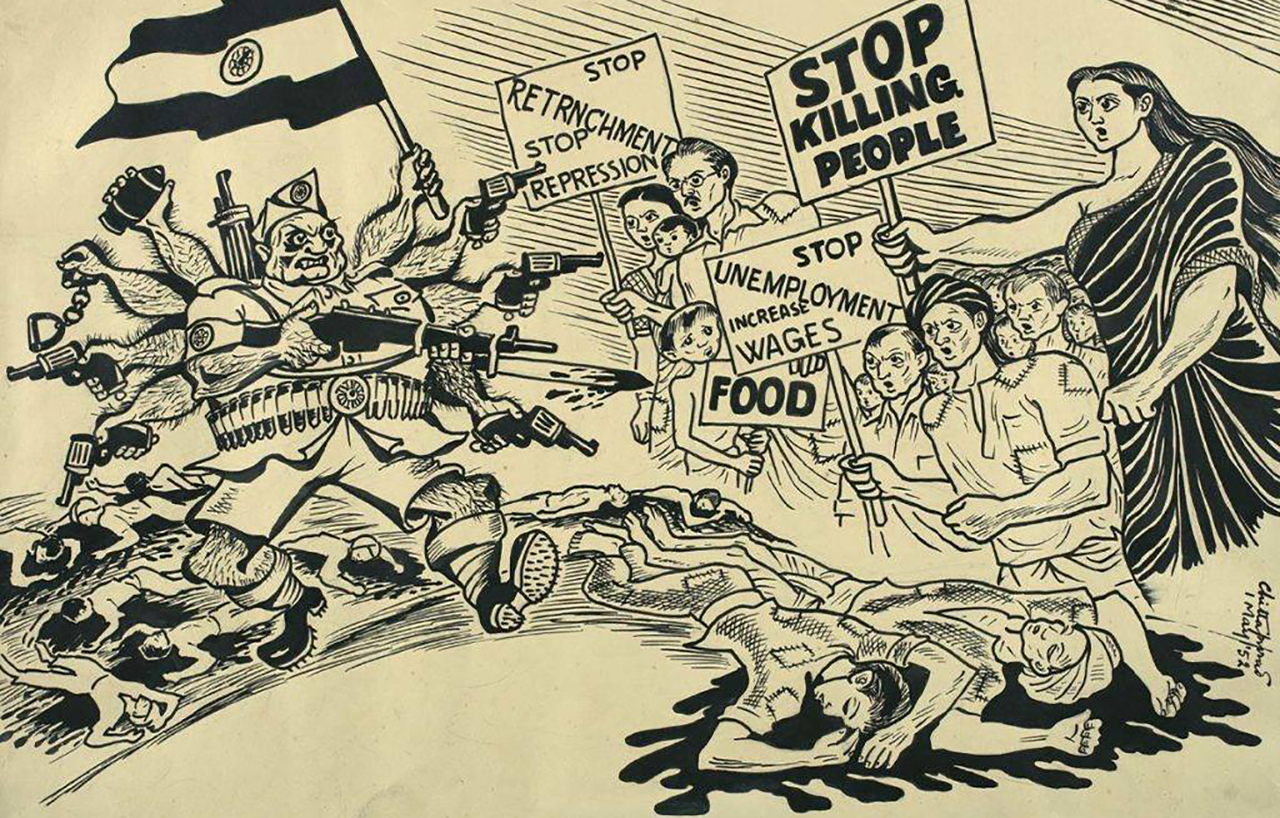 The Majoritarianism in the Passage of Labour Bills

S.Sampath, a trade unionist from Tamil Nadu criticized the manner in which the anti-workers labour codes were passed in the parliament.

Reminiscent of the epic challenge posed by the self-proclaimed Avatar of Music, Panapathrar of Shiva Purana, in the Pandia King’s royal court, that he would never be matched with any singer on the land, Central Government has thrown out a challenge to the entire opposition to prevent them from rushing through as many Bills as possible even during odd hours of the House.

One of the major Acts that faced the “Axe” is the Labour laws, enacted by the blood and flesh of the working class, subduing the Colonial rulers. The three codes on — social security, industrial relations and occupational safety – already cleared by both the houses, will now offer industries ease of doing business, hiring and firing workers, make industrial strikes difficult while promoting fixed term employment, reduce influence of trade unions and jeopardise social security net for informal sector workers. The security of job, healthy working condition and above all restrictions on employers to act against the workers interest in payment of wages, initiating disciplinary actions including termination from service, were the basic rights won over by the workers.

But, as rightly cautioned by the Father of the Nation, Mahatma Gandhi, that the “people of India should equally be vigilant of native rulers in independent India from encroaching on your rights”. His apprehension was that the person who ascends to power may get arrogant and would not hesitate to deprive even our basic right to livelihood.

As foreseen by Gandhi, the native rulers, who managed to seize the  power in the Centre, have begun dismantling all the 40 plus labour laws, leaving a  residuary of 4 labour codes, plucking out all safety clauses that somewhat protected the working class for the past 80 years both in negotiations and courts of law.

In a world of globalised neo-liberal economic order, the multinationals and the corporates have least concern for the basic rights of the working people of the nations. The labour code Bill passed by the Centre,

Even the Bharatiya Mazdoor Sangh, a central trade union affiliated to Rashtriya Swayamsevak Sangh (RSS) said that the Industrial Relation Code is tilted too much in favour of the employers and would adversely affect industrial peace. Its general secretary Virjesh Upadhyay pointed out several anomalies including excessive hiring and firing provisions, the power to bureaucrats to change provisions during rule making, and how the new codes have ignored important recommendations of the standing committee on labour.

Comrade A.K. Padmanabhan, vice chairman of the Centre for Indian Trade Union was right in saying that from now on, workers will fight it out in the streets and at the workspaces, indicating the imminent industrial discomfort that shall take place due to the laws’ clear tilt towards the employers.

Reacting to this dictatorial act, ignoring all the opposition from elected representatives, the State Treasurer of Labour Progressive Front and Vice-president of South Asia of World Transport Workers Organisation, Thiru K. Natajan, came out openly with a call to rebel against this draconian labour Bill and to put an end to this authoritarian rulers arrogance, ever witnessed in post-independent India. He further said that the Central BJP government is constantly engaged in various anti-worker, anti-people and anti-democratic activities.

In particular, the rights won by workers in the past 100 years since the Simon Commission has been defended by the working people through great struggles. Although nearly 100 labour laws are in force, including 44 central laws and various state laws, the working class has been struggling to protect their rights from time to time. Amendments have been made in favour of the employers in the name of amalgamating the 44 laws into 4 labour codes.

Unappeased of this onslaught on decades old labour laws, the rulers are bent on rushing up in privatising the public sectors enterprises like, Insurance, Air India, BSNL, HAL, Railways, Road Transport, by way of disinvestment or by total sell out as in Hindustan Petroleum Corporation Limited. They want to hand over these national assets to Corporates known to the whole world either as defaulters or swindlers of nation’s wealth.

All this unruly anti-people, anti-worker and anti-national haste in passing bills in vital sectors, with the proclamation to increase the GDP by accelerating national production will fail. The overzealous private corporations, in their attempt to prey on the century old infrastructure, goaded the Central government to concede to “public-private partnership” so that they can thrive on public money keeping up their wealth safe. However, there is no point in boosting the supply side (helping private Corporates) without correspondingly raising the demand side (the purchasing power of the people) by ensuring jobs and paying fair wages. A corporatist approach alone will force the whole economic activity of the nation into stagnation. The consequent stoppage of production leading to retrenchments will further erode the purchasing power of the people to buy the goods produced.

Thiru T.Thirumalaisamy, the State Executive President of State Transport Corporations Staff Federation, taken aback by this brutal slaughter of democratic process has suggested a unified national protest so as to force the rulers withdraw all these anti national bills passed unethically with no regard for the Constitutional procedure.