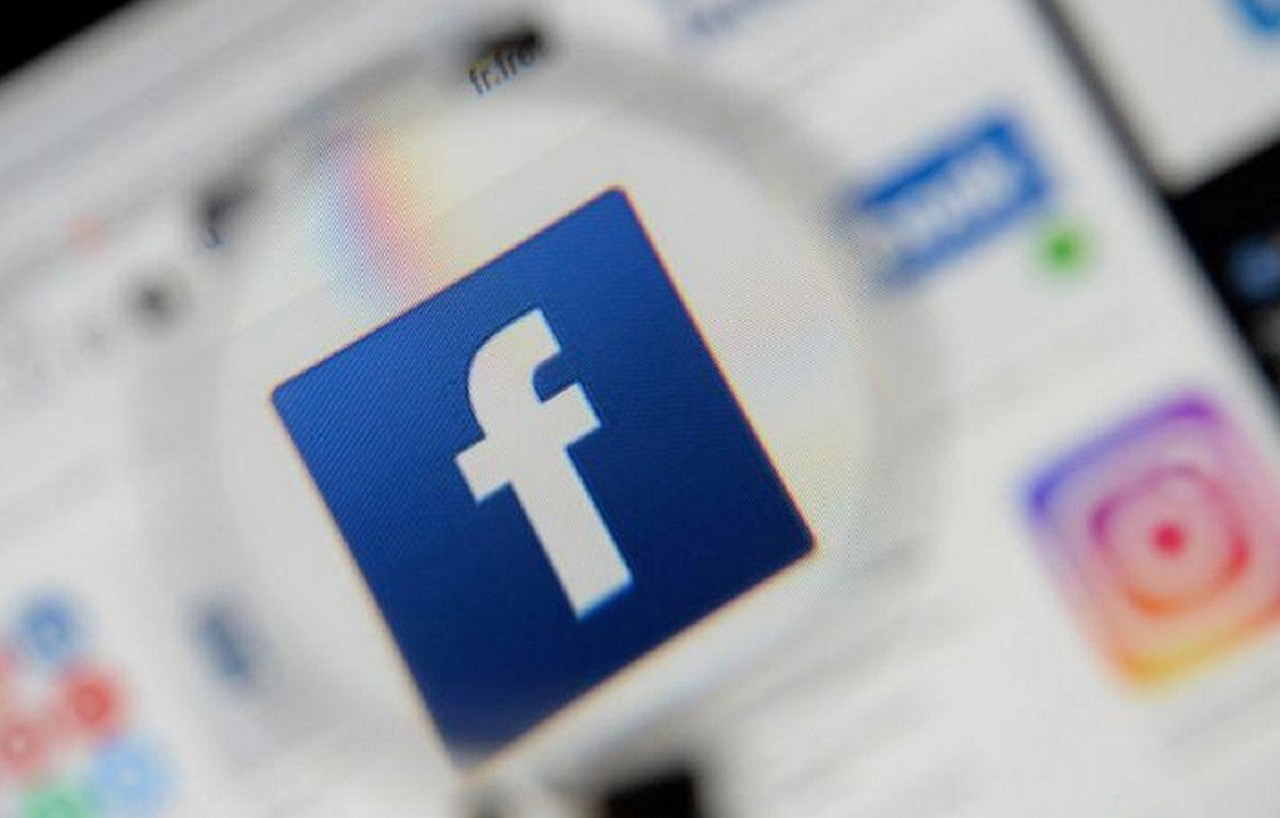 Forty one organisations from around the world on Wednesday wrote to Facebook chief Mark Zuckerberg, urging him to take decisive action to address Facebook  India’s bias and failure to address dangerous content in India, as the link between content on its social platform and offline violence in India is no more a secret. 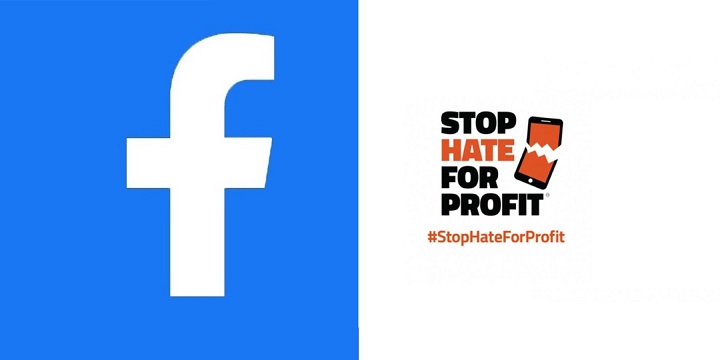 On August 27, Time reported that Facebook, in an effort to evaluate its role in spreading hate speech and incitements to violence, has commissioned an independent report on its impact on human rights in India. The audit is being conducted by the US law firm Foley Hoag and will include interviews with senior Facebook staff and members of civil society in India.

So, 41 non-governmental organisations from around the world on Wednesday, wrote to Facebook chief Mark Zuckerberg, urging him to bar Facebook India from influencing the ongoing human rights audit and demanded that Facebook India’s public policy head, Ankhi Das be sent on administrative leave till the audit report is completed, for her alleged role in perpetuating hate speech. The organisations, in the letter pointed out,  though the social media giant was in the news lately, as controversy erupted after an article by The Wall Street Journal revealed how top leadership at Facebook’s India office “opposed applying hate-speech rules” to politicians from the ruling Bharatiya Janata Party (BJP), even though they were “flagged internally for promoting or participating in violence”.

The organisations said that the link between content on Facebook’s social platform and offline violence in India is no more a secret. They reminded Facebook’s owner that mass riots in India spurred on by content posted on Facebook have been occurring for at least last seven years now. The letter pointed to a video circulated on the social media platform that was instrumental in stoking the horrific 2013 Muzaffarnagar riots, in which 62 people were killed.

The organisations claimed, the full extent of the harm done by Facebook India is yet to be determined and urged Facebook to act urgently as human lives are at stake, and demanded that to ensure the independence of this internal audit, Mark Zuckerberg must ensure that the inquiry is overseen by Facebook’s Policy Team Members in Menlo Park, by removing it entirely from the influence of the India office. The organizations have further said, the company must engage with human rights and grassroots organizations in conducting the audit and must examine the platform’s role in propagating “hate, casteism and Islamophobia, and violence” by Hindutva groups, politicians and other officials in India.

The full text of the letter is given below.

We, the undersigned organizations, write to urge you to take decisive action to address Facebook India’s bias and failure to address dangerous content in India. We call on you to ensure that the ongoing human rights audit of Facebook India reported by Time Magazine is overseen by high level staff in your Menlo Park office, increase engagement with human rights and grassroots organizations in conducting the audit and devising solutions to the continuing problem of dangerous content on your platform, and put Head of Public Policy Ankhi Das on leave pending completion of the audit.1 The need to act is urgent – lives are at stake.

The link between content on your platform and offline violence in India is no secret, but two articles from The Wall Street Journal have revealed disturbing details about the problem. An August 14th, 2020 article described how top leadership at Facebook’s India office refused to  apply Facebook’s own rules to politicians from the ruling Bharatiya Janata Party (BJP), despite clear violations of Facebook’s policies against incitement to violence, hate speech, and  misinformation.2 Your top policy executive, Ankhi Das, reportedly “told staff members that punishing violations by politicians from Mr. Modi’s party would damage the company’s  business prospects in the country,” according to current and former employees.3 In an August 30  article, former employees in both India and the U.S told The Wall Street Journal that “Facebook  declined to act after discovering that the BJP was circumventing its political ad transparency  requirements.”4

These findings are even more disturbing considering that this is not the first time Facebook has been called to account for its role in offline violence, in India and elsewhere – even in the United States.5 As protests spurred by the police shooting of Jacob Blake took place in Kenosha, Wisconsin, two people were murdered by an armed counter-protesters who appeared to be a militia member. The Verge reported that despite multiple reports from people concerned about potential violence, a “self-proclaimed militia group called Kenosha Guard,” which issued a “call to arms” in advance of the protest wasn’t taken down.6

This kind of tragic failure unfortunately appears to be the norm in South and Southeast Asia.  Nowhere has this been more painfully evident than Myanmar, where the military was complicit  in instigating genocide on Facebook.7 Rohingya refugees in India were targeted during the 2019  elections.8 The pandemic hasn’t stopped this trend; COVID-related Islamophobic hate speech  and disinformation was rampant on the platform early this year.9

In fact, mass riots in India spurred on by content posted on Facebook have been occurring for at least seven years. A mislabeled video on social media was instrumental in stoking the horrific 2013 Muzaffarnagar riots in which 62 people were killed.10 A BJP politician was even arrested for sharing the video.11 This should have been enough to prompt Mr. Zuckerberg and Facebook to take a step back from operations and conduct a human rights audit to ensure Facebook had the necessary corporate competencies and had taken human rights into account. Despite all this, the company decided to expand in India without hesitation. Since then, right-wing ministers and officials have used the platform to openly call for shooting Bangladeshi migrants in India and to spin Islamophobic narratives of ‘love jihad’ and ‘cow slaughter,’ instigating violence against India’s minorities.

Now, according to international watchdogs and academics, circumstances in India show the potential for genocide.12 The Citizenship Amendment Act (CAA), coupled with the National

Registry of Citizens (NRC), threatens to take away the citizenship of hundreds of thousands of Muslims and other minorities and put them in detention centers.13 The United Nations Human Rights Office has called the law “fundamentally discriminatory.”14 The rise in anti-Muslim bigotry, hate speech against minorities, and persistent pogroms targeting Muslims and Dalits have all only furthered the atmosphere of fear that India’s minorities live in.15

Mr. Zuckerberg, when you said “never again” after Myanmar, did you actually mean “Over and over again?” Myanmar is not an aberration. We are seeing the same playbook that was used to incite genocide in Rwanda in 1994 playing out in India. Then, radio broadcasts from government radio stations spread misinformation that helped incite ordinary citizens to take part in the massacres of their neighbors. Now, instead of radio stations, events like the North East Delhi pogrom are stoked by misinformation and hate speech shared on Facebook.16

Facebook should not be complicit in more offline violence, much less another genocide, but the pattern of inaction displayed by the company is reckless to the point of complicity. The demands in this letter could help avert that disaster. It is no secret, given the acknowledged and harsh realities of Facebook’s role in the Rohingya genocide in Myanmar,that online violence and hate easily spill into violence in real life. Despite this, Das opposed applying the platform’s hate speech rules to BJP Minister Raja Singh, who infamously said that Rohingya and Bangladeshi refugees should be shot, as well as “at least three other Hindu nationalist groups and individuals flagged internally by the employees for promoting or participating in violence.”17

No one is arguing that Facebook employees should have their freedom of expression unfairly curtailed, but Ms. Das has gone too far in publicly highlighting her allegiance to the BJP (to say nothing of her posts on internal Facebook staff message boards). In 2017, she wrote an article praising Indian Prime Minister Narendra Modi which was published on his website and mobile app.18In a 2014 article, she praised his use of social media – hardly neutral commentary for a current Facebook employee. It is not appropriate to indicate that kind of bias publicly when it can have the result of emboldening those bad actors into (rightfully) believing they will get  preferential treatment.

In view of the above, we call for the following actions to secure the life, safety, and human rights of marginalized groups in India. These primarily consist of members from Dalit, Bahujan, Adivasi and religious and cultural minorities, including (but not limited to) Muslims.

The audit must review both the human rights impact of Facebook India’s policy programs and examine the platform’s role in propagating hate, casteism and Islamophobia, and violence by Hindutva groups, politicians and officials, and social media influencers.

During the audit, Facebook should cease its elections operations until a full review has been conducted. More operations during elections could lead to serious human rights violations.

3. Facebook must engage in transparent dialogue and make actionable commitments to human rights with Internet freedom advocates, civil society, and human rights activists in India. Facebook should make as much of the audit findings public as possible and commit to working with civil society to find solutions to problems identified in the audit. Ensuring clear intervention channels in the future as well as appropriate training for content moderators and other relevant staff should be part of that dialogue.

The full extent of the harm done by Facebook India is yet to be determined, but even what we know now highlights the urgent and serious nature of these demands. We believe that taking decisive action to address these issues isn’t just the right thing to do for everyone harmed in India – it is also an opportunity for Facebook to demonstrate a real commitment towards addressing related issues for marginalized communities everywhere, from Black Americans to Rohingya refugees. We look forward to hearing from you to arrange a meeting on next steps.

9 Billy Perrigo, It Was Already Dangerous to Be Muslim in India. Then Came the Coronavirus, 3 Apr 2020, TIME, https://time.com/5815264/coronavirus-india-islamophobia-coronajihad/

Action Center on Race and the Economy

Fight for the Future

Global Project Against Hate and Extremism

The Initiative for Equal Rights