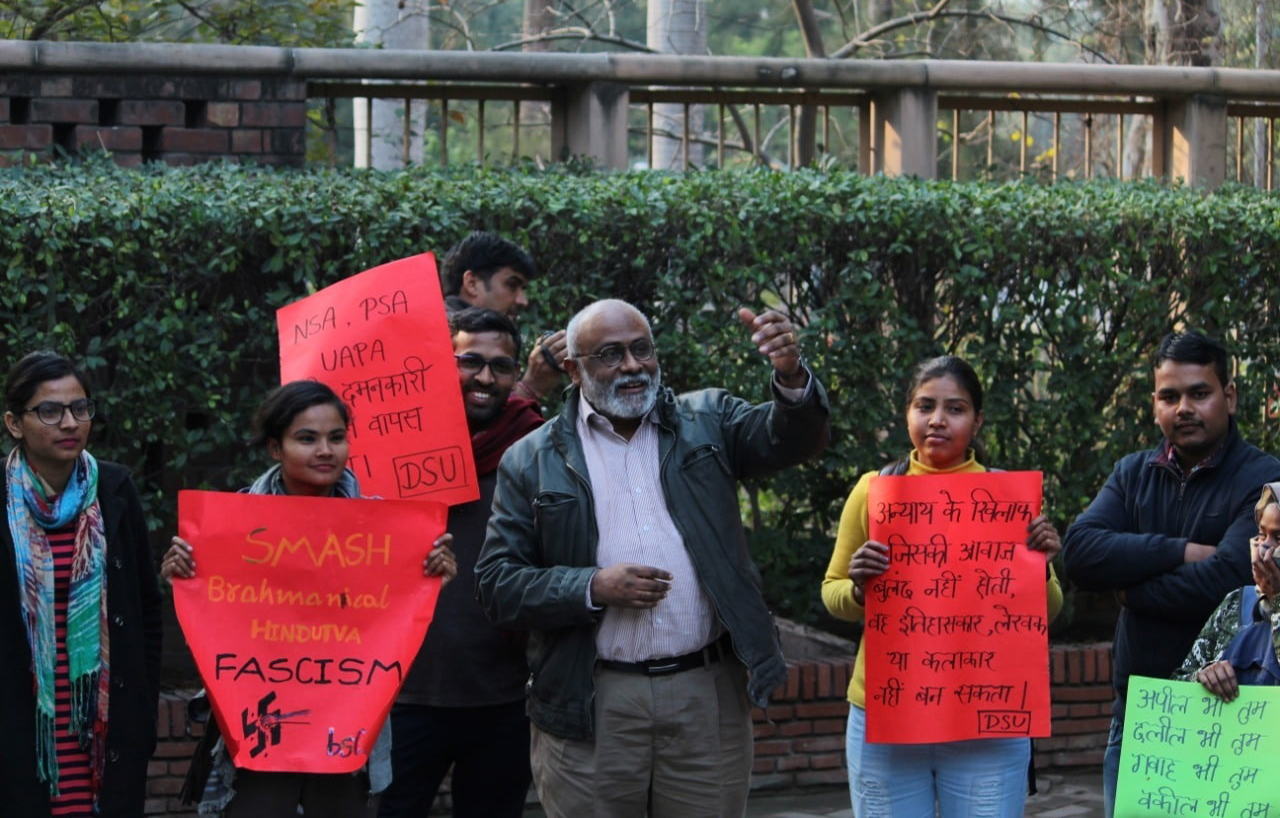 The Campaign Against State Repression (CASR) condemns the witch-hunt of academics and activists by NIA and demands immediate release all political prisoners.

The Campaign Against State Repression (CASR) condemns the summons by the National Investigation Agency (NIA) to Dr. PK Vijayan and Rakesh Ranjan, faculty members in Delhi University, in connection with the Bhima Koregaon-Elgaar Parishad case yesterday. Following the recent arrest of Delhi University professor Hany Babu, this continued harassment of university faculty under the garb of investigation is intended to create a chilling effect on the university community including students, teachers and workers and democratic and progressive people at large. This also seeks to silence voices of dissent emanating from institutions that have fostered and nurtured critical thinking and engagement with social, economic and political issues. Furthermore, the creation of a climate of fear among those associated with the arrested and targeted persons is aimed at breaking bonds of solidarity within the university community. Dr. PK Vijayan, a teacher of English at Hindu College, and Rakesh Ranjan, a teacher of Economics at Shri Ram College of Commerce, are both educators who have given decades of their lives to the university community. They have taken up questions of democratic rights, access to higher education and discrimination of the basis of caste, class and community. Both have struggled for the rights of political prisoners, particularly in the case of Dr. GN Saibaba, also a professor of DU.

After over two years of continuing investigations and denial of bail to the incarcerated, the Maharashtra Police and now the NIA enjoy complete impunity and are even feted by the Ministry of Home Affairs for their fervent investigations on the basis of flimsy evidence. Even as Varavara Rao, Sudha Bharadwaj, Anand Teltumbde, Gautam Navlakha and Mahesh Raut’s health deteriorates within prison, the lives of the incarcerated are deemed unworthy merely on the basis of allegations even as the prosecution has consistently failed to prove their charges in court. Summons by the NIA at a time when the COVID-19 pandemic is in full swing in cities like Delhi puts the lives of these teachers and their families at risk while causing them immense anguish. Yet, in the name of investigation, this harassment continues.\

While the violence at Bhima Koregaon perpetuated by Manohar “Sambhaji” Bhide and Milind Ekbote is ignored, intellectuals allegedly involved with Bhima Koregaon or the Elgaar Parishad, who in fact have no relation with either, face incarceration or the threat of it. The effort appears to be to harass, threaten and silence and force them to implicate others in the case. This tactic has become commonplace among State forces, as witnessed in the targeting of civil rights activists like Father Stan Swamy in the Bhima Koregaon-Elgaar Parishad case and academics like Professor Apoorvanand and several others in the Delhi Riots case.

Today, the Bhima Koregaon-Elgaar Parishad dragnet threatens to engulf the university community at large, drown out and silence voices of dissent and consume critical thinking and engagement. Simultaneously, anti-intellectualism, chauvinism and bigotry are given a fillip as agents of Brahmanical Hindutva fascism are shielded and lauded by institutions of the State for perpetuating the worst atrocities on the people of this country. In light of the intensifying attack on dissent, critical thinking and democratic rights through the Bhima Koregaon and the Delhi Riots cases, Campaign Against State Repression (CASR) urges all the progressive and democratic sections of our society to unite and condemn this spate of arrests, harassment in the name of investigation and the threat of arrest looming over several more academics, activists, artists, journalists, lawyers, poets and trade unionists. We demand the