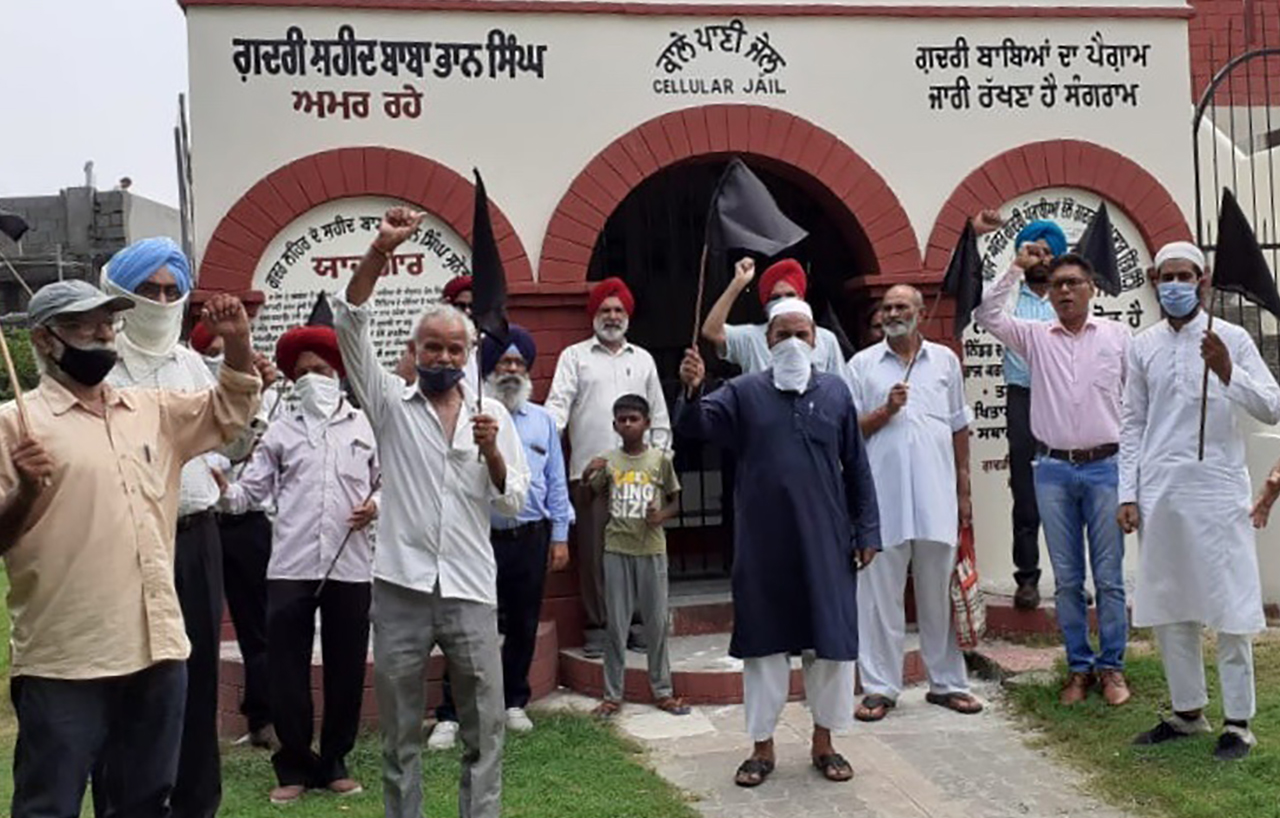 Black Day Observed in Punjab on 5th August — A Report

On a call issued by Association for Democratic Rights (AFDR),  a protest day was observed on 5th August, in various districts of  Punjab, on the first anniversary of abrogation of article 370 for J&K. Also, demands for repeal of UAPA and release of incarcerated intellectuals were raised.

Association for Democratic Rights (AFDR) Punjab observed Black day on August 5. On a call given by AFDR, protests were held across Punjab. Joint public meetings and mass protests were held in districts Sangrur, Barnala, Patiala, Nawanshahr, Ludhiana, Amritsar, Mansa, Moga, Gurdaspur and Hoshiarpur to observe black day against the authoritarian and fascist regime of BJP-RSS . Besides AFDR, leaders and activists of farmers, labourers, students, youth and various democratic organizations participated in the protests and raised slogans against the authoritarian regime of BJP and to show their solidarity with the people of Jammu and Kashmir.

Addressing the gatherings at different places the speakers said that for the last one year ,when the special status of J&K was abrogated, the erstwhile state has been converted into an open jail and people have been locked inside their houses. By laying the foundation stone of the Mandir at Ayodhya on the very date , the Prime Minister alongwith RSS chief have not only made mockery of secular values of the country but also have rubbed salt on the wounds of Kashmiri people and minority Muslim community. Despite strong voices being raised from abroad and large scale Corona infection in jails, the Central and Maharashtra governments are not releasing 11 intellectuals incarcerated for the last two years in the false Bhima Koregaon case. Not allowing bail to 81 years’ old poet Varvara Rao, 90 % handicapped Professor G.N.Saibaba, a dozen of other intellectuals locked in false Bhima Koregaon case, anti CAA protestors girl students and many other activists shows that ruling dispensation wants to kill these pro-people intellectuals and activists who question its policies, by keeping them in jails till their death. Every day the govt. is arresting more and more of such people. 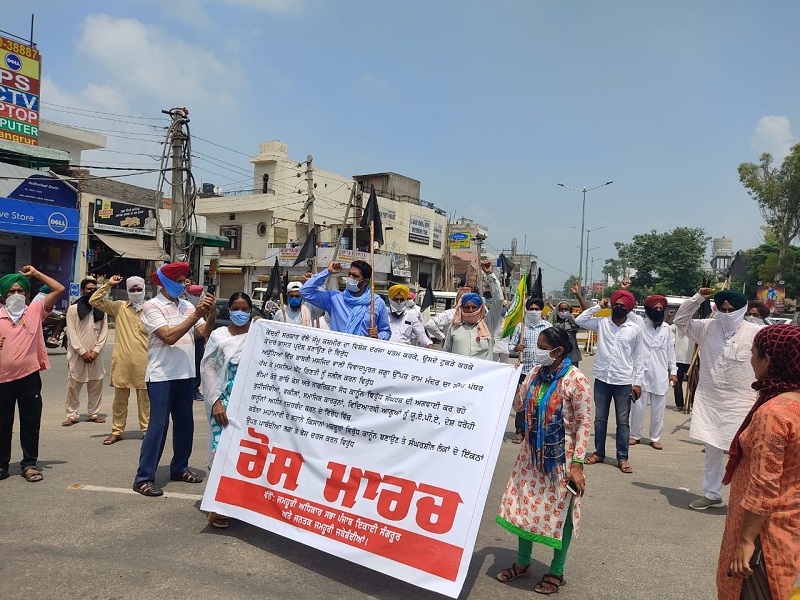 In these protests it was demanded that poet Varavara Rao along with all the jailed intellectuals be released immediately, the special status of J&K be restored and people of that state be allowed to exercise their right of self-determination. The lockdown imposed on them for the last one year should be lifted and military and paramilitary forces be withdrawn from there. Dr Kafeel Khan, farmer leader Akhil Gogoi and other activists of anti CAA agitation are released forthwith. Falsely registered cases of Bhima-Koregaon and Delhi Violence are cancelled and BJP leaders who are real culprits of Delhi violence be arrested immediately. UAPA and other such draconian laws be repealed. All the people arrested under UAPA be released. Misuse of NIA and police force as  henchmen to implement authoritative policies of RSS-BJP be stopped. Three recently issued agricultural ordinances be withdrawn. Suspension of labour laws under garg of Corona pandemic and decisions regarding privatization of public sector undertakings be reversed. Saffronisation and commercialization of education under the name of New Education Policy and change of syllabus be stopped. Do not dismantle the public educational and health services, rather strengthen the same. All the citizens should be provided free educational and health services by the government. hospitals. Restrictions imposed upon public demonstrations in Punjab under garb of Corona infection be withdrawn and all cases of so-called violation registered against struggling organisations and activists be cancelled. 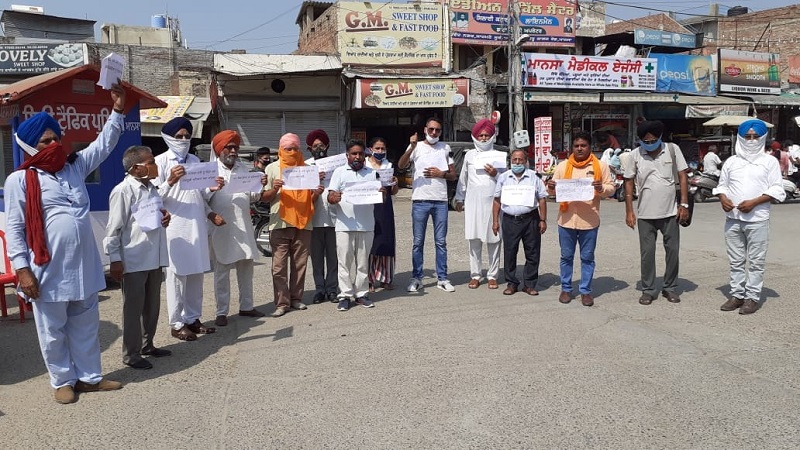 The above report was released by Buta Singh, press secretary, AFDR Punjab.