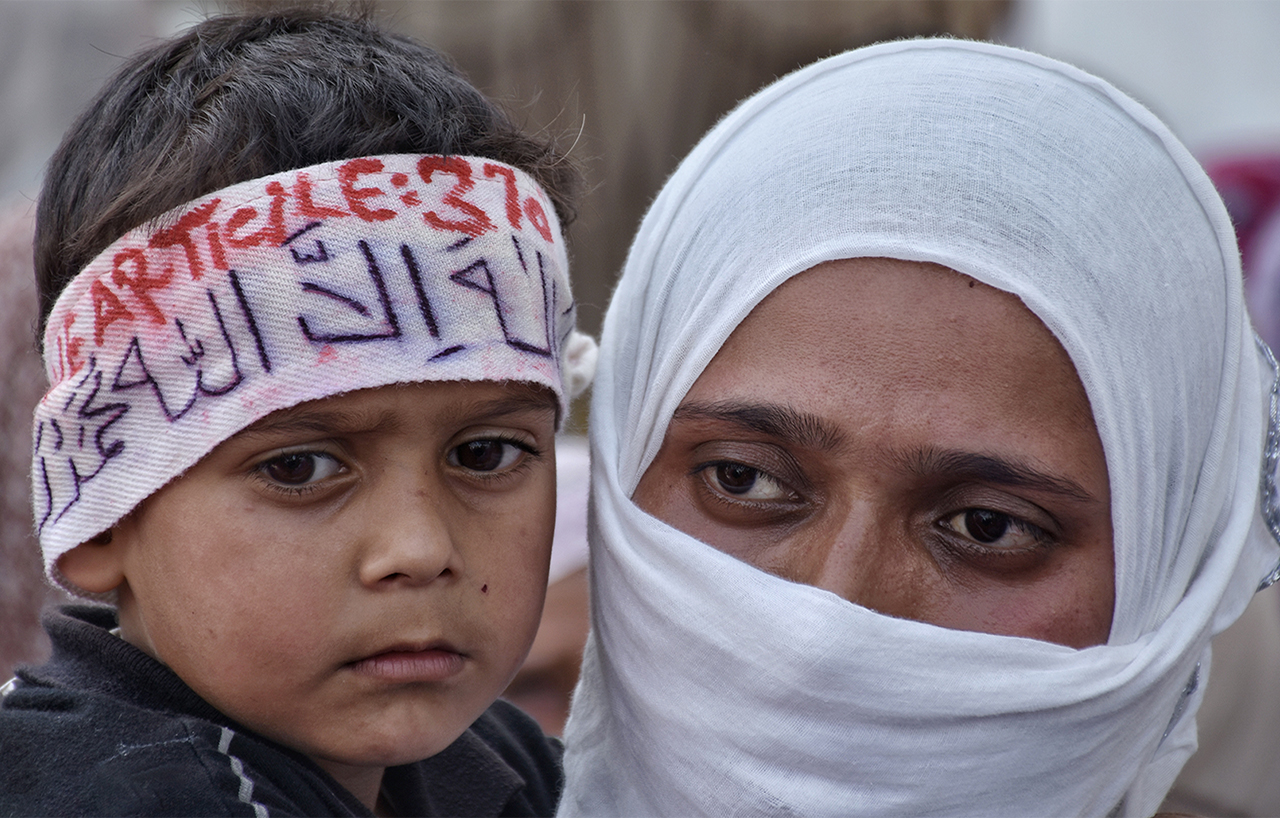 On August 5, 2019, the Narendra Modi government abrogated Article 370, granting special status to Jammu and Kashmir and revoked its statehood. This was followed by the longest forced lockdown of the entire valley, detention of all mainstream political leaders, suspension of 4G internet and a blanket ban on political dissent in any form by the Kashmiri people. A brief report by Younis Bashir and Bilal Ahmad on what this one year has meant for the ordinary Kashmiri people.

Two friends Omaira Qayoom and Binish Bashir who taught at the same school in Srinagar saw an opportunity on social media in December 2015 to turn their hobby into a business venture. Both the young women loved their crochet skills and came together to launch an online store and named it Craft World Kashmir. To begin with, they started uploading pictures of their already-made products on Instagram and Facebook to see how people reacted.  The posts were well- received and soon they began to get orders. The orders increased and there was no turning back until July 2016 when the government forces killed the then Hizbul Mujahideen commander Burhan Wani in an encounter in south Kashmir. What followed were the Valley-wide protests and the 133-day long internet outage.

“That was the first time we were out of work,” Omaira told Groundxero. “We survived that phase somehow, but what happened after the abrogation of Article 370 on August 5 last year was irreparable. With no orders in the absence of internet and telecommunication services, we incurred losses as we had invested money in buying raw material. We also had many ready-to-ship products that couldn’t be delivered. We had trained 14 girls and employed them as well. We couldn’t speak to or visit those girls, some of whom belonged to financially weak families,” she added.

At one point, as the lockdown was extended month after month, both Omaira and Binish began to imagine the worst. What they had built so dedicatedly was now falling apart. “We were thinking of winding it up because what used to fill our days and nights was now reduced to nothing. It was very depressing,” Omaira said. “One couldn’t even think of switching to any other profession, because everything in Kashmir was under siege then,” the 31-year-old artist recounted.

Omaira also said that Kashmiris are soft targets for anyone and that if the government had snapped internet services elsewhere in India, the scenario would have been different. “We live here and want to work here. If they (the government) find any issues here, they should find solutions. Why should an entire population be made to suffer?  We can’t even open a physical outlet under these circumstances. We are still using 2G. It takes a lot of time to upload or open a post. This is an assault on our ideas and dreams,” Omaira asserted.

The year since August 5 has been equally challenging for other young professionals in Kashmir. Masrat Zahra, a 26-year-old Srinagar-based visual storyteller, faced many difficulties while discharging her professional duties.

“Post abrogation of Article 370, it was extremely tough to come out of one’s home, let alone going to a place and cover the happenings there. The total communication blackout made it even worse for me. If I succeeded in documenting anything, I could not send that to any organization. It was also demoralizing in the sense that you risked your life to reach a particular place for coverage but could not get your work published.  The Media Facilitation Centre in Srinagar, however, did help later and journalists were able to send the stories to their respective organizations,” Masrat said to Groundxero.

“I had to leave my house amid curfews and other restrictions and rely on word-of-mouth, which sometimes was true and sometimes not. Otherwise, I would go with my fellow journalists and we would be in touch with each other before and after the coverage. My family was worried, too, and being a female added to that because I couldn’t tell them where I was or if I was in any trouble somewhere,” she added.

In April, Masrat was shocked to learn that she had been booked under UAPA (Unlawful Activities (Prevention) Act by J and K Police for allegedly posting ‘anti-national’ content on social media. She, however, denied the charges and said that the content in question was all part of her work, some of which was already published.

“Booking me under UAPA was actually a message to all the journalists of Kashmir. They (police) wanted to tell other journalists that ‘see, what we did to a female journalist, you male journalists better watch out’. Also, I was an easy target for them because I was a freelancer and they thought no organization would support me. But everyone stood up for me and it is because of that I am not in jail. Despite the FIR, I did not stop working because I didn’t want to set a bad example for aspiring journalists. I, in fact, came across reports in which parents of some students had asked them to leave journalism and study some other course after they learned that I was booked under UAPA,” said the photojournalist.

Almost 2 months after she was booked under stringent UAPA, Masrat was named as the winner of this year’s Anja Niedringhaus Courage in Photojournalism Award by the International Women’s Media Foundation (IWMF).

“The award sent a message far and wide that nothing can stop a person who is passionate about her work. However, I am still afraid that I can be arrested anytime, though I have not yet seen the FIR or what the police have written in it. I live in constant anxiety and wherever I see a policeman or when I am asked to show my identity card, I get the feeling that I will be arrested. Because of this, my work has been suffering. It took me a month to do a photo-story which otherwise would take me only 2-3 days,” the award-winning photojournalist confessed.

Masrat also said that today journalism is the hardest profession in Kashmir.”Every now and then journalists are summoned and detained. Also, with the new media policy in place, the freedom of journalists to report freely has been further curtailed,” she concluded.

The year is also marked with reports of detention, torture, killings of civilians, militants and security forces. Post the abrogation of Article 370, over 6000 people were arrested including the leaders of mainstream political parties. However, barring People’s Democratic Party (PDP) president Mehbooba Mufti, whose detention period has been extended by another three months, all other top mainstream political leaders have been released. Also, according to reports, the total number of militants killed since the abrogation of Article 370 is 176.