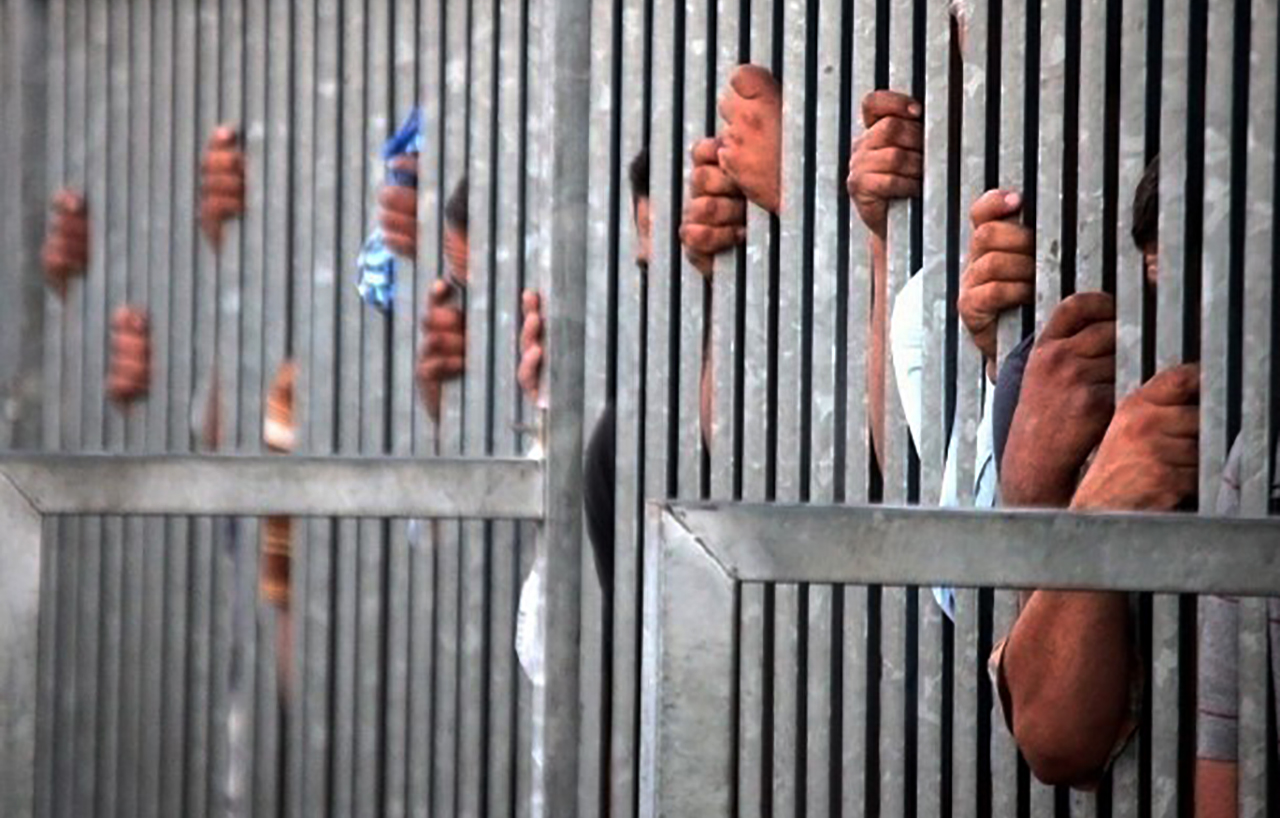 As India struggles to contain the exponential rise in the spread of the Coronavirus, several prisons across the country are becoming hotspots of infections, putting the lives of prisoners including the under-trails and staff to grave risk. A Groundxero report.

Recently, Assam’s Guwahati Central Jail and Nagpur Central Jail in Maharashtra were in the spotlight after it was found that Akhil Gogoi, a peasant leader arrested for the anti-Citizenship Act protests in December, and Varavara Rao, a revolutionary Telugu poet arrested in the Bhima Koregaon case, had tested positive for coronavirus inside those jails. Prisons in Maharashtra are the worst affected. According to a report in Economic Times, as of today, a total of 774 COVID-19 cases have been reported from 14 jails in Maharashtra, comprising 600 inmates and 174 staff. Nagpur Central Jail, where political prisoners like Varavara Rao, Prof GN Saibaba are imprisoned, has 219 cases, followed by Mumbai Central Jail which has 181, while Akola and Solapur prisons have 72 and 62 cases respectively.

Only, last week, reports came that 86 people lodged at the Anantnag district jail in South Kashmir had tested positive for the novel coronavirus. The jail has the capacity for holding 60 persons but it currently has 193 prisoners. About 43% of its inmates have tested positive for the virus. Many of them are political leaders and activists of local Kashmiri political parties, who opposed the abrogation of article 370 last year.

Guwahati Central Jail in Assam has become another hotspot. The total number of COVID-19 cases in the prison swelled to 438, three of them being prison staff, stated Dasarath Das, Assam’s inspector general of prisons. Akhil Gogoi and Sharjeel Imam were the most prominent ones among them.

India’s overcrowded and unhygienic prisons were always under precarious conditions. Once the virus reached there it became difficult to stop it from spreading like wildfire among the inmates. Apprehending such a situation, the Supreme Court had ordered the states and Union Territories to decongest prisons back in March, when the lockdown was first imposed in order to contain the virus. Many states indeed released some prisoners but thanks to the continuous flow of new inmates and the irregular hearings in courts due to the epidemic, all the prisons are filled up beyond capacity, making the prisoners vulnerable to the contagion.

Not only in Berhampur Jail, troubling news also came out of other jails in the state. The Manch came to know from the family members of Shri Nirakar Nayak, an under-trial prisoner in the Surada Sub-jail Ganjam district, that nearly 50% of jail inmates are suffering from fever and cold which are considered as primary symptoms of Covid-19. In the recent past, the media had reported that some under-trials of Rourkela jail had also been affected by Covid-19.

In the open letter to the CM, Jan Adhikar Manch pointed out that:

While the Manch has made these demands in the specific context of the state of Odisha, they are equally valid for all other states, as India reports new highs in the number of new cases every day, and more and more overcrowded prisons become new hotspots of the epidemic.