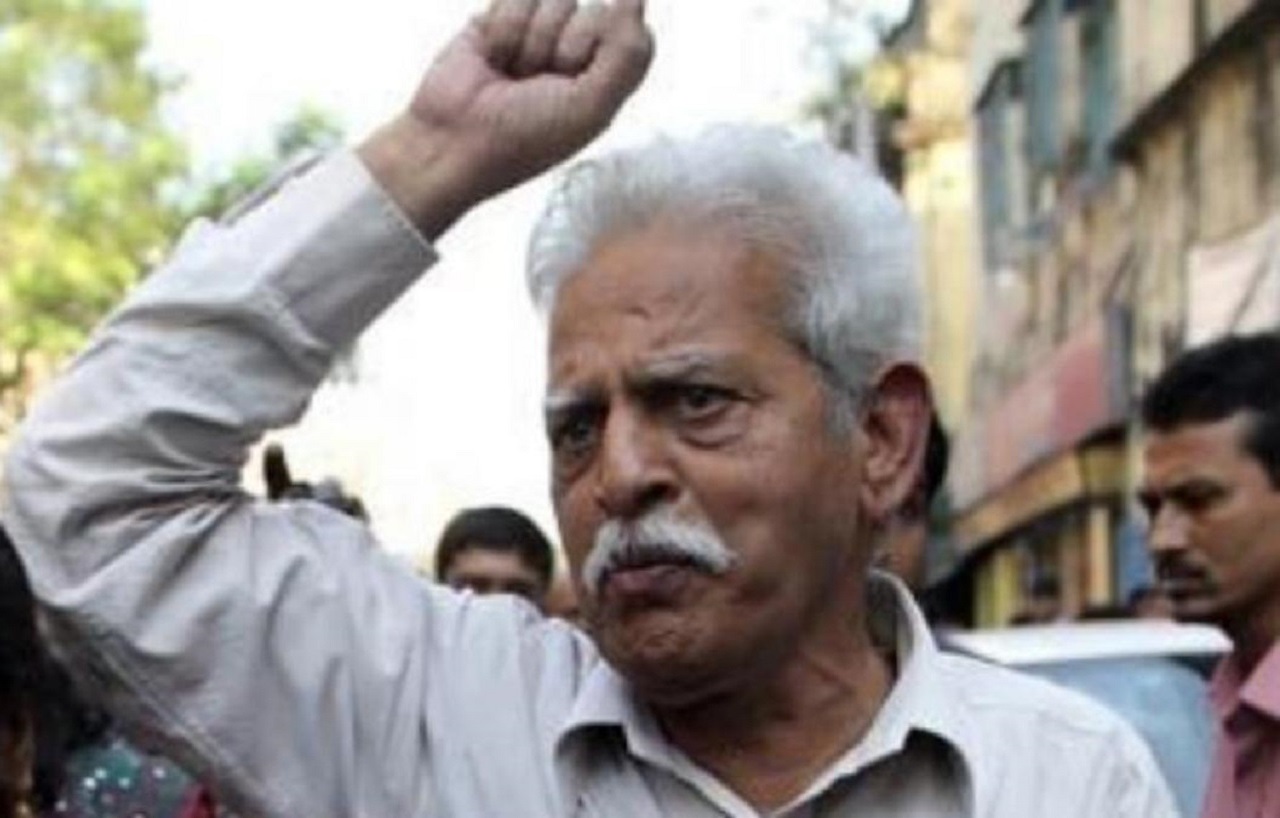 Romila Thapar and others appeals to Govt. and NIA to transfer Varavara Rao to JJ hospital

Historian Romila Thapar, economist Prabhat Patnaik and other petitioners in the Supreme Court case appeal to the Maharashtra Govt and NIA to facilitate hospitalisation and provide proper treatment to Varavara Rao.

IMMEDIATE TRANSFER TO A HOSPITAL AND PROMPT TREATMENT FOR VARAVARA RAO

According to press reports and the statement of his family, the renowned Telugu poet and writer, P. Varavara Rao is extremely ill in Taloja jail. He is suffering from low levels of sodium and potassium as diagnosed by the JJ Hospital, Mumbai, where his treatment was abruptly terminated and he was taken back to Taloja Jail in Navi Mumbai. This is a life threatening situation for someone who is 81 years of age, and already suffers from high blood pressure and heart conditions.

We appeal to the Government of Maharashtra and the National Investigation Agency to facilitate the immediate transfer of Mr. Varavara Rao to JJ Hospital where he can receive proper treatment. Mr Rao poses no flight risk and has voluntarily submitted to all investigations for the past 22 months. There is no reason in law or conscience to hold him in circumstances that increase risk to his fragile health.

Even before Mr. Rao was arrested, we had been arguing that the investigation should be impartial, speedy and supervised by the judiciary. We have now reached a stage where his life is at stake. To knowingly risk the life of a person in state custody by refusing proper medical treatment would amount to a form of the “encounter”, an extra-legal punishment which the State institutions are duty-bound to forego.

We appeal to the authorities to assure the nation that the Indian State respects the rule of law and the Constitution, by ensuring that P.Varavara Rao receives immediate and proper treatment and that his family is allowed to look after him during his illness.

[Appeal issued by the following five petitioners who had approached the Supreme Court on the matter of the Bhima Koregaon arrests ((Romila Thapar & Ors. Vs. Union of India & Ors., Writ Petition 32319 of 2018).]