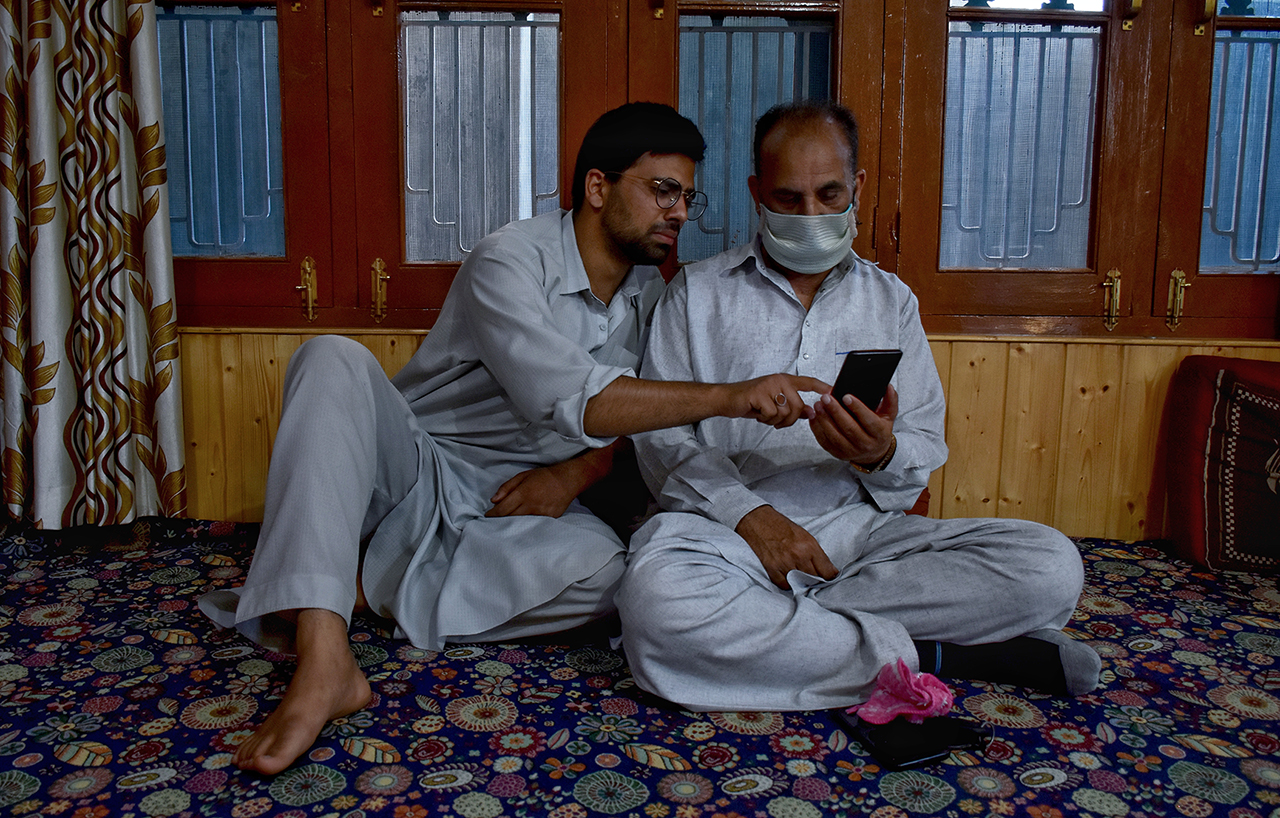 Family and friends of Bashir Ahmad Khan, whose death on the morning of July 1 sparked anger across Kashmir and raised several questions as to what led to his killing, recollect his last moments and their fond memories with him. Written by Younis Ahmad and Bilal Ahmad.

The wailing of women resumed after the completion of Asr prayers (offered between afternoon and evening) inside Khan house in HMT area of Srinagar, while some people – men, women and children – continued to enter and exit the two-storied house. Everyone looked as if they had cried over the killing of 65-year-old civil contractor Bashir Ahmad Khan whose death on the morning of July 1 sparked anger across Kashmir and raised several questions as to what led to his killing and the circumstances that followed.

Even after a day of his killing in north Kashmir’s Sopore while he was on his way to Handwara to fetch his maid, the Khan family stuck to their claim that Bashir was ‘dragged from his car by the government forces and killed in cold blood’, rejecting police and CRPF’s version that he was killed in crossfire and that it was the bullet fired by militants that hit him.

“He was shot from point blank range,” Suhail Ahmad Khan, the youngest son of the slain, said. According to Suhail, the wound on his father’s body was not like the one that a bullet fired from a distance should cause. “His spinal cord looked damaged as the bullet had entered from his chest and left through his back, and one could easily tell from the nature of his wound the range from which he was shot,” he added, breaking down every now and then while he spoke.

Zahoor Ahmad Khan, who is the younger brother of the deceased echoed the same concern and said that if his brother had sensed any trouble he would have either sped away or drove in reverse to get out of the line of fire.

“From pictures seen on social media, one could see security forces’ vehicles next to his car. So, saying he was killed in crossfire is untrue,” Zahoor said.

“Papa’s car has no damage, which is currently in police custody in Sopore, and anybody can go and see that for themselves,” Suhail followed his uncle.

Suhail also said that neither police nor hospital authority gave the family any document or certificate detailing the cause or nature of his father’s death.

“If proper investigation is carried, we will get to know who killed him as the injury caused by a bullet fired from a close range is different to that of the one caused when a bullet is shot from a distance,” said Zubair, a relative of Khans’.  “Besides, it will also reveal the type of bullet fired which will eventually tell who fired it given the notion that government forces and militants usually use bullets of different calibres.”

‘Just like a friend and a man who helped poor’

Recently, when the cases of COVID-19 began to rise in Delhi, it was Bashir Ahmad Khan who asked his son Suhail to return home. Suhail is pursuing an MA in Islamic Studies from Delhi’s Jamia Millia Islamia University. “I didn’t know that the one who built and decorated this house will leave us too soon,” Suhail said.

“He was just like a friend, and with the loss of my father I lost that friend too,” said inconsolable Suhail. He also said that his father helped the poor or anyone who asked for it and gave to charities. “He was very active in every field, a great personality.”

“His death is a loss to the entire society as he was a great man,” Tariq Ahmad, who is a family friend and neighbour of Khan’s, said.

A day before he was killed, according to Suhail, Bashir had gone on an excursion to Tangmarg with his wife, Suhail, and his 3-year-old grandson who also happened to be with him in his last moments.

“Before leaving for Handwara, he washed his car and left home at 6.30 in the morning so that he could get back to his work in Gulmarg. Our maid, who is from Handwara,  told us  over the phone that she couldn’t come on her own due to the lack of public transport, to which papa said that he would himself come and pick her up,” Suhail described.

The previous night Bashir had asked Suhail if he could accompany him to Handwara as it was also Suhail’s wish to explore north Kashmir, but because of a change of mind he couldn’t go and instead his three-year-old nephew went with his father.

When he was in his prime, Bashir would attract a lot of attention from people owing to his handsome looks. “People used to call him Jeetendra when he was young, such was his beauty,” said Tariq, who although younger than Bashir, spent a considerable amount of time with him.

One of the things that Bashir Ahmad wanted to accomplish and worked hard for was to see his youngest son getting married and secure a job. Suhail, who was engaged in October last year and was  supposed to  get married a year later, now says that since his father is not around him, he would first want to complete his course before getting married.  “He cared a lot for me,” he said.

Sopore incident and what police and CRPF said

According to Kashmir Inspector General of Police (IGP) Vijay Kumar, the incident took place at around 7.30 on July 1 morning when two militants hiding in a mosque fired indiscriminately at CRPF troopers who were de-boarding from their vehicle to be part of joint naka party with police in model town Sopore, resulting in the death of one trooper and injuries to three others.  Kumar was addressing the media following the circulation of videos in which the family members of Bashir Ahmad had accused CRPF troopers of dragging him out of his car and shooting him at point blank range. He also said that Bashir was hit by bullets during the attack while he was coming out of his car to protect his grandson.

CRPF Special Director General Zulfiqar Hassan who on Thursday visited the spot where the attack took place said that the angle at which Bashir Ahmad was shot showed that the bullet came from the mosque. He also said that Bashir was killed during the crossfire from a bullet fired by the militants.

At Bashir Ahmad’s home in HMT, Jehangir, the father of 3-year-old boy who was seen sitting atop his grandfather’s lifeless body, referring to his father-in-law’s killing, said, “This is the gift of Indian democracy to an elderly citizen”.

Meanwhile, on Saturday (July 4) IGP Vijay Kumar along with other senior police officers visited Bashir’s family and assured them of an “impartial investigation” into the incident.