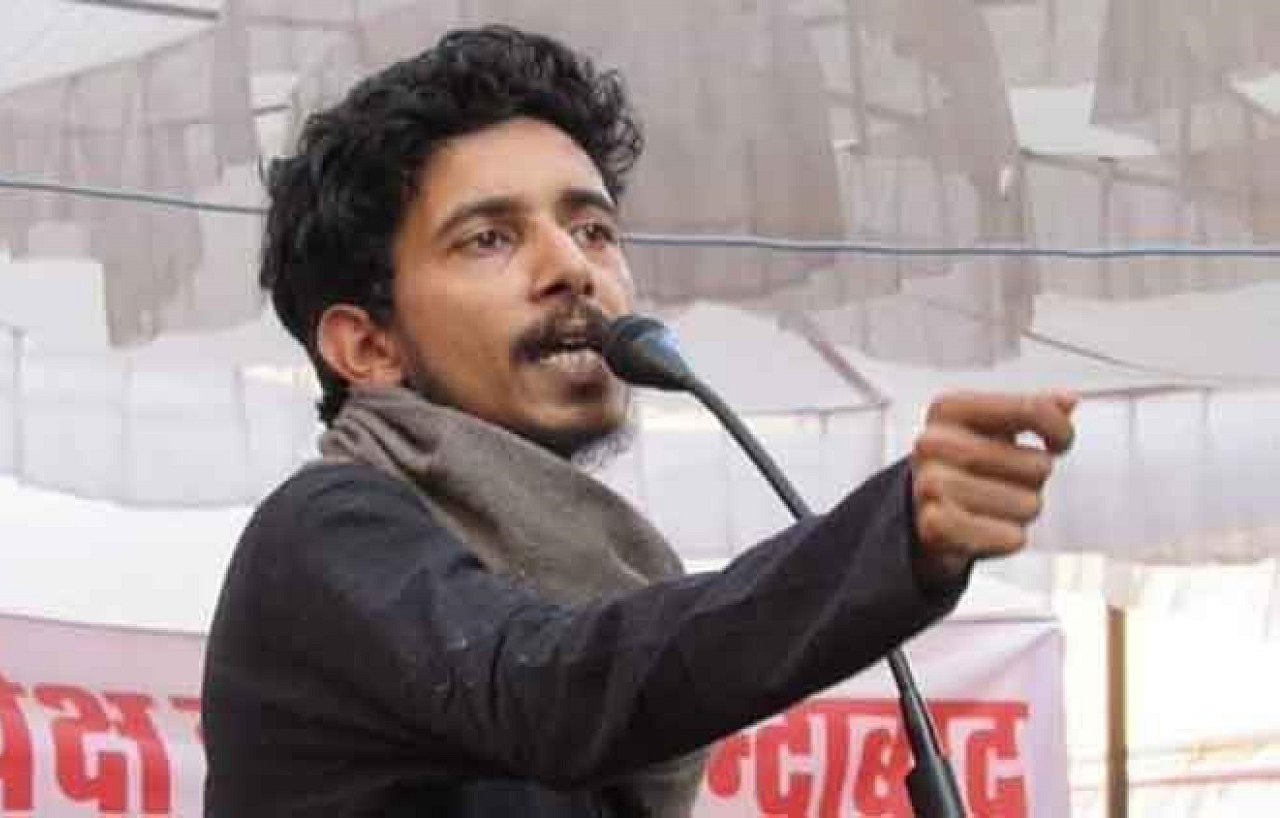 Sharjeel Usmani ‘Arrested’ by UP Police

Sharjeel Usmani, anti-CAA protest activist and former student of Political Science at Aligarh Muslim University (AMU) was ‘arrested’ by a police team from his hometown of Azamgarh on Wednesday evening. Sharjeel is one of the Secretaries of Fraternity Movement and a leading voice of the struggle against CAA, NRC & NPR. He has been under the witch hunt of the UP police since the start of the protests and has been booked by the police on various charges, all related to the protests held from 10 to 15 December at AMU during anti-CAA protests, last year.

According to sources, five unknown people claiming to be from UP Crime Branch picked him from his house in Azamgarh. “There was no warrant, no receiving, and all of them were in plain clothes. They also took away his laptop and books with them,” a family member of Sharjeel told Karvaan India. The Police, however, has not confirmed his arrest so far. Amir Usmani, Sharjeel’s father told Karvan, “They came without any warrant, in plain clothes, and took him away, this is not how a legitimate arresting is done.”

Afreen Fathima, JNU Students Union leader posted on Facebook, “Sharjeel Usmani has been illegally picked up by 5 unknown persons in the evening today from Azamgarh. There was no arrest warrant and no information has been given to his family.”

The Yogi Government facing intense criticism for its inept handling of the Corona-epidemic and the rapidly deteriorating law and order situation in the state, best exemplified by the recent gunning down of 8 policemen by the henchmen of a gangster, will try to divert public attention from his administrative failures through such arrests and with hunting of Muslim activists like Sharjeel, and whip up communal passions.