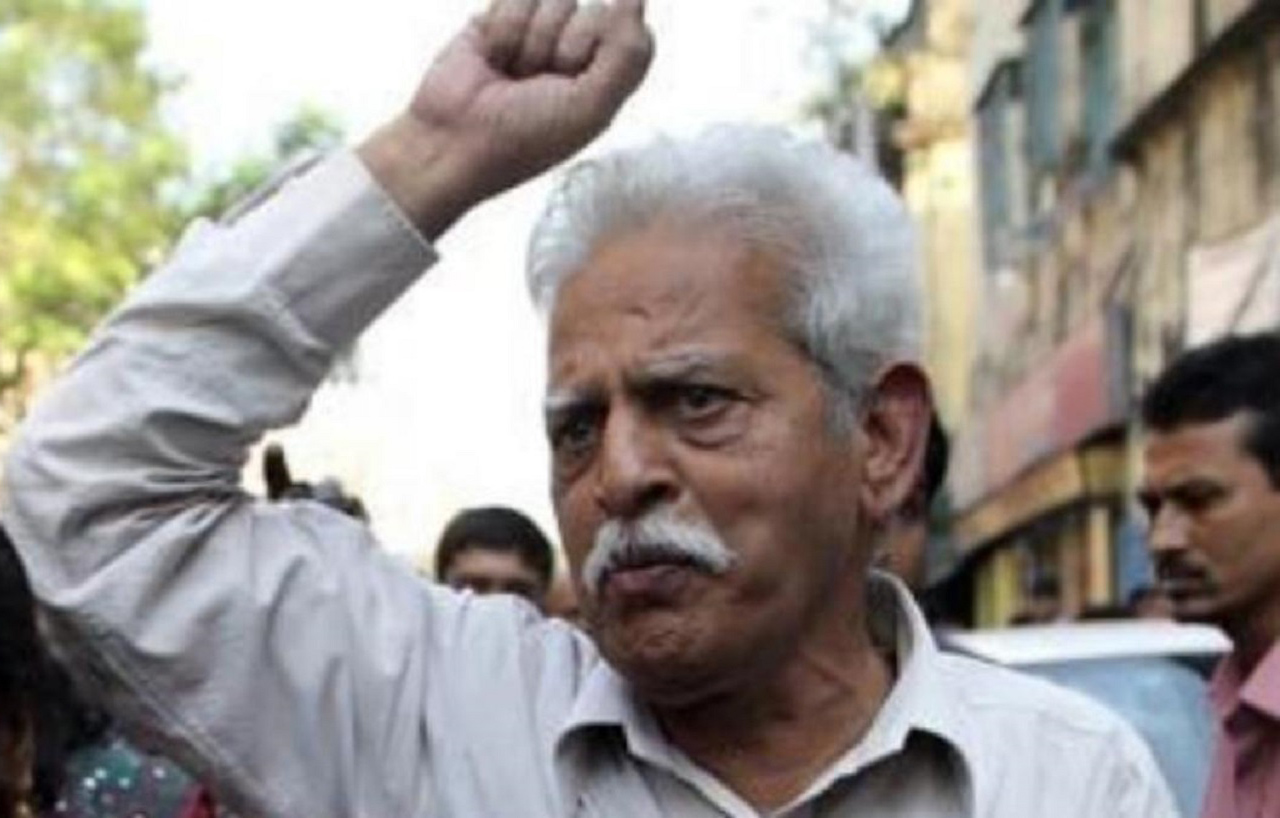 On 19th June 2020, 14 members of Indian Parliament, issued a Press Statement addressed to CM of Maharashtra, Mr. Uddhav Thackeray. In the signed statement, the 14 Parliamentarians expressed their concern about the rapidly deteriorating health condition of Varavara Rao and requested the Maharashtra CM to provide him the necessary and urgent medical attention by moving him to a hospital.

Varavara Rao is a Telugu writer and poet, who has been campaigning for the rights of the tribals and the poor. Varavara Rao was arrested from Hyderabad 28th August, 2018 by the Pune Police following the Bhima Koregaon violence, where the police claimed to have found links between Varavara Rao and Naxal activists. With the NIA taking over the case, Varavara Rao was shifted to the Taloja Prison in February 2020. On 29th May 2020 he fainted due to which he had to be urgently rushed to the JJ hospital, Mumbai. However he was hurriedly discharged after just 3 days in the hospital. The bail petition on health grounds is scheduled for hearing on 26th June 2020.

However, due to the rapidly deteriorating health of the 80 year old Varavara Rao, 14 sitting Members of Parliament (MPs) have issued a statement to the Chief Minister of Maharashtra, Mr Uddhav Thackeray, urging him to shift him to a hospital facility where a thorough investigation can be conducted and due care provided till his complete recovery. The statement also requests access to medical treatment for Dr. GN Saibaba, the wheelchair bound professor with 90% disabilities whose health condition is also most vulnerable.

The unedited Statement of the 14 MP’s is given below.

We, the undersigned Members of Parliament, wish to register our grave concern at the deteriorating health of the 81-year-old people’s poet Varavara Rao, now lodged in Taloja Jail under the Bhima Koregaon case. We are seeing reports every day of the massive surge in COVID-19 infections within prisons (It has been reported that four deaths have already occurred in prisons across Maharashtra, all of which were later found to be COVID-19 positive.)

It has also come to our notice through the family members of Varavara Rao that the aged poet is vomiting several times daily and is not keeping well. His family mentioned that Varavara Rao’s voice was extremely feeble when he could speak to them on a call made after a month. Two weeks ago, on 30 May 2020, he was rushed to JJ Hospital in Mumbai in a semi-conscious state on a stretcher after a fainting episode. This deterioration in his health happened while he was under observation of the doctors in the Taloja prison. Varavara Rao’s health reports from JJ hospital indicate an electrolyte disturbance which could prove detrimental as he is already a cardiac patient. He has intestinal ulcers which need urgent investigation (Colonoscopy) as directed by doctors while he was in Pune jails. This procedure has not been conducted after more than 6 months of prescription. As he is under such a dire health condition, we urge you to transfer him to a hospital. The present level of care provided in the jail is not acceptable. We request you to give him the necessary and urgent medical attention by moving him to a hospital.

We also use this opportunity to request access to medical treatment for Dr GN Saibaba, the wheelchair-bound professor with 90% disabilities whose health condition is also most vulnerable.