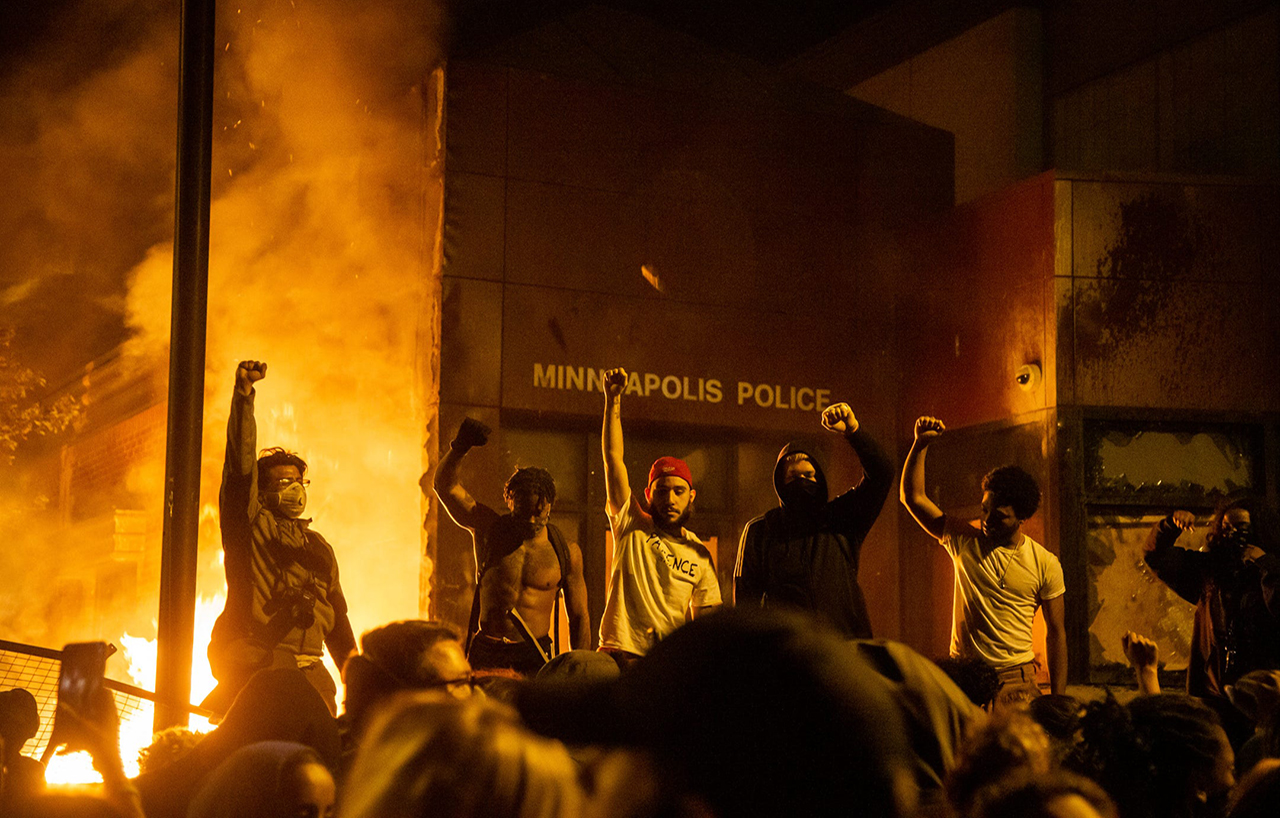 George Floyd’s murder is about much more than just toxic racism and out-of-control police. His strangulation symbolized the more than 100,000 Americans condemned to virally-induced asphyxiation by the US plutocracy’s criminal mishandling of the COVID19 pandemic, writes Dennis Redmond.

Back in 1951, Langston Hughes wrote a famous poem about how the American dream deferred would eventually explode. That explosion eventually came in 1968 in the form of the Black Panthers, mass anti-war protests, and anti-capitalist urban uprisings in hundreds of American cities.

But the explosion happening right now in America is not the explosion of a dream deferred. It is the painful process of waking up from a dream which was really a nightmare. This dream was plutocracy — the desire of the planet’s 2,199 billionaires to own everything while paying the 8 billion workers of planet Earth nothing.[1]

For decades, millions of Americans dreamed of becoming one of America’s approximately 600 billionaires. Perverse as it sounds, the lower America’s real wages fell, the more its public services were gutted, the higher the cost of education and healthcare became, the more tenaciously Americans clung to the fantasy of becoming a plutocrat themselves.

Since the crisis of 2008, Americans have been awakening piecemeal from their plutocratic dream. A few hundred thousand citizens opened their eyes during the 2011-2012 Occupy protests, a few million more joined them by 2016, while the crimes of the US authoritarian kleptocracy jolted tens of millions of others awake by 2019.

But the majority finally woke up on May 25, 2020, when an African American named George Floyd was arrested by four Minneapolis police officers over a $20 purchase of cigarettes at a local store.

Floyd was an ordinary citizen employed, like most Americans, in various low-paid service sector jobs. Police bodycams, eyewitnesses and citizen videos all confirm he did not resist arrest, he was not carrying a weapon, and he did not behave in a violent or provocative manner. 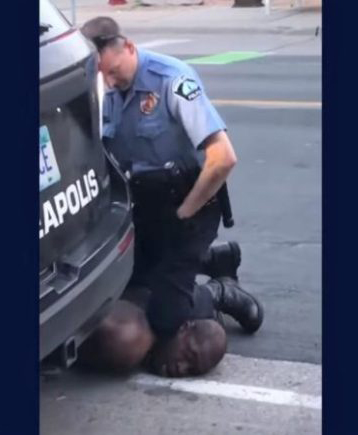 The video grab shot of George Floyd pinned down on his stomach, hands cuffed behind him, with a knee to the neck, by Officer Derek Chauvin.

An officer threw him on the ground anyway and began to choke him with his knee. Floyd could not breathe, and said so. The officer kept choking him. Three other officers simply stood and watched.[2]

After eight minutes and 46 seconds of being choked, Floyd stopped breathing forever.

And then America erupted.

Over the next five days, according to a summary by the BBC, massive protests against police violence broke out in thirty cities. Curfews have been declared in fifteen cities, and national guard units deployed in twelve states. While there has been sporadic looting, the protests have been exacerbated by brutal police tactics against peaceful protesters, ranging from the openly racist arrest of African American journalists to the use of pellet guns against reporters. 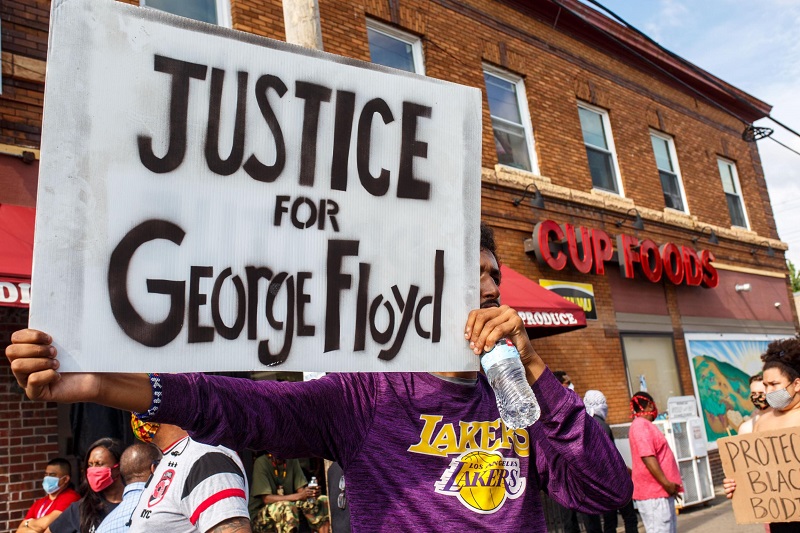 Leading the protests were America’s young people. The reason is that young Americans live in the communities of color, impoverished whites, and immigrants which were the primary victims of plutocratic looting. Millions of these young people watched their schools and colleges being ravaged by corporate privatization, and have personally experienced the plutocratic criminalization of the poor and carceral racism at the hands of police.

In the past, these young people were the key drivers of America’s 2011-2012 Occupy protests, the 2015 #BlackLivesMatter protests, the 2016-2018 protests against the US authoritarian kleptocracy, the 2019 mass protests against climate catastrophe as well as the Bernie Sanders campaign. They also resisted the plutocratic-owned mass media, by creating non-commercial networks to produce and share digital music, texts, videos, and videogames.

It is worth noting that young people have been uniquely radicalized by the lockdown to halt the pandemic. Their schools and colleges have been closed, their sports events cancelled, and most of their social events disrupted, while the tourism and entertainment economy which provided many of them with jobs has evaporated.

These young people understood that Floyd’s murder was about much more than just toxic racism and out-of-control police. His strangulation symbolized the more than 100,000 Americans condemned to virally-induced asphyxiation by the US plutocracy’s criminal mishandling of the COVID19 pandemic.

What is happening now is open political insurrection against the plutocracy. The American economy is in a depression, one in four citizens are unemployed, one in five is about to lose their health insurance, one in six cannot pay their rent, one in seven cannot afford to buy food, state and local governments are running out of money and will be firing anywhere between one quarter to one third of their employees, while the world’s most corrupt political elites are throwing money at 600 billionaires while condemning 330 million Americans to literal starvation. 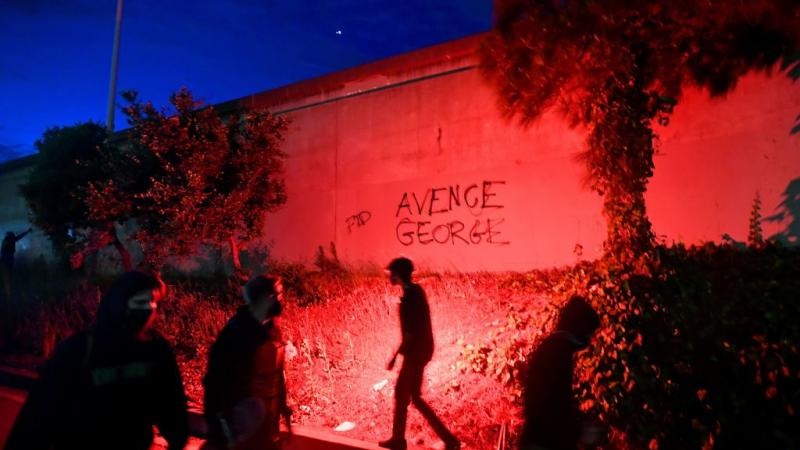 A long, hot summer and autumn of protest against plutocracy and fascism is coming. Millions of Americans are going to mask up, rise up, and invent some radically new form of mass democratic politics — and this new politics is going to inspire other democratic uprisings all across the world.

[1] David Harvey named the politics of this dream neoliberalism, while Yanis Varoufakis described its economics the Global Minotaur.

[2] It should be noted that this occurred in the heart of Minneapolis-St. Paul, the Twin Cities of Minnesota, an urban agglomeration with a combined population of about 3.6 million. Minnesota is a northern state on the border of Canada, with no history of slavery or Jim Crow segregration. Politically, the Twin Cities are among the most progressive in the United States and routinely elect Democrats. Yet the systematic police violence against African Americans, Latinx Americans, poor whites and immigrants in the Twin Cities has been as atrocious as anywhere else in America.

All Images taken from internet.