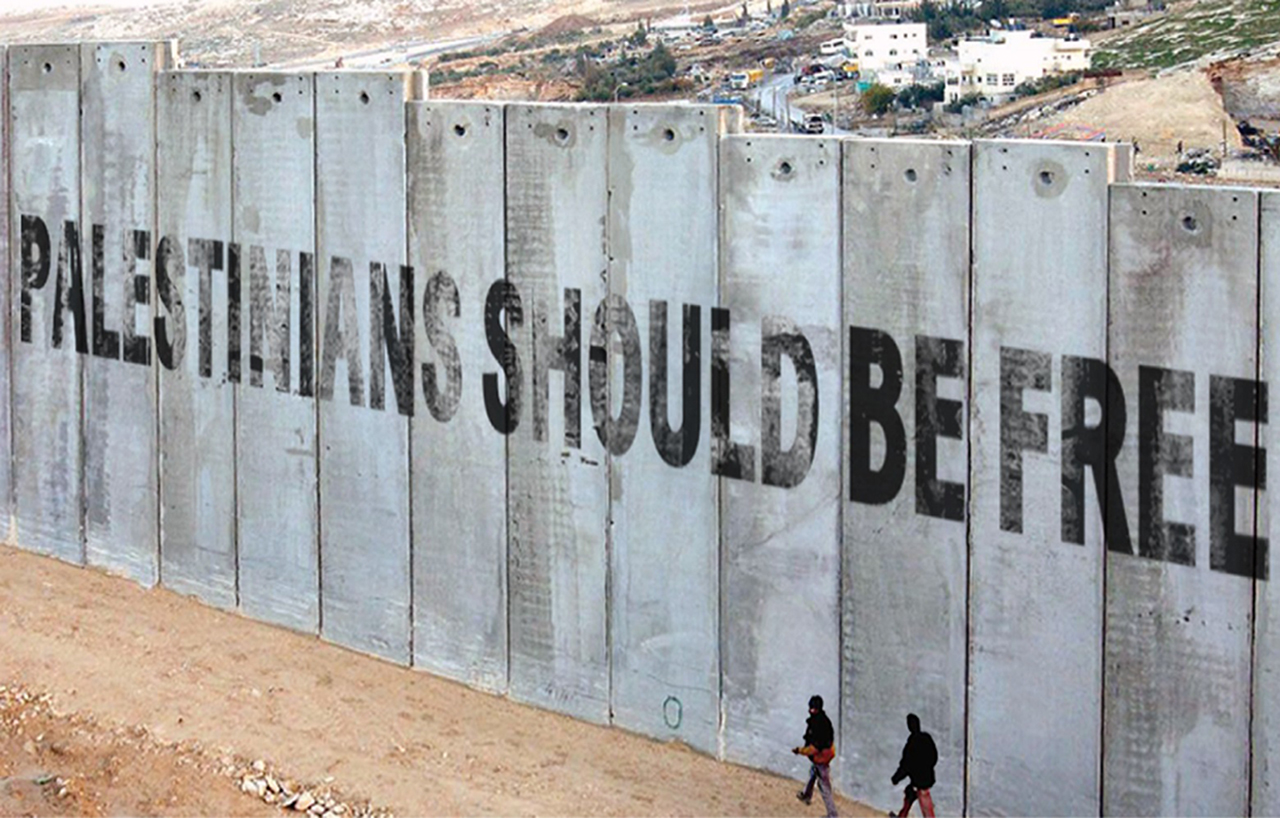 ‘We Will Return’: 72 Years of Nakba and the Continuing Destruction of Palestine

15 May 2020, marks the 72nd anniversary of the Nakba (Catastrophe) in Palestine. In 1948, Zionist militants destroyed 531 Palestinian towns and villages and took control of an additional 774. More than 800,000 Palestinians were ethnic cleansed and forced to become refugees in the neighboring countries. Yet, the Nakba did not end in 1948. It is the ongoing story and plight of the Palestinian people, and is likewise a motivation to continue the steadfastness and resistance of the Palestinian people, writes Utsa Sarmin.

Nakba, or catastrophe in Arabic, is commemorated every year a day after Israel celebrates their “independence” on May 14. While Israelis celebrate their apparent independence from Britain, the Nakba is a day for Palestinians to mourn the deaths of family members, the loss and appropriation of Palestinian lands and homes, and the reality that Palestinians have never been given what is their natural right: the right to return to their homeland.

The Nakba is a time to reflect on the continuing plight of the Palestinian people, particularly, the 1967 war and Israeli occupation, followed by unrelenting and blatantly illegal establishment of Israeli settlements in the West Bank, including Jerusalem. There is a dire need for the recognition of not only the catastrophes during the 1948 Nakba but also for the cessation of the continuous and remorseless attacks Palestinians endure every day under Israeli occupation.

Every year Nakba is marked by protests, demonstrations worldwide. This year due to the pandemic holding the world hostage, Palestinians took to the virtual world to commemorate the day their homeland was occupied. Even amidst the pandemic, there is news of Israeli and US plans for the annexation of West Bank settlements, Jordan Valley and North of the Dead Sea, subsequent to Trump’s so-called Peace Plan, which he dubbed as the deal of the century. The pandemic has emboldened the colonial power to annex Palestinian territories to build up more illegal Israeli settlements. This is in flagrant violation of international laws and United Nations Security Council Resolutions. It is being done to complete the Israeli colonization process and an attempt to rob Palestinian people of their land, history, identity and culture.

In the face of such extreme hostility by the US backed Zionist regime, Palestinians continue their struggle for self-determination and right to return. The steadfast and resilience shown by the Palestinian people is unparalleled and demonstrates their remarkable courage. Palestinians refuse to be forgotten.

On this day, it is important to revisit the history of the Nakba. According to an Al-Jazeera documentary, the origins of Nakba began two centuries prior to 1948. In 1799, Napoleon Bonaparte besieged the city of Acre in a bid to defeat Ottomans and establish the French regime in the regions. To secure allies for his territorial gains, Napoleon wrote a letter to the Jews under French protection, offering them Palestine as their homeland and asked them to “rise up” against their “oppressors.” Napoleon was defeated but his idea of Palestine as Jewish homeland was picked up by the British years later. 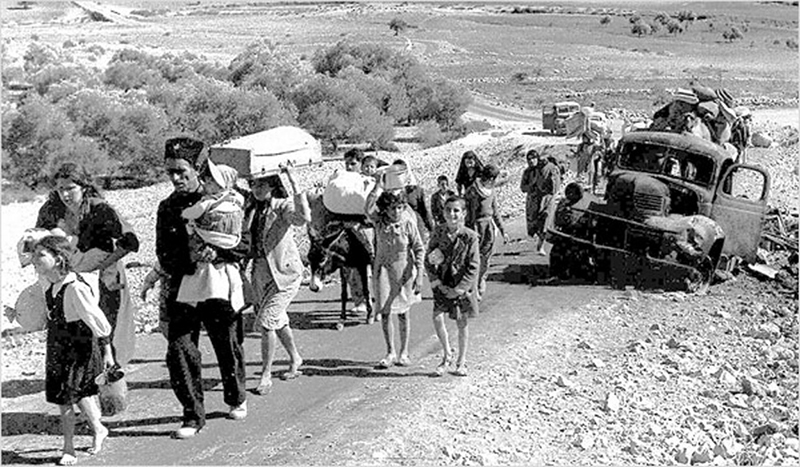 British colonized Palestine in 1917 and withdrew in May 1948. The country’s foreign secretary Arthur James Balfour had issued a secret promise in 1917 “to favor the establishment in Palestine of a national home for the Jewish people”, which is renowned as the widely condemned Balfour Declaration of 1917. The colonial power kept its promise and encouraged by Britain, Jewish people immigrated to Palestine en masse. In April 1936, the local Palestinians started a national strike against the immigration and Britain’s alliance with the Zionist movement. They were met with force which killed over 190 Palestinians during six months of the strike. Palestinian leaders, bowing to pressure from Arab leaders, ended the strike and met the British Royal Commission of Inquiry headed by Lord Peel.

Later, the Peel Commission recommended partitioning Palestine and establishing a Jewish state resulting in a mass uprising. Between 1936 and 1937, the British colonial force murdered over 1,000 protesters.

In 1947, the United Nations General Assembly devised a plan to partition Palestine into two states. According to the plan, the Jewish state was to be given 56 percent of Palestinian land. After the resolution was passed, the U.K. withdrew from Palestine on May 14, 1948, which is celebrated as the day of “independence” by Israel.

What ensued after the “independence” was ethnic cleansing, seizure of more lands from Palestinians. 400,000 Palestinians had been forced out of their homes, towns and villages within two months i.e. by the end of July 1948. Over the next seven months, the number doubled to 800,000 Palestinians. Israel destroyed 531 villages and depopulated 11 neighborhoods. This brutality was described as a crime against humanity by Israeli historian Ilan Pappe.

Palestinian activists and academics, as well as the Palestinian leadership, blame colonial Britain for the apartheid that ensued after the foundation of Israel which is still forcing Palestinians out of their rightful homes through illegal settlements in the West Bank and previously in Gaza. While the U.N. resolution 194 of 1948 granted the rightful return of all Palestinians to their homes, Israel has publicly refused to abide by it for decades.

Israel, despite the Oslo accords in the 1990s which included the agreement to establish a Palestinian nation within two years and the right of return of the refugees, has so far frustrated all efforts of peace talks through the refusal to abandon its colonial settlement building in the West Bank and instead using the post-Oslo Palestinian authority as a policing force for the occupation.

Decades of Israeli occupation, expansion and disregard for Palestinian rights in the West Bank and Gaza, which is home to the biggest Palestinian refugee population while having been under Israeli military blockade for more than a decade, ignited the ‘Great March of Return’ in Gaza in 2018 which killed countless Palestinians over the last two years. Nakba brought an unprecedented suffering in the lives of Palestinians but the atrocity unleashed by the colonial power could not control their yearning to return to a place they call home. In the words of activist and poet Remi Kanazi:

“We will return.
That is not a threat
not a wish
a hope
or a dream
but a promise.”

The author is a researcher and an independent journalist.