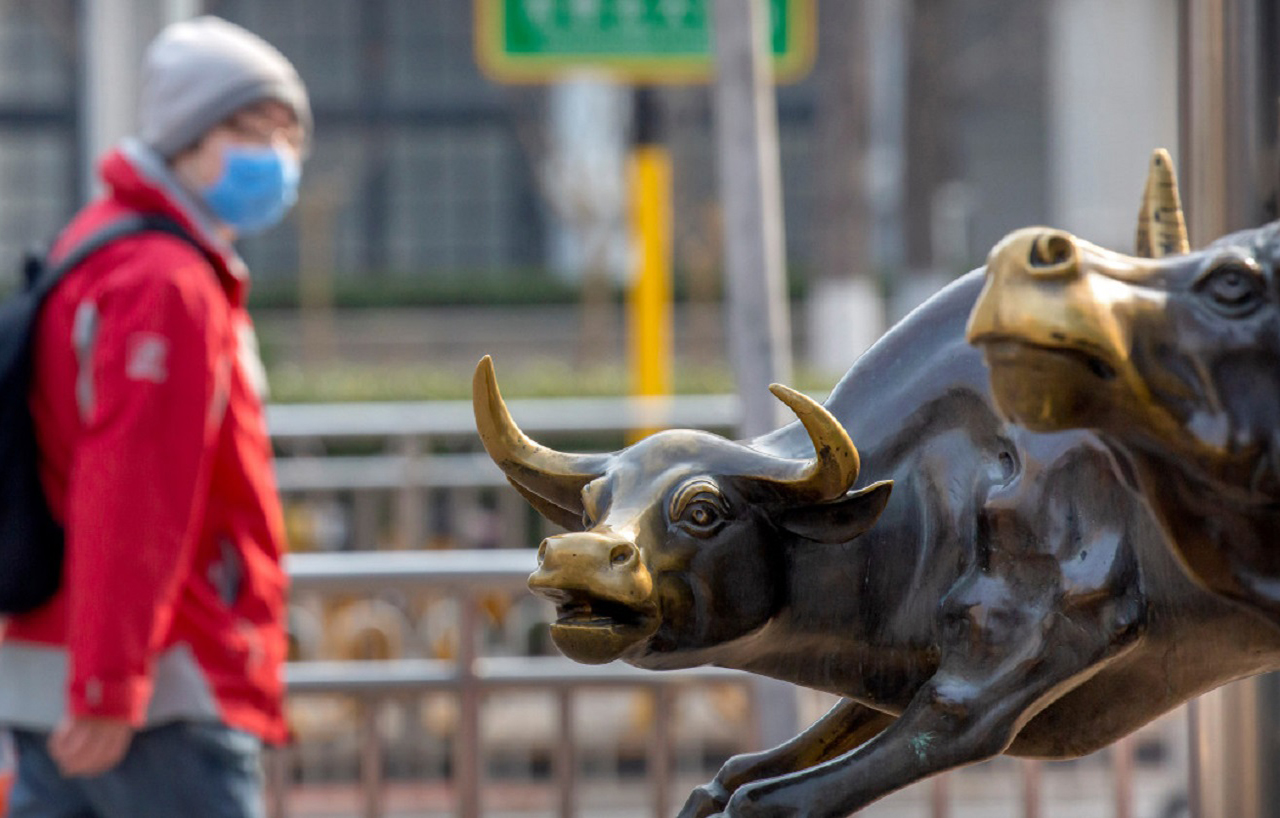 We must build a global commons which maintains our natural and social wealth and distributes it fairly and democratically, or kleptocrats and death-cults masquerading as governments will destroy the world economy and the entire ecosystem, writes Dennis Redmond.

After a pandemic-scarred spring which has seemed like decades, a century of change is coming to America this summer.

There are two crises driving this change, the immiseration of the eight billion workers of the world by two thousand billionaires, and the ongoing climate catastrophe. The pandemic did not create either crisis, but it pushed both beyond the breaking point.

Economies everywhere are in full-scale depressions, hundreds of millions of people are unemployed, while the world is learning the painful lesson that you can’t have a functional global economy without a functional healthcare system for everyone on the planet.

To understand why 2020 is going to be a summer of change, it is worth reflecting on the historical similarities between the post-1914 epoch and our own post-2008 era.

The heart of the Minotaur was a series of titanic debt bubbles, which compensated for the loss of all those high-wage jobs. The biggest of these bubbles included the Japanese Bubble of 1986-1991, the US dotcom bubble of the late 1990s, and the US mortgage securitization bubble of 1995-2007. These bubbles boosted household debt in the United States from 45% of GDP in 1973 to 98.6% of GDP by 2007.

The Global Minotaur generated juicy profits for the plutocrats of the US, Europe and Japan, as well as the elites of China and other industrializing nations. But the Minotaur had one fatal weakness. It had to issue more and more debt to create enough consumer demand to keep those outsourced factories running. Eventually, the sheer amount of debt would overwhelm the repayment capacity of consumers. Banks would cut back on lending, consumers would stop borrowing, the outsourced factories would have no customers — and the whole system would crash.

That is exactly what happened in 2008. When the total amount of consumer debt finally stopped growing, the Global Minotaur had a heart attack and died. It left behind trillions of dollars of worthless debt, and vast numbers of factories with no customers.

In response, the biggest central banks of the world — representing polities which generate two-thirds of world economic output[1] — cut interest rates to zero.[2] This stopped the downturn from getting worse. But it didn’t solve the deeper problem that the Minotaur had died and nothing had taken its place.

Since the end of the 2008-2009 Great Recession, the world has suffered from a decade of painful post-Minotaur stagnation. Profits for plutocrats continued to rise, and wages for workers continued to fall. But this time around, there was no Minotaur to pump up consumption via debt. Everyone feels miserable these days, because literally everyone is being immiserated.[3]

The progressive transnationalisms include the 2011-2013 Occupy and Arab Spring movements, the post-2014 West Asian democratic revolutions of northern Syria and Ukraine, the post-2015 anti-austerity protests of Europe, the post-2016 anti-kleptocracy protests of the US, and the post-2019 worldwide climate extinction protests.

The transnational revanchisms include Far Right populisms and repressive governments which scapegoat ethnic, linguistic, confessional or economic minorities for the problems caused by plutocrats, e.g. Bolsanaroism in Brazil, Brexit in Britain, Erdoganism in Turkey, Modism in India, Putinism in Russia, Trumpism in the US and Xiism in China.

Back in the fall of 2019, the economies of the United States, Europe, China and India — three-fifths of the world economy and almost half the planet’s population — were already showing the initial signs of a deep recession. The pandemic turned this recession into an instant depression, as quarantines vaporized the ten percent of the world economy based on tourism, recreation, social gatherings and travel.

The good news is that the quarantines are working, thanks to the billions of human beings who are wearing masks and washing their hands, a vast expansion of emergency public services, and massive state intervention in the economy. Testing is ramping up, the rate of new infections is dropping, and the total number of daily deaths has begun to decline worldwide. Over the next two months, the quarantines will ease and the world will experience a limited stabilization.

But stabilization does not mean a return to the world of 2019. The pandemic has burned a $9 trillion-sized hole in the world economy, hundreds of millions of people are jobless, every major financial system on the planet is now effectively state-owned, while every government on earth is scrambling to provide their citizens public healthcare and emergency services. The plutocratic order has failed medically, logistically, psychologically and economically — the equivalent of a total systems crash.

Popular anger against the plutocrats has been building in the United States for some time, thanks to the amazing work of the Bernie Sanders campaign, economists such as Matt Stoller, citizen journalists such as Sarah Kendzior, and mainstream journalists such as Anand Giridharadas. In fact, the sheer proliferation of radical voices via podcasts, Youtube channels and other forms of online media over the past two years is comparable in its speed and scale only to the explosion of audience-generated content by videogame fan communities between 2017 and 2019.

All this media is having an effect. The latest polls show an unprecedented seven out of ten Americans want universal healthcare, i.e. Medicare for all. For the first time in living memory, a significant majority of Americans now support heavily taxing the plutocrats, rebuilding America’s miniscule welfare state, and raising the minimum wage to $15 per hour rather than the current $7.25. Most striking of all, mainstream American voices are now turning against plutocratic inequality.

That is why an insurrection is coming to the United States. As the pandemic recedes, it will reveal a landscape of unprecedented economic calamity. By this summer, at least one in five Americans will be jobless, one in six will lose their healthcare, and one in seven won’t be able to pay their rent. But America’s criminal and kleptocratic elites will not lift a finger to help them.

In response, America’s 330 million citizens will mobilize. They will demand healthcare for all to save lives, wage support to save the economy, and massive investment in a Green New Deal to save the planet. Whereas the 2011-2013 protests were primarily symbolic in nature and sporadic in duration, the uprising of summer 2020 will be primarily economic in nature and will usher in a permanent change in the political landscape.

This change is the end of the plutocracy of the two thousand billionaires, and the beginning of the democracy of the 8 billion workers of the world. The uprising of summer 2020 will begin in America, but it will spread to the whole world.[4]

In the past, we lived in hundreds of different national polities and thousands of smaller communities. Today, each and every one of us must begin to think and act like citizens of a polity called Earth.

We are one planet, one economy and one world.

We must build a global commons which maintains our natural and social wealth and distributes it fairly and democratically, or kleptocrats and death-cults masquerading as governments will destroy the world economy and the entire ecosystem.

We are all in this together.

[2] The US Federal Reserve kept interest rates at close to zero for an unprecedented seven years between November 2008 and November 2015. After raising interest rates briefly between 2016 and 2019, the Federal Reserve slashed rates in the summer 2019 back to zero. The European Central Bank reduced its main rate from 3.75% in mid-2008 down to zero by mid-2014, where it has stayed for six years. Meanwhile, the Bank of Japan reduced its main rate from 0.75% in 2008 down to near zero in April 2009, and has kept rates there for eleven years. Most recently, the Bank of China reduced its interest rate from 4.14% in October 2008 down to 2.9% in 2016 and has kept them there ever since. Since China’s average annual inflation rate was 2.9% in 2019, this means the effective cost of borrowing money for Chinese firms has been zero for at least two years.

[3] The one apparent exception to this stagnation — China’s 2010-2019 economic expansion — only proves the rule. China kept growing thanks to its state-engineered 2008-2018 real estate bubble, which doubled private debt in China from 105.2% of GDP in 2007 to an unsustainable 207.8% by 2018. This was a smaller version of the Global Minotaur’s titanic debt bubbles, and when it ended in 2019, all of the African, South American and West Asian commodity exporting nations which depended on Chinese demand plunged into crushing recessions. China’s workers are now experiencing exactly the same wage stagnation the rest of the world has endured since 1973.