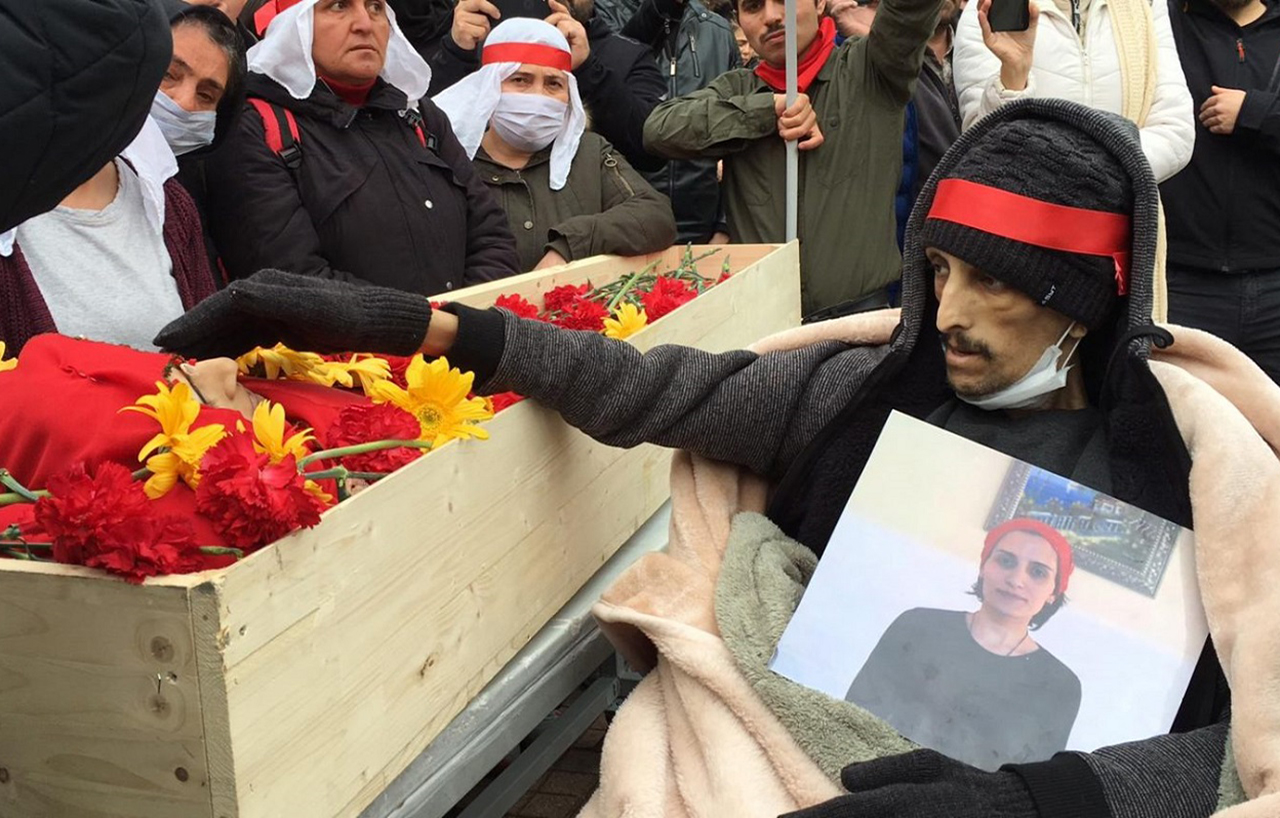 Ibrahim Gokcek, a member the radical left-wing Turkish band Grup Yorum, died on May 7, in a hospital in Istanbul after 324 days of death-fast. Gokcek had ended his hunger strike on May 5 and was taken to hospital for treatment. His death follows that of fellow band member Helin Bolek on 3 April, and ally Mustafa Kocak on 24 April.

In 1993, a truck carrying copies of Grup Yorum’s Album “Cesaret” was shot upon by the Turkish security forces. In the process, the copies of the album were deliberately broken into unrecognizable shards. This attack on the artistic object, in lieu of the artist, is not new in the history of fascism or dictatorships. One can refer to the Nazi book-burnings in Germany and Austria of the 1930s, the issuing of an arrest warrant by the then President of Kenya, Daniel Arap Moi, in 1987 for Matigari, a novel by Ngugi wa Thiong’o. Of course, the members of Grup Yorum are not strangers to state repression.

In the period following the failed 2016 coup, the members of the group had been hunted down, placed on terror watch list, arrested and the group banned. It is in the context of such severe repression of the Erdogan regime that we need to place the death-fast that the two members of the group Ibrahim Gokcek and Helin Bolek, which they had begun on May 17, 2019.

Bolek died on the 288th day of her fast, on April 3, 2020. Gokcek, died yesterday, on May 7, 2020, two days after he had ended his fast, based on the promise of the current government to let the group perform again in the country. Gokcek, in all, had conducted a 323 day hunger strike. At the time of his death, Gokcek was 41 years old, and he was one of the bass guitarists of the Grup Yorum group.

The death-fasting Grup Yorum members have the following demands:

* Remove the ban on the concerts of Grup Yorum, all concerts of which have been banned for almost three years.

* End the police raids against İdil Cultural Center, which is constantly raided, and where the group is conducting its activities

Bolen and Gokchek’s deaths communicate to us certain realities about current fascist regimes — lives of dissenters are dispensable. Consequently, the ethical-political premise upon which hunger strikes have often been historically conducted, as a significant strategy to put pressures on the governments, do not seem to be effective in that way anymore. One can think of the ruthless arrests that the current regime in India have recently conducted, using draconian laws, which were often originally weapons of the colonial administration. At the same time, the word “terrorist” has become a homogenized, blanket word which has been used by the regimes all over the world to throttle any kind of serious dissent and resistance.

Grup Yorum had especially been victimized because of their alleged links to Revolutionary People’s Liberation Party/Front (DHKP-C), a Marxist-Leninist group. In many ways, then, the repression that was mounted upon them by the Turkish state, testifies to a general Fascist fear of the Left, and the committed artists, who often subscribe to radical left ideologies. It would not be an exaggeration, then, to say, their arrests, the ransacking of the cultural centre that the Grup Yorum had constructed, by the Erdogan regime, falls in the same fascist continuum which began with the burning of books written by Karl Marx and Karl Kautsky in 1930s Germany and the recent proposal in India to ban trade unions and labour activism altogether.

Ibrahim Gokcek and Helin Bolek will be, then, remembered, not only as popular folk artists, who made complex socialist politics accessible to the people through their music, but also because they are artists, who did not hesitate to take a political stand. They literally put their bodies on the line. As much of a cliché as it sounds, Bolek’s and Gokcek’s memories would continue to inspire those who continues to build up resistances against fascism, sometimes at a great geographical remove from their original national contexts in Turkey.