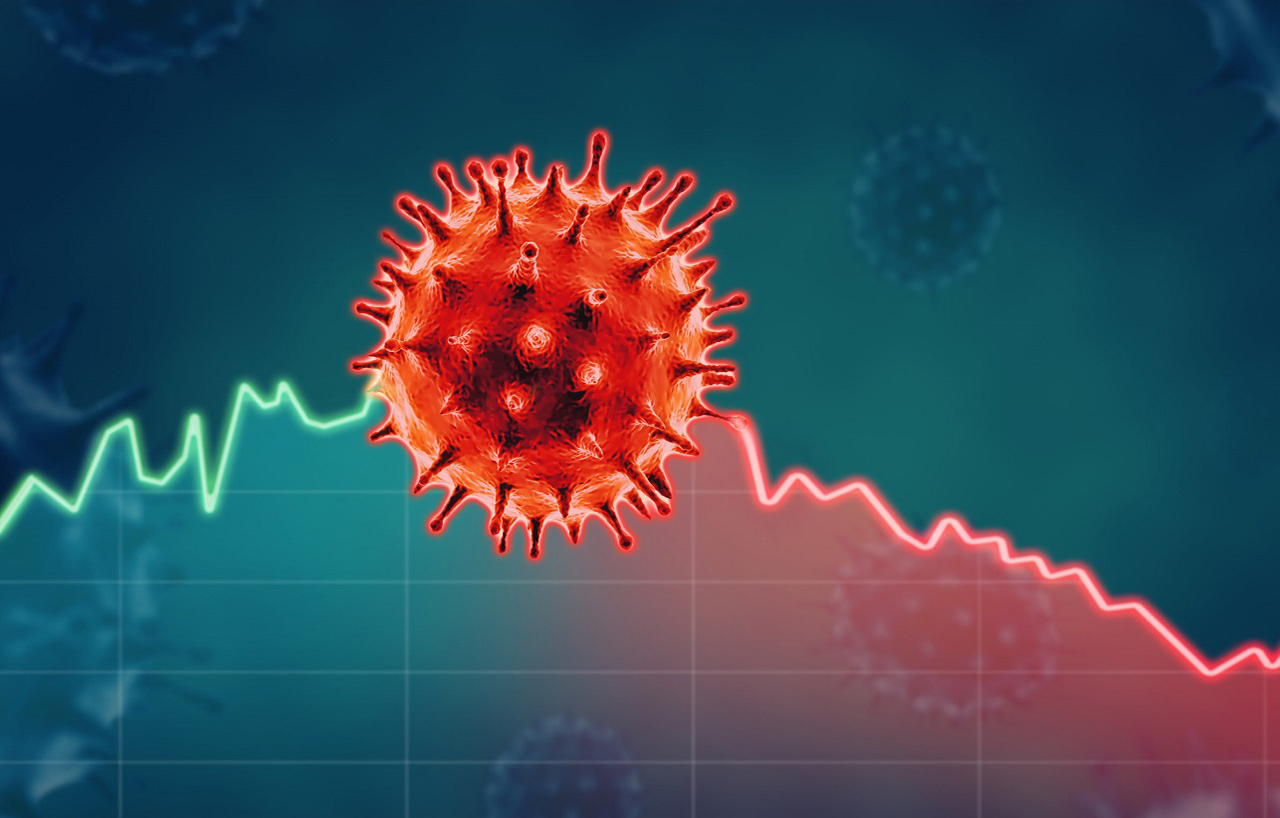 The choice is now between the collective suicide of fascism, death-cults which threaten the extinction of our entire species, or else the planetary democracy of the 8 billion — the sharing of medical resources, environmental technology and the world’s wealth by the workers of the world, writes Dennis Redmond.

But whereas 1929 was the prelude to the most destructive war in human history, the only thing which is doomed in 2020 is the capitalist world-system itself. To paraphrase Alexandra Ocasio-Cortez’ brilliant remark, the pandemic poured kerosene on every slow-burning crisis of our planet, setting everything on fire.

Scientists have been warning for decades that the massive expansion of human settlements into natural forests and plains, combined with the expansion of travel and trade links connecting the world, created the potential for disastrous pandemics. Adding to the potential for mayhem, many industrializing nations have been underinvesting in public healthcare. As it turns out, the crisis has revealed that most fully industrialized nations invested far too little in protective equipment such as masks and gloves, as well as crucial devices such as respirators. The pandemic has been worsened by the fact that many US and European countries were culturally averse to wearing face masks, even though they are one of the cheapest and most effective ways to halt transmission of the virus.[1]

Our planet is now locked down in a gigantic quarantine, in order to slow down the spread of the disease. Most forms of tourism, travel, sports events and other social gatherings are temporarily banned, while restaurants, bars, gyms, and schools are closed. This massive planetary campaign is beginning to work, giving us much-needed time to produce protective and medical equipment and to deploy systems of virus testing. It has also convinced ordinary citizens to wear masks in public at all times.

However, the lockdown has also shattered the global economy, for two reasons. First, the World Travel and Tourism Council have estimated that tourism alone generated 10.4% of world GDP in 2019, creating $8.8 trillion in output and 319 million jobs. Given that the pandemic has also closed down most of the planet’s malls, hotels, museums, restaurants, coffee-shops and airports, the crisis has disrupted at least $13.2 trillion of potential economic output, or roughly 15% of world GDP. This is the biggest short-term economic shock in modern industrial history.

Second, the COVID 19 crisis is hitting the United States especially hard. The United States has long had the smallest welfare state, the most outrageously corrupt system of corporate medical insurance, and the worst corporate pharmaceutical monopolies on the planet. As a result, American society is uniquely vulnerable to the pandemic, as well as to the economic effects of the lockdown. COVID19 has already sickened hundreds of thousands of Americans, killed tens of thousands, and thrown 16 million out of work — and the worst is still to come. The net result is that the US economy is teetering on the brink of an unprecedented meltdown.

This is a huge problem for the world, because US shoppers have been the world’s biggest source of consumer demand for the past decade (e.g. 2017, US consumers generated four times as much global demand as China and 40% more than the European Union). When the US stops buying things, the entire planet goes into a recession.

Back in March, many analysts had expected China’s economy to shrink 9% due to the pandemic. But the collapse of the US economy threatens to unleash a doom loop of incalculable proportions, wherein the US, China and the EU all drag each other down just like the cataclysm of 1930-1933.

This doom loop is not just economic, it is also political and cultural. Almost every nation on earth has reported a rise in virus-related xenophobia, as terrified citizens unfairly scapegoat external foreigners or internal minorities for the disaster. Repressive regimes around the planet are using the crisis to seize even more power, while the unelected and wholly incompetent thug occupying the US White House pressured India into allowing a drug called hydroxychloroquine to be exported to the US. The drug has turned out to be completely ineffective against the virus, and the French hospital prescribing it has stopped its use after the drug caused heart attacks in certain patients, but the episode was a transparent case of biomedical colonialism.

To stop this doom loop, the world must do two things right now. First, we need a massive expansion of public health care, in the form of free testing, treatment, the wearing of publicly-provided masks by all citizens, and health policies modeled on South Korea’s system of mass testing and Taiwan’s innovative neighborhood containment strategy.

Second, we need an equally massive program of public spending to rescue the world economy. By the end of March, the governments of the world announced $5 trillion of emergency spending. On April 8, Japan announced a $1 trillion stimulus package. However, the total of $6 trillion is less than half of what will be needed to compensate for the loss of $13.2 trillion of output.

The titanic scale of the interventions required to save hundreds of millions of lives and rescue the planetary economy means there can be no return to the world before the pandemic. In the United States, the impact of COVID19 has driven an unprecedented radicalization of the electorate, e.g. a significant majority of Americans now support Medicare for all (universal health insurance) and other social protections. While Bernie Sanders has ended his campaign, his socialist message has become a mainstream feature of American politics for the first time since the early 1940s.

There is a similar radicalization happening in many European countries. Germany is spending close to $800 billion to halt the virus and backstop the economy, Spain is introducing universal basic incomes for its citizens, while the rest of Europe is dramatically expanding the same welfare nets which Europe’s corporate elites have been trying to destroy for decades. Similarly, Singapore, Taiwan and South Korea are spending enormous sums to protect their citizens and stabilize their economies, while innovating new techniques of public health tracking, mass testing, and prevention (e.g. the use of face masks) which will save millions of lives around the world.

Perhaps the most important aspect of the pandemic is that it has forced billions of human beings to wake up to the reality of our planetary crisis, i.e. to acknowledge the fact that most of our world was already on fire even before COVID19.

The choice is now between the collective suicide of fascism, death-cults which threaten the extinction of our entire species, or else the planetary democracy of the 8 billion — the sharing of medical resources, environmental technology and the world’s wealth by the workers of the world.

[1] COVID19 is spread by droplets expelled by coughing and sneezing, and while masks do give you significant protection against other people, they are extremely effective at protecting other people from you. Since many people infected with COVID19 show no external symptoms, the only way to stop the pandemic for good is to break the chain of droplet-borne transmission. Everyone on the planet needs to wear a mask for the next year for the sake of their neighbors.