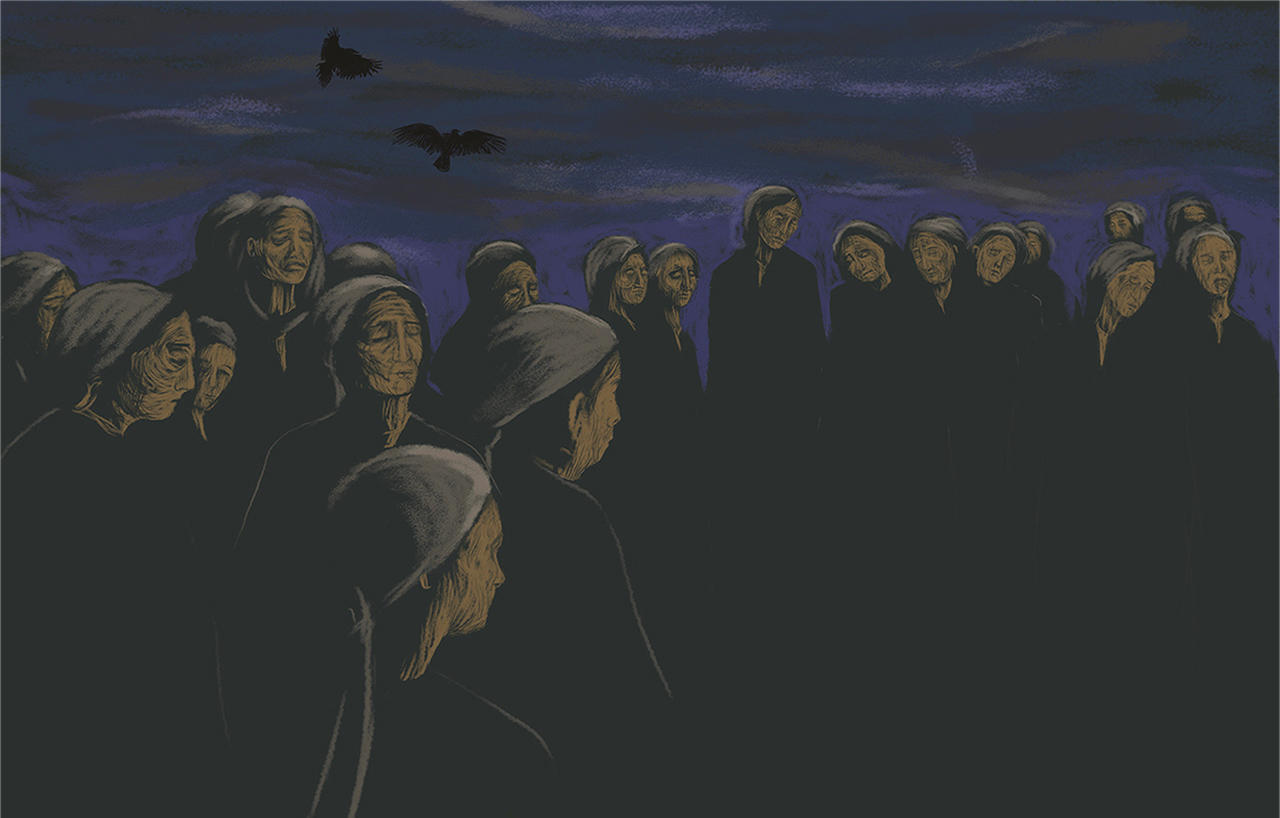 What the present days mean to Kashmiri women

With ‘normalcy’ slowly limping back to Kashmir after around seven long months, the ghosts of what has been happening and what recently happened in Kashmir will continue to haunt the women of Kashmir. The women here not only deal with the societal issues, but also get an ever-rising share of grief due to the conflict, writes Marouf Gazi.

Every now and then, women empowerment schemes like “Beti Bachao, Beti Padhao” and “Pradhan Mantri Matru VandanaYojana” (PMMVY), a maternity-benefit program, are launched in Kashmir. A lot is vaunted about how much the authorities are thinking about assisting women. But, how useful would such programs be if the women are depressed? If on a daily basis young and old women are dying, if they bear the torture that conflict brings with itself apart from the usual societal issues like eve teasing, domestic violence, rapes and murders, can such programs be really effective?

The housewives, entrepreneurs, doctors, engineers and teachers get dressed every morning, thinking they might not return back home. They feel they might get killed in a grenade attack or a crossfire. At present, the situation is nothing like it has always been or how it was before August 4, 2019, when the Union government’ announced its plan to scrap the special status of Jammu and Kashmir’s under Article 370.

Recalling the time when her teenaged son was arrested by the police during a nocturnal raid in September 2019, a Kashmiri woman Zainab (name changed), living in Srinagar says, “We live in the city and my son was taken away and we were standing there, helpless. I wonder what the women in villages have to go through where the forces can do whatever they want to.”

Zainab says, the family had to wait for around a month to get their son back home and since that day, she gets nightmares about the incident.

“I often wake up in the middle of the night with a dry mouth and teary eyes. I see them taking away my son. I bother him by asking him to sleep in my room so that I know he is safe. Even when he leaves home now, even when things are normal, I keep calling him again and again. I keep thinking something might happen to him,” shares Zainab.

While Zainab’s son was arrested, the internet and communication were blocked. Many other women suffered worse than her. However, the women entrepreneurs who had started afresh, are dealing with set-backs of their own. According to Dr Arif Maghribi Khan, a Kashmiri psychiatrist says, 80 per cent of the cases he deals with, concern women.

“The psychiatric conditions of women are worsening as per my experience. Many women who had started working on a small-scale level in factories or online, their work came to a halt as their employers were also in an unsustainable condition. Many women among these have been patients of depression and anxiety as it is, due to domestic violence or the conflict. They were recovering, but after August 4, almost all of them experienced a relapse,” says Dr Khan.

One of the patient, Dr Khan had counselled was Firdousa (name-changed). He says, she has three daughters to sustain and her husband would often beat her up. So much so that she was compelled to see a psychiatrist around three years back.

“We had counselled her as to what would happen to her daughter if she gives up on life and she had started to regain her calm and had learned how to deal with her abusing husband. However, she recently came back and she was back at square one!” exclaims Dr Khan.

Firdousa’s husband is a street vendor. She herself was selling her paper mache products online and was earning well enough. During the recent clampdown for around 7 months, the earnings of her household had suffered.

“This had triggered her husband’s frustration, who does not nod to the fact that he himself has issues. Most men here don’t. At the end of the day, the males cannot talk back to the Armed forces or military men. So, they let it out on their wives,” he says.

“He had started beating her again and now she seems to have lost it,” adds Dr Khan, hoping her condition like that of other females would get better after the internet and normal life is restored.

According to Subreen Malik, a Srinagar-based advocate and founding member of Kashmir Women’s Collective (KWC), her work as a lawyer and an activist has increased by ten times since August 4. While the conflict has an impact on women, the women who deal with issues like domestic violence feel an urge to get their basic rights with dignity.

“For them, thinking about conflict is secondary. Thinking about it to them is a luxury,” says Malik. Sharing her experience of the past 7 months, she says, “For around 15 days, I could not leave home. During the communication blockade, the victims of domestic violence, who we at KWC were dealing with, had faced tremendous brunt at the hands of their husbands or in-laws.”

“The victims have started to come to my place and most of them have been mercilessly beaten up by their husbands, some among them were thrown away from their homes,” she adds

“We still get so many cases. In all these months, I have not been able to catch a breath. It took me around 3 months to get an accused jailed in a dowry death case of a 3-month pregnant woman.” While the world thinks things are getting better for Kashmiri women, Malik sees no significant developments on the ground.

If you ought to understand the present situation of women living in Kashmir, a conflict-ridden zone, nothing can explain it better than an old story in which a man would take good care of his sheep. He would feed it well, clean and love it, all day long. However, at dusk, he would show the sheep his knife and make gestures, as if he would kill him anytime. The sheep never gained weight. In fact, it died. That is exactly what is happening to the women in Kashmir.

(Views expressed in the article are author’s own.)

A Srinagar-based journalist, Marouf Gazi is the recipient of the 2019 NWMI fellowship. She is a staff writer at the Srinagar-based weekly, Free Press Kashmir.