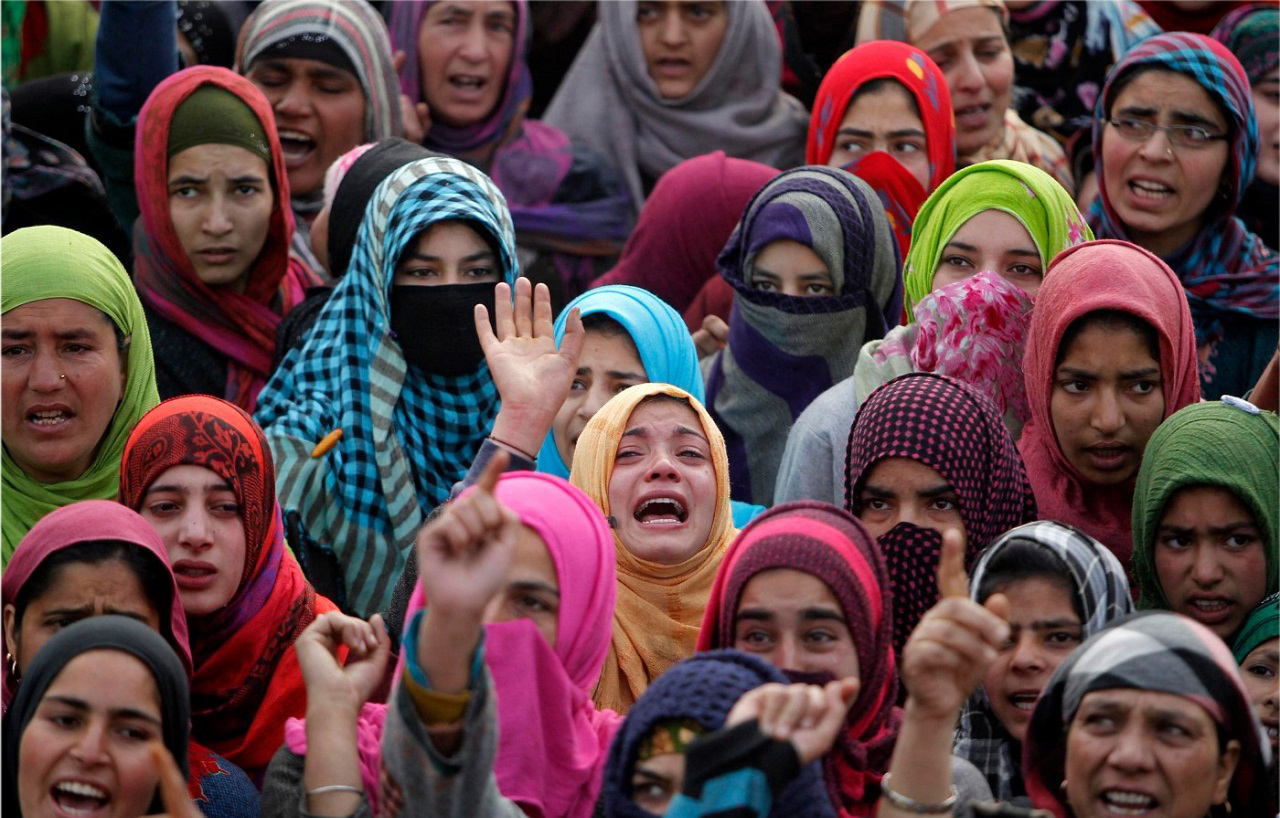 Twenty-nine years have passed since the residents of the twin villages of the Kupwara district in Kashmir — Kunan and Poshpora — were subjected to mass rape and torture within the walls of their own homes by the Indian armed forces. With no substantial development in their entreaty for justice against their alleged rape and torture by the Indian armed forces, the villagers continue to be resilient and patient, placing their hopes in the Indian judicial system “only to ensure no one ever suffers like them.” An article by Marouf Gazi.

On the night of February 23, 1991, Kunan and Poshpora witnessed the heart staggering brutality of mass rape and sexual torture. Since then, the incident is cited as an example of the Kashmir conflict in conferences. However, the day is annually remembered as the Kashmiri Women’s Resistance Day.

According to Khurram Parvez, a Kashmiri Human Rights activist and Chairperson of the Asian Federation Against Involuntary Disappearances and Program Coordinator of the Jammu and Kashmir Coalition of Civil Society (JKCCS), the villagers had to first assemble and protest in 1991 just to file a First Information Report (FIR) against the Indian Army. The case lay in shambles for years as the voices of villagers remained unheard from successive Indian governments. Eventually, the villagers approached the State Human Rights Commission (SHRC). Years later, the commission had asked the government to pay compensation to 40 rape survivors and carry out investigations.

According to a Facebook post shared by Parvez, around 50 activists had filed a Public Interest Litigation in the Jammu & Kashmir High Court for investigation into the Kunan Poshpora mass rape case. The investigation was supposed to be carried out within 3 months, as per the instructions of the Sessions Court in Kupwara. However, no investigations were carried out. This in turn forced the victims to approach the High Court.

“The only important development that took place after 1991 was in 2015 when the case was being heard by the High Court’s Division Bench. Two judges were hearing the case and they had given the government time to explain the delay in the verification or handling the compensation of the victims. Meanwhile, surreptitiously, the Army approached another Judge in the same court: Justice Tashi Rabstan,” recalls Khurram.

Adding, he says, “The case was in the Division Bench and the petition should have been clubbed with the bench. Despite being aware of the case, Justice Rabstan passed an ex-parte stay order on the investigation, favouring [the] Army.”

The victims, he says, were also not called or approached in any way. Immediately after this, the Army approached the Supreme Court and filed another case. Countering the move, in 2016 the victims also filed a petition against the stay order and since then, Khurram says, “They only get new hearing dates in the Registry only [sic] and not even a single date in the Open Court.”

The case came into the limelight once the members of JKCCS recorded the stories of around 40 rape victims from villages in Kupwara district. The documentation was presented in the form of a book titled “Do You Remember Kunan Poshpora?” in the year 2016.

A preview from the book reads:

“Women were caught and held by a minimum of 5–6 army men as their husbands, fathers and sons were forcefully separated from them. Pushed to the walls, they shouted and screamed for help, for mercy. Their screams were not answered. Guns were pointed at their chests and mouths. They were told not to shout or else they would be shot. Army men were drunk, and were seen drinking during the operations. They smelled of liquor. They tore the women’s Pherans (long traditional gowns worn over the clothes). They pulled down their trousers and raped them. While raping them they continued to consume liquor. They took turns, and sometimes took two rounds of a particular house. The women resisted but in vain… Minor girls, those dumb and deaf, the physically handicapped, and the pregnant women were not spared either. Mothers were raped in front of their daughters. Grandmothers and their granddaughters were raped in the same room. The survivors said that they had bite marks on their chests, everywhere on their body, even on their hips. Many of them described bleeding from the mouth, from their private parts and from other injuries.”

Chasfeeda, a rape surviver has recollected her horror to a team of researchers from the JKCCS:

“They had kept the weapons on the ground while raping me. I refused to be examined by the military doctor and gave my statement to the police only, who came after seven days. I also produced leftover liquor bottles.”

According to Parvez, the victims were never hopeful when it came to the judiciary or the police or the J&K Government. They knew nothing would happen. “I will tell you, why they still continue to fight. Their only motive is never to let such incidents ever happen again in Kashmir.”

“If we don’t fight or raise our voices against these atrocities, this will become a routine/norm. And at least no one else will be raped,” they had told Parvez.

The campaign held by the victims, activists, and the JKCCS have had an impact at an international level.  “If the sexual crimes have lowered in Kashmir, the reason is the success of this campaign and discourse about it. The crime has not happened on such a massive level after that,” says Khurram, who believes the Kunan Poshpora mass rape case cannot be seen in isolation, since many other crimes have taken place in the valley where the accused have never received punishment.

“The state has been covering them. If the state gets interested in giving people the justice they deserve, it is not [a] big deal to prosecute the accused,” believes Parvez.

Marouf Gazi is a  Srinagar-based journalist, the 2019 NWMI fellow. She is a staff writer at Srinagar based weekly, Free Press Kashmir.