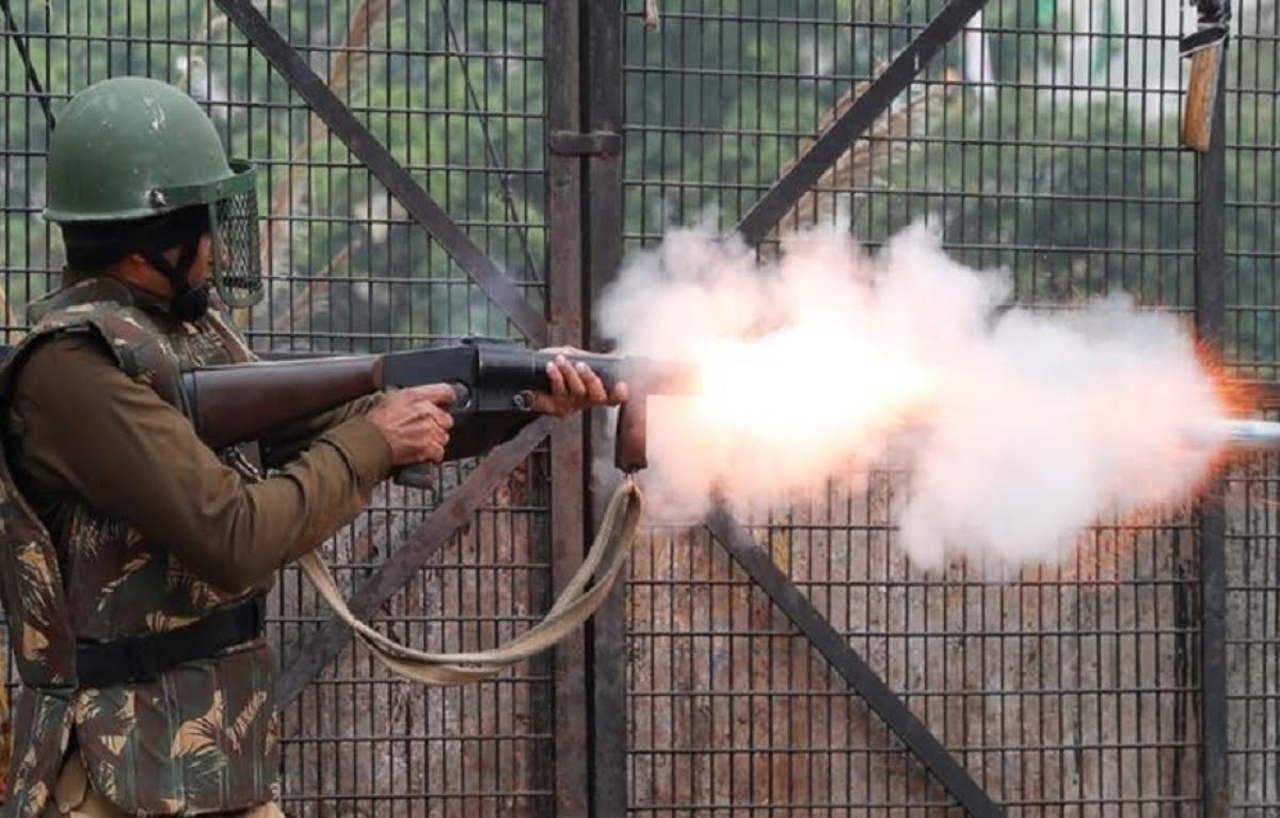 Violence in JMI and AMU: Right Wing Media Trial of the Muslim Subjects

The deep-seated and systematic anti-Islamic and Islamophobic hate campaign by RSS and BJP-backed media portals continue unabated. With specific reference to how protests started against CAA and NRC in the country and the police brutality that ensued, Arpita Jaya in this article attempts to specifically look at how the RSS and BJP-backed media portals have portrayed JMI and AMU, both being minority institutions and the muslim students leading the protests.

Protests are raging throughout the country against the recently passed Citizenship Amendment Act (CAA) and insistence by the government that it would be followed by a process of compilation of the National Register of Citizens (NRC). These protests have gathered steam particularly after police violence broke out in Jamia Millia Islamia and Aligarh Muslim University, two prominent central universities which are also minority institutions. There have been some media reports that have attempted to deconstruct the narrative of the police, especially in the case of JMI and AMU. However, most of the mainstream news media platforms and even some with a reputation of being ‘progressive’ have largely labelled these protests as a violent Muslim ‘reaction’ to a ‘democratic’ law. This is in addition to a virulent campaign launched by right wing platforms aimed at demonizing these institutions and students who are at the forefront of the protests.

Despite the wide circulation of videos on social media showing police hounding and brutalising students, the dominant narrative built by the mainstream media – in both print and on television – attempted to justify the police’s disproportionate use of force against students. For instance, The Caravan reported that The Indian Express printed pictures of students throwing stones and an image of a cop being injured. There were no pictures of any of the students’ injuries in the newspaper. The Hindu similarly used a similar picture highlighting the students’ ‘aggression’. The television channels mostly ran footage of students chasing television journalists and camera persons out of the campus. The epistemic biases of the mainstream media also become clear in their gaze when they covered such protests and ‘clashes’. Most of the footage and photos that come from such ground reporting come from the vantage point of the police. It then becomes easy to term such crowds of protesters as ‘mobs’ and protests marches and demonstrations as ‘rioting’. The internet shutdown across the country such as Assam and Uttar Pradesh have resulted in completely blocking out the people’s documentation of the police attacks.

The articulation particularly by RSS and BJP-backed media portals on the other hand declared the Muslim students taking part in anti-CAA and anti-NRC protests as “anti-social elements” and “bigots”. It was claimed in these portals that “they are opposing the Indian Government’s move to rehabilitate persecuted migrant population [sic] from Islamist countries”. Further, these media portals fabricated stories alleging that the ‘violent’ protesting students of JMI and AMU “pelted stones”, ‘destroyed public property’, ‘assaulted journalists’ and created an ‘extraordinary situation’ because of which, the police had to ‘intervene’ in both these Universities to “flush” them out.

Support and solidarity has been pouring in for the student-led movement from within the country as well as international media and academia, few national and international mainstream and alternative media, and progressive activist groups across the world. The right wing media portals, their IT cells and WhatsApp groups backed by the BJP and the RSS are portraying this solidarity as a “nexus of Islamic fundamentalist organizations, foreign-funded NGOs and NGOs linked extensively to Maoists and Urban Naxals”. Apart from openly endorsing police action and the brutal police violence inflicted on students of JMI and AMU, their malicious rumour mongering and hate propaganda campaign against Indian minorities is running through organized circulation of messages by RSS and BJP-backed WhatsApp groups, social media networks and IT cells. These media portals stress on the urgent need to amend Article 30 of the Constitution, which upholds the right of minorities to establish and administer educational institutions, and remove Article 15(5) of the Constitution, which moves a step ahead and empowers the country to make reservations with regard to admissions into educational institutions both privately run and those that are aided or not aided by the Government. It is categorically stated that, while the “radical Islamic girls” in JMI and students in both JMI and AMU at large, are being portrayed as victims of police brutality, they raised “jihadist slogans” with “Islamic and Hinduphobic undertones”. A vitriolic campaign is going on in social media against Ayesha and Ladeeda, two women students of Jamia, by circulating their old Facebook post screenshots, to ‘expose’ their allegiance to ‘radical political views’. Ladeeda has been referred to as a “rabid Islamic extremist who gave a call for Jihad on social media”. These media portals have also used doctored videos, which ‘show’ the students raising ‘anti-Hindu’ slogans in both JMI and AMU such as “Hinduon se Azadi (Freedom from Hindus)” and “Hinduon ki kabar khudegi (We will dig the graves of Hindus)” respectively. The targeted State repression on minority institutions and the portrayal of Muslim minority character as essentially violent and uncivil is clearly evident in the narratives around JMI and AMU student struggle against CAA and NRC.

“I am on the streets because today they entered our universities, and tomorrow they’ll enter our homes,” said a Muslim student from JMI, who was protesting at Jantar Mantar. Scores of videos are getting posted online everday showing how police forces are barging into homes of Muslim people in Muslim-majority localities in Delhi and UP and creating havoc by throwing tear gas shells, attacking women and children, picking up men and detaining them and destroying their houses. The news about several Muslim people including a 8 year-old child getting killed by police forces in UP started coming in after Yogi Adiyanath’s public statement, which stated that his Government will take revenge! Karnataka is the first State to witness the death of two Muslim people, who were killed by Karnataka police in the Mangalore protest demonstration against CAA and NRC. The Tourism Minister, C.T. Ravi of the State of Karnataka stated that there will be a Godhra-like situation if the Hindu majority lose patience over CAA. BJP’s secretary of Gujarat, Pradipsinh Vaghela went on to mock the protests against CAA and NRC by tweeting – “Dawa chhidakne par keede bahar aakar bilbilane lage, toh iska matlab saaf hai ki dawa bilkul sahi hai (After medicine was sprayed, insects came out and started crying. So, the meaning is clear that the medicine is completely correct)”. A video of RSS-organised rally raised the slogan – “Desh ke gaddaro ko goli maro sala ko (Shoot down the traitors!)”. Language that is known to signal and trigger genocides is being used with complete impunity by the Indian State and the deeply entrenched anti-Islamic and Islamophobic campaigns by the right-wing media portals and the BJP IT cells are being systematically perpetuated by the Modi Government and its State machinery.

Author is a researcher at the Quill Foundation.