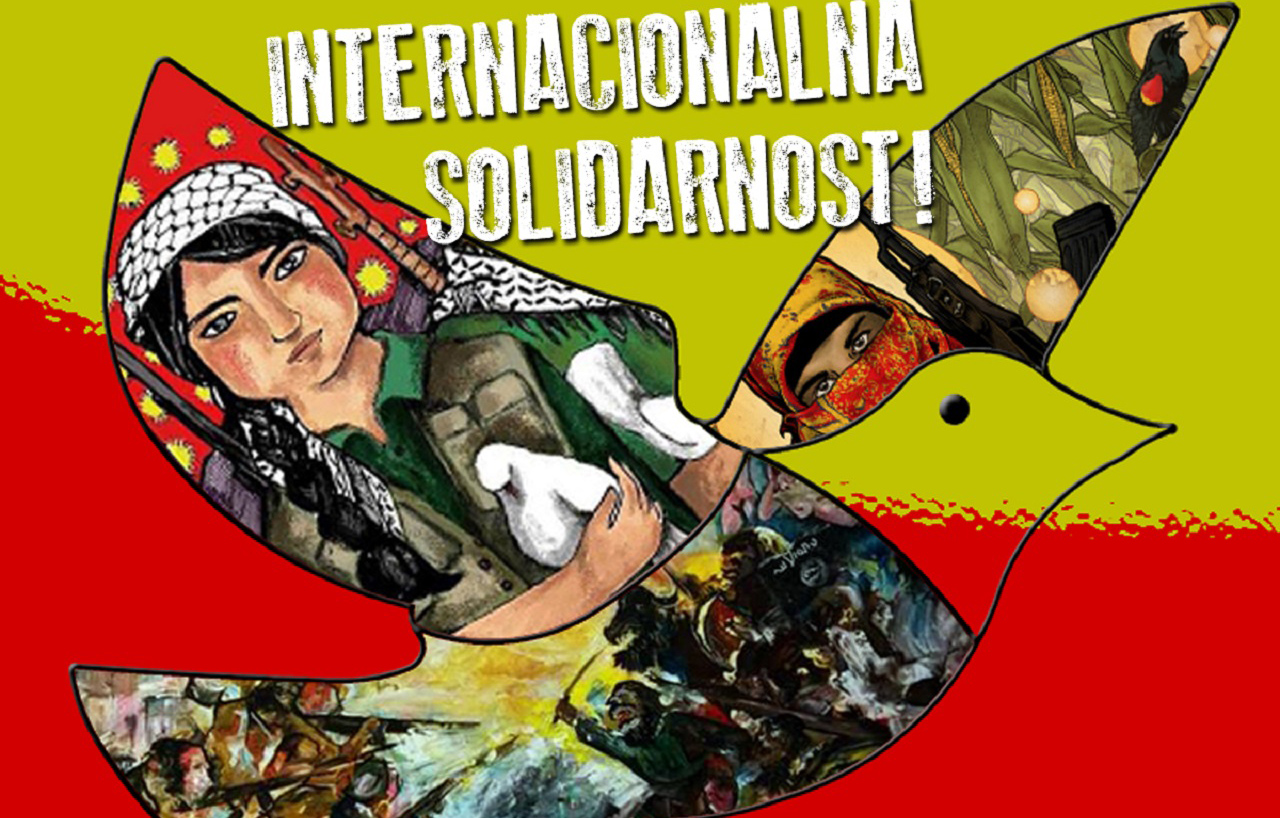 A group of international scholars, students, activists and organizers express their solidarity with the struggle of the Kurds and the people of northern Syria.

In response to the US troop withdrawal from Syria, decided by the President Donald Trump and his Turkish counterpart Recep Tayyip Erdoğan, and in anticipation of the military attack against the free people in Rojava that this deal enables, we consider it urgent and necessary to state the following:

1. The Autonomous Administration of North and East Syria, known as Rojava, represents the first political, anti-capitalist project in the Middle East that, based on Democratic Confederalism, promotes an alternative understanding of social organization which is built on the principles of non-state autonomy, self-determination, direct democracy and the fight against patriarchy. The autonomy of Rojava is a possible utopian world where interculturality, different and righteous gender relations and respect for Mother Earth are developed day by day. Rojava demonstrates that we must not resign ourselves to the atrocities in our time.

2. The first result of the struggle for autonomy in Rojava has been holding back the Islamic State and its fundamentalism. Today, this deal undermines the efforts made by the Kurdish-led Syrian Democratic Forces (SDF), jeopardizing the important achievements made against IS in Syria to date. As a matter of fact, Kurdish forces will have to relocate in order to protect Rojava’s northern border from the Turkish invasion.

3. The war against the autonomy of Rojava, which was built on the ruins of the Syrian state, has been going on systematically for years: attacks and invasions have been the norm. Following the US military forces withdrawal from the Turkish-Syrian border, this threat becomes more dangerous, and Turkey’s hostility towards those who fight for democracy turns into a real chance of genocide.

For these reasons, us signers of this declaration — scholars, students, activists, social and political organizations, people coordinating and in resistance — express our solidarity with the struggle of the Kurds and people of northern Syria, and shout our anger at this latest capitalist and patriarchal attack from the Turkish State, which is happening in the loud and complicit silence of the European Union and international organizations, and demonstrates how human rights are only defended when they obey the laws of the markets.

Defending Rojava means defending those who resist every day, in the Middle East as in every other part of the world, against the advancing atrocities. This declaration is a cry of rage, indignation and solidarity with our Kurdish brothers and sisters, who fight and die in the name of freedom and democracy.