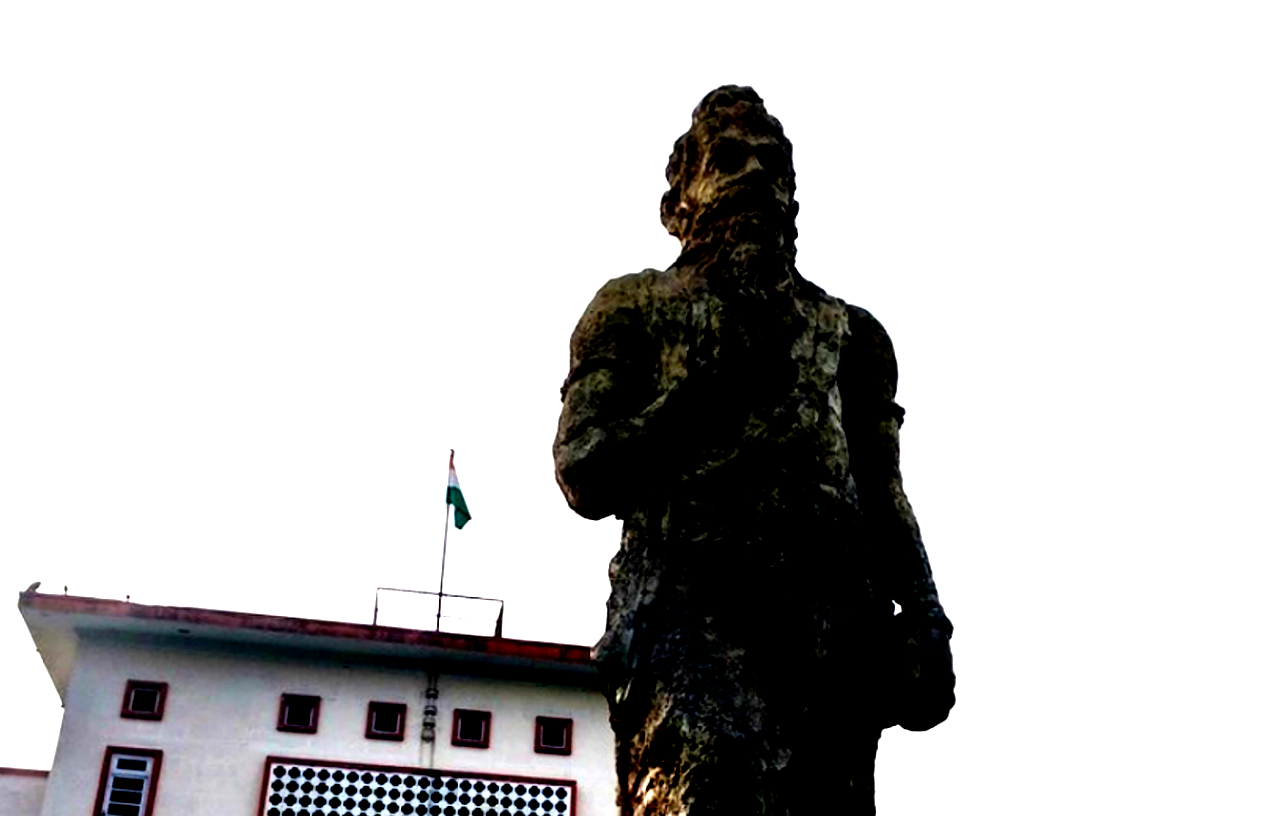 In a 2-part essay, Zeeshan Husain looks at the interplays of castes and gender from AD 600-1750, focusing on historian Irfan Habib’s Medieval India: The Study of a Civilisation (2007). Habib divides this period into three parts — early medieval India (AD 600–1200), India under the Sultanates (AD 1200–1500), and Mughal India (AD 1500–1750) — and uses the themes of economy, polity, society, science, technology, religion, literature, and art to study the three periods separately. Before moving into a more detailed discussion of its history, it is important to note that caste and gender hierarchies were already quite pronounced in pre-colonial India. In this essay, the author takes up the task of trying to understand the complex ways in which caste society was actually organised over this time and space.

Society in early medieval India was largely feudal. Caste divisions during this period possibly became more rigid than preceding epochs and became quite similar to the concept of caste as we understand it today — endogamous units with specific occupations. “In Sind, under the Brahman dynasty established in the seventh century, humiliating disabilities were imposed on the pastoral community of the Jats, seemingly taken straight out of the Manusmriti,” writes Habib. Brahmins remained the caste of highest status while ‘untouchables’ remained the lowest. Referring to the period from 600 AD to 1200 AD as the “Triumph of Brahmanism,” Habib draws upon the work of A. Berriedale Keith’s A History of Sanskrit Literature (1928) and describes the increasing influence of the Manusmriti. “At every level it points to an increasing prosperity of the Brahmans and their cults, and to the decline of Buddhism,” Habib notes. By the eleventh century, Alberuni could only write about Buddhism from hearsay. Citing Vivekanand Jha, Habib estimates that by the end of ad 1000 most of the outcastes became landless proletariat (p. 4) and that the number of the landless proletariat was increasing.

Production of more Brahmanical texts like the Smritis and Dharmashashtras increased the religious justification of the caste-order (pp. 25–27). Despite these, there were both vertical and horizontal shifts occurring in the caste order. Two instances could be cited as examples. The Kaivartas of Bengal were listed in the Manusmriti as outcastes. They rose in revolt in the eleventh century and finally, King Ballalasena (1159-85) accepted them as a ‘clean’ caste. Similarly, the Jats of Sind rose from pastoral outcaste status in the seventh century to Shudras in the eleventh century after fighting Mahmud of Ghazni who reigned between AD 998–1030.

The arrival of Islam had also started with the conquest of Sind by the Arabs. “By the time of the conquest of Sind, the Arab rulers had worked out a system of coexistence with conquered non-Muslim people,” says Habib. Using the chronicle Chachnama, and corroborating this with other Arabic sources, he notes that the Arabs lived peacefully with their “Hindu” subjects. As long as they paid land and poll taxes, their temples were not destroyed, and Brahmans continued to receive grants from the state, and the caste structure was maintained. The Brahman-imposed disabilities on the Jats “were maintained fully by the Arabs upon their conquest of Sind (AD 711–14),” Habib reminds us.

Castes in the Sultanate Period

During the Sultanate period, we see few changes happening in the caste system. “The village community and the caste system were not subverted, notably, perhaps because by helping to keep social order stable, they facilitated agrarian exploitation,” notes Habib. The enslavement of outcastes, which already existed prior to this period, increased over the thirteenth and fourteenth centuries, because of wars and an inability to pay taxes (p. 62). “In the Delhi market in the fourteenth century, a woman slave for domestic work cost no more than a milch buffalo,” writes Habib. Slave labour was mostly used for domestic service and crafts. New crafts required newer occupations and slavery might have helped in filling the gap which the earlier caste-based occupation model could not fulfill. Later, caste-labourers adapted themselves to the use of new techniques. “The way Hindu masons have left their marks, inscriptions and graffiti on important ‘Saracenic’ monuments that they helped to build,” possibly reflects this.

On the flip side, slavery also checked the indigenous growth of craft technology as slaves were already present to do most of the work. This might have caused some horizontal or even vertical shifts in caste structure. There is little reliable evidence about which castes and classes converted to Islam. “One large source of converts, well documented, was the class of war captives and enslaved persons. These could include captives of high rank,” writes Habib. A large-scale migration of Muslims happened from Punjab, Sind, and Afghanistan to other parts of the sub-continent during this period.

Caste in the Mughal India

The picture of caste society during the Mughal times is much clearer. We see a sharper class-based economic and administrative structure crystallising: nobles, zamindars, (upper) peasants, and landless agricultural labourers. Despite this, caste was the dominant structural feature of Hindu society. So when Abul Fazl (c.1595) wanted to record zamindars for each pargana (administrative unit), he simply recorded their caste (p. 158). Most nobles (mansabdars and jagirdars) were Muslims (Central Asian, Iranian, and Indian) and Hindu upper castes (Rajputs, Marathas, etc.) (p. 156). Similarly, most zamindars were also upper castes (notably Rajputs), “but there were many localities where both Hindus and Muslims and persons of different castes were also recorded together under the columns for ‘zamindars’,” says Habib, talking about Ain-i-Akbari. The concretisation of Brahmin supremacy, continuing since the early medieval times, maintained its acceleration in the Mughal times (p. 169) with the rapid proliferation of Brahmanical texts. Narayana Bhatta’s Manameyodaya (c. 1600), Vachaspati’s Vivadachintamani (c. 1510), and Mitra Mishra’s Viramitrodaya (approximately c. 1620) can be cited as examples of this proliferation (p. 170). Raghunandan of Navadvip in his Smrititattva went so far as to say that the Brahmans were the only ‘twice-born’ castes as Kshatriyas and Vaishyas have degraded into the Shudras (p. 170)!

The ‘untouchables’ were, during this period, maintained as the rural proletariat, and they faced growing religious sanctions. “In Kerala, a class of full-fledged agrestic slaves came from such castes. Agrestic slavery also existed in parts of Bihar and in the Ahom kingdom of Assam,” Habib writes. The caste system and the slavery it engendered made skilled labour extremely cheap in India. This in turn, albeit only partially, led to the stagnation in science and craft-technology especially as compared to Europe. “It could possibly be said that some of the hesitation to accept technological innovation arose out of the existence of cheap skilled labour in India,” says Habib. He has however also pointed at ideological factors that might have led to a “lack of curiosity in matters of science and mechanics.” He cites the example of the printing press: “The lack of interest in the printing press has long been cited as one further example of the Indians’ inability to accept a momentous invention which could have had far ranging consequences for Indian culture,” he writes.

Despite this increasing rigidity of castes, horizontal and vertical changes took place in the caste order, mainly due to the changes in crafts technology. Some tailors in eighteenth century Maharashtra turned into dyers and later differentiated themselves into a unique caste. There was some amount of occupational mobility: the Banjaras (grain carriers) in Uttar Pradesh were actually an assortment of five large castes, and the Banyas were also a group of competing endogamous sub-castes. We also see mercantile castes like the Banyas competing with the Khatris of Punjab and the Komatis of Andhra. Brahmans, Kayasths, and Khatris, after learning Persian, used to compete amongst themselves and with educated Muslims for jobs in the Mughal administration.

The growing hegemony of the caste order also led to counter-hegemonic movements during this period. A series of Bhakti sects arose (pp. 172–74), and ‘saints’ like Chaitanya (1485–1533), Kabir (d. 1518), Ravidas, Sain, and Dadu (d. 1603) worked against the deep-rooted casteism (pp. 175–178). However these anti-ritualistic panths soon developed rituals of their own, borrowed notions like the avatar status for their original preceptors, and ended up becoming castes-like institutions. The cult of Vishnu, according to Habib, was instrumental in this. “The other important aspect of Brahmanism, giving it an increasing space in the popular mind, was bhakti or devotionalism. Vaishnavism had, by AD 600, developed a system in which Vishnu could be conceived of as God, while his incarnations … could call forth a fervour of emotional attachment through devotional lore and the worship of images,” he writes. Thus we see that these sects succeeded only partially and eventually, their teachings were incorporated into the Brahmanical world order in later centuries. Sikhism also arose during this period; Guru Nanak (1469–1538) was against ritual pollution and caste order (pp. 179–80).

Despite all of these changes in the religious landscape, or in the administrative orders of this country, medieval India witnessed the growing strength of the caste order, so much so that both Muslims and Christians (p. 192) absorbed it eventually, though this remained much weaker as compared to the Hindu social order.

Habib’s work shows us that caste is not an ahistorical phenomenon. It has a historical trajectory. Almost all the castes have undergone change over the past 1500 years. Brahmanical supremacy is equally shared, if not challenged, by other savarna castes. Our understanding of caste owes much to British intervention, but this was definitely not an ‘invention.’ New castes were born, and old castes also changed social positions. Like all other social categories, caste too has a journey in the ever-changing passages and pages of history.

The author is a research scholar in Sociology, at the Jawaharlal Nehru University.

Feature image: A statue of Manu at the Rajasthan High Court.